Yesterday marked one year since my boyfriend and I have been together :) We met in our freshman year of high school and were friends but we became a couple during the first few months of senior year. It's really crazy how much has changed in a year and I really miss high school and all the friends that I got to see everyday. Now my boyfriend and I are about two hours away from each other because he dorms at his college while I stay in the city. So this is just a little personal post I wanted to do and I had no more pre-written drafts to post anymore :) 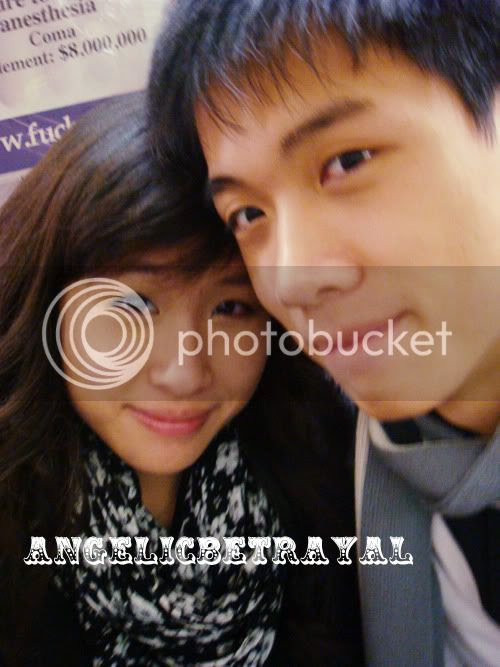 The above picture was taken on the subway and the lighting was horrible. We turned out green! Thanks to my amazing photoshop skills (lol) we came out normal colored again! We had agreed to dress a little more formal than what we usually wear so this was my outfit. 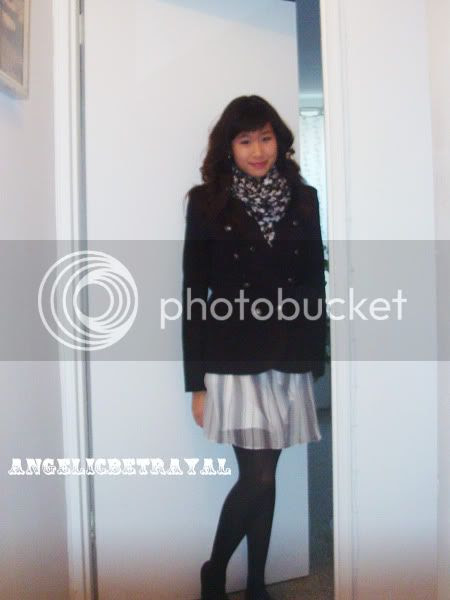 The quality is bad because my camera decided not to focus but after color editing the picture it took on a kind of rustic-y photograph feel. You've seen the blazer and scarf before in a few of my other pictures. 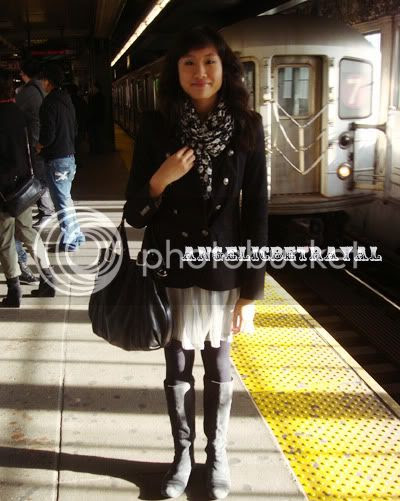 I think I've shown an OOTD with those boots as well. The bag is from Cole Haan and the skirt is from Club Monaco. I really liked how my outfit turned out and surprisingly I was extremely warm because the weather here is so spasmodic. Excuse my strange, strained attempt at a smile in the picture above haha.

We went to the library where I picked up a book, visited a friend at her part time job, and ate chicken kebabs from the street vendors (my new addiction) in Flushing. Then we hopped on the train and headed to Union Square where we proceeded to walk uptown and we dropped into a bunch of stores in search for a new coat for him. I saw a bunch of things I liked but I'm trying to be good and apply my month long ban to clothing, shoes, bags, and accessories.

We had planned to eat at this fancy restaurant called Gramercy Tavern on 20th street between Broadway and Park Avenue I believe. But the wait was an hour and a half since the tavern section of the restaurant does not take reservations. So we wandered around the area and found a seafood restaurant around the corner. 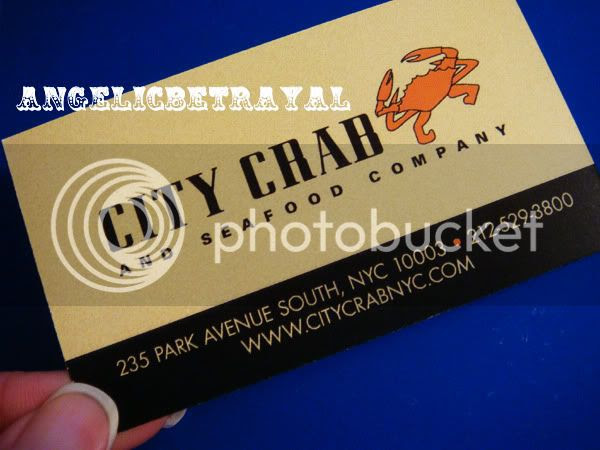 It's a pretty typical American seafood restaurant and the prices are reasonable. They had a pretty extensive menu with shrimp, crab, lobster, oyster, and clam choices as well as some pasta entrees. For appetizers I had the New England clam chowder ($7) and he ordered calamari ($11) which we shared. I forgot to take pictures of these but they were quite good. Nothing spectacular but not bad at all. 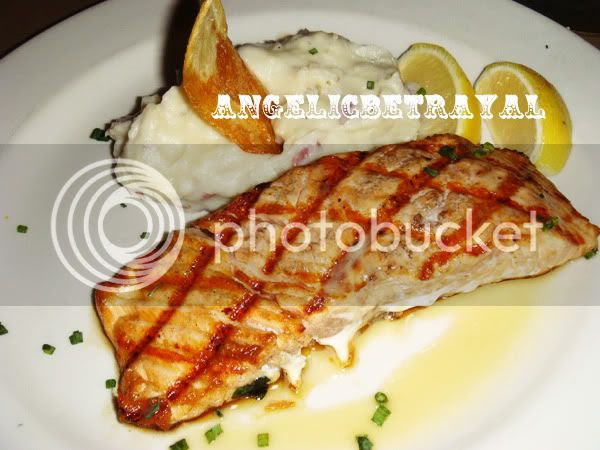 I usually order some kind of pasta dish so I decided to do something different and I got the salmon entree instead. I love seafood and I eat all kinds of it but I didn't want to get my hands dirty with crab legs or anything. The fish entrees come with a side of your choice. There were about a dozen choices like french fries and the like but i chose homestyle mashed potatoes. The salmon was cooked well and it felt smooth in the mouth but it had a fishy taste which I don't mind but I know some people can't stand. 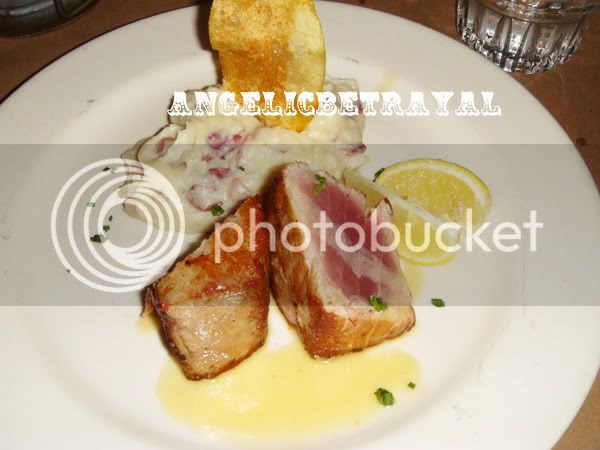 He got pan seared tuna with mashed potatoes as well. The tuna was alright but the sauce it was served over was really good! It may have just been butter, I'm not exactly sure, but it tasted really good with the tuna. Both of our entrees were $21 each.

Overall we had a good time and the atmosphere of the restaurant was very casual and easygoing. It was dimly lit and cozy and the sound level was decent, not too quiet to the point of awkwardness but not too loud where we had to shout to hear each other. Our server was also really helpful and polite. I'm not sure if I would go back since I have a lot of places I want to try out but it was a nice place for dinner.

So that was my little ramble post on a special day for my boyfriend and me :) Hopefully in a year there will be another post like this one ^^