What Keeps Me Busy & An EOTD!

The past three months since I've started college have been super hectic and although it feels like not much has changed, I've been busier than ever. Throughout high school I had been busy commuting to and fro from school for three hours a day, afterschool extracurriculars, piles of homework and assignments as well as studying for texts. Although I no longer receive nightly homework assignments, my essays, presentations, and projects have doubled and I've been trekking around the city a whole lot more. On the one hand I've enjoyed visiting several museums and exhibits I'm also very tired as a result. In the past three weeks I've seen a Broadway show, Off-Broadway play, and this past Wednesday an opera. I just wanted to do a post on some of the things I've gone to see these past few months. This is only a handful of places I took pictures of and if I talked about every place I went to this post would take two days to write. 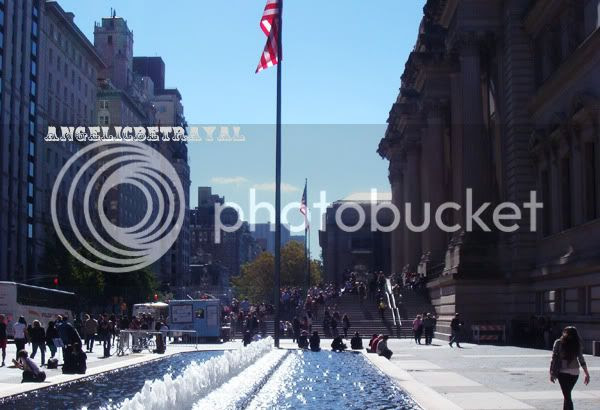 If you're a New Yorker you've probably been to the Metropolitan Museum of Art before and if you haven't you're missing out! I've visited twice in the past few months for my Art History class but I've been here several times in the past for school field trips, projects, and the like. The museum is located on 82nd street 5th avenue which is very easy to find from the nearest subway station (86th street stop on 4,5,6 trains). I really enjoy the atmosphere as the museum is situated right against Central Park. After you're done browsing the artworks, take a relaxing stroll in the park! 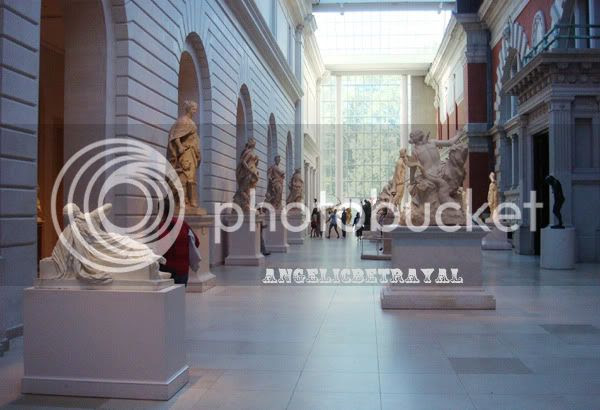 The museum is simply huge and it's pretty much impossible to see everything in one day so do some research on what you think you'll be interested in! Oh, and admission is pay as you wish (a donation) so you can give any amount you want but there are suggested donations. 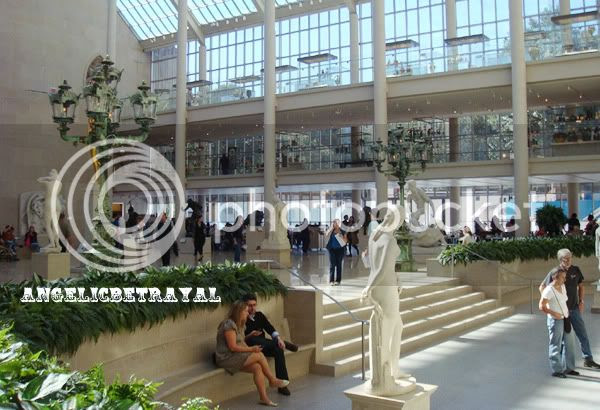 I believe this is part of the American wing and there's a house with several stories you can walk through. The Met is somewhat like a maze in that you can easily get lost within the many sections and chambers. Be sure to get a map! 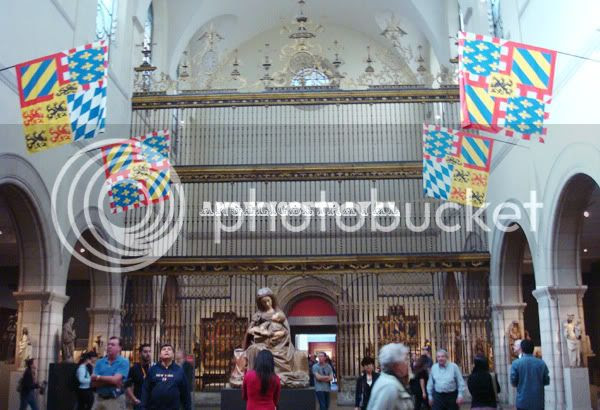 I think this is a great museum for all age groups and there are many, many artworks to see of all different kinds. On the first floor there is mostly sculpture while the second floor has paintings, photographs, etc. 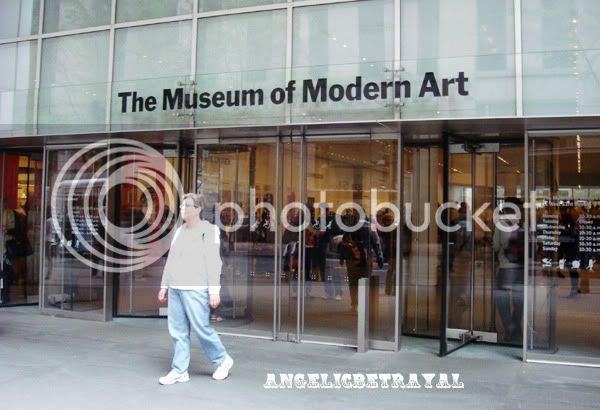 I also visited the MOMA for the first time and although I don't exactly enjoy abstract, expressionist artwork I found the museum to be an engaging experience. The MOMA and the Met are very popular museums and are usually flooded with tourists so if you mind crowds these might not be the best places to go to spend a weekend. 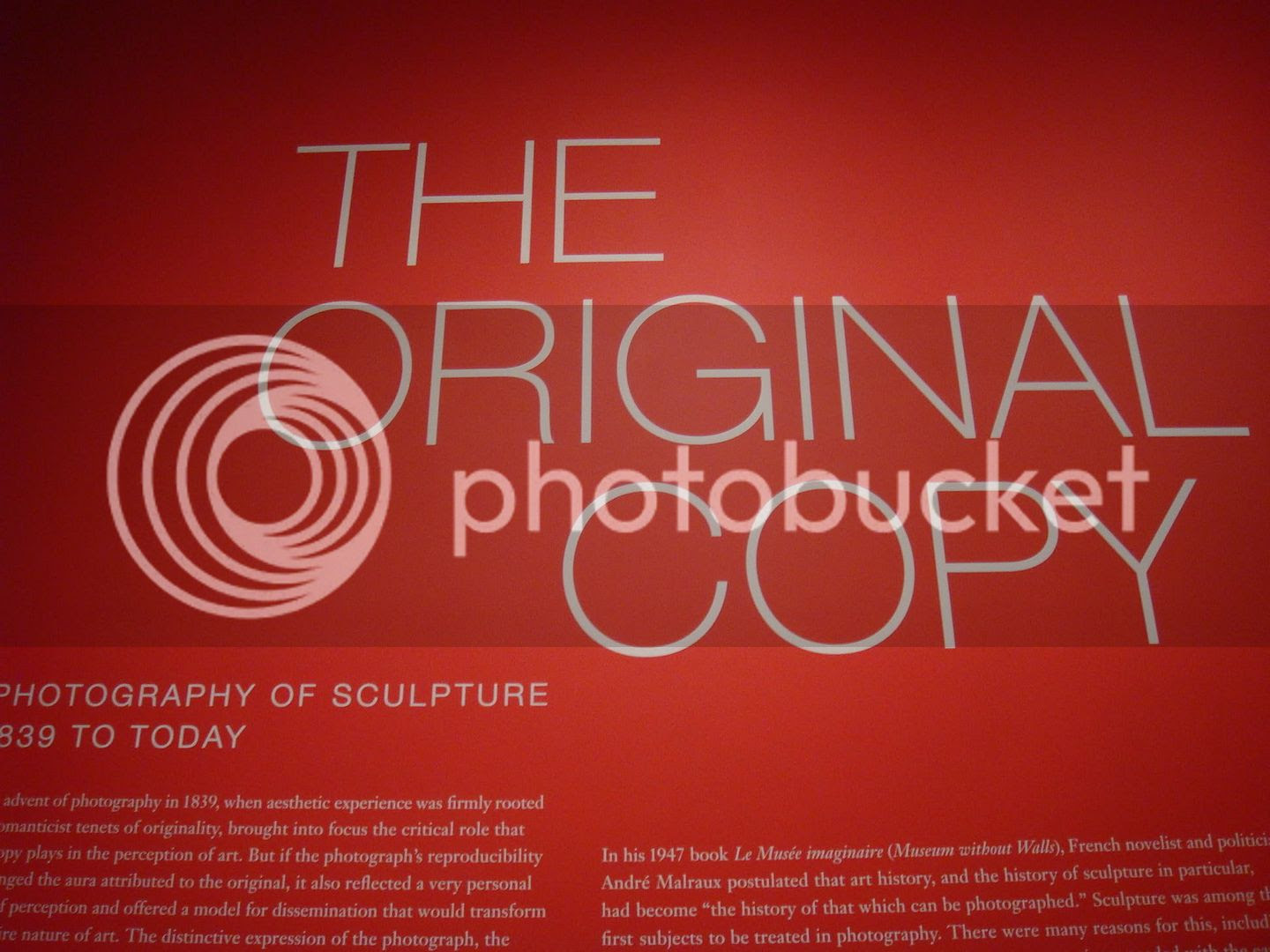 The exhibit I was required to view was Copy which was a collection featuring photographs of sculptures. While some depicted actual marble sculptures, others were more abstract and flexible, showing nude bodies, chewed pieces of gum, etc. Photographs were not allowed in the exhibit and unfortunately the exhibit ended on November 1. This was a wall near the entrance of the exhibit showing a sampling of the photographs being shown. I enjoyed this exhibit but unfortunately I can't say the same for some of the permanent wings. 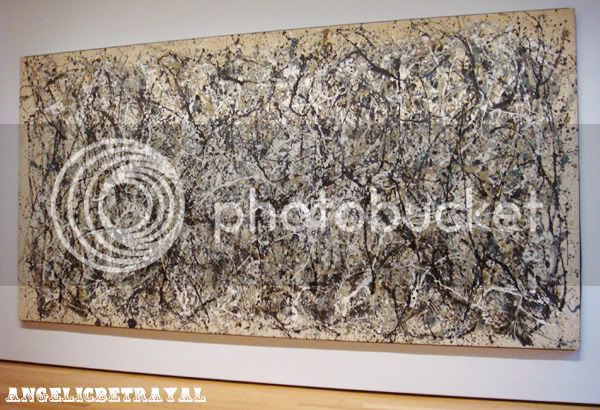 This is a painting by Jackson Pollack done in 1950. Although it is somewhat visually engaging, I can't help but to think a five year old could have pulled this off.

Two weeks ago I went to see The Scottsboro Boys, a new and somewhat controversial, musical based around the actual historical event. The music was by Fred Ebb and John Kander who also did the music for Chicago. I actually enjoyed the performance very much and highly recommend it though it isn't exactly a typical muscial. The singing and dancing was on point but the plot and subversive elements may be a little much for some. Last week I also watched "Tigers Be Still" a new play by Kim Rosenstock and although it was a very small production I also enjoyed it but I'm pretty sure it's not being shown anymore. If you're visiting New York you should definitely see a Broadway show or check out an Off-Broadway play! It's a great experience and not something you can do anywhere. 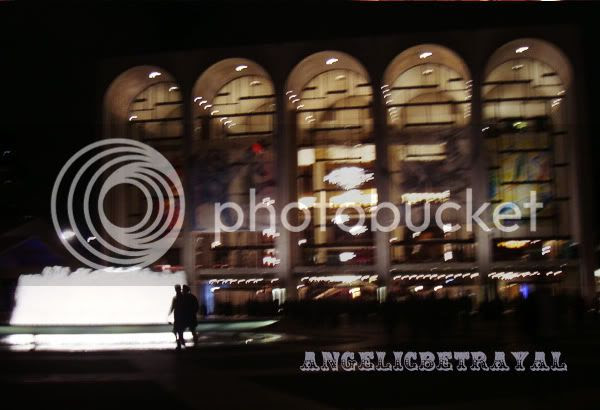 The most recent event I attended was Cosi Fan Tutte, an opera at the Metropolitan Opera at Lincoln Center. The venue itself is gorgeous with the grand chandelier and high ceilings. This was my first time at an opera and although I had high expectations I wasn't exactly blown away. The opera lasted three and a half hours with intermission and by the end of it my head kind of hurt. 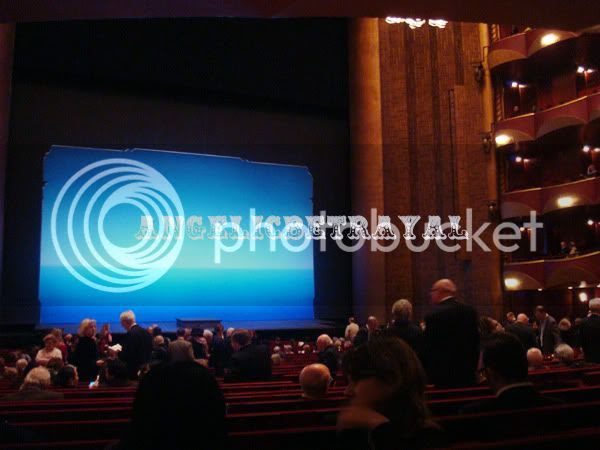 The stage itself was quite creative and the set was constantly changing. To be honest I expected the costume changes to be more elaborate but I guess that varies with each opera. The singers did a great job and their vocal skills are no doubt amazing but the constant loud singing might not be for me. Overall, I will probably be more hesitant to attend operas in the future. 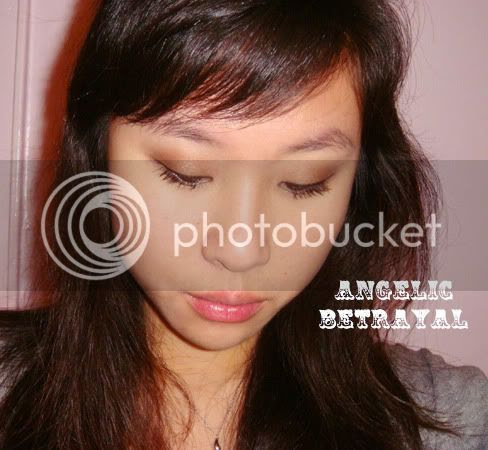 I attended the opera on Wednesday evening so I had a full day of classes in the morning. My makeup had to last from 7 in the morning to 12 at night and amazingly it held up pretty well. I've been wearing only concealer and mineral foundation for the past week as I want to let my skin recover from my monthly bouts of acne >.<. I think I'll do a post on what combination I've been using for my face routine soon. On my eyes I used Urban Decay Primer Potion, Revlon's Cream shadows, E.L.F's Butternut quad, and Wet n' Wild's gel liner. This is pretty much my go-to look for everyday smokey eyes and it lasts for hours and hours! 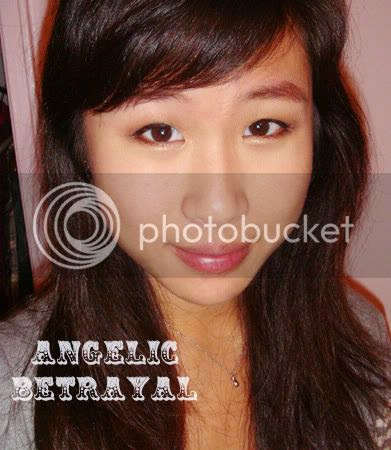 I took these pictures before I left the house in the morning so my face is a little puffy :/ I also hate my brows and I seriously need to get them done professionally soon....

So that's it for this super duper long post! This is why I don't have as much time as I need to do more frequent posts!! :( I hope I will get to make a tutorial sooner or later.... Also, my shopping ban is going really smoothly! I've been window shopping often and even though I see a lot of stuff I like I'm restraining myself :D As for my makeup ban, my Project 10 Pan is going very very slowly and even though I'm not awfully tempted at the moment I may make some exceptions during December :) We'll see!

Labels: about me EOTD