My winter holiday is finally coming to a close and the past month seems to have flown by. Although I spent much of my vacation indoors on account of all the snow, I'm grateful for all the extra sleep I've been getting and the much needed "catch up" time I got to spend with a few of my close friends from highschool. I would post up group pictures but I don't feel like asking all of them for their permission and whatnot :/ I don't think I've done a personal post in awhile so I thought I'd take a break from rambling about eyeshadow and lipgloss and show you some yummy food and whatnot ^^

Yesterday my boyfriend and I got to spend one last day together before he has to go back to college and we decided to go to the city to have lunch and walk around. I edited the pictures from yesterday a little bigger so that you guys would be able to see better :) I think you guys probably know already but if you click the picture, it will expand. 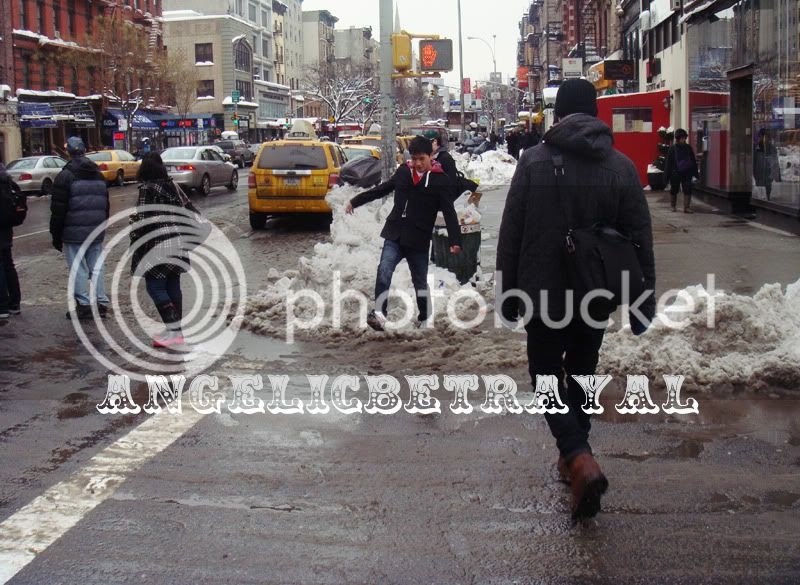 It snowed over five times this season already and that's quite a lot compared to what we normally get. About a foot of snow fell this past week and it made walking around a huge mess. I had knee high rainboots so I was pretty much ten feet ahead since I didn't have to walk around puddles haha. 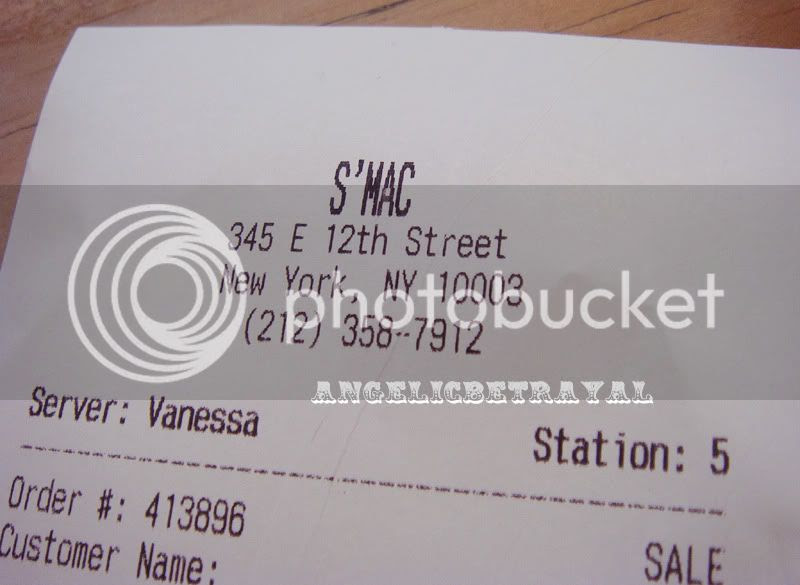 We ate at S'Mac because I saw the restaurant on some Food Network show and I love pasta and cheese. This place only serves mac n' cheese but they have a variety of recipes and you can even make your own! I keep forgetting to take pictures of the outside of places to show you guys >.> You can check out their menu and information on their website HERE. 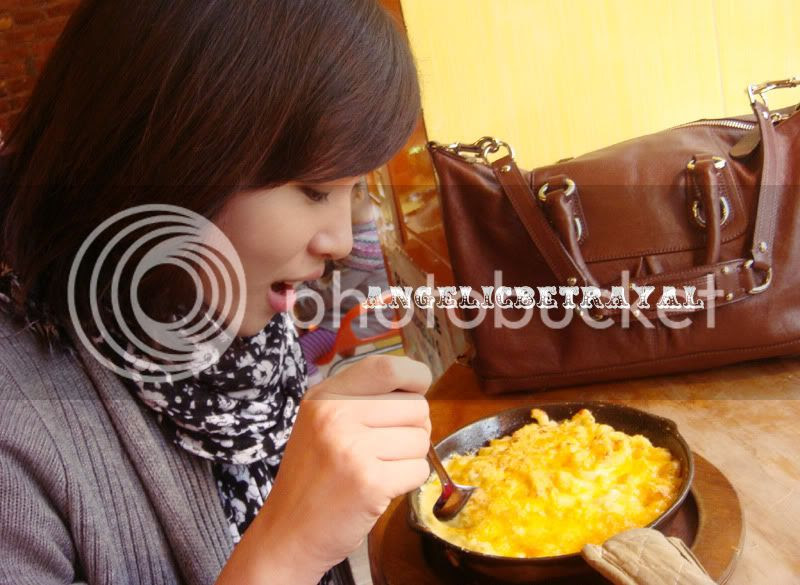 I ordered one of the preset options which was 4 Cheese and it was super cheesy (of course). There are a few sizes you can order and I got the second smallest which was Major Munch and it was actually too much. I can eat that plate for two meals! 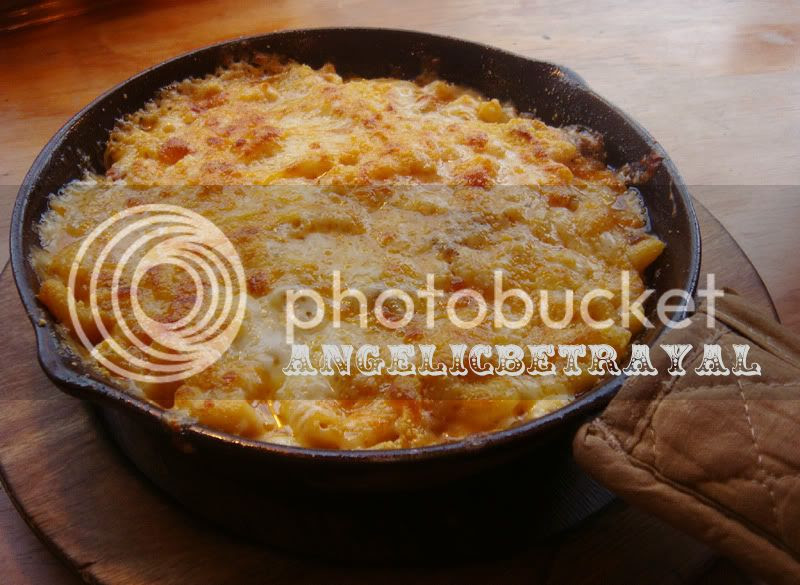 My boyfriend made his own and asked for a bunch of things like BBQ sauce, blue cheese, ground beef, and more things I can't remember. It was a little too tangy for my taste but I think he enjoyed it :) It's a pretty small restaurant and when we went it was quite crowded so I wouldn't recommend this place for large groups. It's nice if you have a small trio of friends and want a hot, cheesy meal ^^

Afterwards we headed to Central Park because it pretty much looks amazing during any time of the year. If you're ever in the area you definitely need to go to the park and considering it's right in the middle of Manhattan and it's enormous. 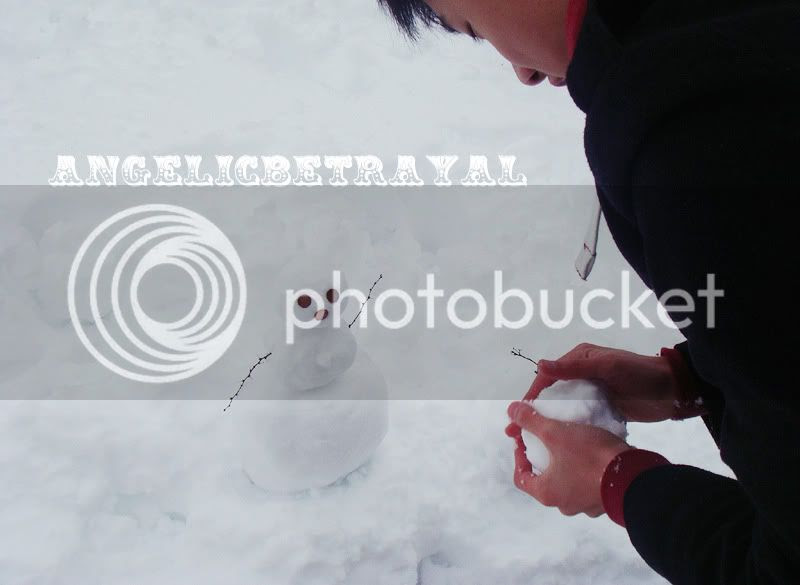 While we were walking through the park, we saw this lonely snowman.... So we decided to make him a friend! 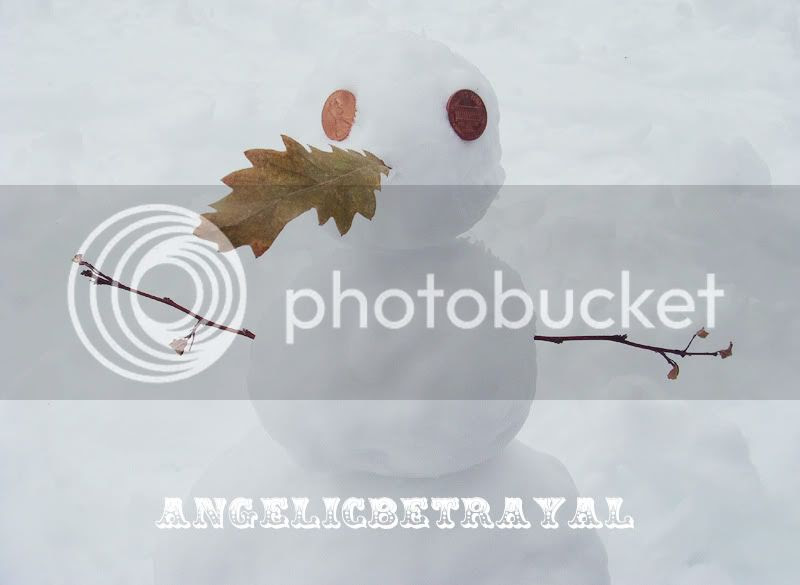 Tada~ Haha the leaf was actually supposed to be the nose but now it looks more like a pipe. 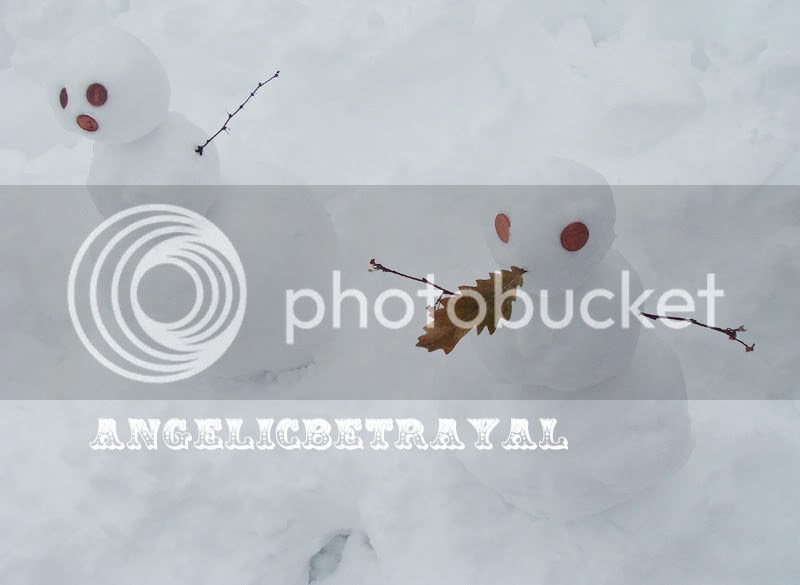 I wonder if they're still sitting at the park :) 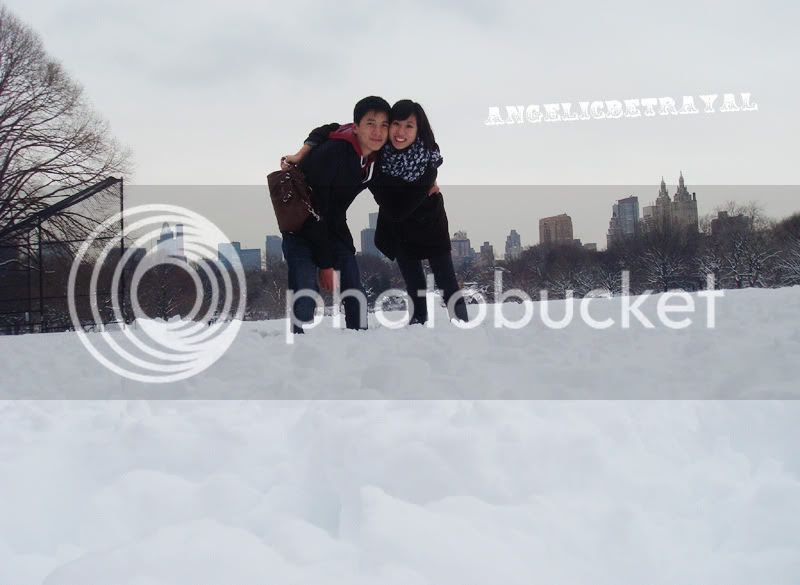 I wanted one picture of the two of us but it was so difficult to made a level tri-pod of sorts out of containers of leftover mac n' cheese. I put the camera on self timer and ran through the snow to be in the picture. It was difficult to stay balanced which explains the weird pose :) All in all it was a really fun day and a nice ending to winter break. Now for a couple of random shots from the past month! 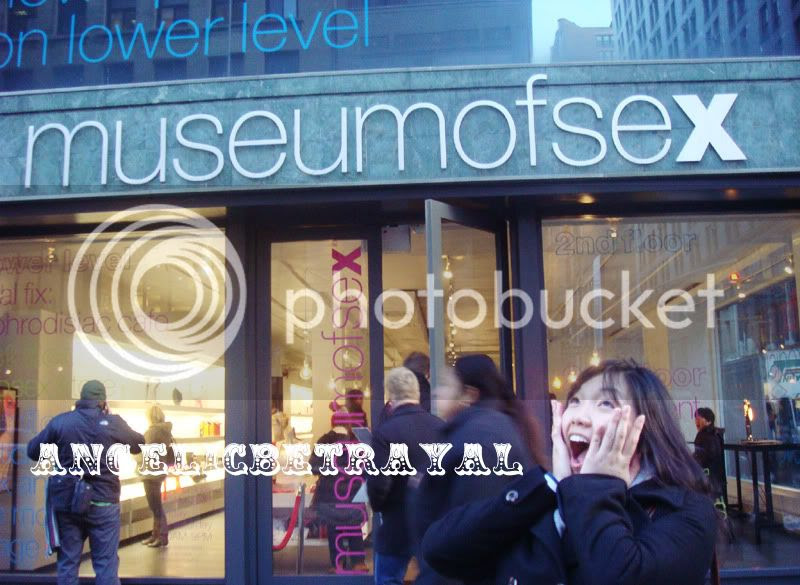 A bunch of my high school friends and I went to the Museum of Sex and it was... interesting :) Haha, it's not for the faint hearted innocent youngsters and it definitely requires some maturity. The first floor is a shop which does not require an admission fee so you can check that out for some laughs ^^ The museum is located on 233 fifth Avenue on 27th street. 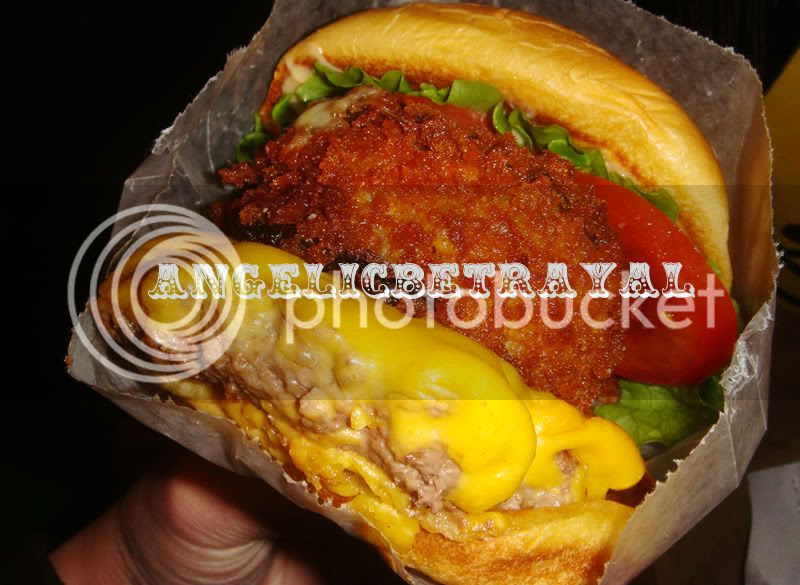 I was craving a cheeseburger so we went to Shake Shack at Madison Square Park and I ordered the Shake Stack which has their regular cheeseburger and shroom burger in one. It was SO good :) I will definitely be coming back here soon. 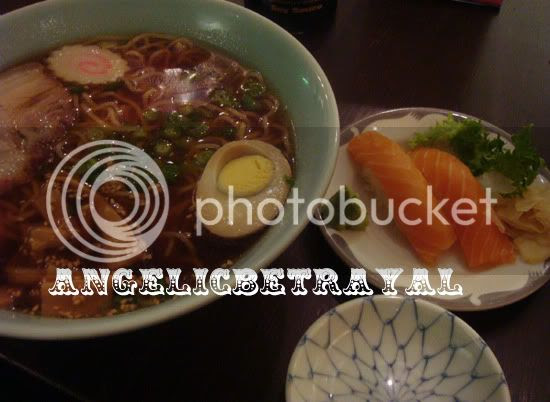 Actually we also ate lunch at St. Marks earlier that day and we opted for one of the many Japanese restaurants there. It was my first time eating at St. Marks and I forgot the name of this place but they had 50% off all sushi rolls. I ended up getting a simple ramen combo with salmon sushi and it was good but nothing amazing.

My boyfriend and I really like little critters so we always find ourselves in pet shops since we do not have any pets of our own. We can easily spend an hour at a pet shop observing the bunnies or puppies. 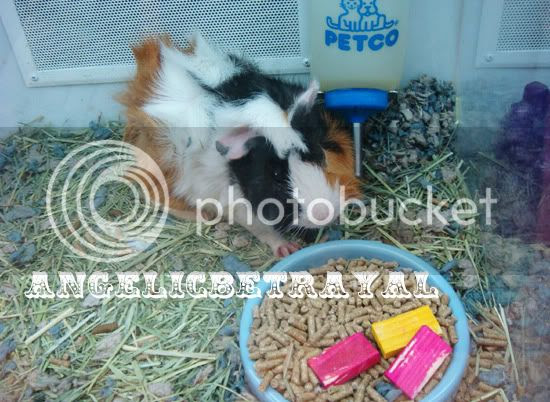 This little guy was so adorable because he looked so flustered :) Yup, so that was a quick look at a few moments of my vacation. I'm somewhat looking forward to a new semester at school because of the classes and it'll be nice to have a schedule again. At the same time I know that about two weeks from now I'll be pining for Spring Break.


Labels: about me food