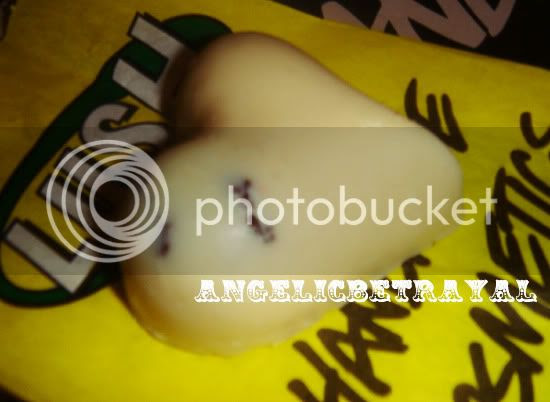 I previously reviewed Lush's Once a Year Massage Bar HERE and while I was impressed by its moisturizing properties, I found the glitter extremely irritating because it got everywhere. I hoped the other two bars I bought would fare better. Coincidentally the two other bars I purchased are featured on Lush's website as Valentines appropriate products :)

One of the massage bars that appealed to me was Soft Coeur because who can resist a heart shaped bar filled with honey and chocolate goodness? According to the woman who helped me you can even eat (or lick) this massage bar. When she said that my boyfriend totally perked up and looked a lot more interested :) I enjoyed the scent of this bar the most out of the three I bought but it does not smell like honey or chocolate to me. My boyfriend also liked how this smelled and he said it smelled like chocolate *shrug* According to the Lush website, this is supposed to smell like the Honey I Washed the Kids soap which everyone seems to love. I have yet to try that soap but I hope to in the future :) You really have to smell everything yourself since it is really hard to describe the complex flavors of Lush products.

This moisturized just as well as Once a Year minus the glitter which was nice. But while the pieces of chocolate in it were nice to look at, I don't know how I feel about rubbing sweets on my skin. Also, this is one of the smaller massage bars, weighing in at only 1 ounce and costing $8.95. Most of the other massage bars average between 2 to 3 ounces and cost around $9.95. So in terms of the amount you get, this is one of the more expensive massage bars. Even though I liked how this smelled and looked, I will probably not repurchase this as it is quite pricey and the chocolate pieces are not very appealing. I do think this makes a special treat when you want to end a romantic evening (maybe with someone special) ;) 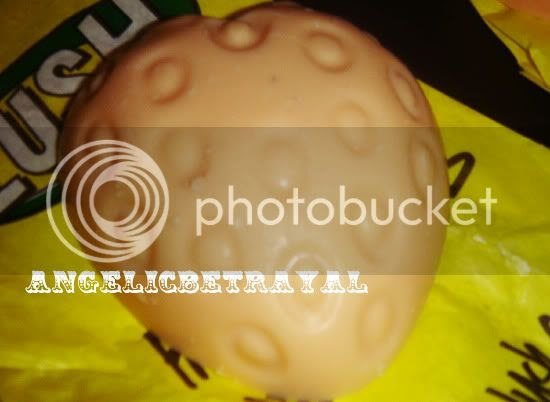 Another adorable looking massage bar is Strawberry Feels Forever which resembles a strawberry. This is more than double the size of Soft Coeur (2.6 for $9.95) which makes it a better value. I like the shape of this bar because it makes grabbing onto it and rubbing it onto the skin a lot easier. It is also very moisturizing and after testing three bars I think it's safe to say all Lush massage bars are equally moisturizing and emollient :) However, I think this particular bar takes a bit longer to seep into the skin so it may transfer onto clothing and whatever you touch.

The bar is said to contain real strawberries and you can actually see some of the tiny strawberry seeds dispersed within the product. This is supposed to smell like the Yummy Yummy Yummy fragrance which again, I have not tried. I probably will not try that fragrance because I think the scent of this bar to be extremely sweet. So sweet to the point that it smells artificial and unpleasant. Okay, maybe I'm exaggerating but I just do not like how this smells very much. It's not a huge issue since I can't really smell it unless I literally sniff my skin... but still.

I have my eyes on Mange Too and Therapy but I think I'll stick to more inexpensive body lotions in the spring and summer when my skin is less dry. Overall I like the Lush massage bars and I think everyone should give them a chance especially if you have dry skin. However, I think these are quite pricey so I would not purchase them throughout the year. Tell me what you guys think of Lush's massage bars or which ones you would want to try ^^