As I said before in my last post, the past few days have been pretty hectic mostly due to school. Tests, papers, and speeches all tend to fall within the same week which means I barely have time to read all the new posts by bloggers I follow much less write my own. I have a FOTD and EOTD to share with you guys that I wore last week. These were from two different days and they're really nothing special. I'm not even sure if this post has any point other than to say I'm still alive and kicking! 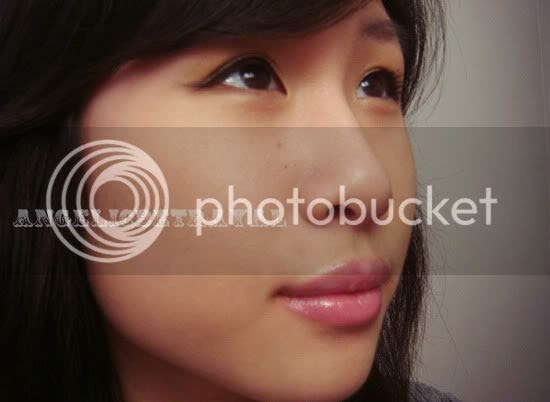 This was a really simple face of the day consisting of neutral, barely there eyeshadow and I winged out my liner a bit more than usual. It was actually an accident but I was too lazy to redo everything so I just left it alone and it still looked wearable. I forgot what I wore on my cheek but on my lips I wore Revlon's Lilac Pastelle Lipgloss which I LOVE. I didn't think I would like this gloss but I was pleasantly surprised. In real life my lips don't appear as dark or berry colored like the picture shows but more of a pale blue-based pink. It really is pretty :) 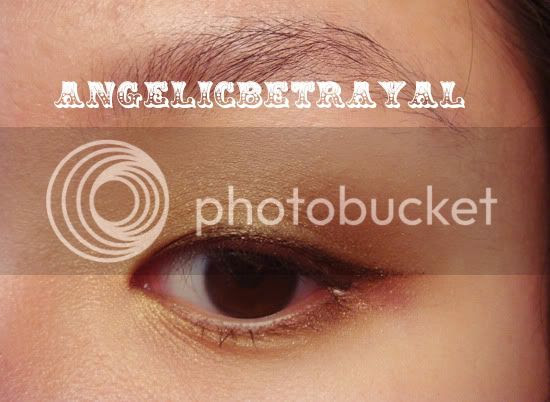 I also wanted to test out my Inglot eyeshadows because I have a tendency to buy eyeshadows, swatch them, and never actually use them. So I wanted to play with them at least once just to make myself feel better about the purchase. I did a golden bronze eye and lined my eyes with E.L.F's cream liner in Copper. I think I will be wearing this sort of look very often for this upcoming summer.

Even though I have not been posting as consistently as I usually do, I'm surprised that I'm getting a few new followers almost everyday. So thank you to my old and new followers for supporting my blog! Even though I write entries pretty much for my own enjoyment, it's nice to see that people appreciate what I do.

In terms of what's coming up for the next few weeks, I have bought a few (only two) beauty goodies over the past week. But I will be picking up some more stuff tomorrow and in the weeks to come. So there will be new hauls and reviews! Also, my Project 15 Pan is pretty much done even though I've cheated many times but I will address that in the separate post. That means I will be announcing my giveaway before the end of the month! I wanted to post this small (by small I mean pretty small) giveaway awhile ago but I still need to get one more product for the prize! So stay tuned everyone :)