Friends, Food, Friday - What More Could You Ask For? 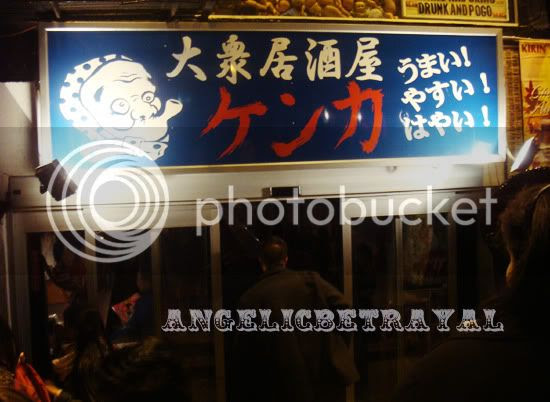 Two Fridays ago (this is an overdue post!) my friends and I got together for a fun, relaxing dinner at Kenka, a Japanese restaurant located in St. Marks. I had never been to the restaurant myself but someone recommended it and the reviews on Yelp were pretty good so we decided on this place. The restaurant does not take reservations and it gets super busy so everyone is obligated to wait outside until their name is called. We had a party of ten so it took a bit of waiting but it wasn't too bad since we took the time to reconnect with each other :)

Kenka is a pretty strange place, but not in a bad way. The restaurant has somewhat lewd posters on the walls and some interesting "rules" on the back of the menu. The menu is really large (literally) and there are quite a lot of options to choose from. The prices are also reasonable; appetizers are around $6-$8 and entrees around $8-$12. There's some typical fare like ramen and udon and also some more unique options not for the faint of heart. I'll get to those options more in depth later ;) 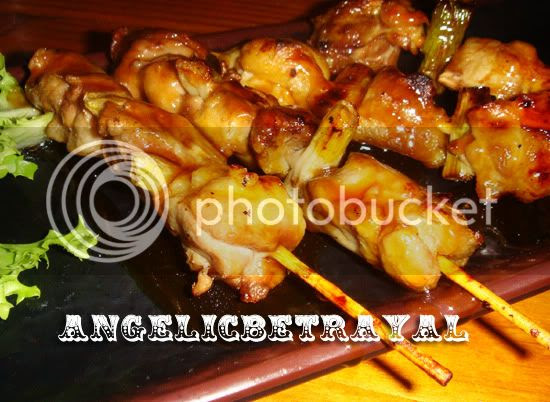 I love that the menu included pictures of pretty much everything they had. The appetizers looked very tasty so I had to order some! The first thing I got was chicken skewers which were decent, nothing amazing but not bad. One downside to this place was the slow service. They literally brought our food one dish at a time with about five minutes apart each. That's a problem when you have a table of ten because by the time the last person gets their dish, the first person is done with their food! 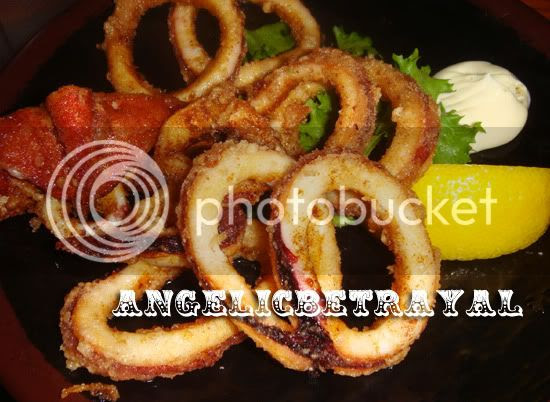 I also got the kalamari which was hands down my favorite thing I ordered. This was actually really good and if you like kalamari, get this! The squid was not too chewy but just right and not too oily either. 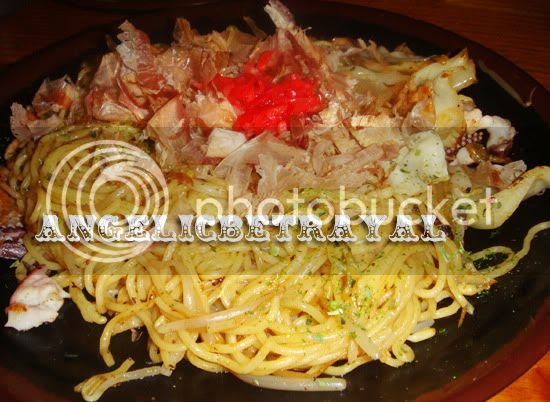 For my entree I ordered the fried soba (I don't remember the exact name). Those flakes on the top of the noodles were on top of all of the noodle entrees and they moved! It was really strange but we got a good laugh out of it when one of us thought the flakes were alive. The noodles had a nice texture, soft and somewhat chewy, but the taste was not for me. It had a really strong grilled, barbecue flavor which didn't taste Japanese at all to me. I would have preferred less barbecue flavoring. 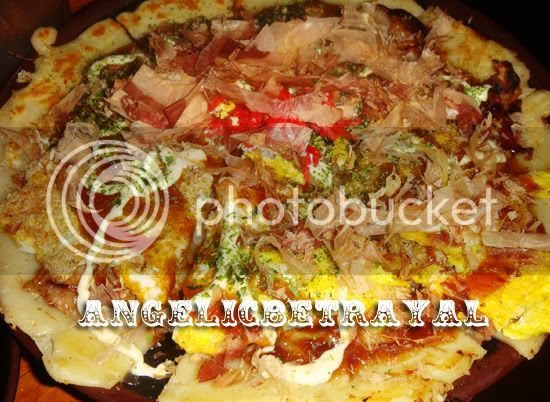 My boyfriend got the same noodles sandwiched in-between two pieces of flour pancakes. Again, same flakes and barbecue flavor. I tried some of the pancake and it was quite good. I think they pour the barbecue sauce on the noodles while they cook it and drizzled it over the pancakes as well. 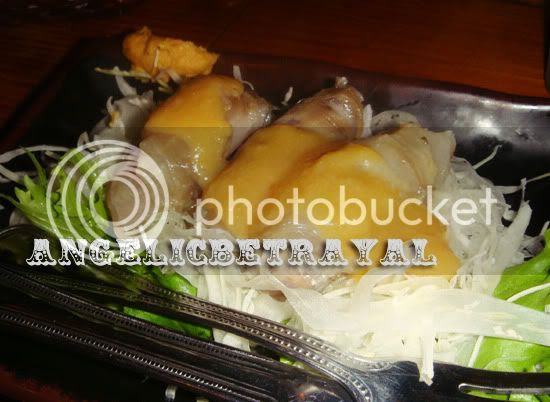 Now for the unique dishes I mentioned before. What you are looking at above is actually bull's penis. One of my friends had to get it and he and some of the other guys split the pieces amongst themselves. Overall, they were not fans of the slimy, flavorless chunks. 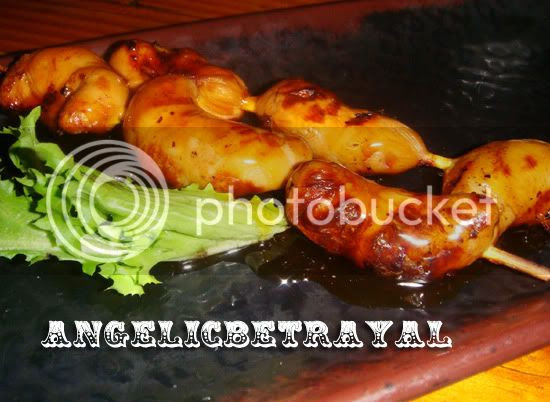 No, those are not sausages. They are actually turkey testicles that the guys sampled. Apparently this was much better than the bull's privates :) I have not much to say since I did not try either of these dishes. If you're looking for something different and interesting, these are affordable choices at only $6 an order. 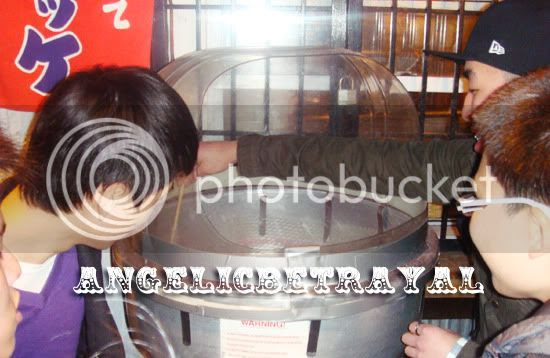 Probably one of the things that Kenka is most famous for is their cotton machine. At the end of your meal, the waiter or waitress will give you small cups of pink sugar so you can make your own cotton with the machine located right outside the store! 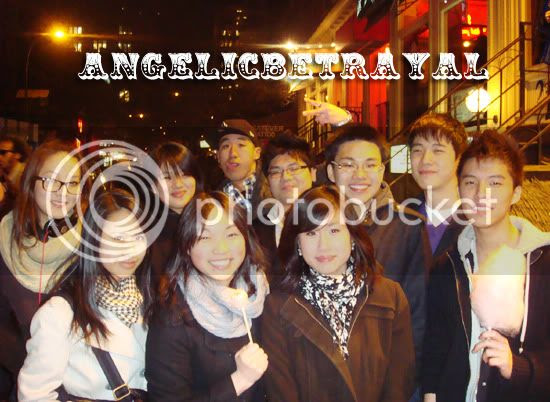 Group picture! I didn't feel like blurring out everyone's faces... so I didn't :P I'm actually about two or three inches taller than how I appear in the picture because I was squatting down so I wouldn't block anyone behind me ^^ Overall I had a good time but I'm not entirely sure I would come back to Kenka. I think it's a good hang out spot if you're craving a late night snack, you don't have much money, and you're in the area. But if you're looking for really good food, look somewhere else.

Labels: about me food