After two weeks of hopping around the West Coast with my family, it's great to be back in New York and back to blogging! I made sure to take a ton of pictures (remember you can always click on the pictures to enlarge them!) so I could share some of my experiences with you all because I personally enjoy reading other bloggers' travel posts. I will be splitting up this trip into several parts because I visited quite a few places and I don't want to overload and bore you. I also want to mention that I had no idea how cold it was in the West Coast. For some reason I had the time to Yelp all the hotels we would be staying at but neglected to check the weather.... My skin suffered quite a bit and I barely wore any makeup throughout the trip. I bundled up in my mother's sweaters for almost half the trip and so unfortunately I will not have many outfits or faces of the day to share. That being said, let's see what I did at the first stop on my trip! 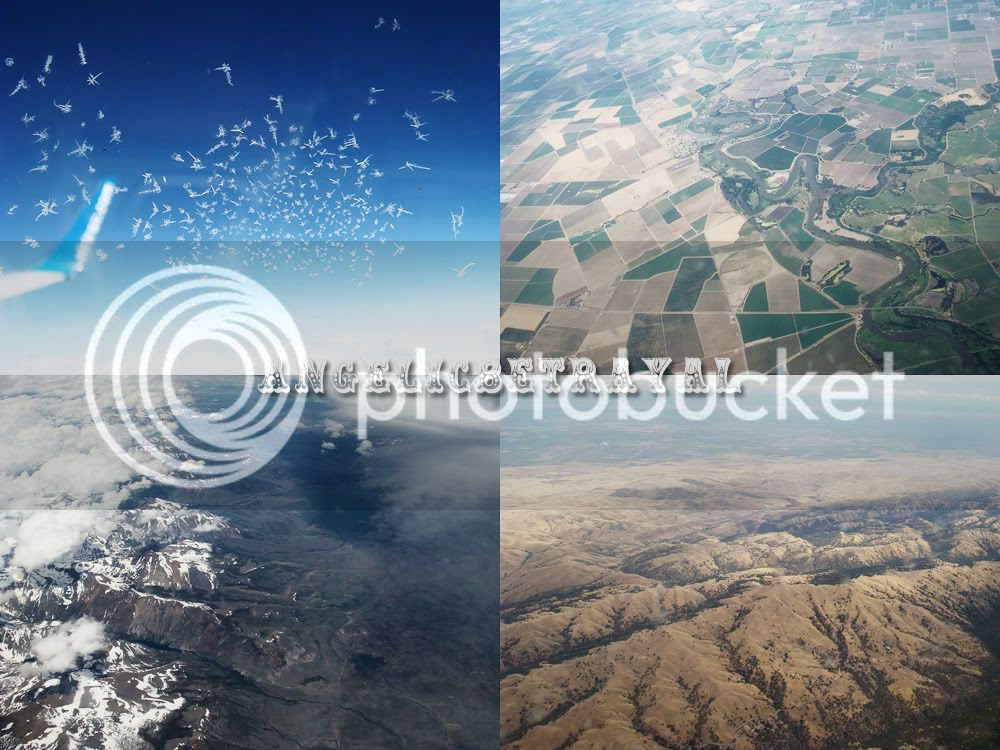 Am I the only person who loves airports but hates airplanes? I don't have a fear of flying but I am always very uncomfortable on planes and I rarely am able to fall asleep. I snapped up quite a few pictures as we soared across the country. This was my first time to the West Coast so it was pretty amazing to see all the different landforms. 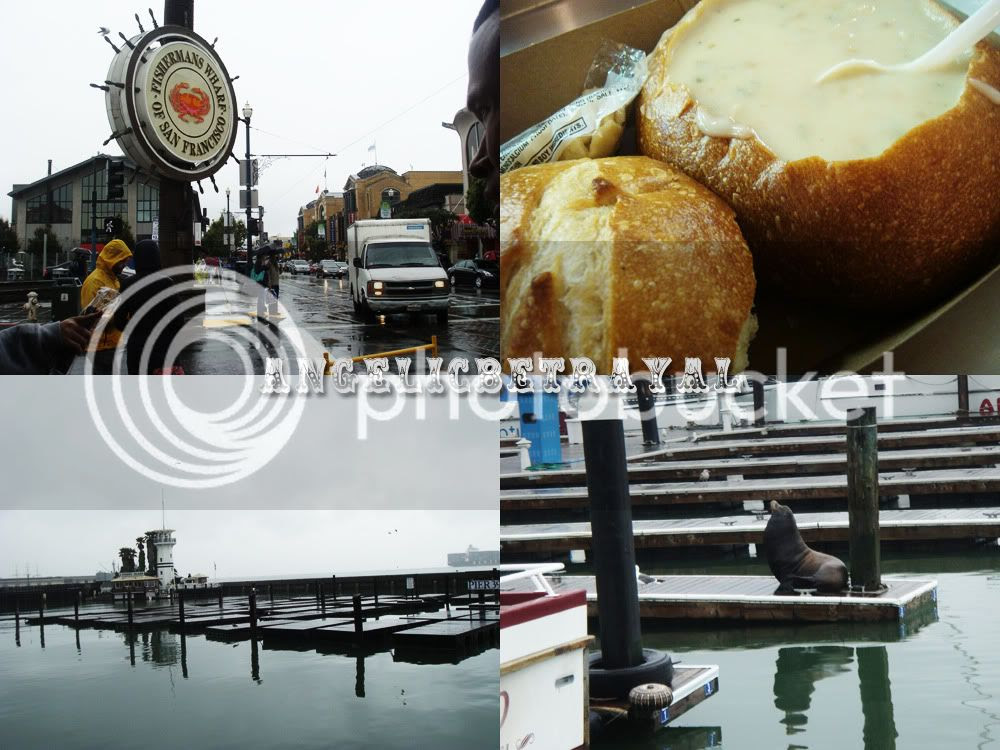 Our very first stop was Fisherman's Wharf which was disappointing for a few reasons. The first was that it was dreary, windy, and pouring throughout the day. We passed by many small eateries which all sold basically the same seafood. I thought a nice warm bread bowl of clam chowder would enliven my spirits but it was the worst clam chowder I have ever had in my life. There was little flavor and too much starchy filler. Perhaps the only redeeming highlight of the day were the sea lions which dotted the piers. 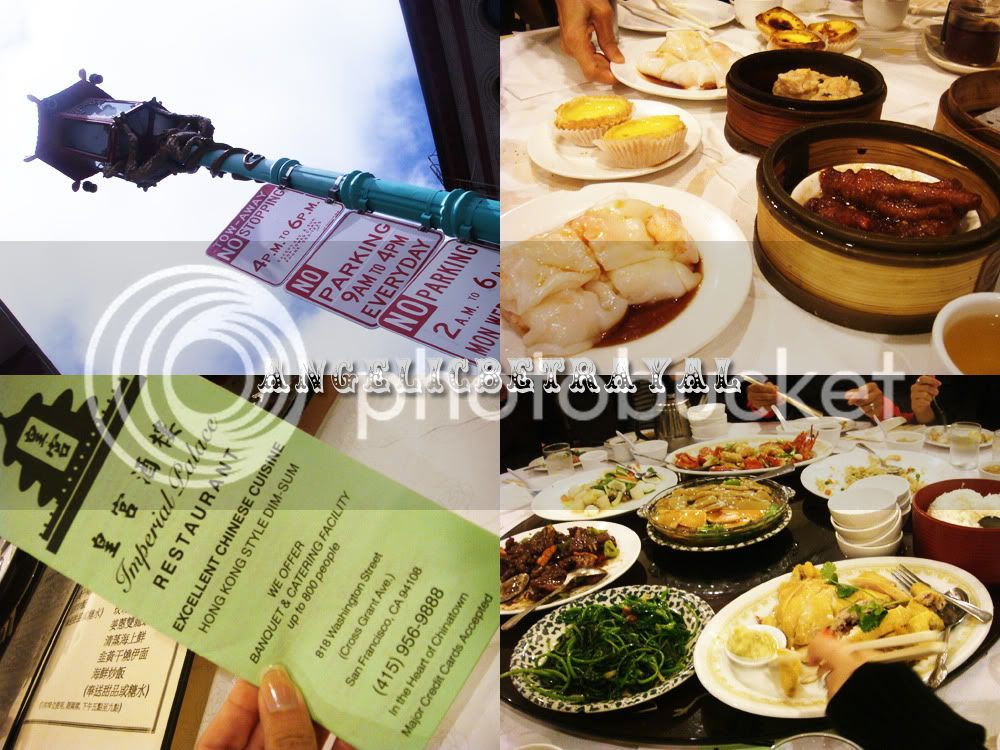 Chinatown was the next destination on our itinerary and I was expecting something similar to the one we have in New York. To my surprise San Francisco's Chinatown looked extremely empty and dated. No bright neon signs, no teenagers with long blond hair, no trendy clothing stores. In fact, most of San Francisco was very quiet at all times of the day and I hardly saw anyone on the streets for some reason. Is this normal? I might just be too used to the hustle and bustle of New York City streets *shrug*
Anyway, back to Chinatown. The food was quite good and pretty much the same as the traditional Chinese food we have on the East Coast. We had some good meals but nothing I'd fly across the country for. 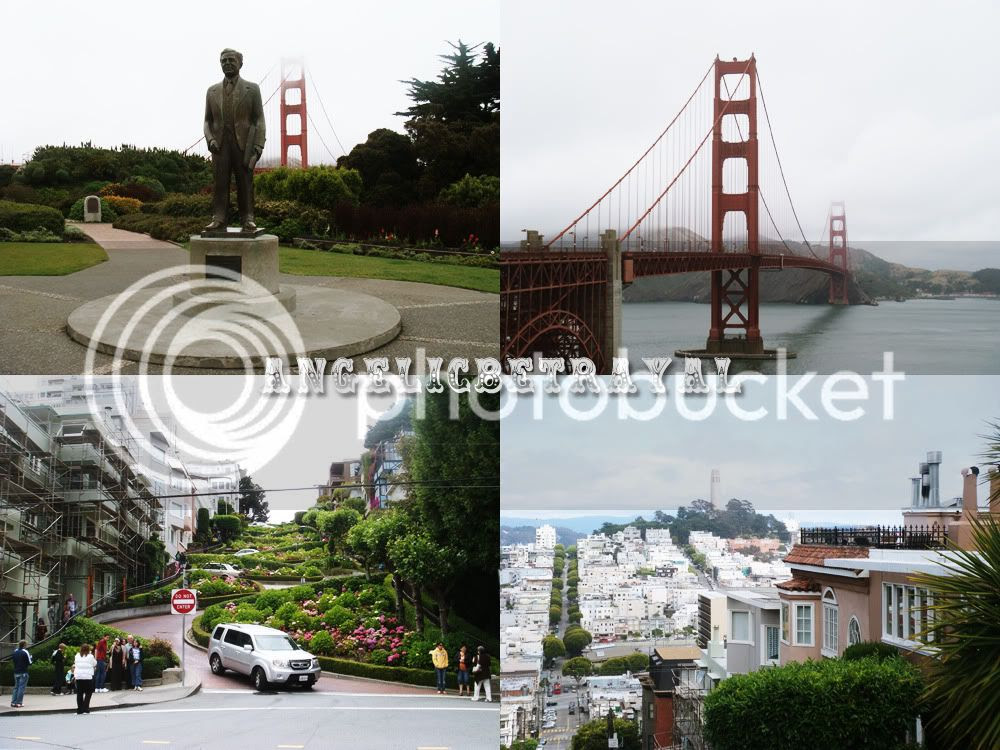 It being my first time in San Francisco, it was obligatory to see all the tourist-y attractions the city has to offer. The Golden Gate Bridge was... well, a bridge. I can appreciate architecture and design but I couldn't help chuckling to myself that according to , Magneto had destroyed the bridge already.... Alright, enough of my nonsense.
Then there is the infamous Lombard Street which was crawling with tourists like myself. The twisty turny and steep roads of San Francisco are really amazing. Now I know why it's referred to as The Hills. I have no idea how people manage to park their cars on the slantiest of roads there. Simply amazing. 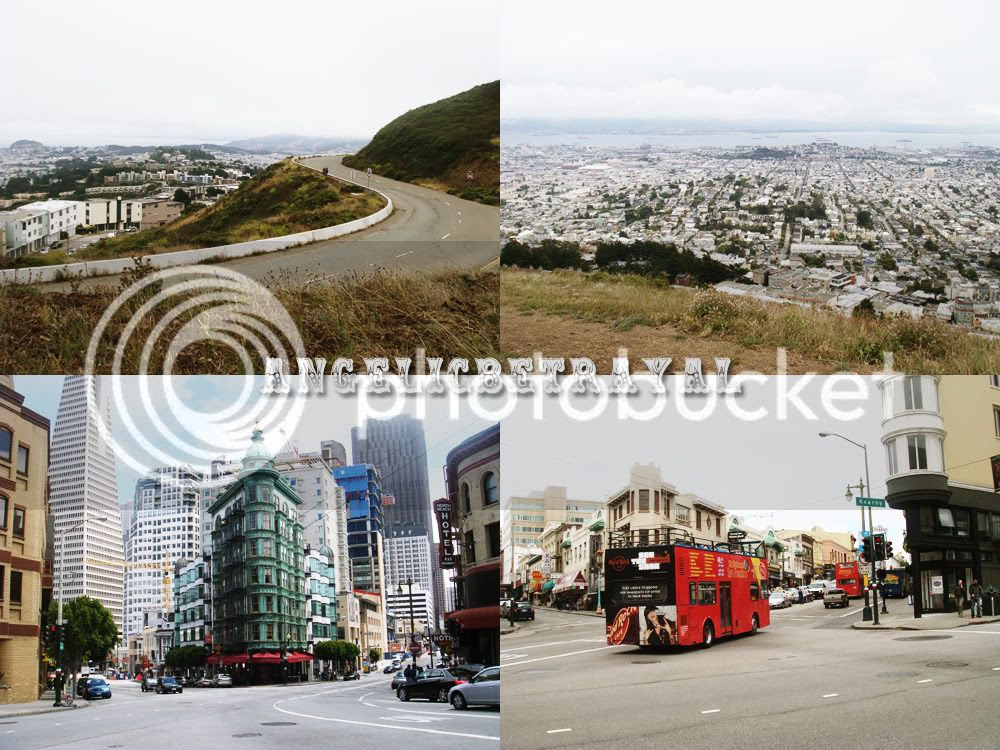 My favorite place out of the whole city during our two day visit was Twin Peaks. I think we happened upon the spot by chance because we got lost but I have never been more glad. We drove up the winding roads and parked the car at a clearing and decided to walk a bit. When you climb up to the top of the hill you get a full view of the entire city, every nook and cranny. I am quite petrified of heights so I kept low to the ground while blustering winds threatened to knock me off the hill (I looked absolutely ridiculous but it was well worth it). If you ever get a chance to visit San Francisco, definitely check this place out!
Although I expected a bit more liveliness from San Francisco, I think it's a beautiful city architecturally and perhaps there are many more hidden treasures that I have yet to discover. Have you ever been to The Hills? If so, where are your favorite places to go in the area?
Stay tuned for upcoming posts on the rest of my trip! I am planning to do some beauty, fashion, etc. related posts inbetween the travel ones so that this blog isn't all about my boring ole' life ;)

Labels: about me food travel