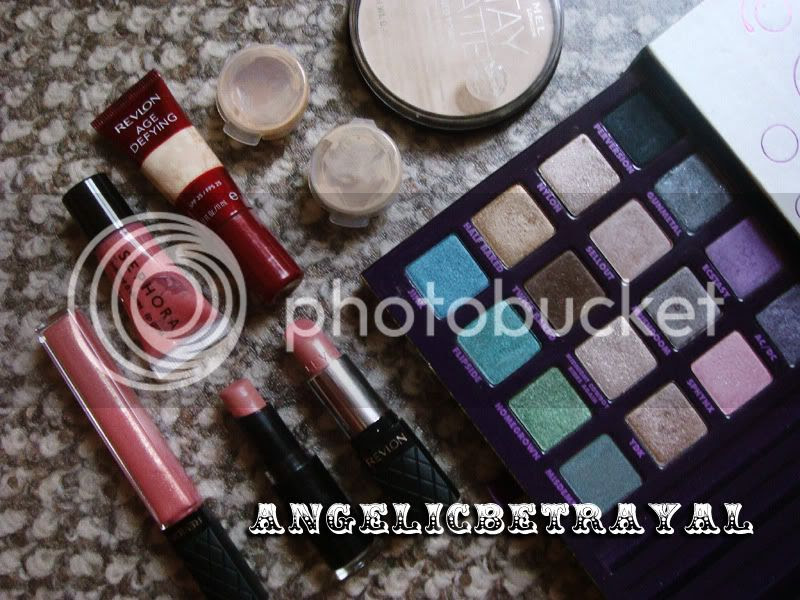 Laura Mercier Tinted Moisturizer Oil Free in Bisque and Sand
After hearing so many positive reviews on this tinted moisturizer, I wanted to try it out for myself before I bought it. This is tinted moisturizer has barely-there medium coverage and it blends out seamlessly into my skin. I really enjoy this product and am seriously considering paying $42 for the full size. The only cons are that I am between shades at the moment but that may change once my skin lightens for the cooler months.


Revlon Age Defying Concealer in Medium
This is my go to concealer during the summer but only because it is too dark for me to wear the rest of the year. This concealer does it all. It erases dark circles and any spots I have on the rest of my face. The formula is not runny but creamy enough to blend easily. I highly, highly recommend this product and I'll be sad when my skin tone lightens and this will have to go unused again.


Rimmel Stay Matte Powder in Translucent
This was my powder of choice this past month to combat the humidity of August. I used to over apply this powder witha  kabuki which gave me an overly matte look. I've learned my lesson and I only apply a bit of this powder with a fluffy powder brush and a light hand. This controls oil very well but not for the full day. Nonetheless, it is an economical powder and I'm happy I have it in my stash.

Urban Decay Book of Shadows II (specifically YDK, Half Baked, Twice Baked, and Sellout)
I often get stuck in eyeshadow ruts because I tend to reach for the same few shades daily. This month I've been using my Urban Decay shadows a majority of the time, partly because I want to get use out of the palette but mostly because they are great neutral shades. You can see the back to school look I did using some of the shades HERE.


Lush Godiva Solid Shampoo (not pictured)
I only bought this product about a week ago but I'm loving it already. My hair is softer and smoother than usual and even my second day hair feels clean. You can check out THIS post to read more about Godiva and see how it looks!

I also have a few miscellaneous favorites this month. For about a month now, I've been on a pescatarian diet which basically means I don't eat land animals anymore. I did slip up once because I didn't realize there was pork filling in a pastry and another time I ate dumplings with meat filling because I didn't want to trouble the people who were feeding me.Nonetheless, I'm actually surprising myself because I don't really crave meat at all. I resisted steak and my favorite chicken wings at a recent barbeque and I don't really miss it. I will make exceptions during special occasions and holidays but for day to day life, I'm staying away from meat. Thus, one of my favorites has to be one of my favorite lunches, canned tuna with mayonnaise, celery, and onions on toast. Nom nom nom :) 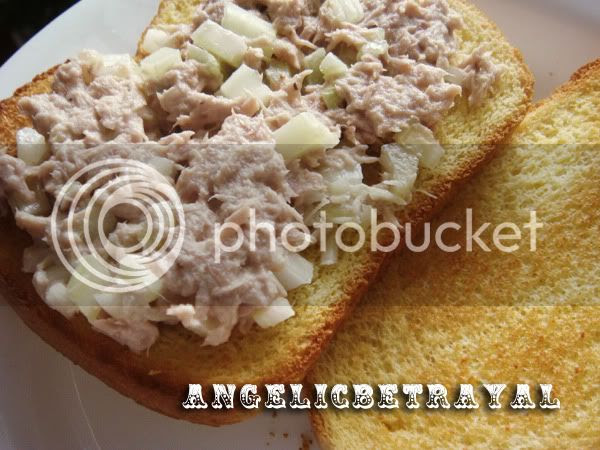 I have also been keeping up with my reading this month and I believe I have finished nine books since the beginning of the summer. I finished up the Stieg Larsson trilogy which consisted of The Girl With The Dragon Tattoo, The Girl Who Played With Fire, and The Girl Who Kicked The Hornet's Nest. I enjoyed the first book but the second and third were even better. It's always bittersweet when a good series is finished because I'm craving more. The first book in the series is in the process of being turned into a Hollywood movie so I will definitely be watching that. I also finally read The Namesake by Jhumpa Lahiri which I have been meaning to read for more than three years because I watched the film in school because one of my classmates' mother directed the film. I highly recommend both the novel and the film. Now, I'm reading The Hunger Games trilogy which is also on it's way to the theaters (though to be honest I don't like the cast very much). I have finished the first and second books, The Hunger Games and Catching Fire, and I just got my hands on the final book called Mockingjay. I like the books and the cliff hangers are very good but the standard of writing is not as descriptive and rich as other novels I have read recently probably because this series is geared toward a younger crowd. I guess one of my favorites has to be the New York Public Library since that's where all these books came from....

Enough about me, what were your favorites for the month of August? :)