Every January I wish I could fast forward to the end of the year to December all over again because it's my birth month as well as all things festive and the start of the winter break. But it's really hard to believe that it's really the last month of the year once December actually rolls by. What better way to start off December than a look back on what I did in November? :) I'll work my way through the month in order from the beginning to the end of the month. 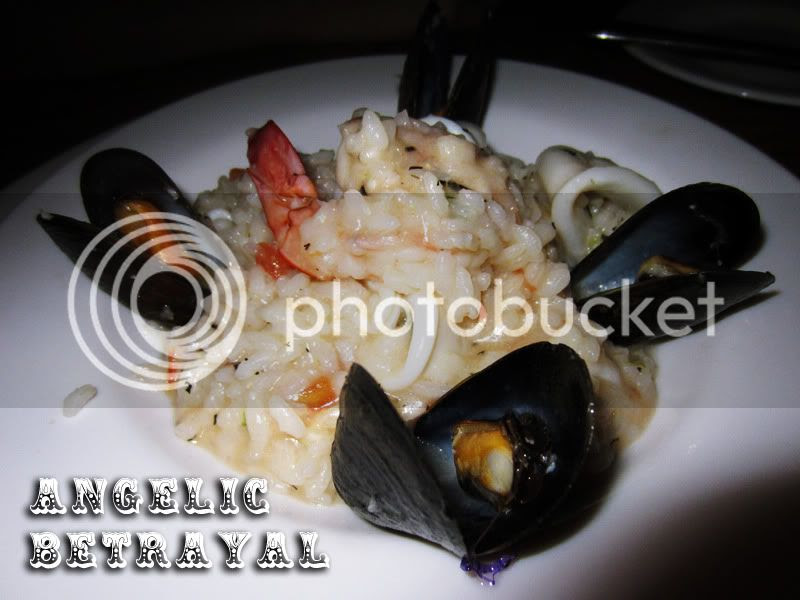 You probably all know by now that I have been consumed by school, work, and other obligatory things. So it was a real treat to be able to go out and have dinner with one of my best friends, M, who has appeared on my blog before. We chose to eat at Spring Natural which is conveniently located on the corner of Spring and Lafayette in Soho. I picked this place because I've walked by it at least a hundred times in the past year and it looked like a nice spot. Plus, I wore heels that day for thirteen hours and my feet didn't want to wander too far from the subway.

M and I ordered a seafood risotto for our appetizer which was very satisfying. The portion was quite small but the risotto was very rich and creamy so we probably wouldn't be have been able to eat a lot of it anyway. This dish is also available as an entree if you can handle the thick pasta. 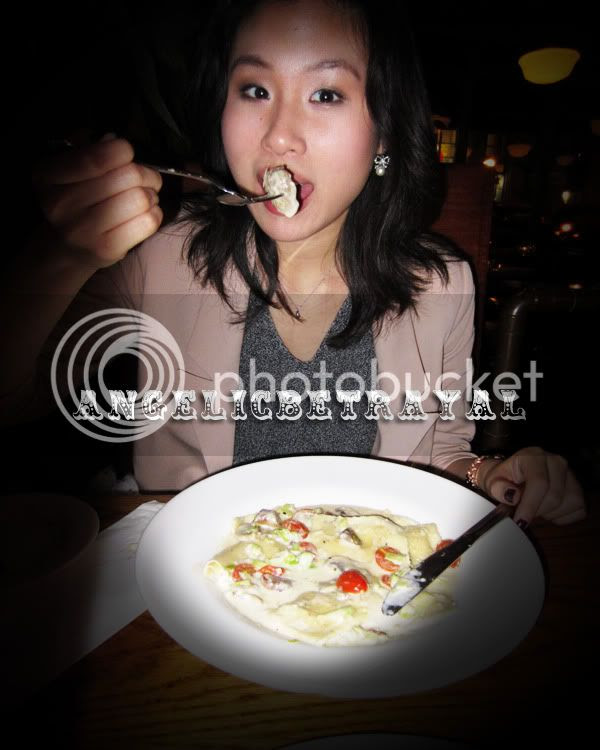 For my main dish I ordered the goat cheese ravioli which I believe was one of the specials of the day. The cheese was very flavorful and pungent but unfortunately made the pasta a tad too salty. The dish was still good though but nothing I would crave for again. 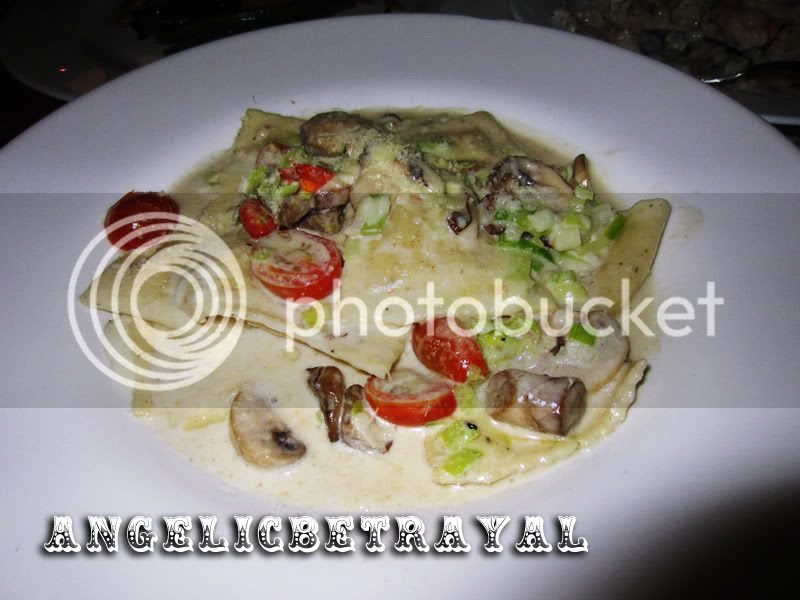 Here is an obligatory close up of my goat cheese ravioli. You can see the added mushrooms and veggies sprinkled throughout the pasta. The portions are perfect for me but people with larger appetites might not be in luck. 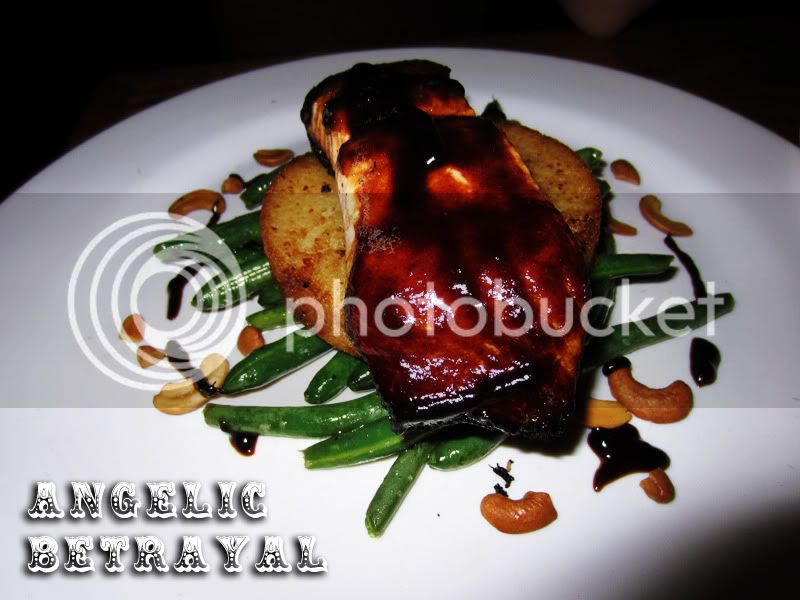 M ordered the tamarind ginger glazed organic salmon which I did not try but I don't think she enjoyed it too much. Spring Natural tries to distinguish itself by offering vegetarian, vegan and some free range options but I don't buy into those labels much as I believe it's mostly a marketing scheme. 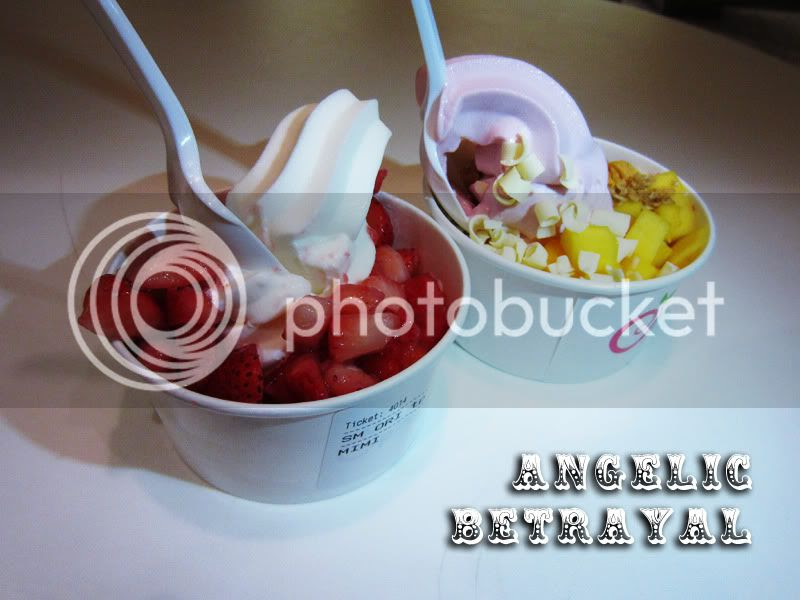 After our pleasant dinner, we headed to Pinkberryfor some frozen yogurt. I don't remember the last time I ate frozen yogurt before this because I think it's unbelievably expensive. I got a plain yogurt with strawberries and M got pomegranate yogurt with an assortment of goodies on hers. M ordered for both of us so her name is on the label :) I'm not sure if Pinkberry changed their formula but the yogurt actually tasted really good as I never really loved frozen yogurt before. But for almost four bucks for a small cup, I'll save frozen yogurt for special occasions. 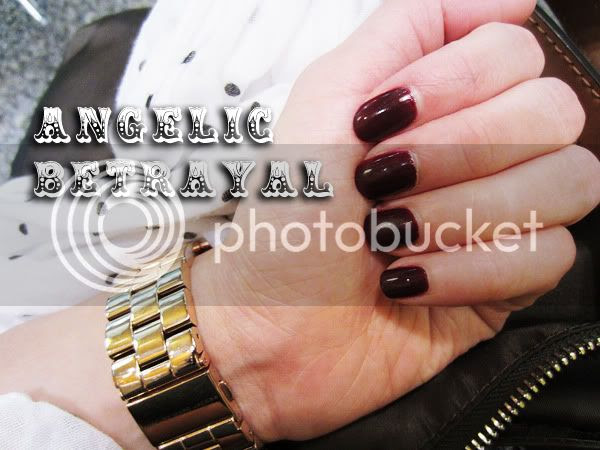 Here is a quick shot of my nails for the night which is yet another by OPI polish from the Manhattan Minis collection. The shade is Never Know 'Til You Tri-beca and its an elegant blackened raspberry. The color is much more beautiful and glossy in person but I did my nails the night before so the varnish
got a bit worn down during my sleep *oops*. I think the shade goes very well with my rose gold watch though! 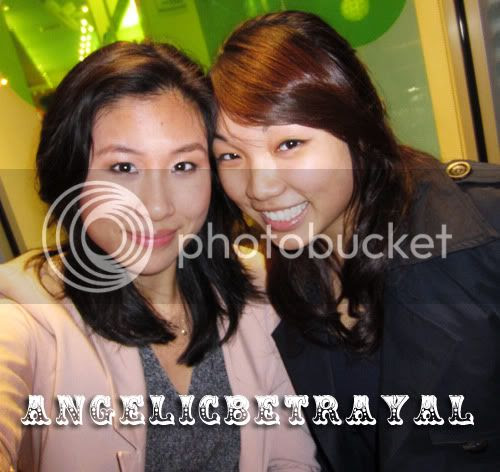 Of course M and I had to take a few pictures together because we don't get to spend much time together anymore. We used to see each other everyday in high school but now we probably hang out five times a semester due to our busy schedules. She always has such pretty hair! 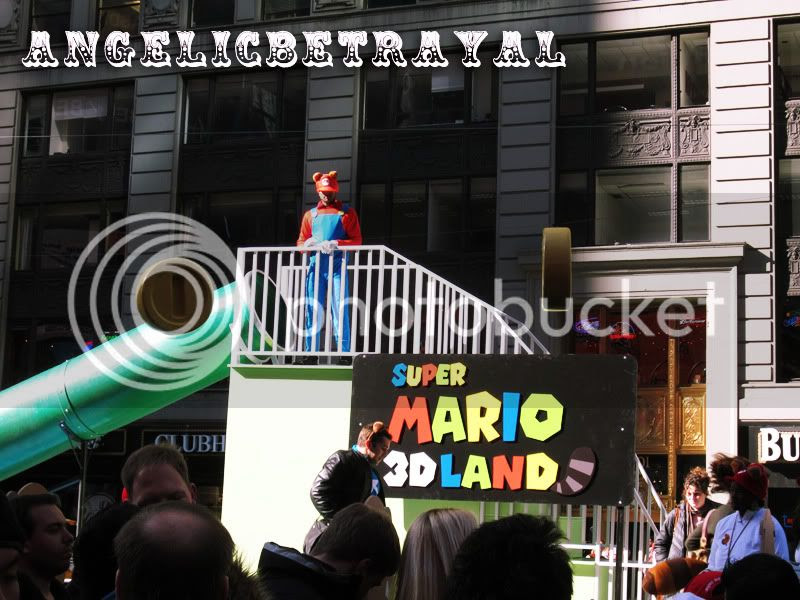 A few days after my date with M, my boyfriend and I celebrated our two year anniversary. We decided to spend our day in the city because there's always something to do in the city. We started off our day in Times Square where there was a promotional event for the new 3D game for the Nintendo 3DS. The event was quite underwhelming but it was amusing to see a bunch of people dressed up as Marios and others with tanooki ears and tails. 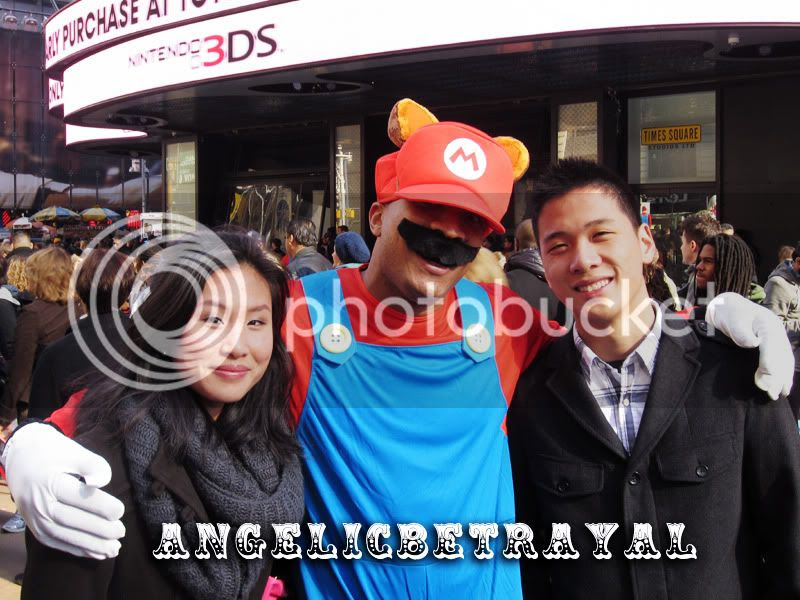 We had to get a picture with one of the Marios! I wish there were more people dressed up as some of the other characters like Luigi, Peach, and Yoshi! 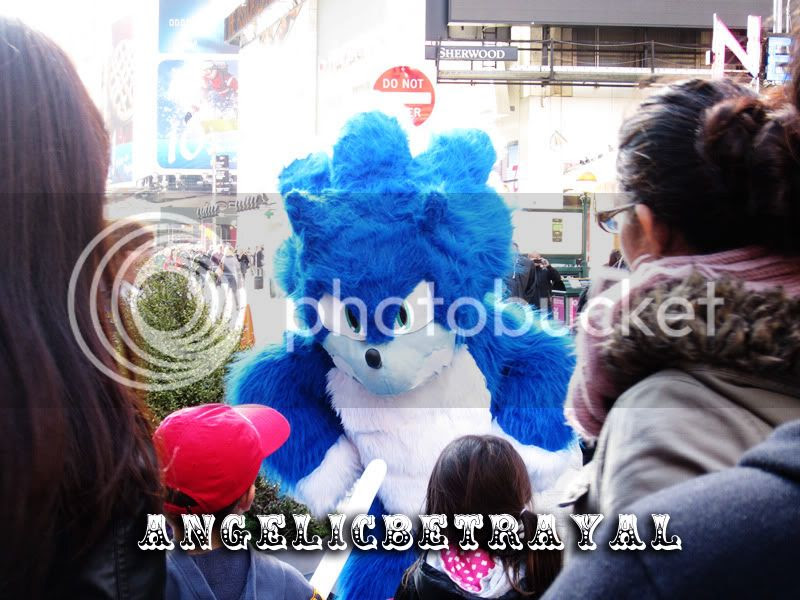 A random pedestrian actually came dressed up as Sonic who, according to my boyfriend, is from another video game company. Apparently Sonic and are rivals.... I thought it was pretty hilarious and in gaming lingo, this guy would definitely be a "troll". 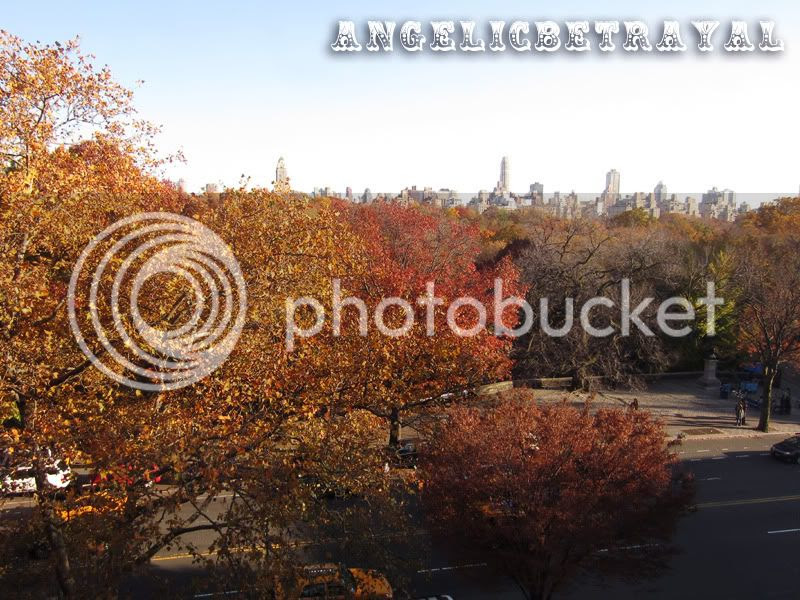 We then headed uptown to the Natural History Museum because I had an assignment to do for school (I swear I have not had a day totally to myself since the summer). Central Park is really lovely during any time of the year but its especially gorgeous during the fall when all the leaves form a warm rainbow collage. I filmed my last outfit of the day in the park which you can see HERE! I actually filmed that video on the same day because my boyfriend willingly agreed to help me film! So I am very grateful for his willingness to put up with me and my constant re-dos and dorkiness :) Oh, by the way, can you tell I love that pink blush blazer because I wore it on both days and I try not to repeat the same pieces during the week! 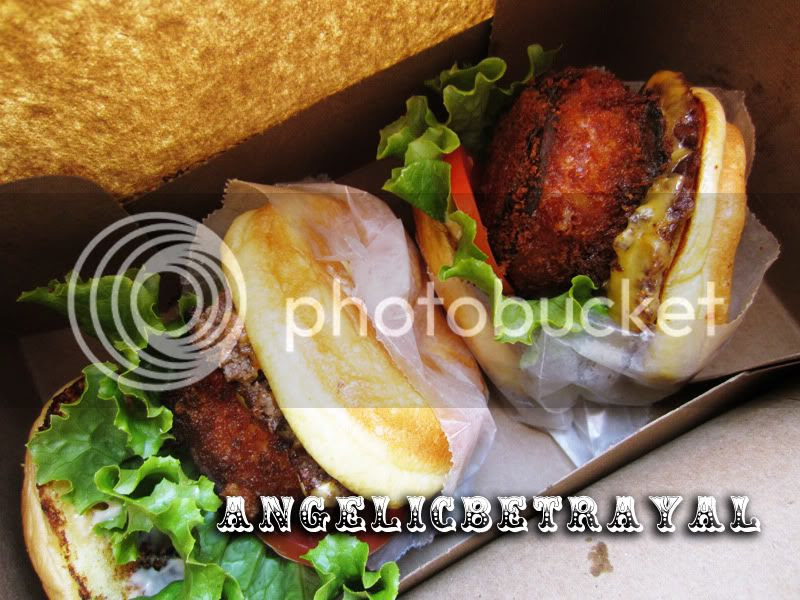 For lunch we went to Shake Shack because I love their Shack Stack burgers but I'm trying to eat less meat so I only eat meat on special occasions (although this effort has been a failure for the last week or so due to lack of self restraint). Mmmm, boy is Shake Shack good. The price is a yeh bit high at almost $10 for a burger and the thirty minute wait can be really annoying but the end product is SO satisfying. I actually talked about this burger before at the beginning of the year when I had it for the first time :) 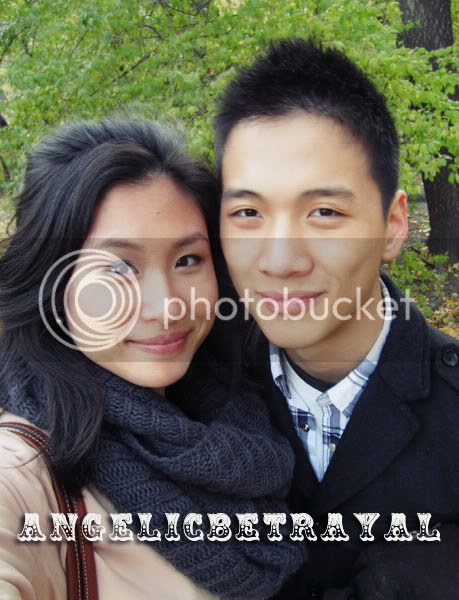 Just another picture of us because I feel like it ;) I haven't done a personal post in awhile here so I thought it'd be nice. I personally enjoy reading and watching people talk about their own lives when I really like their blogs and videos. It gives me a sense of who they are beyond the product reviews and tutorials. 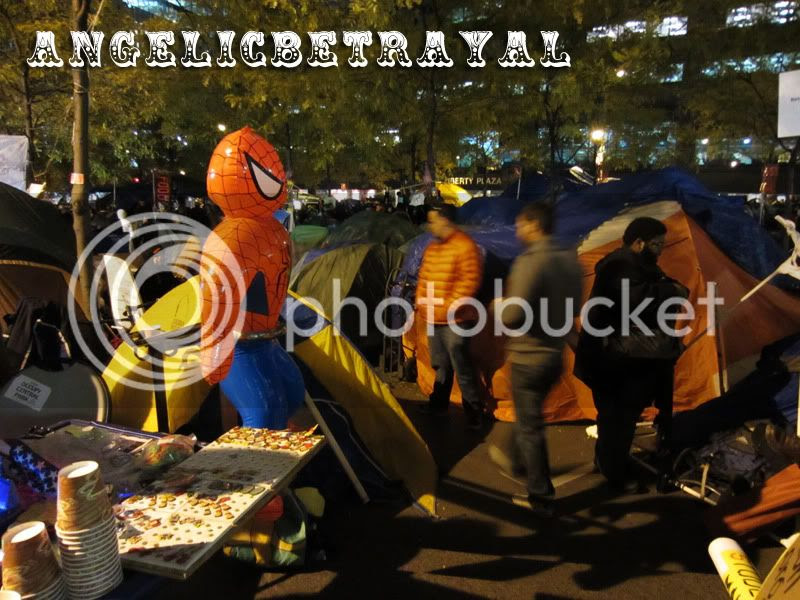 It's crazy how fast night sets in now and by the time we traveled from the museum on 81st street to Wall street, daylight was almost gone. I dragged my boyfriend to Zuccotti Park because I had wanted to see the Occupy Wall Street movement for weeks. Everyone in the country should know about the Occupy movement by now and although I had seen it on television every night and read about it online, I had not actually seen the protestors. I couldn't let an opportunity like this slip away so we walked around the park and saw all the people, tents and signs. It was a very interesting little community and I'm glad we went to see it because a few days later the protestors were forced to remove their tents and whatnot because they were on private property. Ironically, protests have increasingly shifted uptown and the past few days I've seen demonstrators frequently in the neighborhood I go to school in. 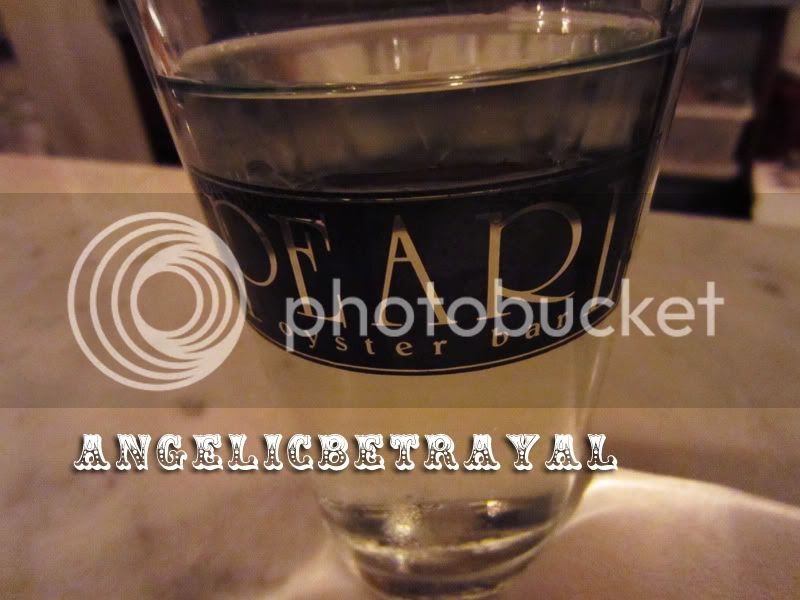 After perusing amongst the demonstrators, we headed back to the subway and stopped at West 4 to have dinner. My boyfriend picked the restaurant this time which is rare since I usually make the decisions of where we should go. It's nice not to have to choose once in awhile. He wanted to go to Pearl Oyster Bar because his brother had taken him there after our high school graduation and he really enjoyed it. The restaurant has a very cozy atmosphere, typical for many restaurants in that area given the small amount of space they are allotted. If you check this place out, definitely go in at six or six thirty because after that, the line will be out the door. 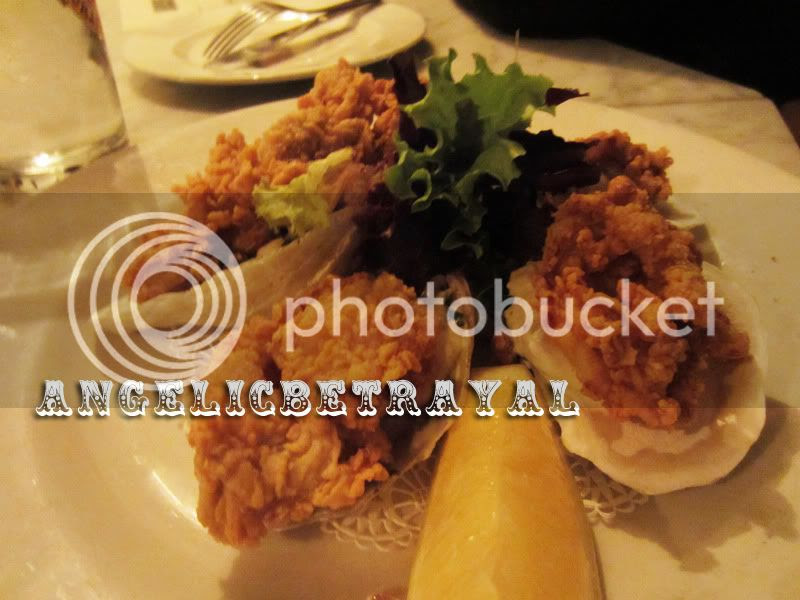 We ordered three starters: New England clam chowder (not pictured), fried oysters, and raw oysters. I personally love seafood so I enjoyed all the food that night. The fried oysters were my favorite appetizer because they were the perfect crispiness and the tartar sauce was under the oyster meat in the shell which was a nice touch. 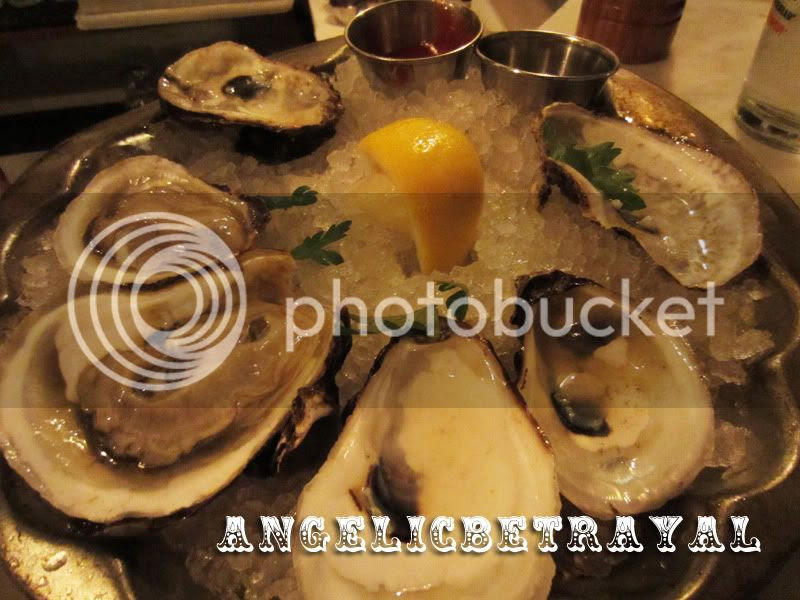 The raw oysters were also good but I kept getting pieces of shell on my oyster which was very annoying. I have never had that problem at other places so I have no idea what's up with that. 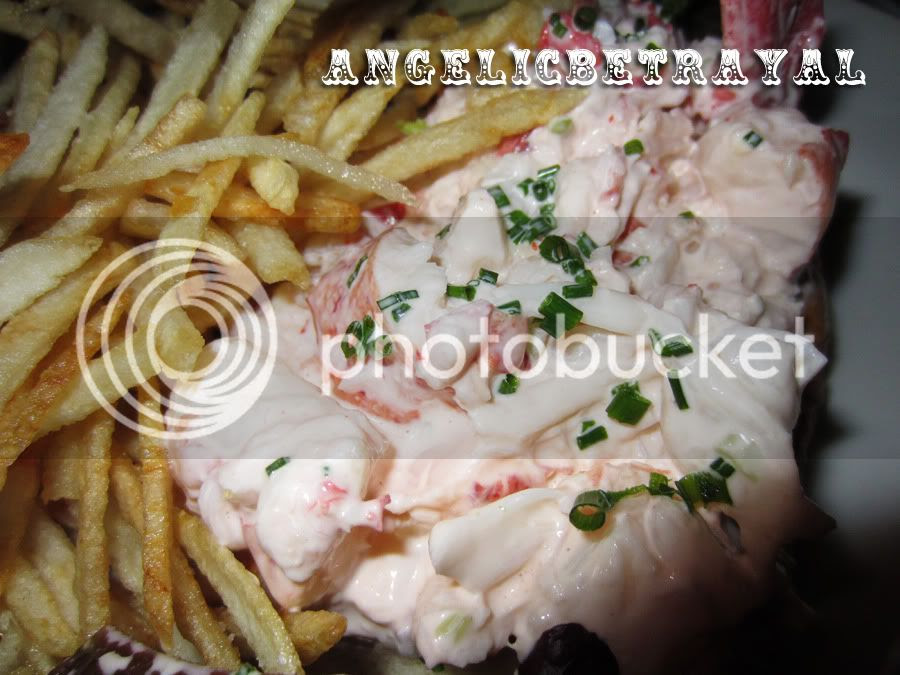 For our main, my boyfriend and I shared the best known dish on the menu at Pearl, the lobster roll. Ah.... I'm getting hungry just thinking back to that lobster. Basically they take meaty chunks of lobster and coat it in a mixture made mostly of mayonnaise and sandwich it into a toasted buttery bun. It's also known as heaven on a plate in my book. The shoe string fries were immensely tasty and complemented the roll very well. Needless to say, we ended the day with full tummies and big smiles. 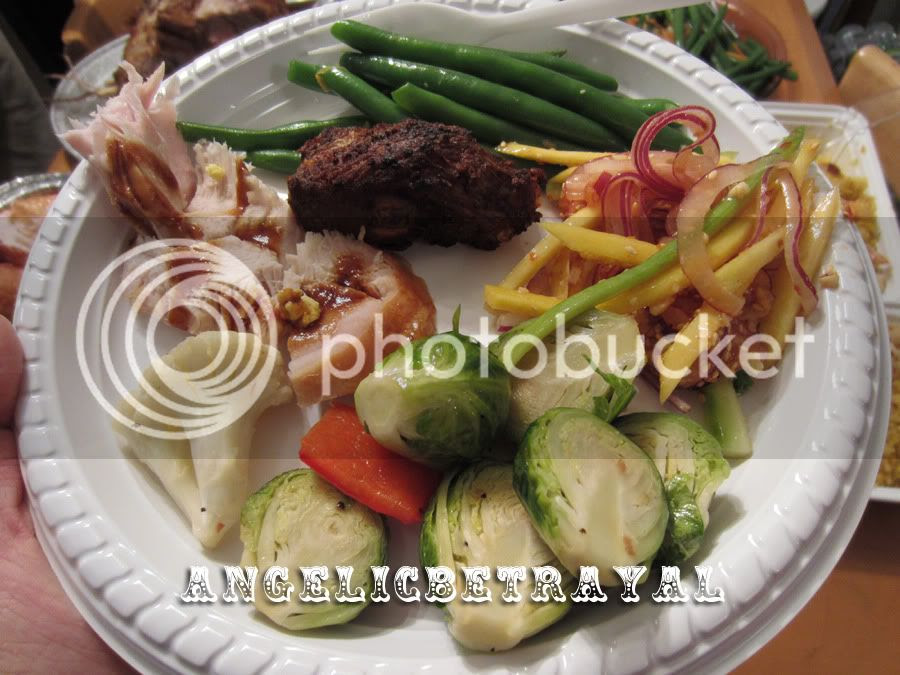 Fast forward to Thanksgiving Day which was celebrated with my family and friends. The above is a sampling of what I had that night. It looks like a lot of greens but to be honest, I didn't realize I didn't like brussel sprouts so I ended up giving half of the ones I took to my mom :X I'm not a huge fan of turkey but I eat it for the sake of eating turkey on Thanksgiving. I'm not sure why I do that... guess it's tradition. 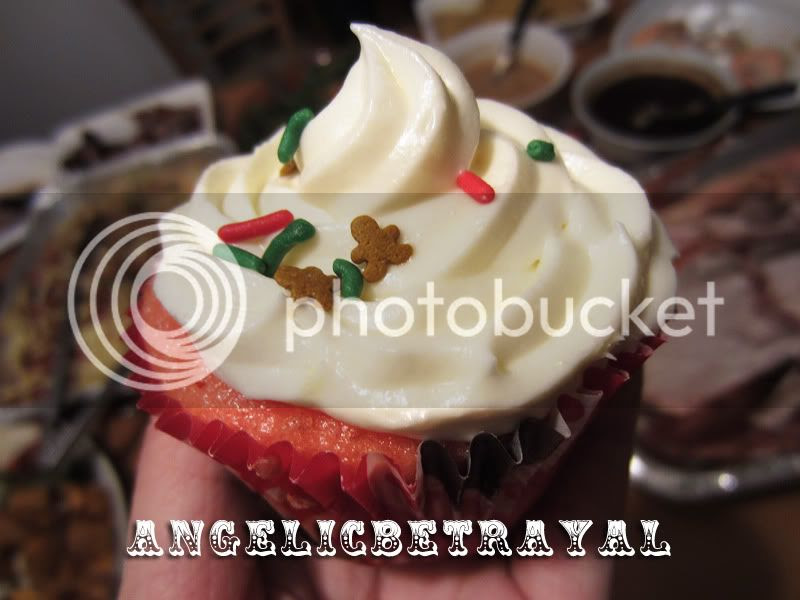 My mom loves to bake and decorate desserts so I ate a bunch of cupcakes that night. Yum! She kind of cheated by using cupcake mix but it's good nonetheless. The frosting was homemade cream cheese frosting, my favorite! Oh, and I guess she didn't realize that gingerbread men are usually associated with Christmas and not Thanksgiving haha. 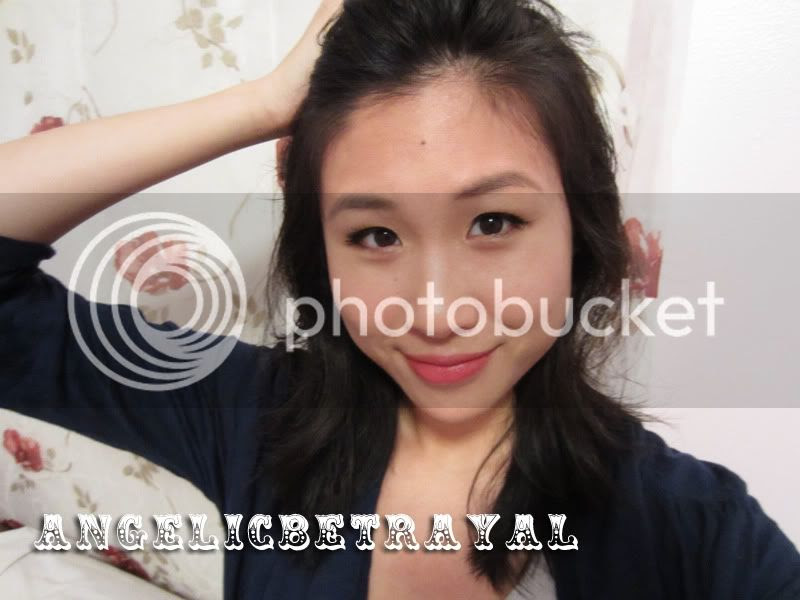 At first I wasn't going to wear any makeup and just wear pajamas for Thanksgiving because we were hosting dinner at our apartment. But I had a little extra time and I threw together a simple look last minute. I tried out Dr. Jart's BB Cream for the first time and didn't even use concealer or powder or any other cheek product for that matter. I did a neutral eye with Mac's Gold Mode pigment, lots of liner, lashes and paired it up with a bright lip (I'm still loving the Tarte Lipsurgence Pencil in Swank!).

So those were pretty much all the lighthearted, enjoyable memories of November. Only a few more weeks of school left and then I'm free from classes for the month of January! I look forward to doing more posts like these soon so let me know if you like them! Hope you all had a lovely November as well~


Labels: about me food FOTD Monthly Wrap Up nail