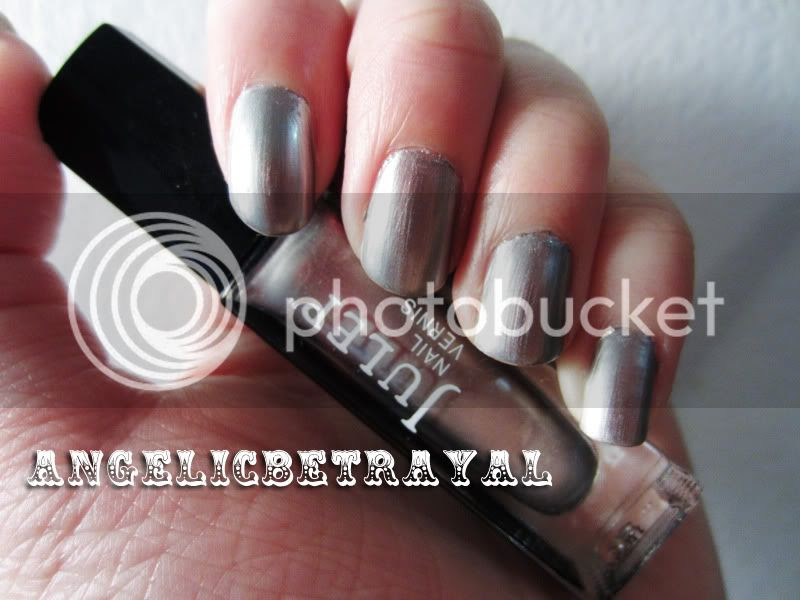 Nail polish is one of those things I go through phases with. Some days I can't go without them and feel a strong desire to run out and haul every shade I see. On other days I don't give them a moment's thought and can go weeks with nothing on my talons. For the past few months I've been in a nail polish loving mood and have hauled quite a few. Recently I forayed into a monthly subscription service specializing in nail care: Julep.

I had very high hopes for Julep as they seem to be building up quite a reputation with their Julep Maven program. Basically it's like Birchbox, Loose Button, and all those other kinds of websites that send you a "customized" box every month. Julep was having a promotion so I bit the bullet and signed up.

Initially I was very impressed with Julep when I received my box. Everything was neatly packaged and the colors looked really enticing. Leighton is what I am wearing on my nails in this post and I received a red shade called Demi which I will be saving for Chinese New Year. I also received some samples and a hand scrub. The hand scrub is nice I suppose as it uses glycolic acid and it does seem to make my hands softer after use. The thing is, I don't really feel the need for a hand scrub. I wash my hands at least ten times a day and that seems to be enough exfoliation as it is. 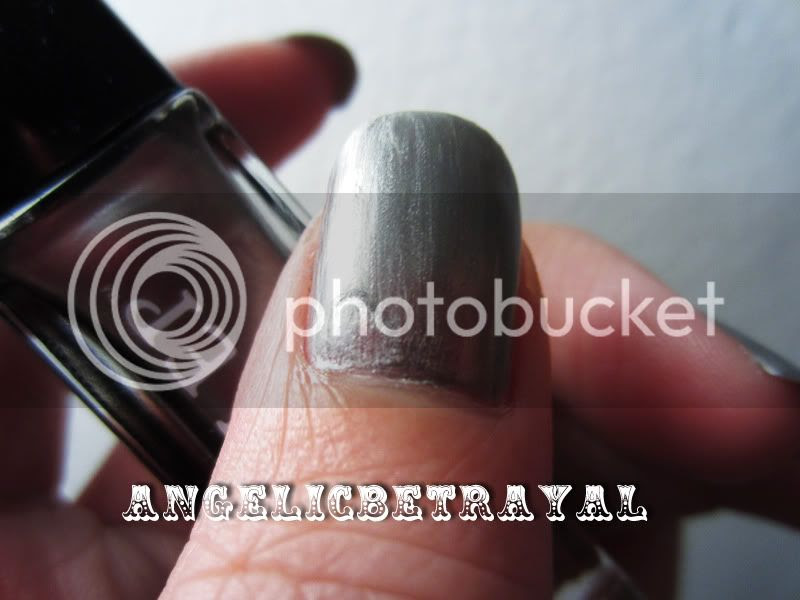 So Leighton.... Where do I begin.... The color in the bottle is a chrome silver which is right up my alley. I love metallic nail polishes and this one seemed to fit the bill. I was able to achieve opaque coverage on my nails in just two coats which is also great. However, that's when the positives stop. First off, the color just doesn't look as great on my nails as it does in the bottle. That probably has to do with the fact that the polish applies streaky and the brush lines are traceable. Even though the color was opaque in two coats, the coats were very thick which slowed down dry time. You can see from the photo above that I accidentally smudged some of the polish when I applied my top coat.... I hate smudging. Even hours after the polish "dried", I could easily scuff my nails whenever I typed on my computer or touched a hard surface with my nail. I despise dents in my nail polish and the tip wear is just inexcusable.

I had really high hopes for this polish but it barely met me halfway. Each of these bottles regularly retails for $14 so this is definitely a high end product. I will try out Demi, a cream finish, and hopefully will get better results. I will definitely update you guys after I have formulated my thoughts on that. If you are interested in checking out Julep and their Maven program, you can find all the information HERE.