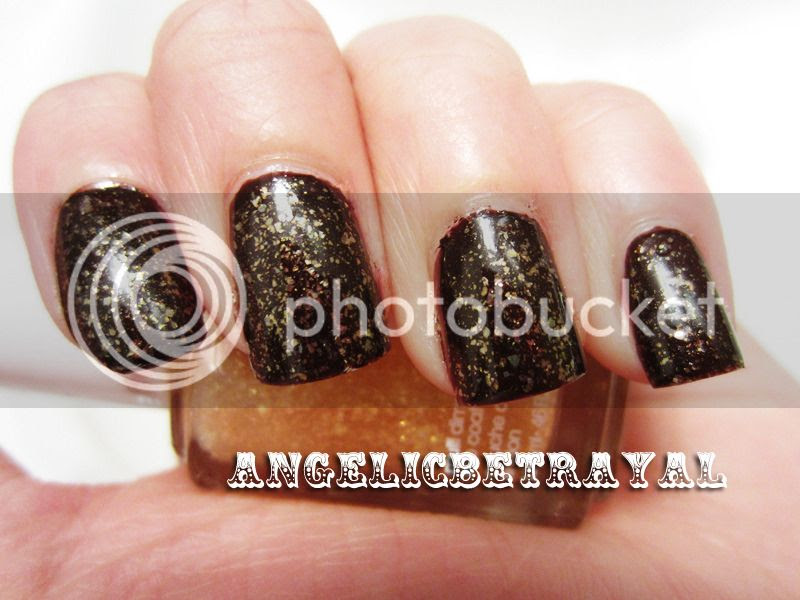 This is a very overdue post on Essie's As Gold As It Gets polish that I received in last month's Birchbox. As gold as it gets is part of the Luxeffects limited edition collection so your best bet would be to browse online for this shade. Like Shine of the Times, As Gold As It Gets has irregular flakie bits of glitter in a clear base to give your mani a little kick. I prefer wearing flakie polishes layered over a dark base and a dark brown goes really well with As Gold As It Gets because it brings out the golden flecks.

As Gold As It Gets is a nice polish to have and I found that the formula was less thick than Shine of the Times. Removal was as difficult as any other glitter polish which makes me not want to wear it too often. If you love glitter and flakie polishes, then this will probably be great for you!

P.S. I hate posting pictures of manicures when I've messed up around the edges! But I thought this would be better than nothing.... My manicure habits have been quite sporadic lately so my hands aren't as steady as they used to be :(
Labels: essie nail