May, oh May. I'm beginning to see a pattern when I reflect on the past month's events and come to the conclusion that it was a period of ups and downs. May was no exception and almost every week was a test of my character. The past 31 days have definitely been some of the hardest but also rewarding times that I experienced recently. Oh, and most of the following photos were Instagram-ed which I somewhat regret but it's just so darn convenient to have a camera at the tips of my fingers at all times. I still love my point and shoot and you'll see the newest addition to my photography family in this post!

I started out the month on a good note with a bit of exercise. In the first weekend of the month I visited the driving range with my Dad twice for the first time of the season. I used to hate going to the driving range and holding a golf club in general but after being on my high school golf team I can appreciate a few hours at the range.

On the first day of the Rebecca Minkoff sample sale, I headed to the location just before the lunch break rush. This was my first time going to a sample sale and I was hoping to snag one of the infamous mini Macs in a bright shade but they were all gone by the time I got inside. I have never seen so many girls carrying Prada purses in a single place before which was pretty amusing but also somewhat disturbing.

I managed to grab a quilted swing bag in the shade Mocha, a lovely brown taupe. The rose gold hardware sucked me in and the size is perfect for hanging out.

The next few days afterward were hard because my Mom was admitted to the hospital unexpectedly so I spent the three days leading up to Mother's Day in the hospital with her. In my whole life I think I've been in hospitals three times and my family has been fortunate to never have been ill or injured until now. Those few days were really hard for my family and I but my Mom pulled through (it was never supposed to be something life threatening to begin with). She has to be readmitted in a few weeks for more procedures so the nightmare isn't over yet but I'm trying to be positive.

As soon as my Mom was well enough to eat regular food again we picked up some sushi to go from our favorite Japanese restaurant, Ariyoshi. If you're a sushi fan in New York, head over to Sunnyside and try Ariyoshi's Spider Roll and Sunnyside Roll. They're my favorites!

Here's a look at some vegetable pasta and zucchini fries that my boyfriend and I threw together in an attempt to cook a healthy dinner. The pasta turned out very colorful and although I wish the zucchini was less soft, they were quite good too.

I ended my internship which was bittersweet because I genuinely enjoyed the people I worked with. To bring some cheer into the office for my last day I brought in my favorite cupcakes from Baked by Melissa to share! It's quite amusing to see grown adults so excited to see a box of mini cupcakes.

Since it was my last day my supervisor brought my fellow intern, a freelancer we work with, and myself out to lunch. She told me to choose a place but I couldn't decide and asked what she recommended. We ended up at a nearby cafe and lunch spot called Pecan. I had the Moroccan Chicken Sandwich based on the recommendation from my supervisor and it was extremely tasty. 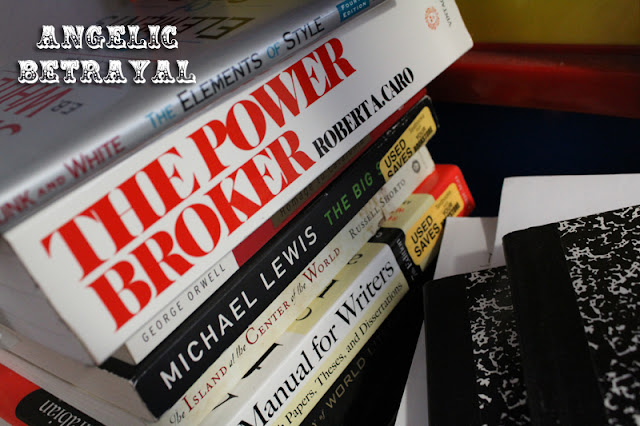 Spring classes wrapped up at my school about a week later than just about every other college so I was pretty bummed. While everyone was relaxing and having fun, I was stuck at home on sunny days studying the hours away. I was incredibly unmotivated for that last week and became increasingly bitter. Sad, but true.

My boyfriend picked me up from school after I completed my last final and we grabbed Thai food to celebrate. Tofu pad thai has become my default dish whenever I eat Thai food. Yum!

I was craving a burger so my friends and I decided to grab a bite at Bare Burger which I visited back in December. I had a positive experience during my first visit so I was looking forward to trying something else on the menu this time around. I opted for the veggie burger because I had never tried a veggie burger previously. I'm not a picky eater and I like a lot of vegetables but to be frank a veggie burger never sounded appealing to me. Maybe it's because I don't think vegetables should try to mimic meat and many veggie burgers use nuts which I'm not fond of in burgers. To my surprise this burger was better than I had anticipated. The patty was a mix of veggies I could not identify but it did not taste distinctly vegetarian at all. The avocado slices gave the burger a pleasant flavor and creamy texture.

Tada! The newest addition to my technology family! I was looking to invest in a digital SLR for quite a long time but I never took the plunge. The past year was filled with too many activities for me to practice anyway so I reasoned that this summer was a good time to develop my photography skills.

Lastly, my current favorite television show is HBO's Game of Thrones. I haven't caught up with all the episodes but this show is brilliantly executed from the acting, the dialogue, to the special effects and costumes. Tyrion, aka Peter Dinklage, is my favorite character so far and his wit often cracks a smile on my face.

What did you do in May? Are you looking forward to Summer (or Winter, depending on where you come from)?
Labels: about me food Monthly Wrap Up