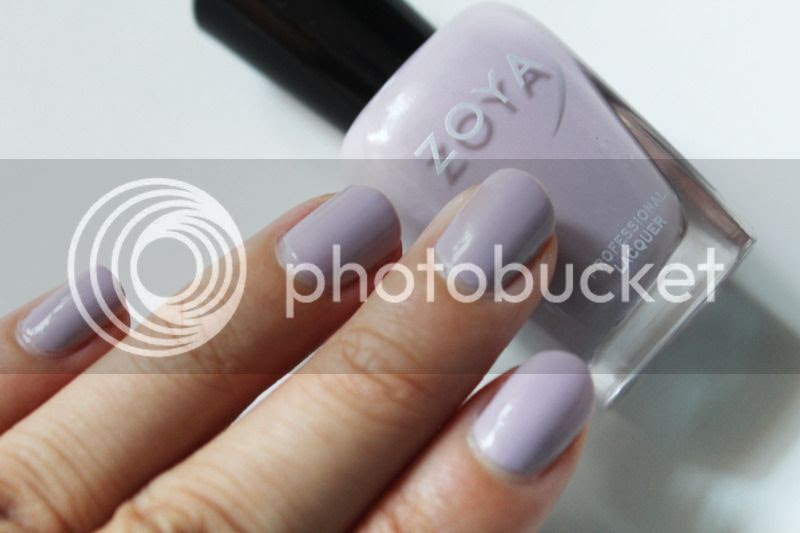 After receiving six lovely polishes in my first Zoya haul, I faced the always difficult decision of which color to wear first. I chose Kendal, a muted gray lilac, as I was in the mood for an understated, prim manicure. The closest shade I have in my collection is ORLY's Dance Til Dawn but Kendal is more gray and cool toned. I think gray, ashy colored polishes are a great alternative to the dark, vampy nails that are popular for fall.

Kendal is a cream finish that applies opaque in two coats. I found the formula relatively easy to work with but the brush is thinner than I prefer. After sealing the polish with Seche Vite, Kendal lasted six days with very minimal chipping and no cracks at all. I removed the polish at the end of the sixth day but I think Kendal would have looked amazing after a whole week of wear.

I am undoubtedly happy with Kendal as it looks amazing on its own and will probably look beautiful layered under a glittery polish as well. I highly recommend this shade and will definitely be sporting it for the upcoming fall and winter.
Labels: nail swatch Zoya