The full effect of fall is upon New York City as you can tell by the gorgeous yellow and orange hued trees. After years of thinking I enjoyed all four seasons equally, I think I've finally realized my heart belonged to fall all along.

October was a busy month but I started out the first week by catching up with some high school friends over a thai lunch. Tofu pad thai is my go-to thai favorite!

I went through some testy weeks of poor health and serious mental dips which led to some unnecessary pamper spending which you might have seen on the blog a few weeks ago. I just had to share this little performance going on at L'occitane though. I think the harp playing is routine at the store and the decor is phenomenal. Shopping can't solve most problems but it certainly dulls the pain, if just for a few fleeting moments.

Many days I'm schlepping my laptop and camera around so I prefer not to carry around a home made lunch like I used to. So I gave my school cafeteria another go and their turkey panini wasn't half bad! I gave away the fries though which made me feel a little less guilty. This semester I am contributing to College Fashionista and this month they had an industry panel event at NYU. Eva Chen was one of the panelists and being that I am a huge fan, I knew I had to go! The panelists spoke about their backgrounds and how their various paths to their current successes. They also answered any questions that we had and the experience was great for anyone interested in the business of fashion, beauty and lifestyle. 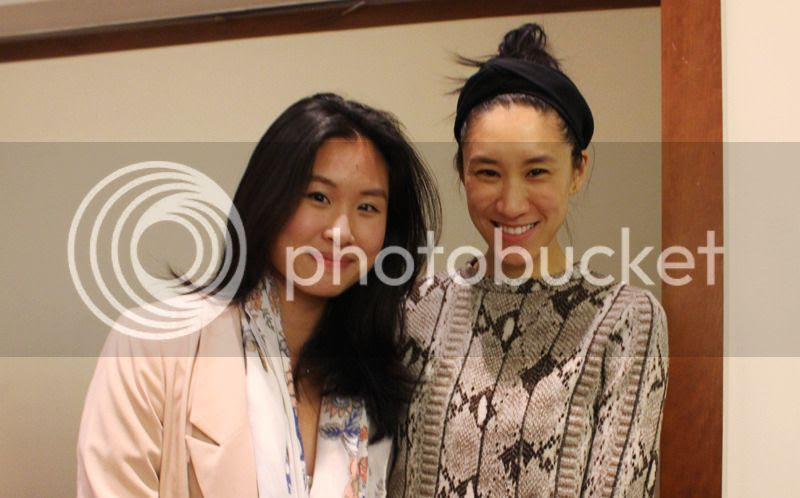 Being the fangirl that I am, I had to get a word in with Eva and we chatted a bit about some of my questions and concerns. She was nice enough to let me take a photo with her! She is the most down to earth woman I have ever met and her skin is ah-mazing! Also, she has the ability to make a messy bun look incredibly put together and chic which I am in constant awe of.

I love dressing for fall because I can layer without looking overly frumpy since the weather is still mild. Of course, I'm still loving my earth tones and neutrals. My teal phone case really throws off the whole color combination, doesn't it?

The third season of The Walking Dead premiered mid October and I had been waiting months for the new season! This show is the reason I no longer dread Sunday nights and actually look forward to my weekends ending. It's also very rare for me to watch a show every week during the time it actually shows but so far I've been keeping up!

My best gal pal from high school and I finally found a night to eat dinner together and find a place to chat. I hadn't seen her since the beginning of summer so we sure had a lot to talk about that night. I was so hungry and absorbed in our conversation that I completely forgot to Instagram a photo of my clam soondubu meal. It was super scrumptious and it's one of my favorite asian comfort foods to eat during the fall and winter. We headed off to grab some Red Mango for dessert and you can tell when I'm in a good mood when I'm feeling generous enough to pay $5 for a cup of yogurt.... 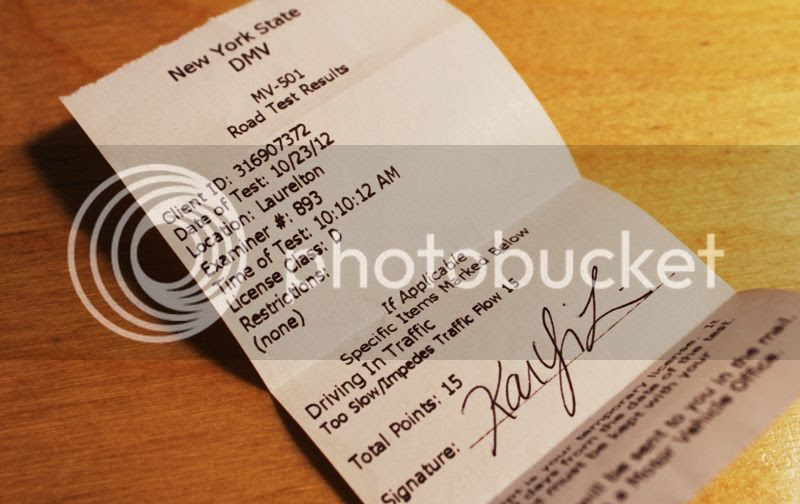 One of the things that had been stressing me out for the past few weeks was my first driving test. Many of my driving lessons involved yelling and scolding. In my mind, my chances of passing were really up in the air. The days leading up the exam I was feeling a little better as I had practiced several hours in my neighborhood. Thankfully, I passed!

After my driving test I had to head to the city for class and within minutes of emerging from the subway, Julie spotted me and we met for the first time! If you don't read Julie's blog already, you better head over there right now! She's not only hilarious and good natured but she knows her beauty bits. We had been meaning to meet up in real life for awhile but never got around to it and I had never seen her face as she remains anonymous on her blog. Luckily she recognized me on the street and we talked over nice warm bowls of ramen. 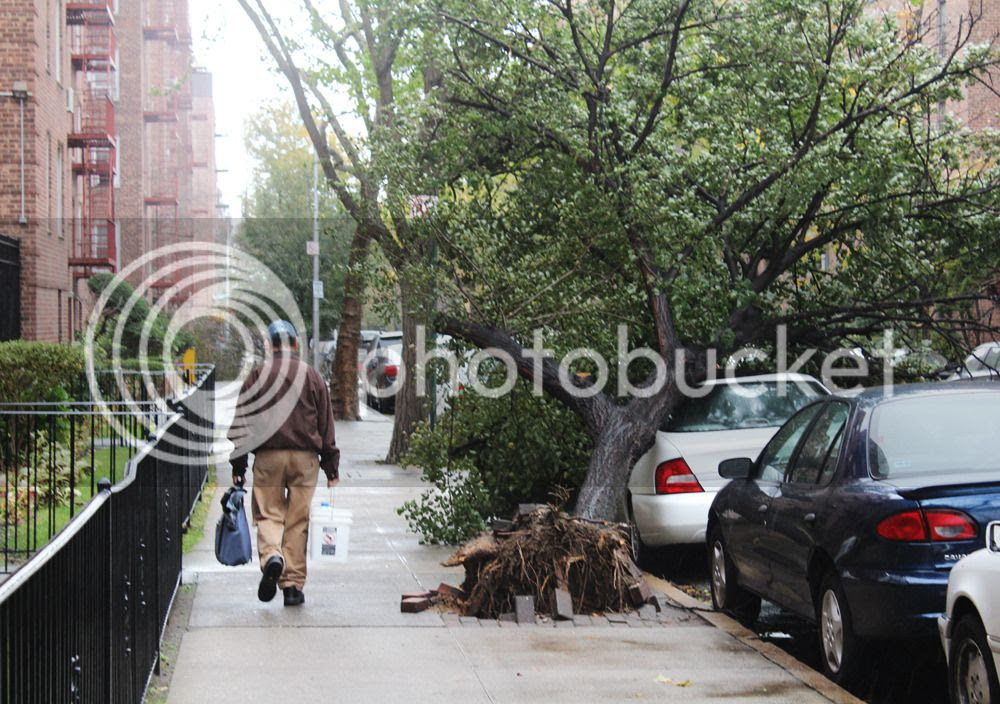 Many of you should be aware by now of Hurricane Sandy which unfortunately battered New York, New Jersey and surrounding areas. To be honest, I didn't think much of Sandy as we rarely have very serious natural disasters that hit the city. 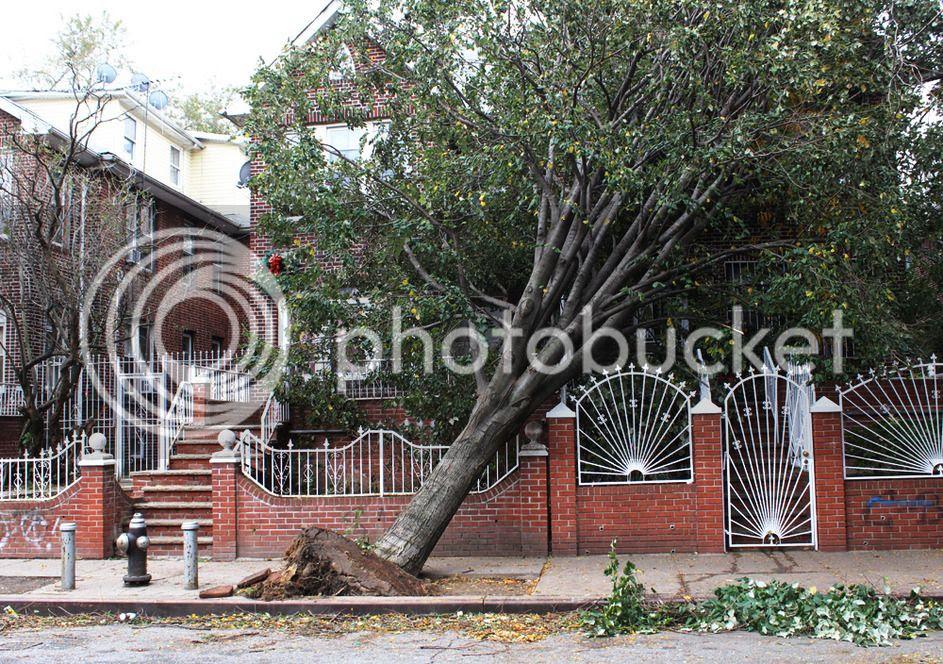 I am lucky to say that my immediate neighborhood was not seriously affected aside from some downed trees, damaged cars and homes. I had some brief internet issues but my power stayed on throughout the storm. 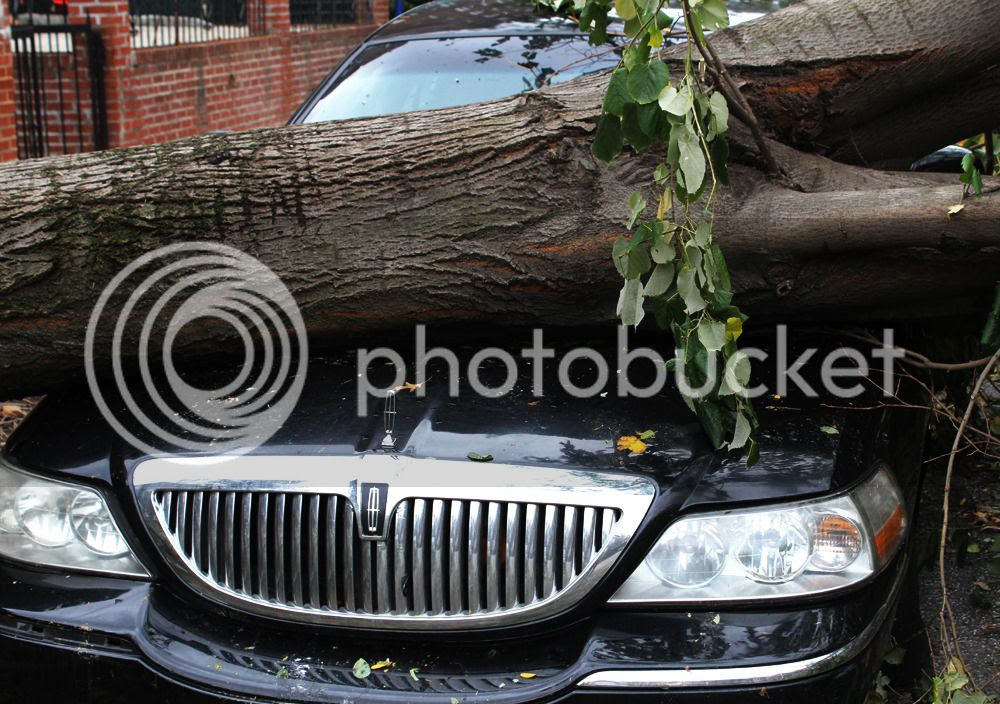 Seeing images and videos of other areas that were harder hit were very shocking and almost surreal. It felt like I was watching a movie and it was surprising to see how ill prepared our city was in terms of preventing flooding. 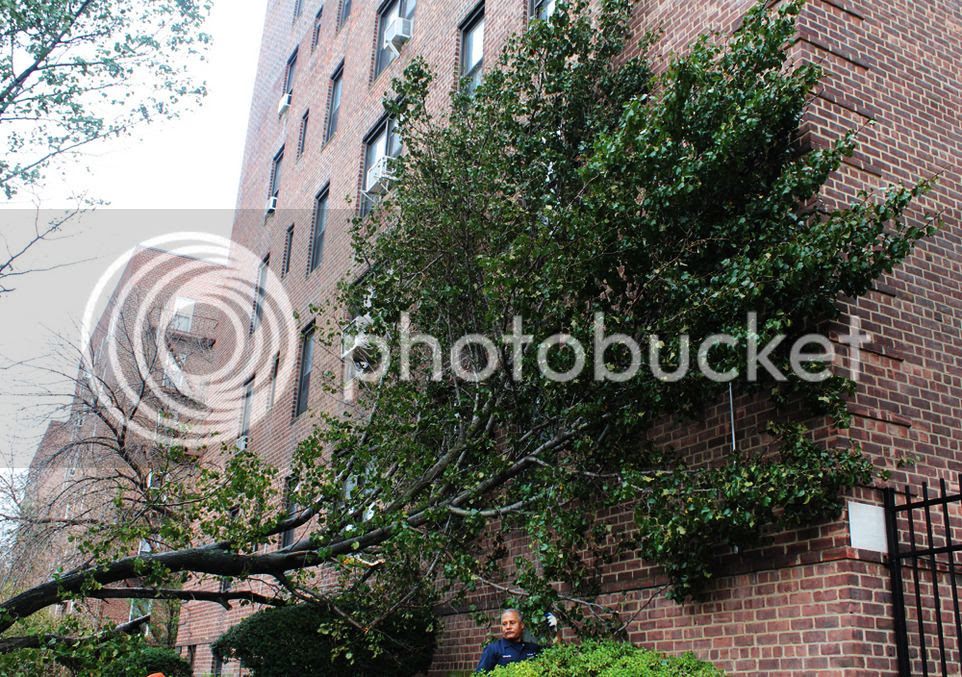 Half of Manhattan is without electricity and classes for most schools have been cancelled for the whole week. I guess that's the one small upside for me as I got an unexpected break from school but it will be nice to return normalcy.

Having a lot of extra time at home with my parents meant having more time to cook! We made homemade pesto with pasta. We didn't have walnuts so we substituted almonds instead.... 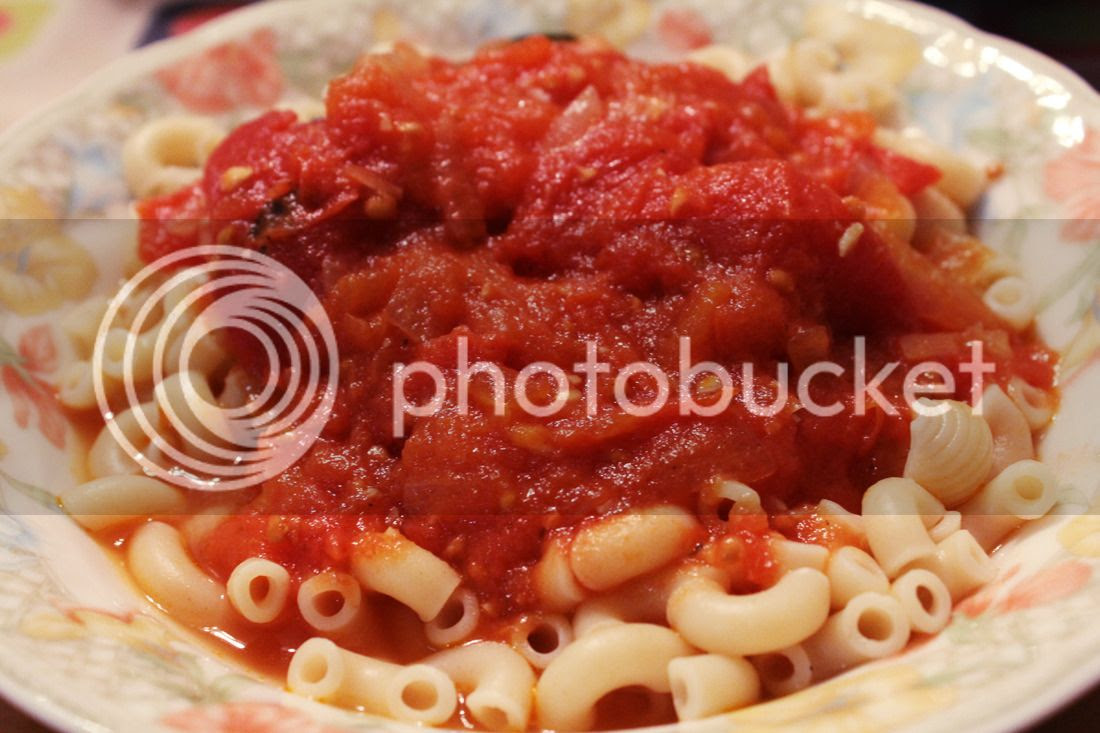 We also made homemade tomato sauce according to THIS recipe I found. We used to always use canned sauce but I think it's probably healthier and more fun to make our own. The sauce smells amazing but is more tart than canned sauce and more watery. I like my sauces a bit more thick so perhaps next time I should strain out the tomato juices.

After being trapped at home for three days I took a walk to my cousin's house and we were excited to see that Dominos was delivering! It's interesting how much one eats when they have nothing to do at home. This pizza totally offset any of the healthiness that I was trying to go for with the homemade tomato sauce.... 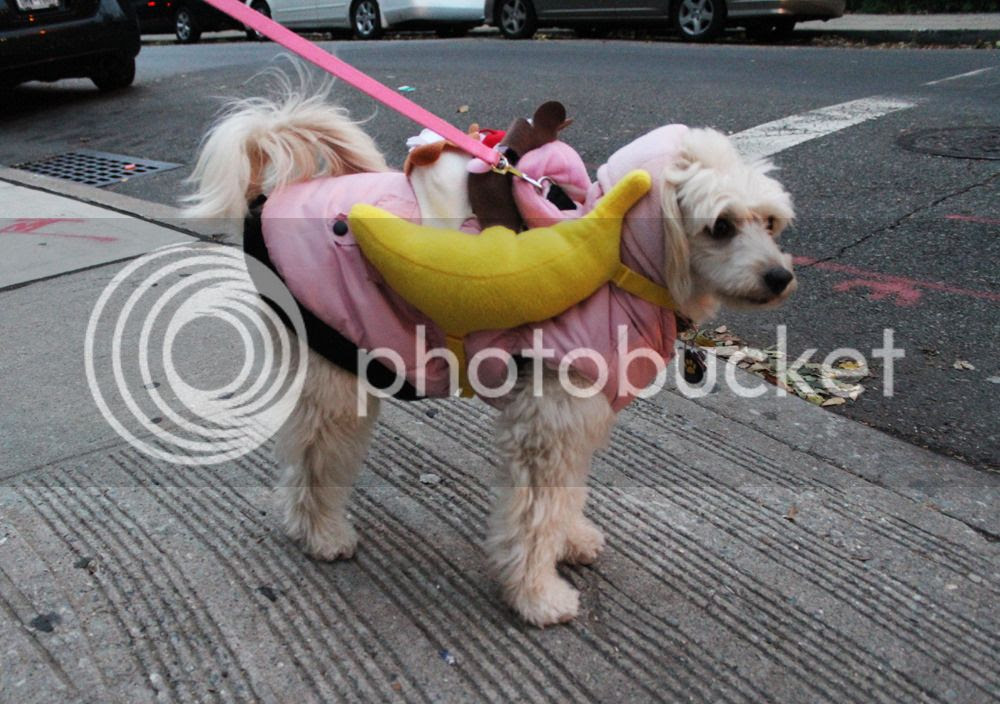 Today is also Halloween and surprisingly many children in the neighborhood still dressed up to go trick or treating. I never really dressed up for the holiday but my cousin picked up this banana split costume from Old Navy awhile ago for $1. Today was the perfect day to debut it on her golden doodle, Bella! So happy Halloween to all of you who celebrate it!

There were several highlights of the month that I do not have photos of. I attended a childhood friend's wedding which was an eye opening experience as it sort of marks the beginning of the whole adult experience. My boyfriend's cousin also had a baby girl a few days ago and she's just the most precious thing in the world. Honestly, I'm probably more adept at handling a puppy than a baby but they're still cute too look at! As October comes to a close, good days seem to be ahead and before you know it, the holidays will be here!
Labels: about me food Monthly Wrap Up