The September wrap up is a bit late this time and I was contemplating if I should do this post at all. I guess the novelty of doing monthly wrap ups has waned a bit for me lately. I convinced myself to sit here and type this all out because it serves as a little monthly diary entry for me. The month was dominated by school and I was trying to ween myself off of Instagram for a bit. I haven't been taking out my camera lately so unfortunately the few photos I have from this month are mostly via Instagram.

For about two weeks at the beginning of the month my toe was still healing from wart surgery so I was still hobbling around awkwardly. After my toe had healed enough for me to wear regular shoes, I had a few days of good health until my immune system took a hit from a nasty cold and cough. Alas, I recovered and the last week of the month was one filled with sunny days and good health.

My new internship kicked into gear and one of my first tasks was to create some flower arrangements with a fellow intern. Both of us had no prior experience but we gave it our best and it turned out pretty well!

Surprisingly I don't have many food photos to share with you this month. My boyfriend and I took a trip down to Brooklyn to check out a Doctor Who mural he desperately wanted to see. I left the date night planning to him since I was feeling uninspired and after a bit of research he chose a little Korean-French fusion restaurant called Bistro Petit. Our appetizer was the truffled mac&cheese which was delicious. The truffle oil was detectable but not overwhelming and the cheese generously coated the al-dente pasta.

For our entrees we chose the kobe burger and lobster roll which we split. The kobe burger was a bit uninspired and if I could rewind the hands of the clock, I'd go with something more unique. The lobster roll was good but the roll could have been toasted a bit. The sweet potato fries served with the lobster roll were very crunchy and delectable though.

Then of course we have the Birchbox Sample Stop which seemed like it happened eons ago. I blogged about it in detail HERE so I won't bore you with the details again.

One of my goals for the summer was to learn how to make friendship bracelets but it went unattended and unfulfilled. One Saturday my Mom and I took a trip to Michael's and bought some crafting supplies. I excitedly hurried home and searched for a few tutorials on Youtube and half an hour later I ended up with the above. I made two more bracelets and then my interest was pretty much gone.... I have a very short attention span when it comes to a lot of things. Hopefully I can learn a few more techniques when I'm feeling in the mood. Suggestions for designs and links to helpful tutorials anyone? 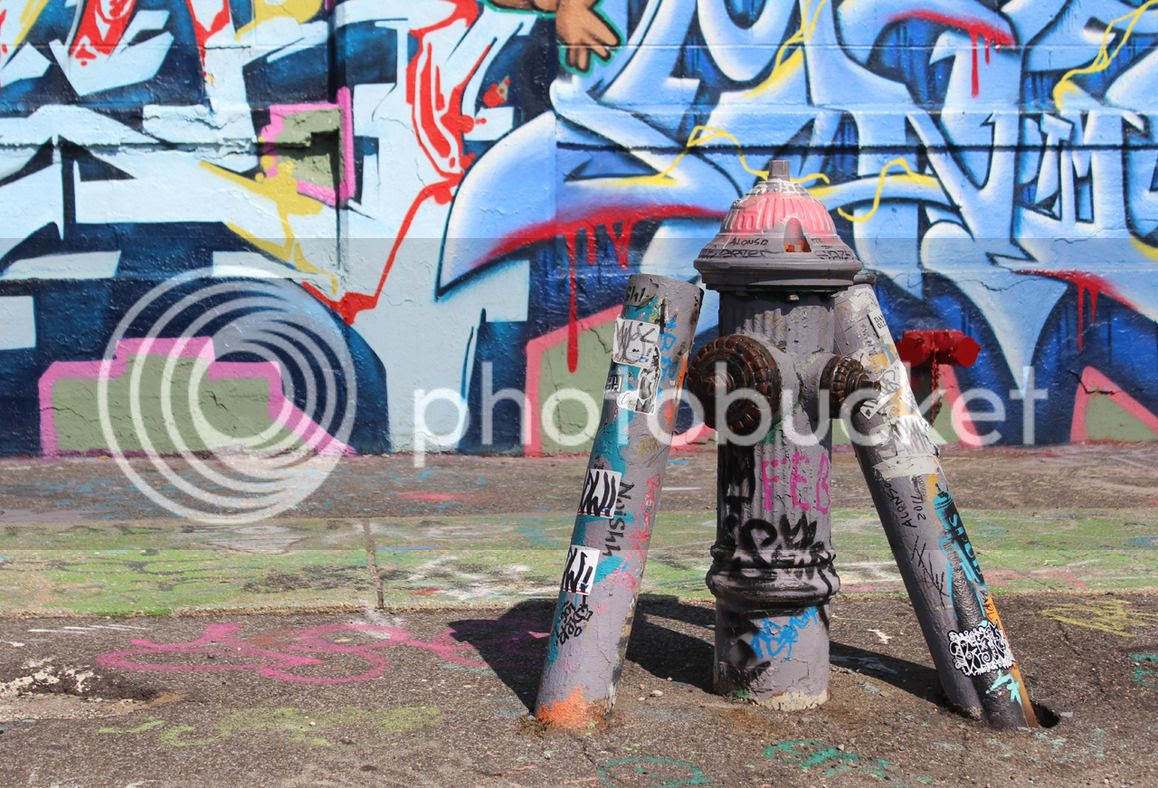 This is the one non-Instagram photo I have for this month which I feel quite bad about. I swore I would not resort to relying on Instagram for all my wrap up photos but that's pretty much what happened this month. For a school related outing I went to 5Pointz which is a graffiti mecca in Long Island City. 5Pointz is essentially a lot of old, unused buildings where grafffiti artists from around the world can legally paint. The artwork there is amazingly well done and quite beautiful. Unfortunately there are talks of destroying the existing buildings and constructing apartment complexes in their wake as Long Island City is an up and coming neighborhood.

For one of my cousins' birthdays, we had a little girls day out in Central Park but not before pigging out on some Wafels&Dinges. I'm not too crazy about sweets since I'm usually more into savory eats but Wafels&Dinges is a real treat. The bottom wafel is mine and I tried some of the sepkuloos ice cream instead of plain vanilla. I was extremely full from one entire wafel and think I will stick to splitting it with a friend in the future. Also, one of my friends and I ended up doing the daily challenge which gets you one free dinges. The daily challenge for the day was to order like an alien so I felt extremely awkward and the guy taking our order was new so he didn't know about the daily challenge.... Thank goodness his coworker knew what we were trying to do and we got a free topping on each of our wafels!

For the last weekend of September, I hopped on the Long Island Railroad to escape the city bustle and retreat to the quiet confines of my boyfriend's college. I didn't feel the need to document anything as it was my little getaway and sometimes you just need to put down your smartphone and enjoy things for what they are. Whilst there, we started watching Downton Abbey and finished the first season. We're a bit late but after all the Emmy hype we figured it was worth a chance and we weren't disappointed. Maggie Smith is like the anti-thesis of Betty White but still all the more lovable. I highly recommend Downton Abbey if you like some family drama and gossip goodness. I can't wait to watch the second season!

That about wraps up my September. How was the start of your fall season? I'm looking forward to the temperature dropping so I can fully convert my wardrobe into cold weather season!
Labels: about me Birchbox food Monthly Wrap Up