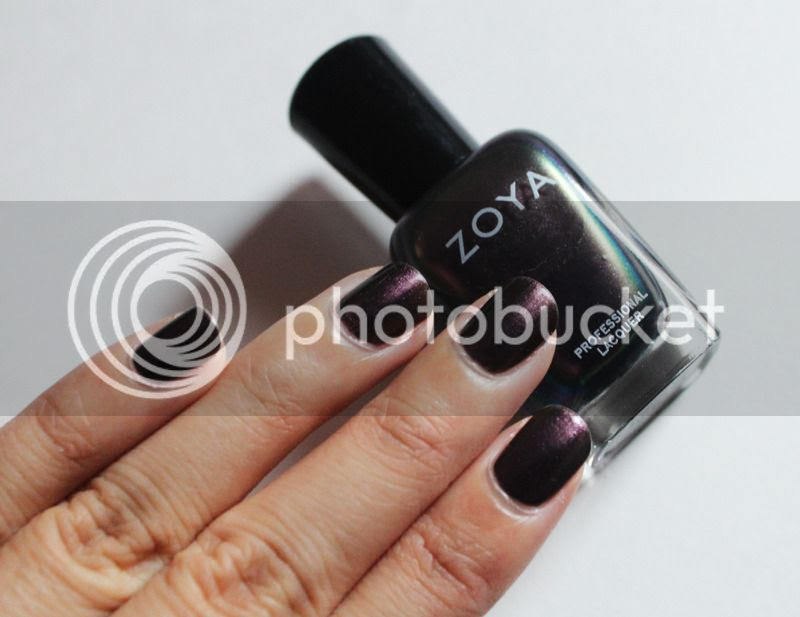 Zoya Ki is rather stunning in the bottle with its dark purple base and greenish teal reflection when the light hits it. I love the complexity of duochromes and subtle shimmers in a nail polish so I was all over Ki. Above is what Ki looks like most of the time in low to medium strength light. The deep plum purple is gorgeous and looks great for the cooler months. 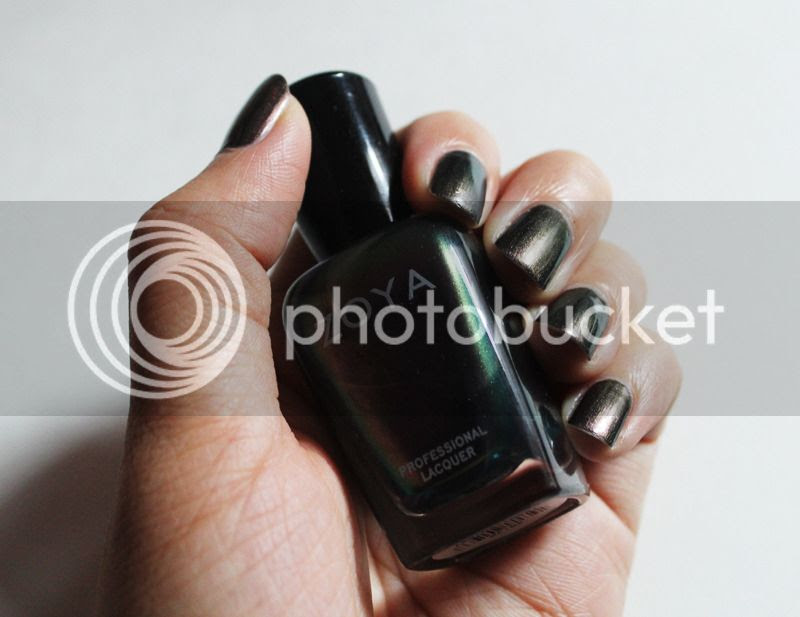 In direct sunlight and stronger lighting conditions, the polish looks mostly green and it's extremely hard to capture the shift on camera. In outdoor lighting the polish is a sparkling grass green that is nothing short of stunning.

Despite the interesting duochrome qualities, Ki fails to impress me for numerous reasons. Firstly, this polish is sheer and I had to do three to four coats in each nail to achieve decent coverage. The drying time took a lot longer than my other Zoya polishes and I smudged several nails in the process. I wouldn't say I'm a pro at doing nails but I paint my nails pretty frequently and rarely have to clean up or touch up. This was not the case with Ki. Even after it seemed to dry and I applied a top coat, Ki somehow managed to smudge and migrate from the nail tips. I mentioned before that the cream Zoya polishes I have tried gave me some nail tip issues within the first day but stopped after day one. Ki managed to separate from my nail tips for several days and did not seem ready to ever "set" on my nails. After about three days I couldn't take it anymore and just removed the polish.

Even though this is a shimmer finish, it actually looks quite dull and flat in artificial lighting. This polish definitely shines and sparkles in the sunlight but indoors it looks quite boring and almost, dare I say, ugly. The green is not very noticeable indoors and the color just looks a bit muddy. Unlike the Zoya creams I have tried, this polish lacked glossiness.

Perhaps I over applied layers and should have used a dark base color and Ki as a top coat of sorts. After good experiences with the Zoya creams, I was hoping this gorgeous shimmer duochrome would fare as well. But so far, no luck.
Labels: nail swatch Zoya