A Saturday at Noordermarkt 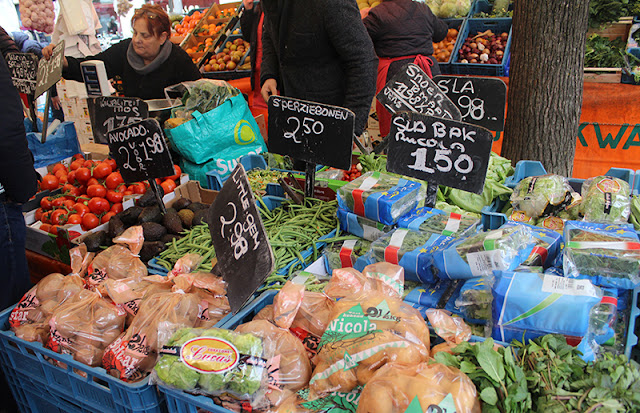 One of the things I miss the most about New York City is the variety of fresh, inexpensive produce that can be found in almost every neighborhood. Luckily, Amsterdam has quite a few farmer's markets which are not only great for shopping but people watching and having some traditional Dutch snacks. 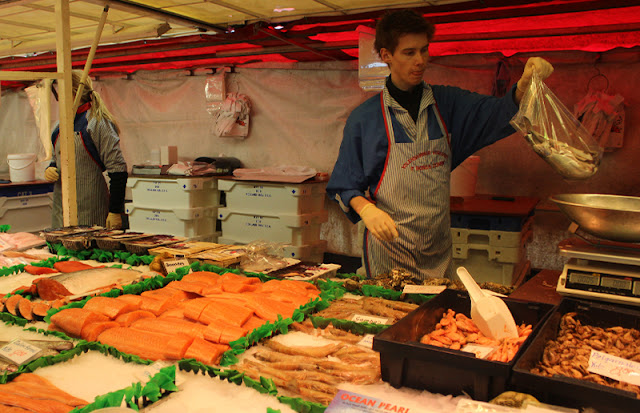 Barely any of the local supermarkets sell fresh fish so my mouth was watering when I spotted these fresh slabs of salmon.... 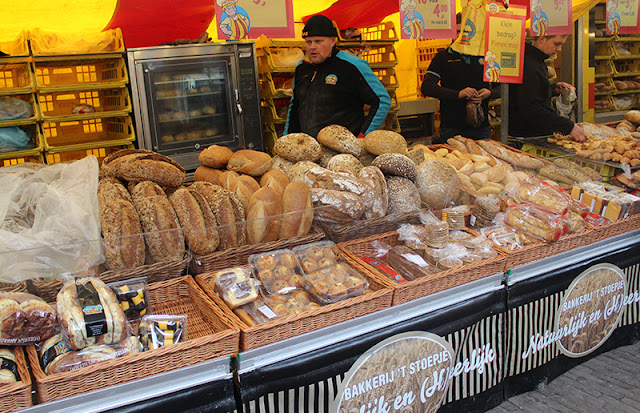 Fresh baked loaves of bread, anyone? 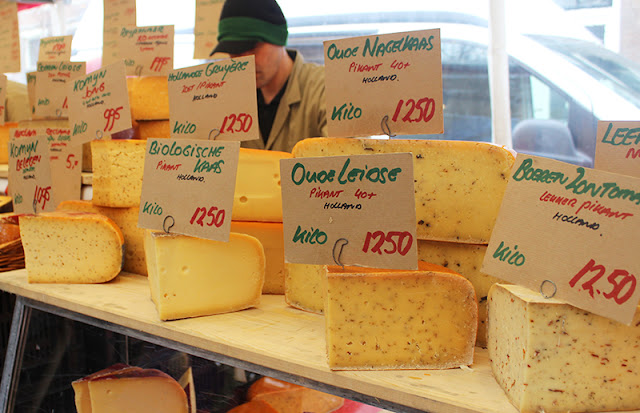 The Dutch love cheese and specialty cheese shops are common. So far I haven't bought an authentic chunk of Dutch cheese and have stuck with the pre-sliced versions. That will change soon though. 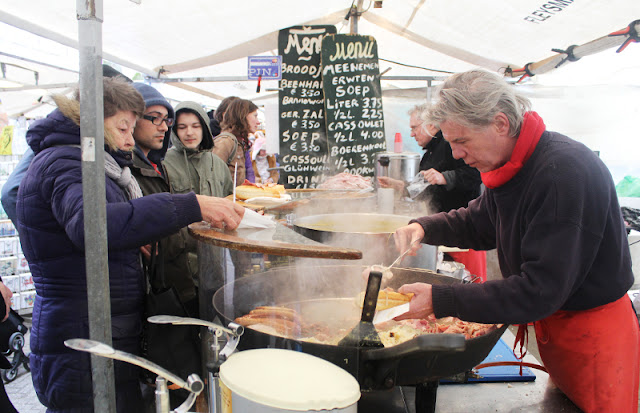 Meat broodjes (sandwiches) and traditional Dutch pea soup are must eats when you're in Amsterdam. 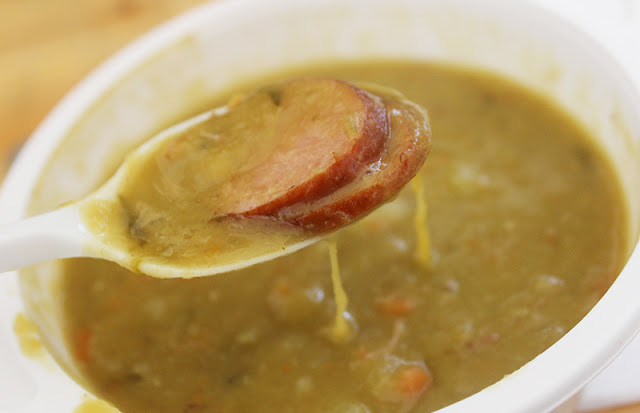 There's really nothing like a hot bowl of soup on a blistery cold day. Though the temperature here is similar to New York, the wind and constant gloominess make it seem much colder in the Netherlands. 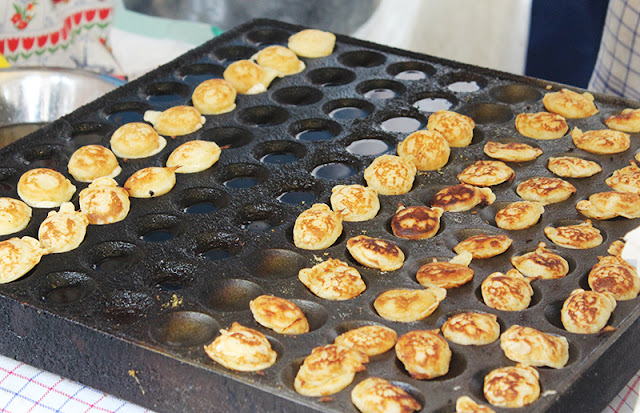 Poffertjes are probably one of my favorite Dutch snacks. I usually keep some pre-made ones in my fridge to have for breakfast or dessert but these fresh made ones were so tempting! 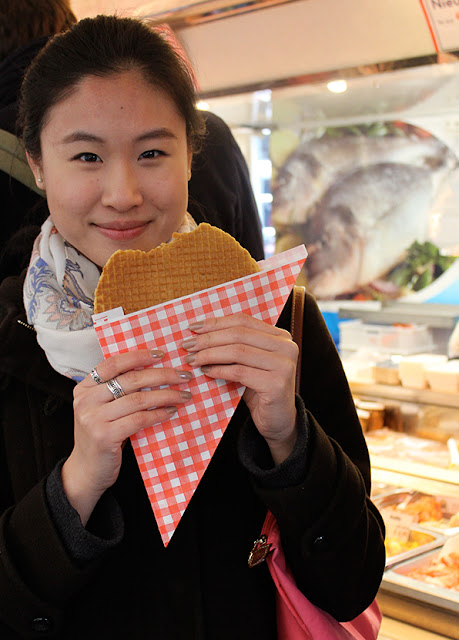 The reason I passed on the poffertjes was because I was simply too full from the soup and a giant homemade stroopwafel! The fresh stroopwafel was definitely tastier than the usual prepackaged ones. 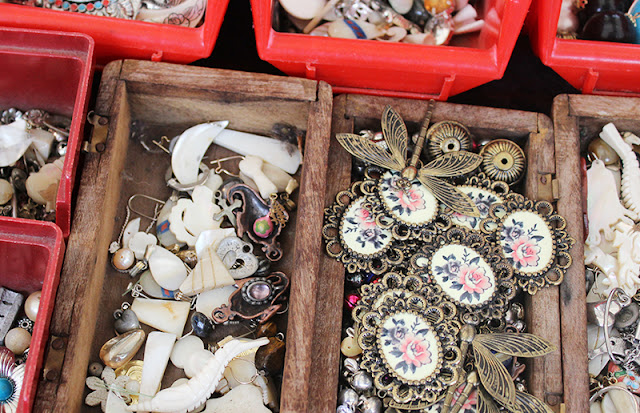 Lastly, here's a look at some pretty charms also on display on Noordermarkt since half of the market is dedicated to food and the other to clothing, trinkets and such.

Next on my list of markets is to visit is the Albert Cuyp Market. Until next time, tot ziens!
Labels: Amsterdam food travel