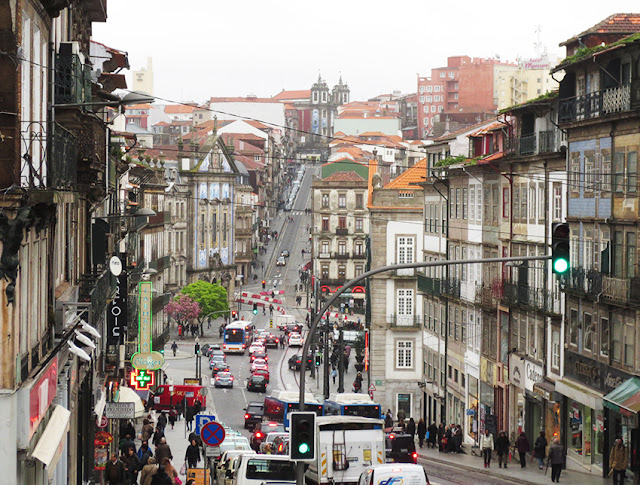 Last week I took my first journey out of the Netherlands and spent a few days in Porto, Portugal expecting balmy weather and scenic views of the Douro River. While the temperature was much warmer than in Amsterdam, it rained every single day I was in Porto and none of the boats could sail due to strong currents. Nonetheless, the experience showed me a different side of Europe and was well worth the effort. 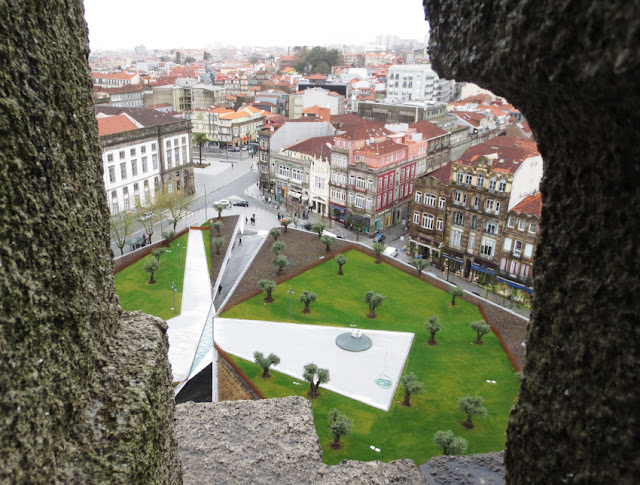 The Clérigos Tower has one of the best views of the city although it is quite crowded with tourists (as is the rest of Porto). The city is quite small and most of the main tourist attractions are within walking distance. There seemed to be more tourists than local people in Porto which was both comforting and off-putting at the same time. 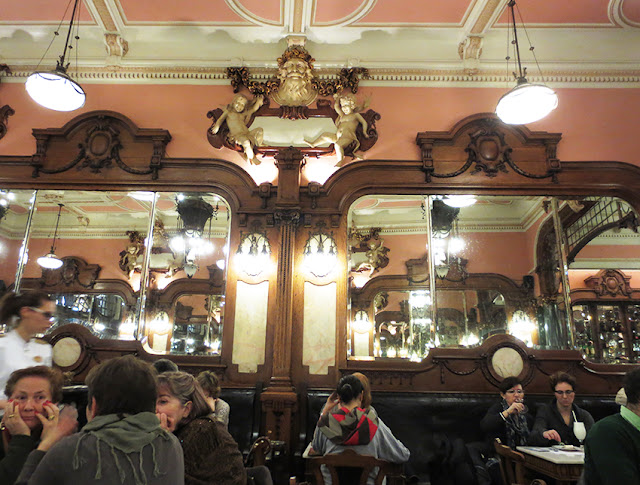 Café Majestic is a popular eatery in Porto which is where I ate my first meal after dropping off my belongings at the hotel. I would recommend this place more for lunch rather than dinner and the portions are quite dainty. The servers are incredibly sweet and have a decent grasp of English. The price of food and lodging is considerably less expensive in Porto compared to Amsterdam which was a relief. 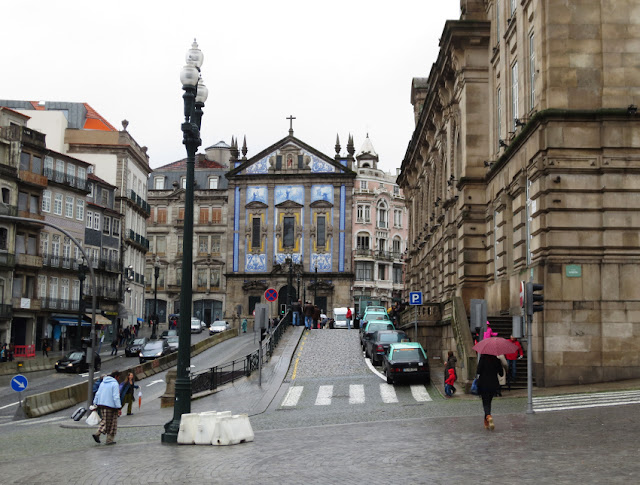 Many of the buildings, especially churches, have blue and white tile accents which remind me of Dutch delft pottery. You can definitely feel how old the city is just by looking at the crumbling cobblestone streets and run-down buildings. 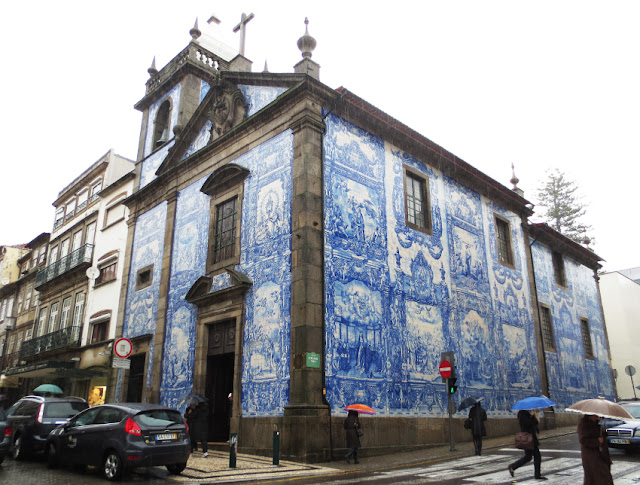 As someone who is not religious and does not believe in a higher being, I am fascinated by buildings of worship. I made it a priority to visit a few of Porto's many churches. 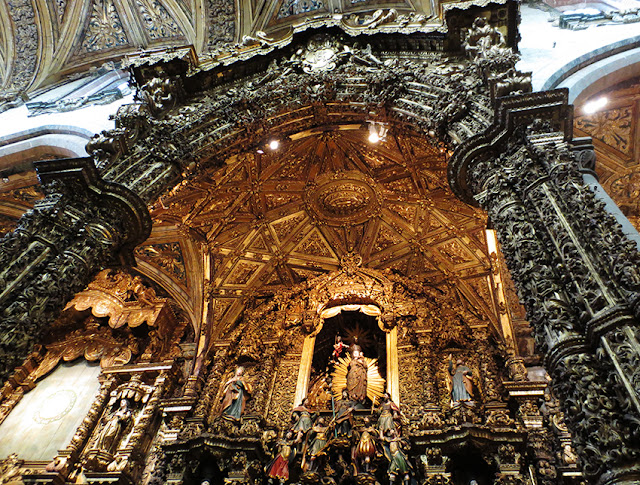 The Igreja de São Francisco was by far my favorite church that I had a chance to visit. The interior is breathtakingly detailed and beautiful. Simply sitting in a pew, listening to the gentle footsteps of the other visitors and taking in every inch of the church puts me at ease. 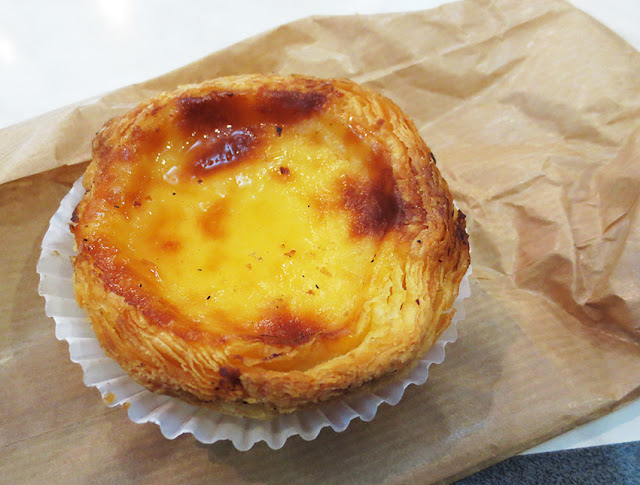 Every other shop in Porto seemed to be a bakery which was heaven! I knew I had to try pastel de nata which is pretty much dan tat, which I'm sure my Chinese readers will know about. Egg tarts are one of my favorite Asian sweets and I believe they were inspired by the Portuguese snack. Each bite of the flaky crust and creamy center reminded me of home.... 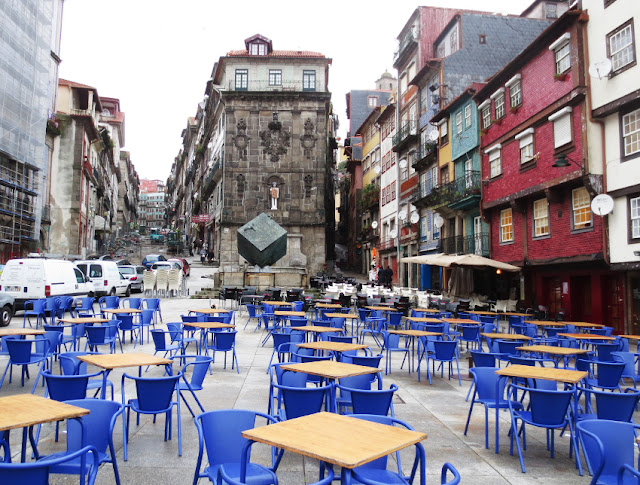 Several of the main streets were dug up and surrounded by chicken wire, making it quite difficult to navigate the already steep hills of the city. 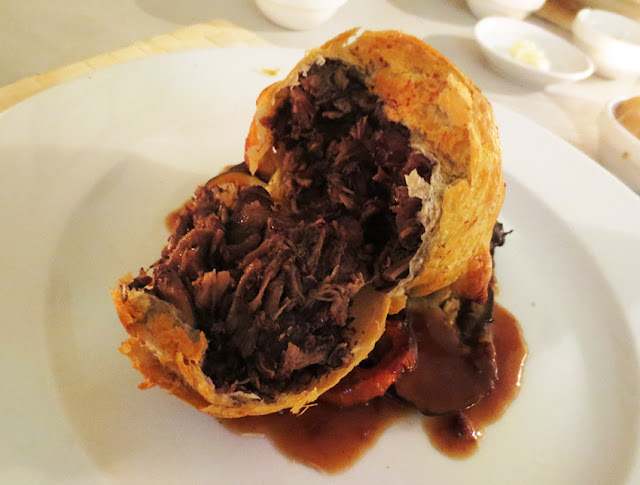 If you ever stop by Porto, avoid the restaurants along the river as they are complete tourist traps. I had one too many meals along the Douro and I will spare you the details of the long waits and tasteless entrees. Above is my favorite meal that I had throughout the entire trip which was a veal wellington at Andor Violetta. The prices were still reasonable (coming from New York City, everything is average or inexpensive...) but the only complaint is that they charged my table €2 per person for bread, butter and olives which the waitress handed out at the beginning of the meal. This happened at another restaurant in Porto as well but it was €3 for three people. It was a real surprise finding out that the bread was not complimentary as it usually is back in America and in the Netherlands.... 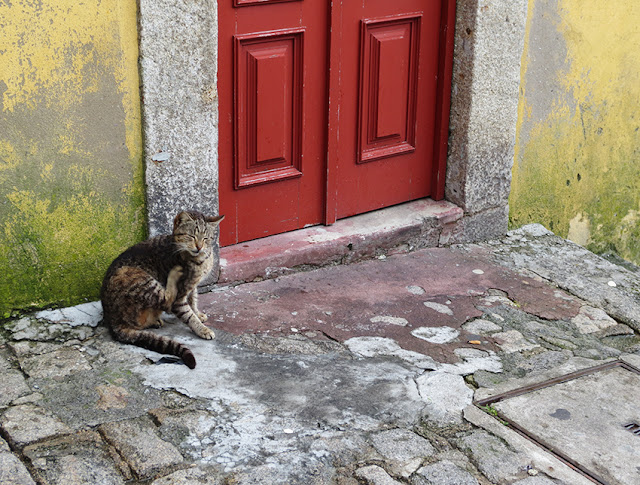 Stray cats are quite common in the streets of Porto. I love cats but was too afraid to pet any as the streets are quite dirty and I'm sure fleas and other pests run rampant. 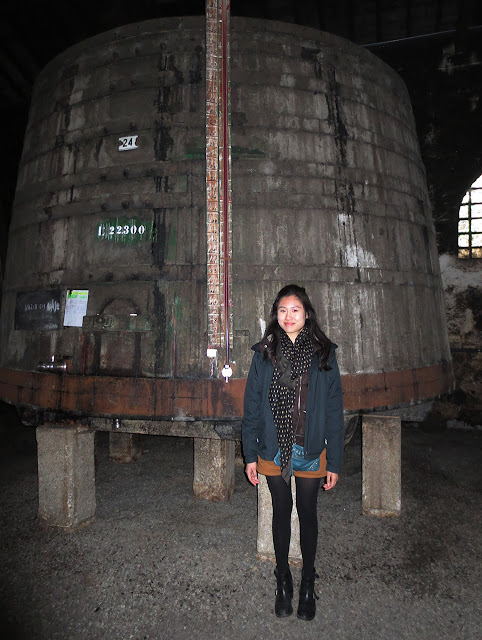 Porto is most famous for producing port wine and there are dozens of cellars located just on the other side of the Dom Luís Bridge in Gaia. I have a very low alcohol tolerance and just can't enjoy a glass of wine, beer or any other alcoholic beverage but I went on two cellar tours and had a great time. I love learning little tidbits and even though I can't drink much, it doesn't hurt to know a bit about a topic most other people find interesting. 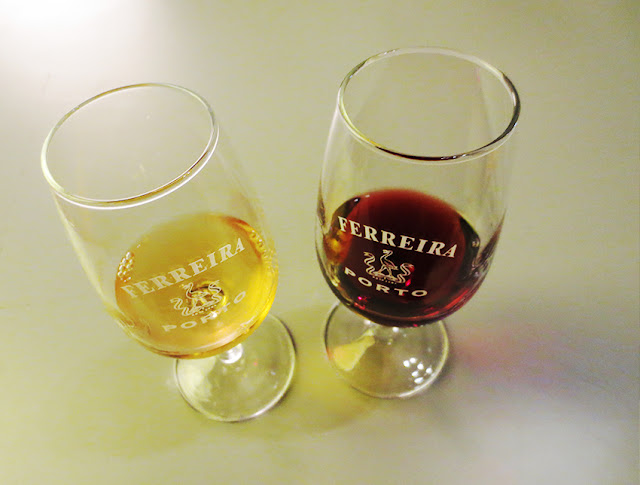 I highly recommend a tour at the Ferreira cellar as the guide spoke impeccable English and gave a very comprehensive explanation of the port making process which was perfect for beginners like myself. At the end of the tours you get a tasting of a white and red port. I took the tiniest of sips of each and passed the rest on to my wine-loving friends who were happy not to waste a drop. Port has a very fruity and sweet taste but a strong alcohol kick due to the high brandy content. 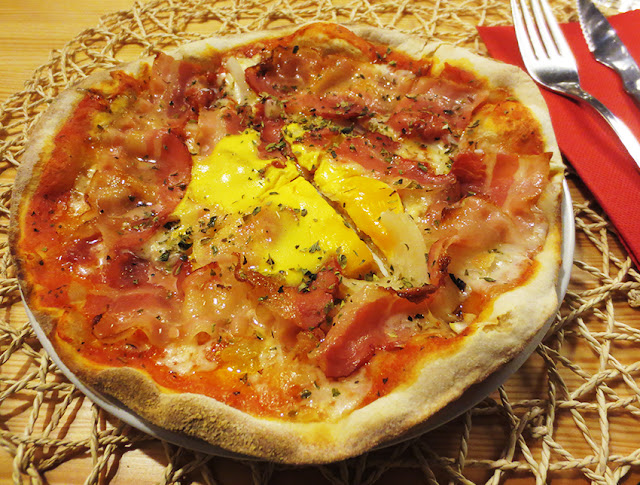 My last meal in Porto was at Presto Pizza simply because it was raining cats and dogs and my hotel was nearby. I had walked by it a few times during the days before and it seemed to be a busy place so it was worth a try. The mini pizza was a reasonable €3.50 and the service was quick. The pace of Porto life is quite mellow and slow from what I gathered. As a Type-A New Yorker, it was painful at times having to wait 45 minutes for a meal to reach the table. Also, the people seem to eat later in Porto because the restaurants tend to open at seven and close at midnight. 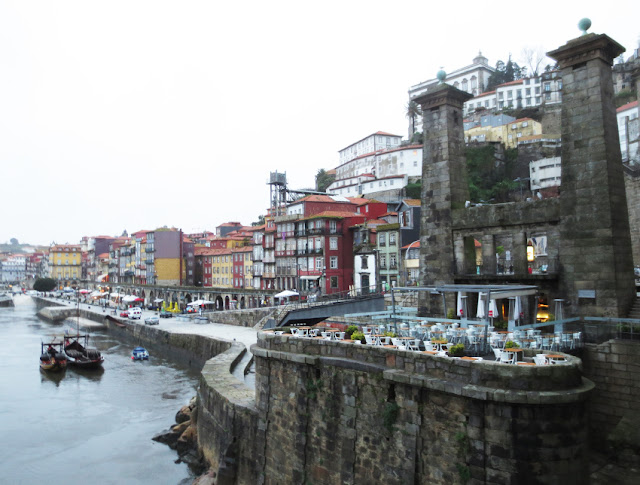 A year ago, I wouldn't have been able to tell you were Portugal was on a map so who knew it would be one of the first European countries I would visit. I did pretty much all the tourist-y things in Porto and I think the experience would have been better if the sun had made a longer appearance. The valley would definitely be more scenic and alive during the late summer and early fall months since that is when the grape picking takes place. While I won't be rushing back to Porto anytime soon, it was a nice change from Amsterdam life.
Labels: food travel