From Cologne to Dusseldorf, Germany 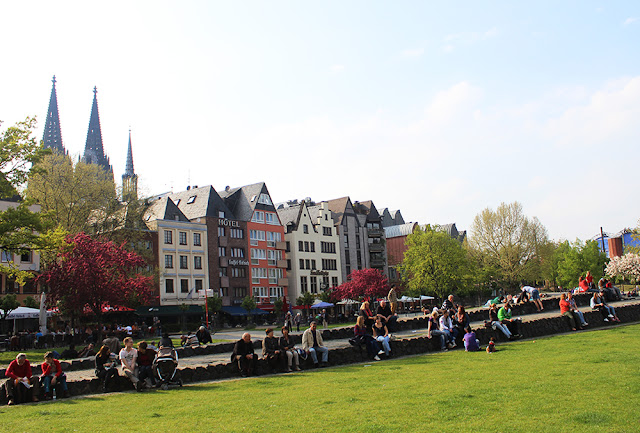 When someone talks about travelling to Germany, cities like Berlin and Munich come to mind but I found myself in Cologne and Dusseldorf, two places I have never heard of a few months ago, instead. The main reason for the three night, four day trip was simply because the bus tickets were cheap and Cologne is only four hours away from Amsterdam. 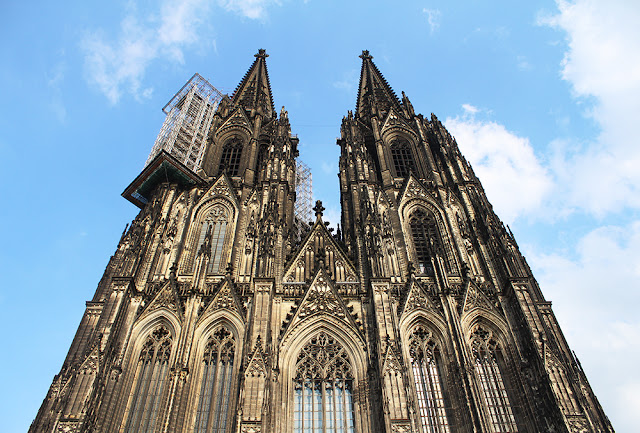 The main reason many people visit Cologne is to visit the Dom Cathedral which dates back to the thirteenth century. The Dom is the largest gothic church in Northern Europe and has a spot on the Unesco World Heritage Site list. 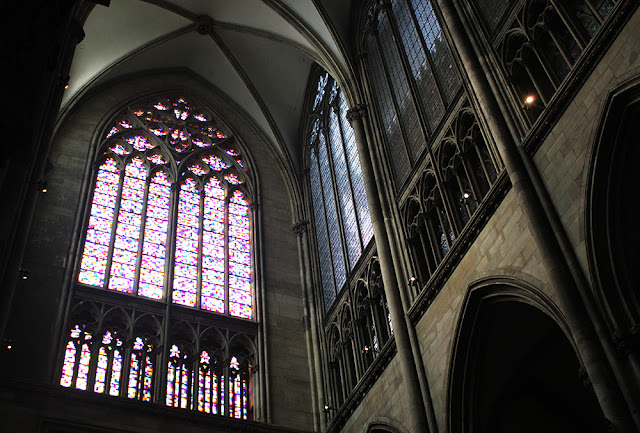 While the exterior of the church looks quite worn and shows the toll that centuries have taken, the interior is beautifully preserved and pristine. The stained glass windows were mesmerizing but my lacking photography skills couldn't pick up the subtle hues. 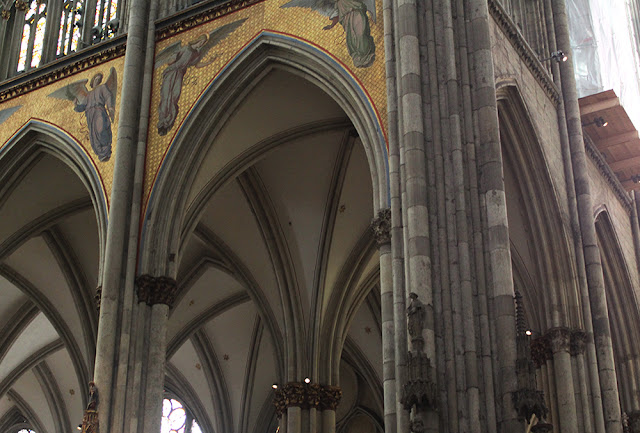 I wish I had brushed up a bit on my gothic architecture studies from art history but alas, sitting in a pew and quietly admiring the decades and knowledge it takes to construct such a building was enough. 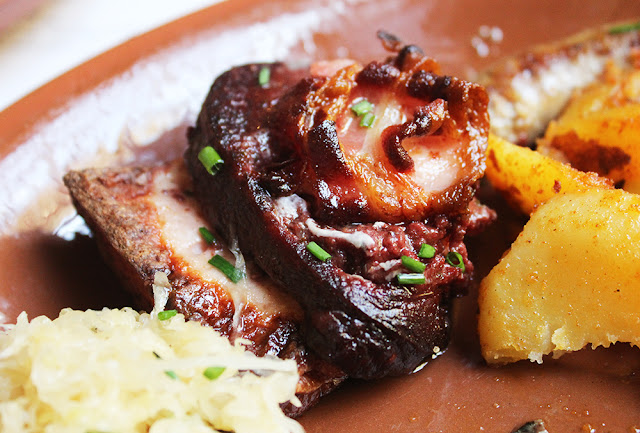 Smoked pork hock is a local specialty so my friends and I headed to Haxenhaus zum Rheingarten, a well reviewed eatery near the Rhine. The pork knuckle was a bit dry but the ham and sausage were mouth-wateringly juicy and delicious. The potatoes on the side were also great. 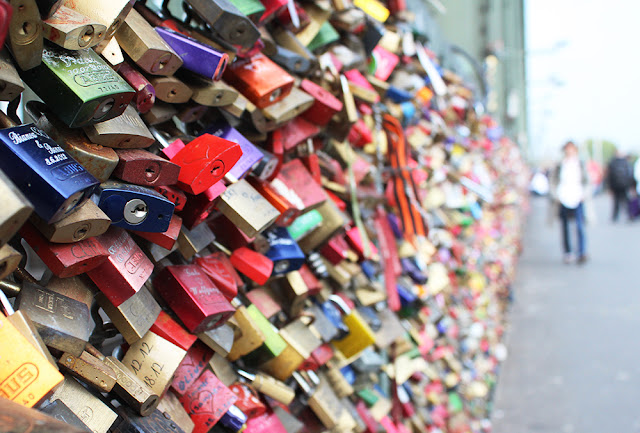 The Hohenzollern Bridge is another popular place to visit as it's covered with thousands of locks just like the Lover's Bridge in Paris. Apparently these lock bridges are quite popular in European cities. 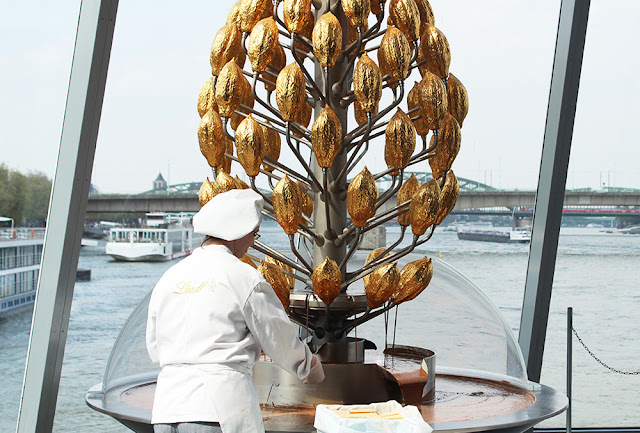 A local recommended we visit the Chocolate Museum which was a nice way to spend a few hours. The position of the museum makes it a great place to sit indoors and watch the boats go by on the river. 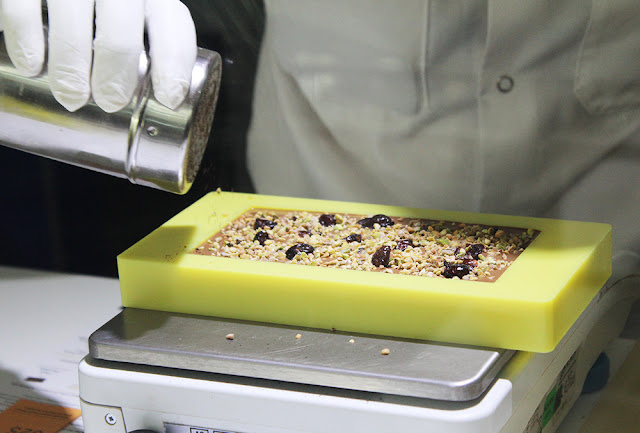 You could also customize your very own Lindt chocolate bar which my friends indulged in but I passed on. I did allow myself a very naughty hot chocolate float with Belgian chocolate ice cream which was worth every single calorie. 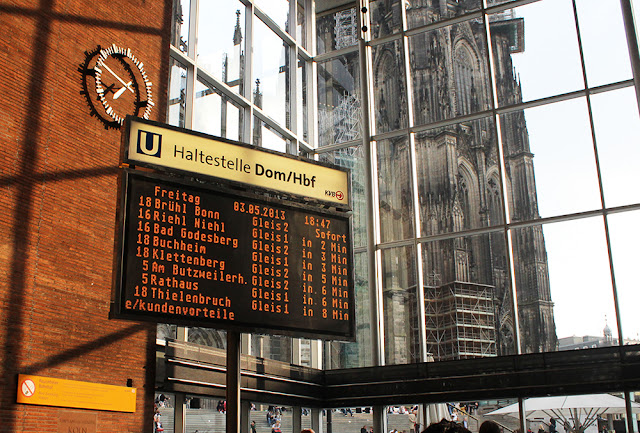 After a day and a half in Cologne, my friends and I decided to hop on a train to Dusseldorf which is only about half an hour away. The Cologne train station is quite large and busy so it reminded me of what my everyday life used to be in New York City. 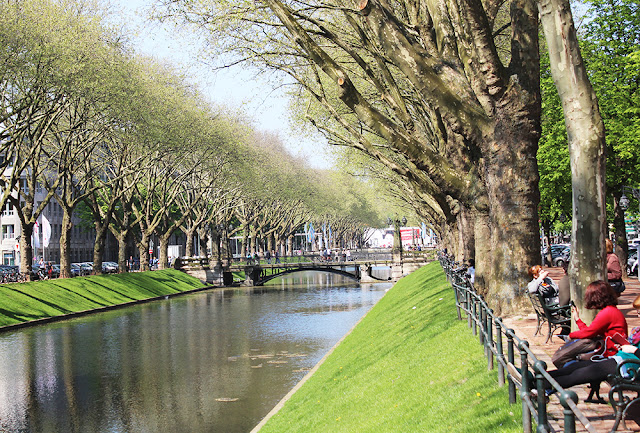 Dusseldorf was larger than I expected and thankfully I wore comfortable shoes that day. The Königsallee is a major avenue that resembles a much greener Fifth Avenue. From Zara to Prada, shoppers with a bit of extra euros will be happy with the selection here. Cafes can be found at almost every block which make window shopping much more enjoyable. 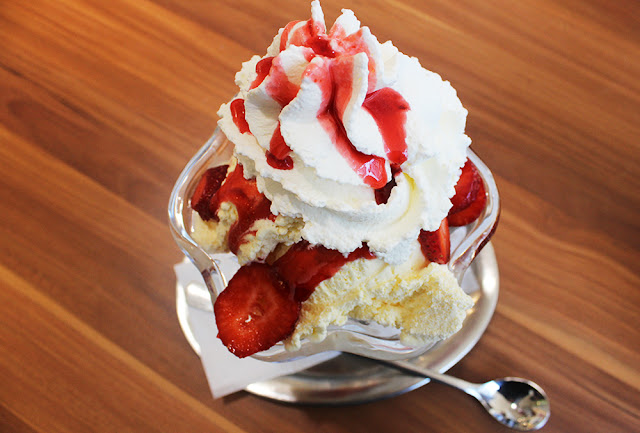 My sense of eating healthy totally flew out the window during my time in Germany and I selfishly ate this entire vanilla strawberry sundae by myself. Again, totally worth it. 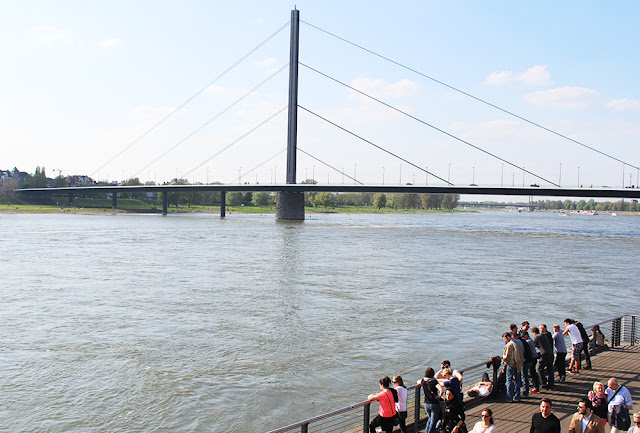 The Altstadt, or Old Town, includes a charming walkway along the Rhine and is the perfect place to soak in some rays and people watch. 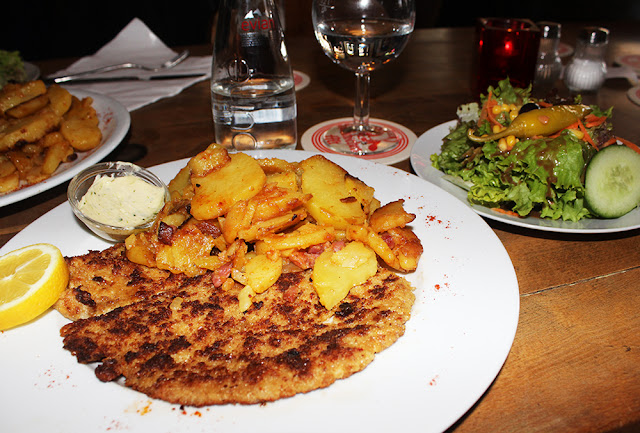 For dinner that evening, I had a German specialty, schnitzel. Schnitzel is pretty much the German version of Japanese katsu, or breaded cutlet. The pork was delicious, especially with the herbed butter which melted instantly on contact with the meat. The potatoes were equally as delicious and I finished the entire schnitzel and most of the potatoes. It is unusual for me to finish a meal this large in one sitting so that must tell you something about German taste! 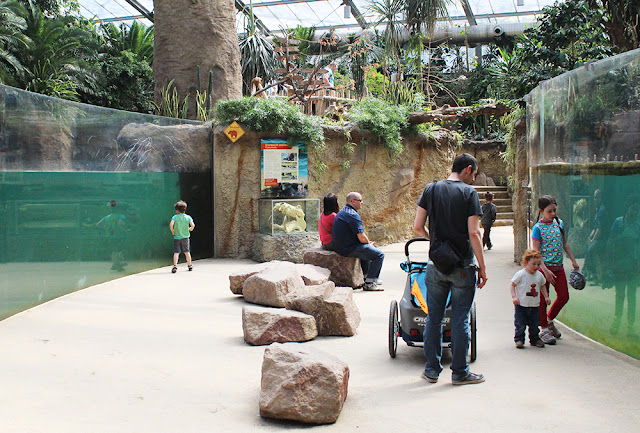 On our last morning and afternoon in Cologne, we took a trip to the zoo. I was impressed by the size of the zoo and the play areas designed for young children. It made me wish I was about fifteen years younger. 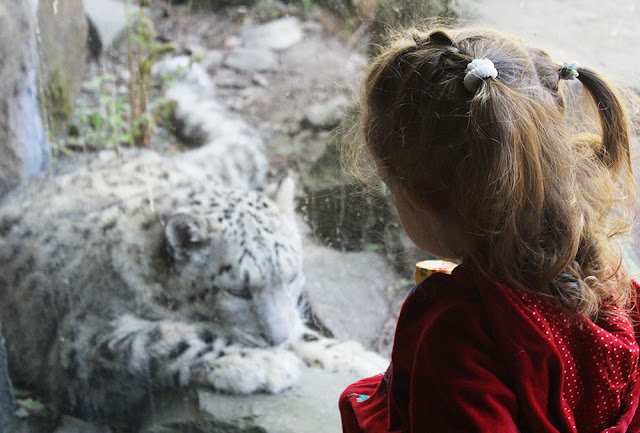 Most of the signage was in German and only a handful of plaques seemed to have English translations. All for the better, I suppose, to watch the animals instead of reading every little detail. 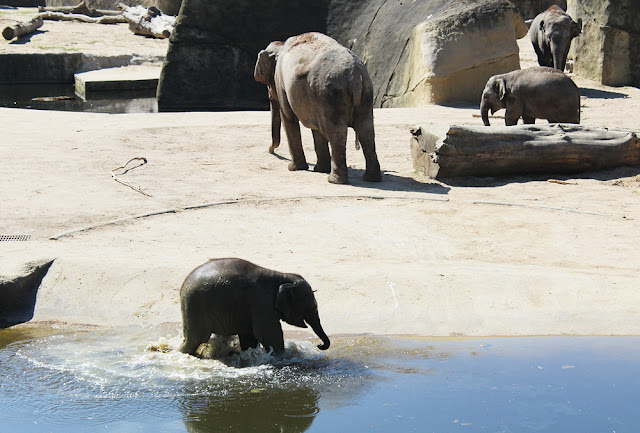 The most popular exhibit at the Cologne zoo are the elephants who have a large compound at the furthermost point of the attraction. The youngest elephant was adorable and very playful in the water. 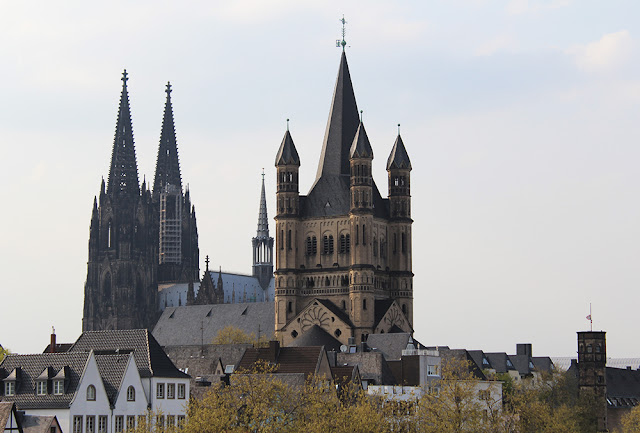 Although Cologne and Dusseldorf were not on my list of places to visit prior to being in Europe, they were both nice cities to see for a few days. I would recommend Cologne over Dusseldorf as the cathedral is not to be missed whereas Dusseldorf is more commercial. Both places would be perfect to add to your itinerary if you ever plan on going on a Euro-trip around Germany, though!
Labels: food travel