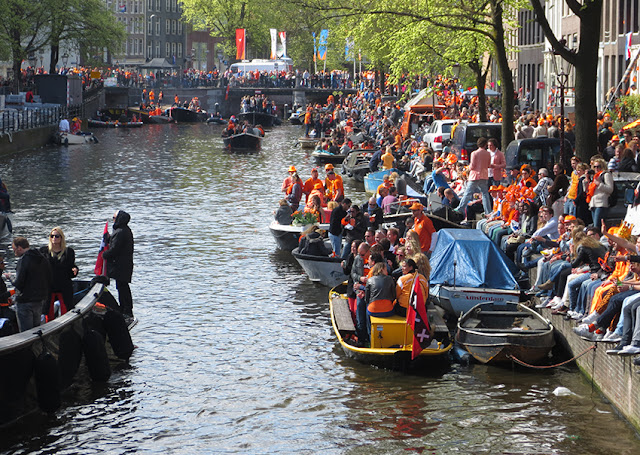 Koninginnedag is undisputedly the biggest holiday in the Netherlands and takes place on April 30th every year to commemorate Queen Beatrix. This year's festivities were especially important since this will be the last Queen's Day for awhile as Willem Alexander has taken the throne as king and next year will be Koningsdag. On April 30th, the entire country becomes orange and Amsterdam is one giant party. 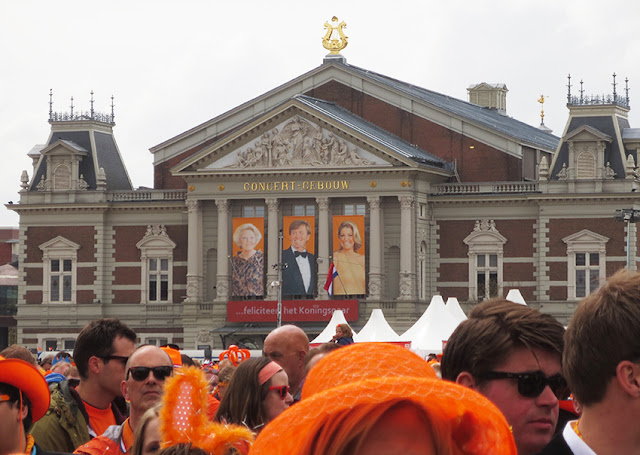 Large open areas, such as the Museumplein, featured large screens which televised the royal ceremonies. All of the proceedings were in Dutch but the general idea was that Queen Beatrix was abdicating the throne to her son. 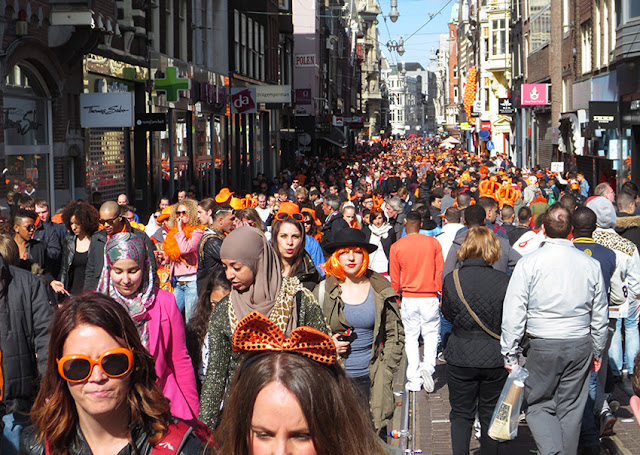 It seems like everyone takes to the streets on Queen's Day and some smaller streets are almost impossible to walk through. Mini-stages were set up all over the city so music could be heard on every block. Some Amsterdamers specifically choose to leave the city during Queen's Day as to avoid the droves of people. 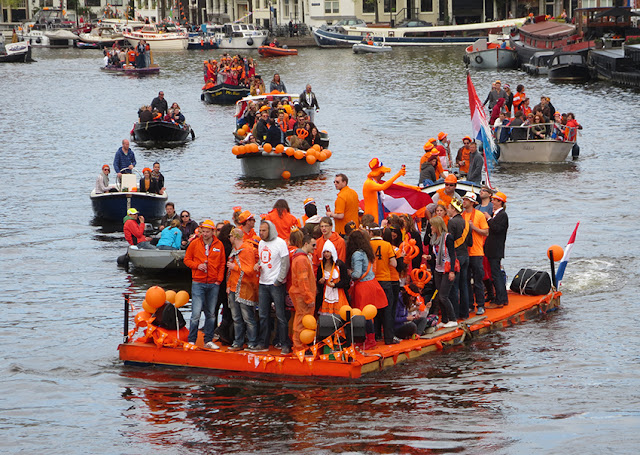 Boats also filled the canals and it was amusing to see people crammed onto tiny rafts. 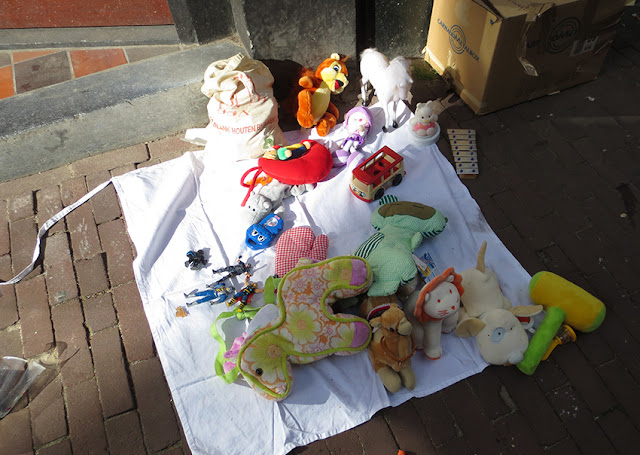 Queen's Day is also special because anyone is allowed to sell their belongings in the free market. People had old clothes, baked goods and many miscellaneous things for sale. The cutest vendors were definitely the children who had plushies and other small knick knacks up for offer. 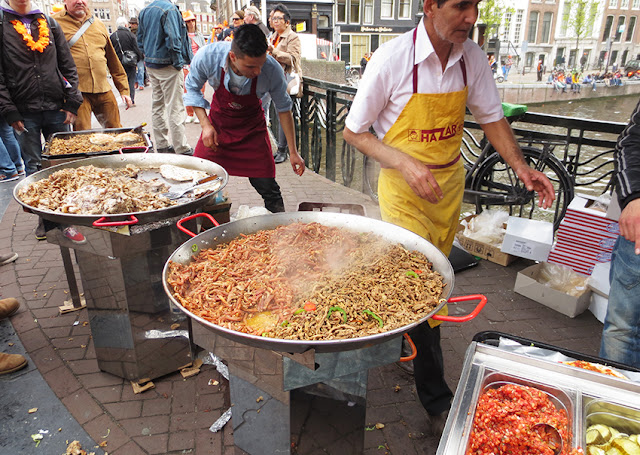 My favorite part of Queen's Day is definitely the food. Almost everywhere you turn you'll be greeted by some wonderful aroma of something delicious. 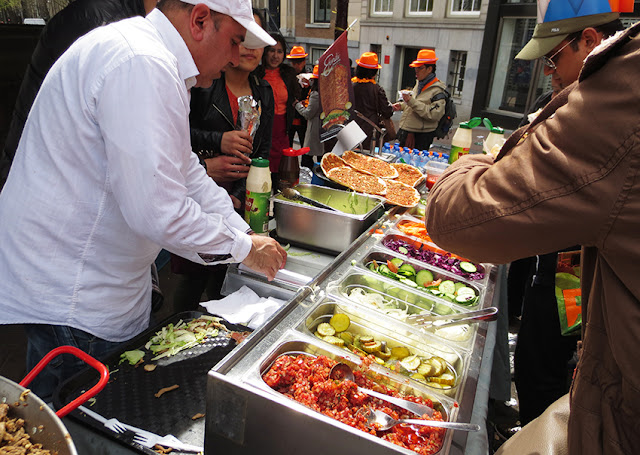 I could smell this Turkish pizza stand from blocks away and I knew I had to have one. The wraps are coated with herbs and spices and loaded with your choice of meat and tons of veggies. 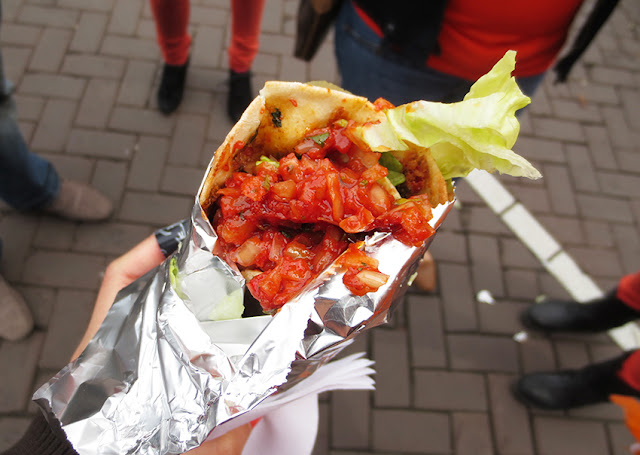 Yum! I like my fair share of fancy schmancy restaurants but sometimes street food takes the cake. 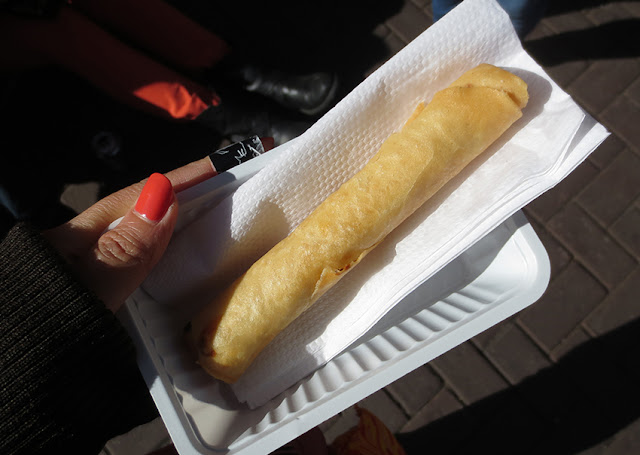 Vietnamese leompias were also a hot commodity and I got a vegetarian one as a little snack. Ah, how I miss good, reasonably priced Asian food.... 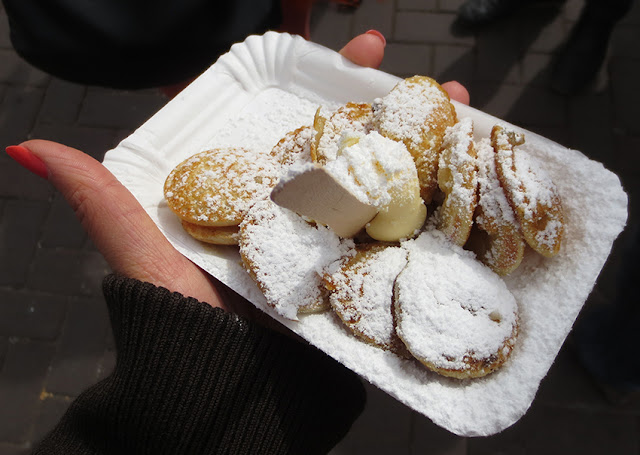 Last, but certainly not least, a Dutch treat: poffertjes! Stroopwafels seem to be the more popular Dutch sweet but I love poffertjes much, much more. These mini pancakes are fluffy pillows of doughy awesomeness doused in powdered sugar and butter.

Queen's Day was a fun experience but definitely not for everyone. The city is loud, sometimes chaotic and downright dirty. I probably would not want to celebrate another Queen's Day but for people who like to dance in the streets from dusk til dawn, Amsterdam would be the perfect place.