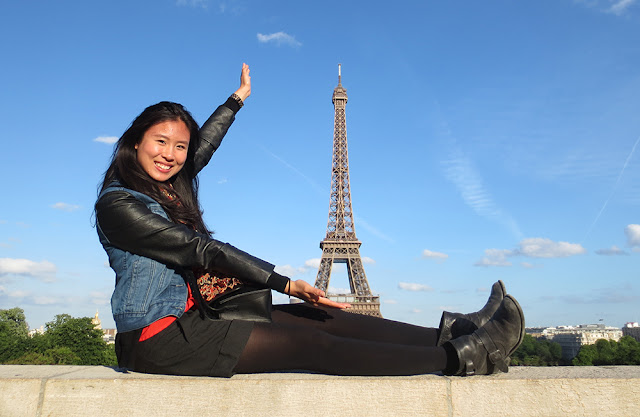 Paris almost didn't happen for me but by a stroke of chance and a few arrangements, I took a seven hour bus ride from Amsterdam to the City of Light. 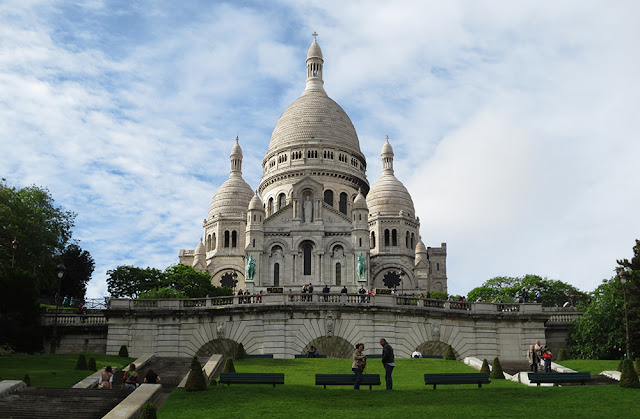 Sacre Coeur was my first sight seeing pitstop and it is one of the most magnificent churches I have had the fortune of visiting. The basilica is situated atop Montmartre hill, the highest point in Paris. 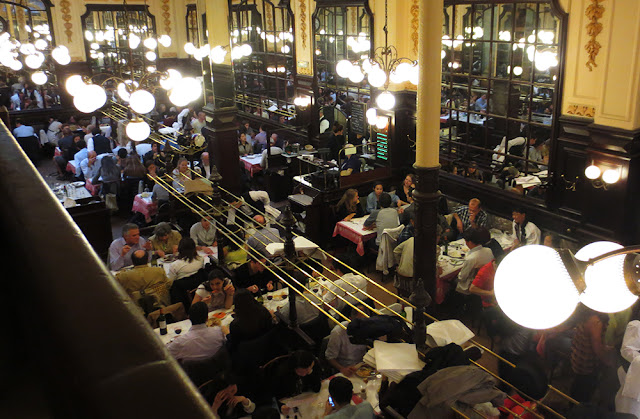 This trip was not centered around food at all and I was not too picky with my meals. Budget was a big factor in this decision and the friend I was traveling with is not much of a foodie. Bouillon Chartier has a lot of love from internet reviewers and the line was out the door when I arrived so I expected quite a bit. Unfortunately, the food was mediocre at best and the only redeeming factor was the lively atmosphere and old time charm. 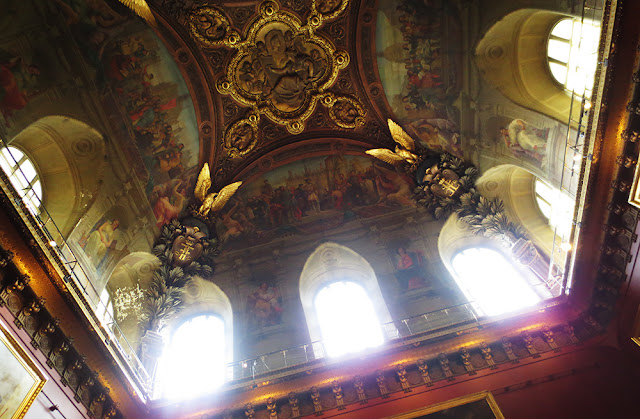 The Louvre was a must see and the museum itself was more interesting to my untrained eyes than the artworks on display. 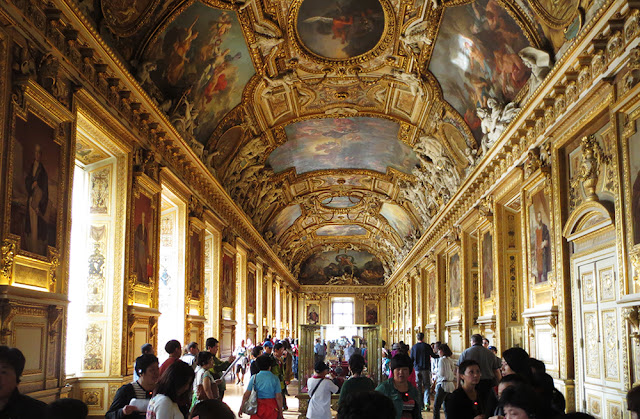 The Louvre is a former palace and the rooms certainly reflect that. The museum is the most visited in the world and I had not seen so many Americans in one place since I left New York! 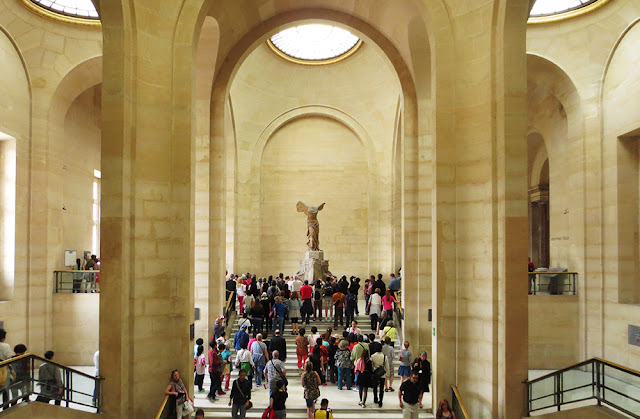 The Winged Victory of Samothrace is my favorite piece at the Louvre and one that I had studied years ago during an art history class. The sculpture is located in a airy corner of the museum with lots of natural light, making it a great place for photos. 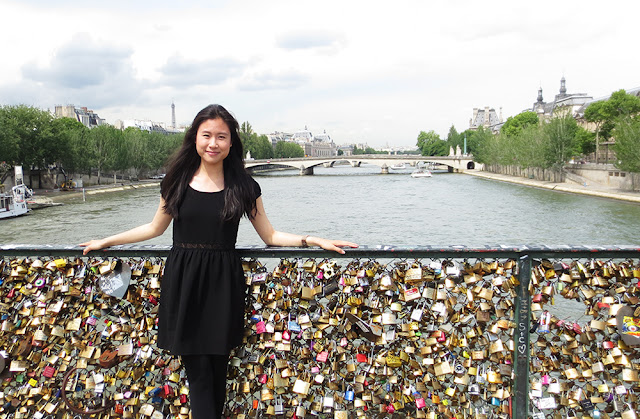 Next up, I strolled across the popular lock bridge and enjoyed the view. The sun was shining but don't be fooled, it was still quite chilly! I wore a cardigan, denim jacket and scarf for the day and my friend held onto my layers for the sake of a few pictures. 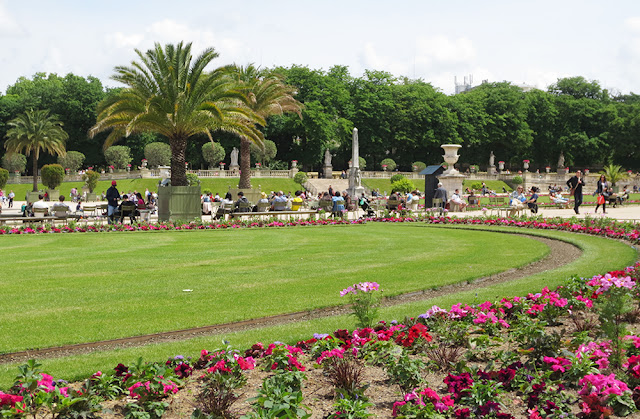 A friend recommended I stop by the Luxembourg Gardens and I am so glad I did. The sprawling greenery was well kept and it was a real pleasure to walk through. 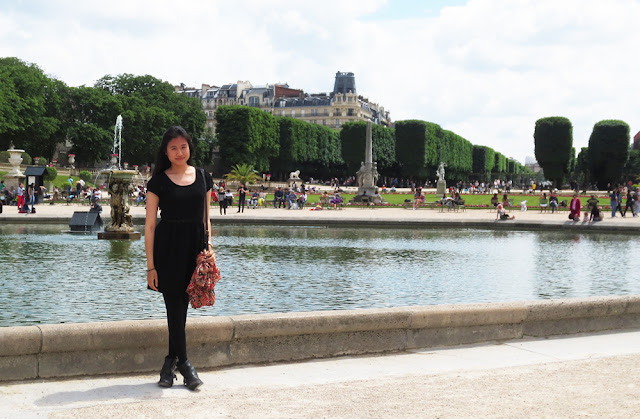 Quite a few times I noticed trees cut into square shapes which I think is remarkably chic! Paris was surprisingly spread out and there was a lot of space to walk about. If you plan on exploring the city by foot, wear very comfortable shoes because you'll be getting a lot of mileage! 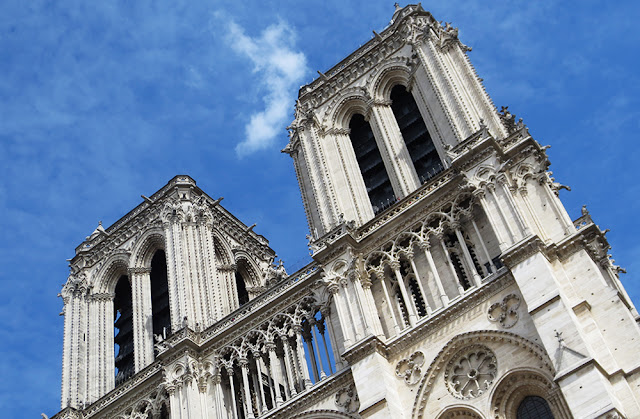 The last stop on my first full day in Paris was Notre Dame. There are a lot of street performers in the area and it's a great place to people watch as well. 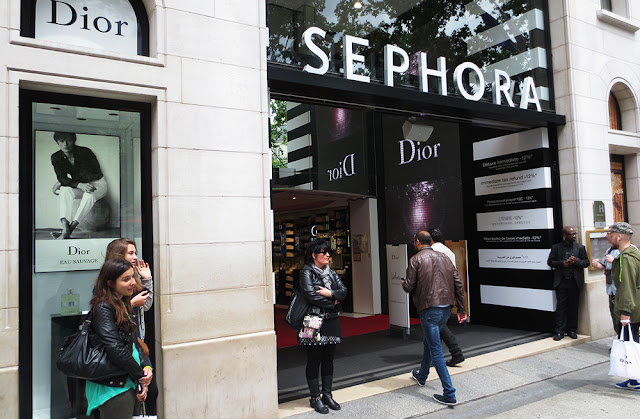 My second, and last, full day began with walking to Champs-Élysées, no minor feat considering how large the city is. The famous avenue disappointed me a little, to be quite frank. The Sephora flagship store was a lot smaller than I expected and there weren't many exclusive products not available stateside. Most of the stores were large chains and the hoards of tourist make smart shopping impossible (not that I was planning to buy anything anyway). I would recommend checking out smaller streets with local boutiques instead. The St. Germain area had many more interesting shops and the atmosphere of the neighborhood was more authentic. 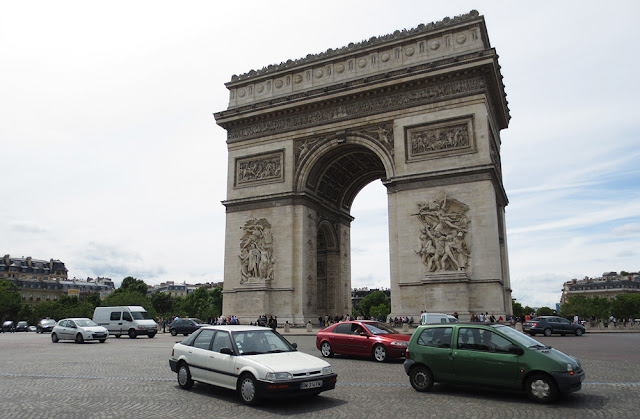 At the end of Champs-Élysées there is the Arc de Triomphe which was more impressive than I expected it to be. 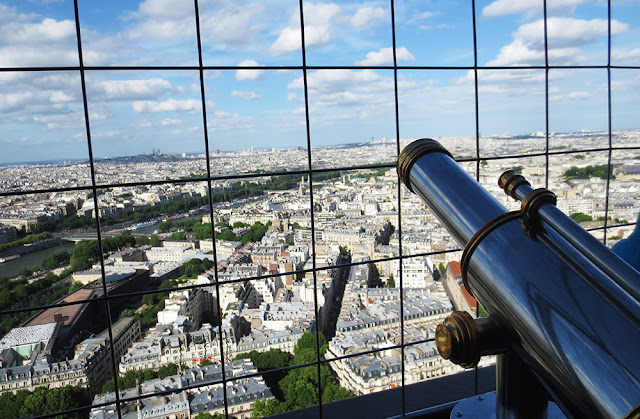 From there, I headed to the most iconic Parisian monument, the Eiffel Tower. The line for tickets was incredibly long but the wait was worth it. My fear of heights and the longer wait to get tickets to the top meant that I only got up to the second floor, but it was still spectacular! 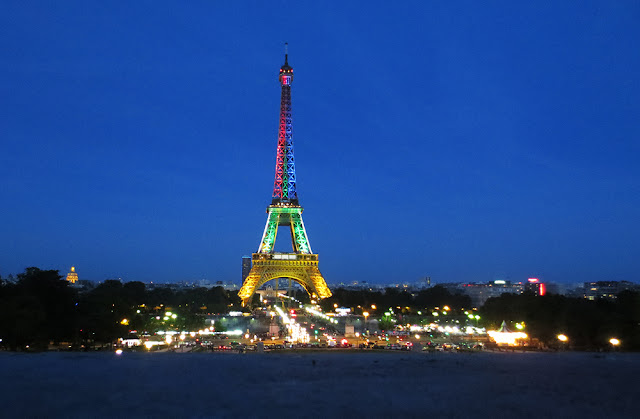 I hadn't expected myself to enjoy the Eiffel Tower and surrounding grounds as much as I did. My friend and I spent a few hours in the neighborhood just people watching and relaxing under the shade of the tower. I suspect that many people try and visit the Eiffel Tower first when they arrive in Paris. But when planning my itinerary, I made it the last stop in my trip and I'm so glad I did. There were many other tourists but not so many as to take away from the experience. In the evening when the sun finally sets, the illuminated tower seems to attract more attention. My last night in Paris was one of the most enjoyable nights I had in Europe.