London At A Glance 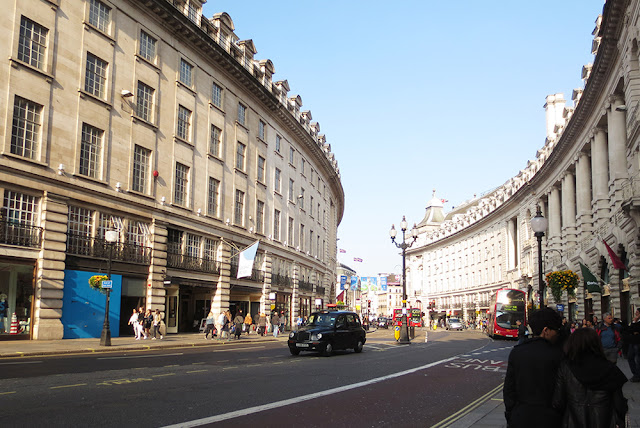 London was one of my non-negotiable places that I had to visit during my semester abroad and a few weeks ago, my roommate and I traveled a cool 40 minutes to get there. Out of all the cities I have visited thus far, London is possibly my favorite, tied with Amsterdam, of course! Pictured above is Regent Street, the high streets of all high street shopping areas! 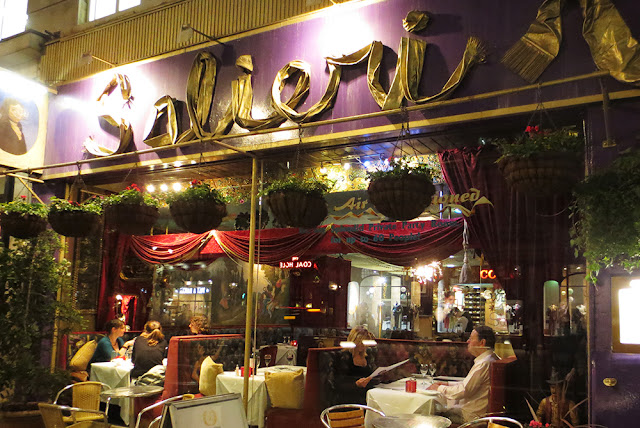 Let's backtrack a little and start from the first night.... I stayed in a hostel out of the city center to save a few British pounds (because the exchange rate made me cry a bit inside). My roommate and I bought oyster cards (their version of the metrocard) and headed to Embankment where we happened upon a cozy Italian restaurant. In an effort to be quite economical, I was not looking for fancy-schmancy dining experiences during this trip. If and when I visit the United Kingdom again, I will definitely make a more conscious choice of where to dine. 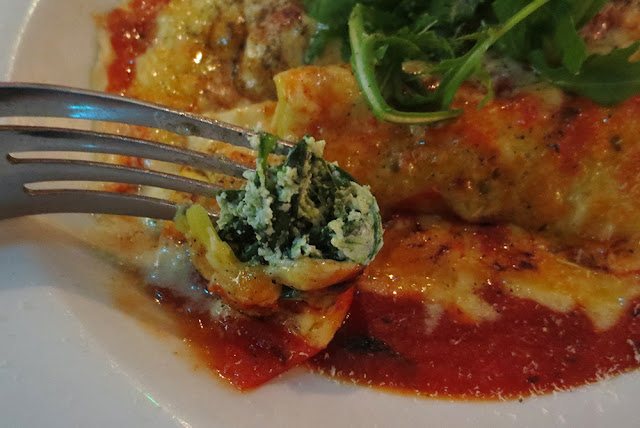 I opted for the vegetarian cannelloni which was just enough to fill me up for the night. Unlike many other European cities, London restaurants offer free tap water. I was extremely happy about this because I am honestly tired of paying more for water than it costs to have a beer (which I don't even drink). 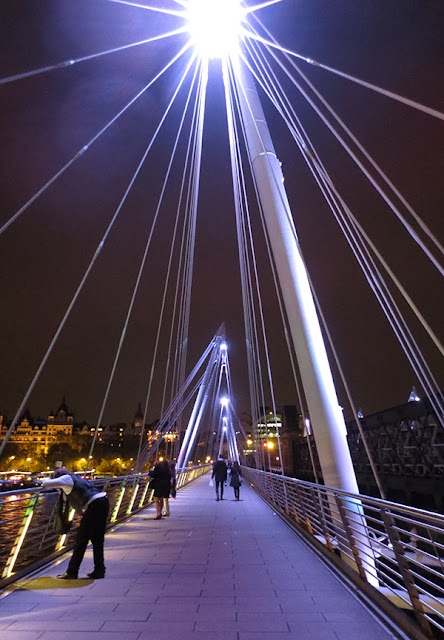 We digested our meal by walking along the Thames and taking in views of Big Ben from afar. We walked up to the London Eye which probably would have been more impressive if it was running. 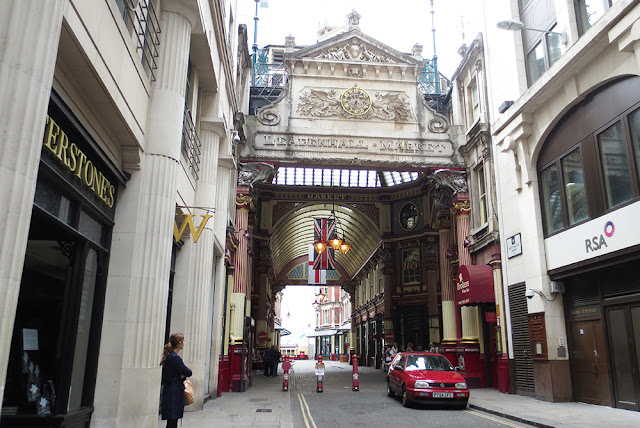 The next day was a Sunday and unfortunately many shops were closed or opened later than usual. We walked through a desserted Leadenhall Market which is where they filmed some scenes for Harry Potter, according to a tour guide that we happened to pass by. 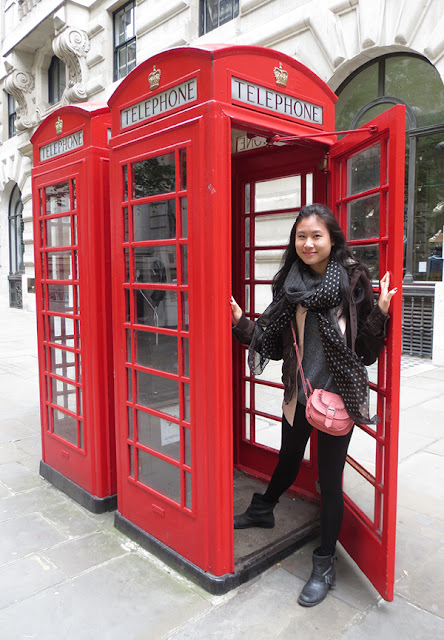 The iconic telephone booths were situated every few blocks and sometimes you just have to admit you're a tourist! 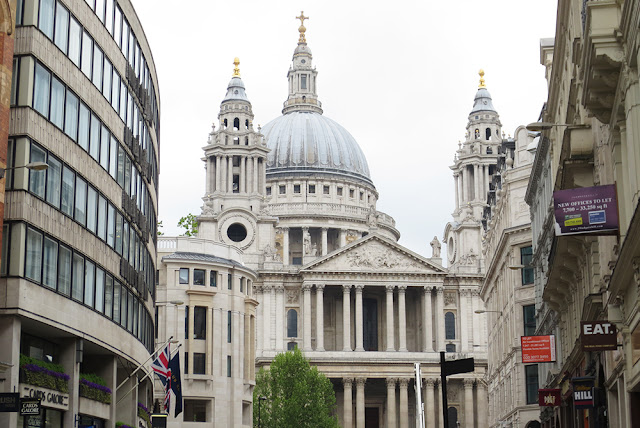 On our way to the Tower of London we passed by St. Pauls Cathedral which was located amongst many small shops and eateries. 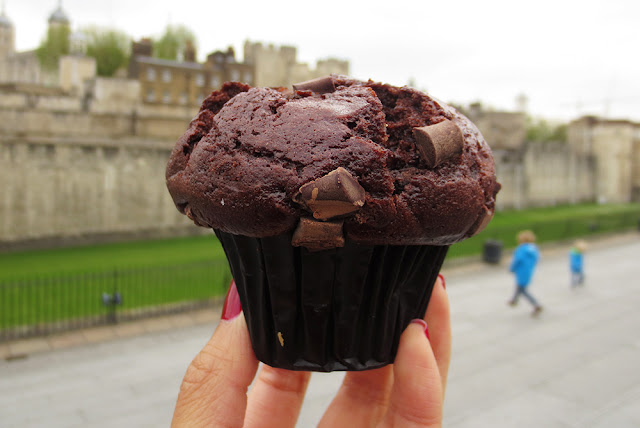 The Tower of London is at the edge of the city but there were lots of tourists milling about. The ticket prices were exorbitant so my roommate and I passed it up. I treated myself to a giant chocolate muffin from Eat. instead! 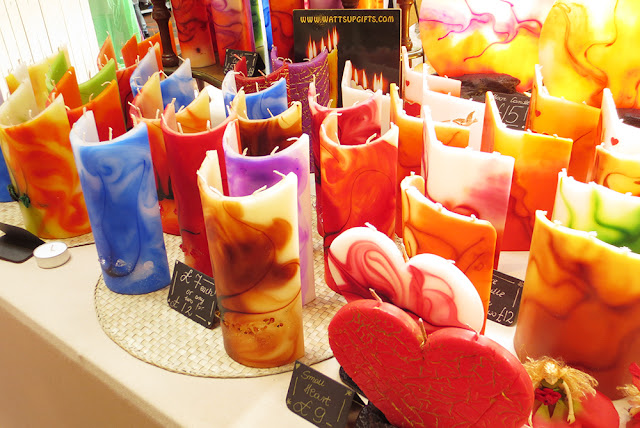 Then we were off to Camden Market which was hectic and extremely crowded but worth the trip. The market was a lot bigger than I expected and there were dozens of food stalls selling various ethnic foods and indie jewelry and decor designers as well. 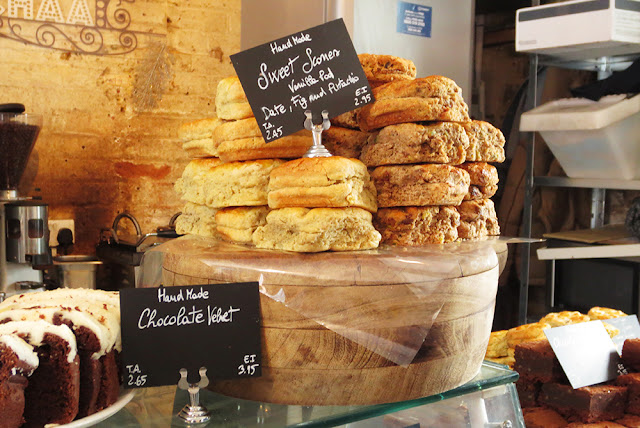 We stopped at an adorable tea shop in one of the upper floors of the market. How delicious do these scones look? The price was a bit steep and I was still stuffed from lunch so I passed on them. 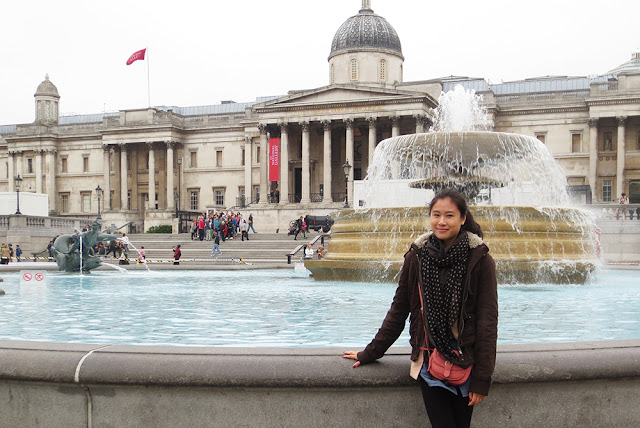 The next day we were determined to see more iconic sights in London and we started at Trafalgar Square and the National Gallery. 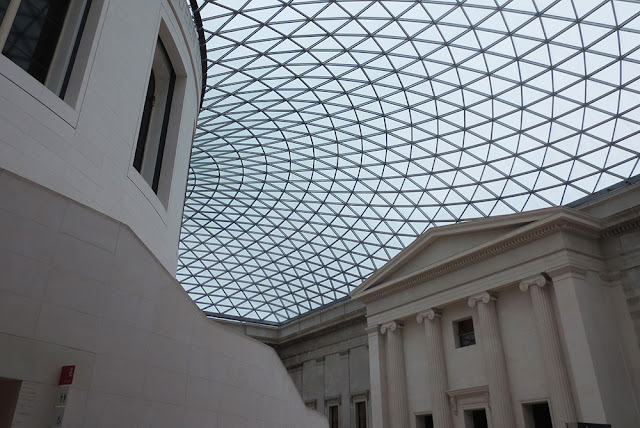 We made our way to the British Museum which has quite an impressive ceiling! I love that most of the British museums are free and getting in is a breeze. I definitely want to visit the Natural History and V&A museums next time. 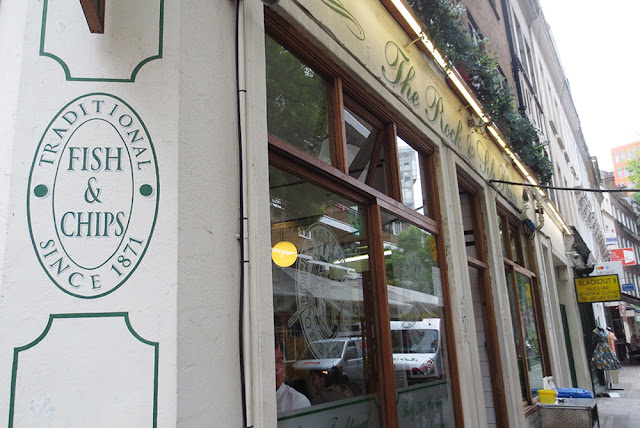 I had researched good fish and chip places before landing in London so I made my way to The Rock & Sole Plaice near Covent Garden. An interesting thing about London eateries is that there is almost always a to-go option which is a few pounds cheaper than sitting in to eat. 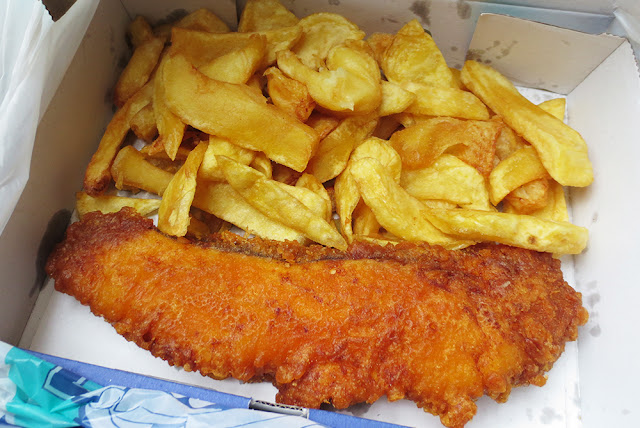 The fish was nice a crispy and not too oily while the chips were firm on the outside and a touch soft on the inside. Overall, it was a nice meal and very filling! 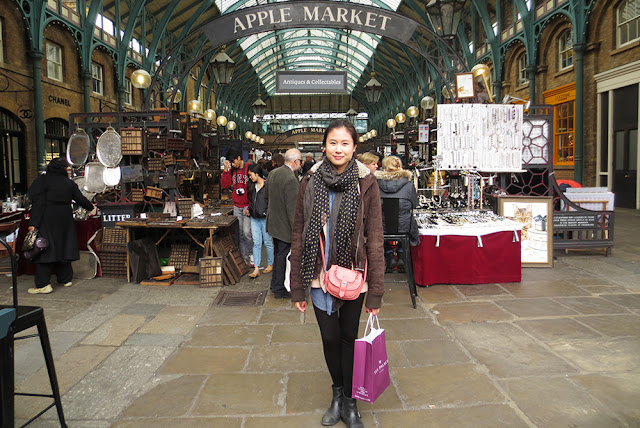 Covent Garden and the surrounding area were great to walk through while we digested our lunches. We mostly window shopped but I definitely made mental notes of shops to go into if I ever return! 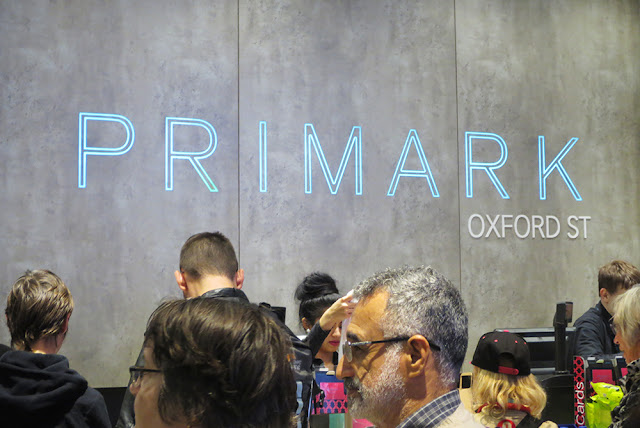 Then we headed to Oxford Street which reminded me a lot of Herald Square because of all the chain stores. I patted myself on the back for not purchasing anything... until I got to Miss Selfridge. I. Love. That. Place. I've heard of Miss Selfridge in passing since I watch a ton of British beauty Youtubers but I had no idea how whimsical and beautiful everything was. I decided on a set of rings which were only a few quid and that I could easily fit into my carryon luggage. Miss Selfridge actually has a US website and the prices are very reasonable so that will always be an option until I've saved up enough for a plane ticket.... 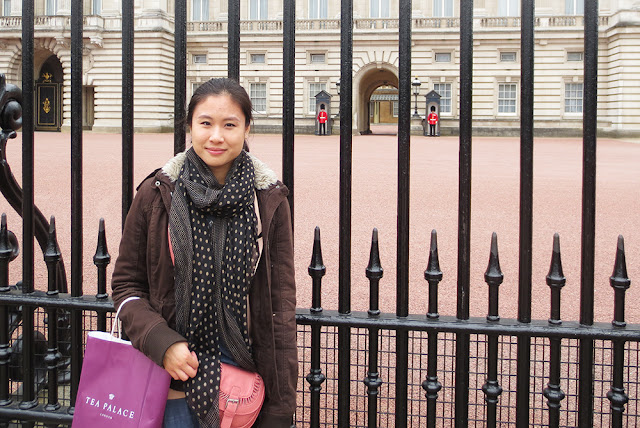 After hours of window shopping, we finally made it to Buckingham Palace! We stared at the guards for a good while and rested our sore feet at the fountain. Apparently the Queen was in that day as dictated by the number of guards standing at the gate! 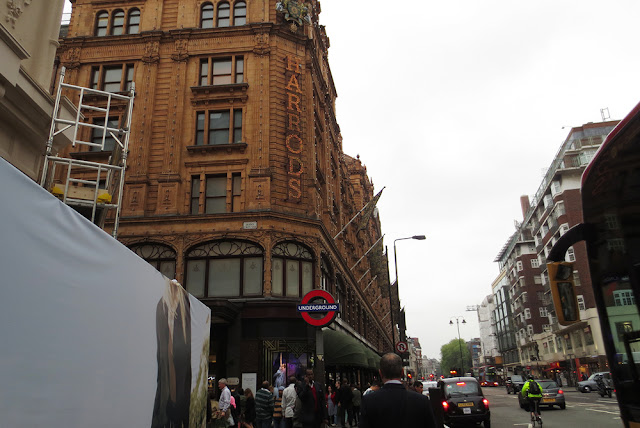 The last stop of the day was Harrods, not for the extravagant designer goods, but for the food hall. The department store is quite spectacular and it was still quite nice just wandering around despite feeling extremely poor. 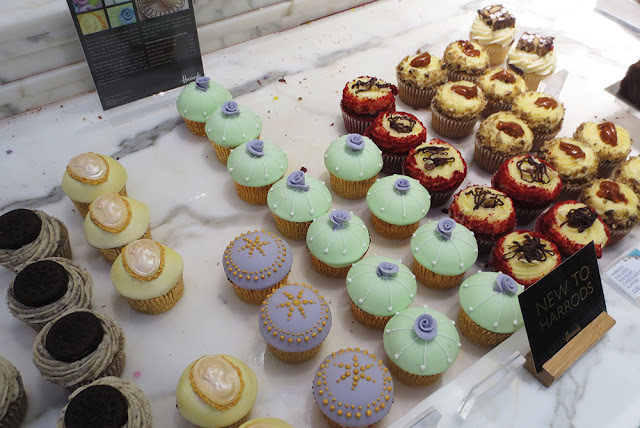 The food hall has a delightful assortment of sweet treats as well as take-out style food. We bought our dinners there, a chicken pie for me and a salad for the roommate. I also indulged in a chocolate scone and a savory cheese scone. We brought our fixings back to the hostel to devour and the results were delicious. I still dream about that cheesy scone.... 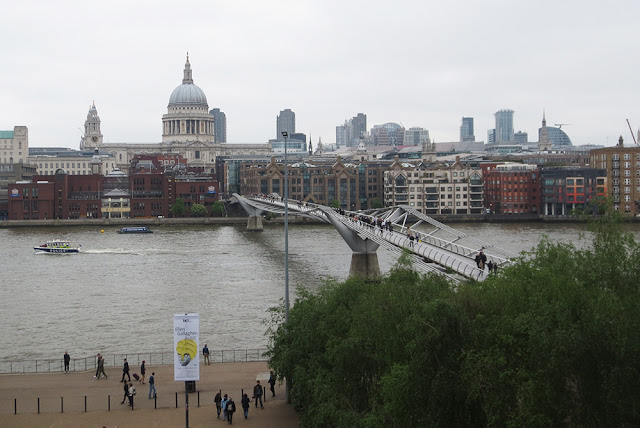 On our last afternoon we took advantage of the free Tate Modern, a modern art museum. Honestly, modern art is not my cup of tea but the view was nice and it was something to do to kill time. 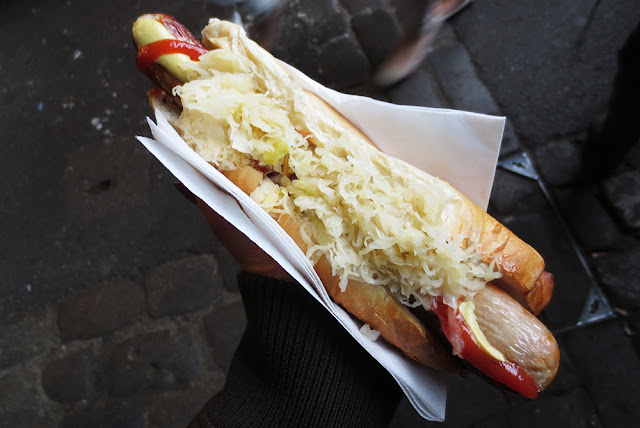 Before heading back from whence we came, we stopped by Borough Market for lunch. I had a delicious frankfurter with loads of sauerkraut, mustard and ketchup. I almost always eat my hotdogs plain as I prefer them that way, but I was feeling up for something different that day. 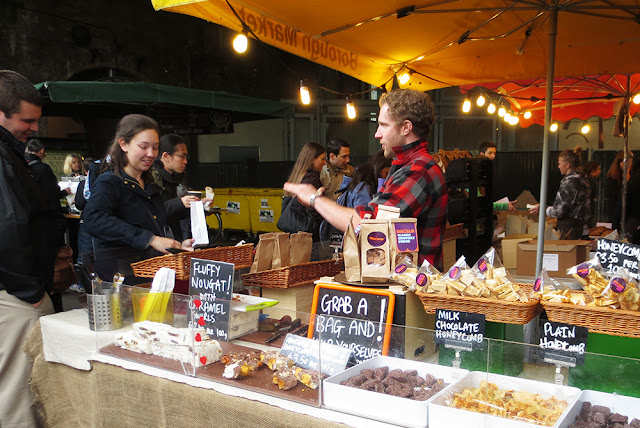 I also bought a lemon poppy seed cake for the plane ride. I would check the opening days for the markets ahead of time because most shops only open a few days of the week. When we were at Borough Market, only a fraction of the food stands were open for business. Nonetheless, there was a nice variety of ethnic foods to choose from.

London reminded me a lot of the Big Apple from the fast paced life to the underground tube. I would certainly go to London again because the city is large and three and a half days is not nearly enough time to see a fraction of it. I'll consider this trip as a sneak preview of next time's foray. Have you visited London? What do you think of it?
Labels: food travel