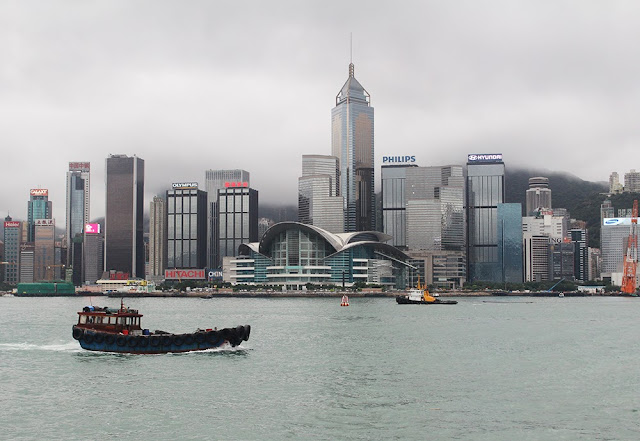 It's hard to believe that a month ago I was in Hong Kong living all of these moments that I am now trying to recall so that I can write this post. Having grown up watching TVB (a Hong Kong broadcasting channel), Hong Kong has always been one of the top places I've wanted to visit. The city exceeded my expectations from the food to the ease of getting around and I wish I had spent more than four days there. 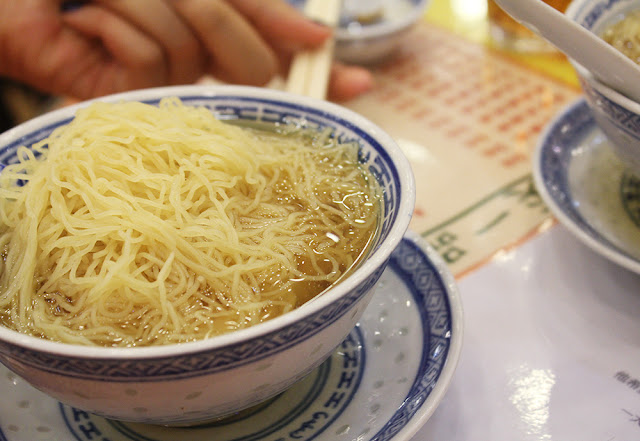 My first meal consisted of wonton mein (the wontons are hidden under the noodles) from Mak's Noodle. The portions were incredibly tiny and the small bowl was more like a snack than a meal. The noodles were very fine yet firm and were scrumptious compared to the bland Cathay Pacific airplane food. But the noodles had a distinct gan sui (lye water) flavor that I didn't particularly like. The noodles were good but nothing too memorable. But in general, Hong Kong had really good food and I'd probably have come home at least five pounds heavier if I had stayed for a month. 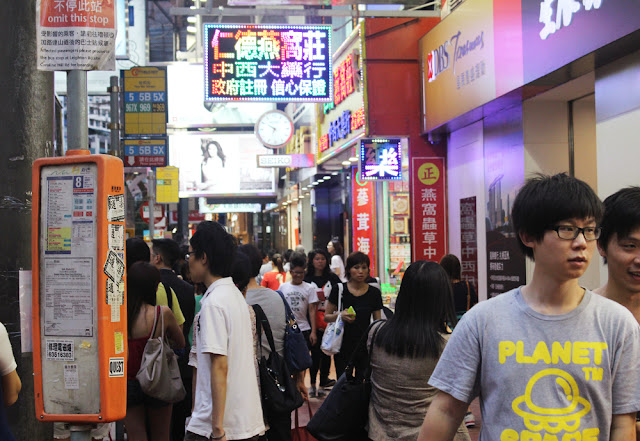 Dare I say that the crowds in Hong Kong are more chaotic than in New York City? I swear the city gets more lively after the sun sets. 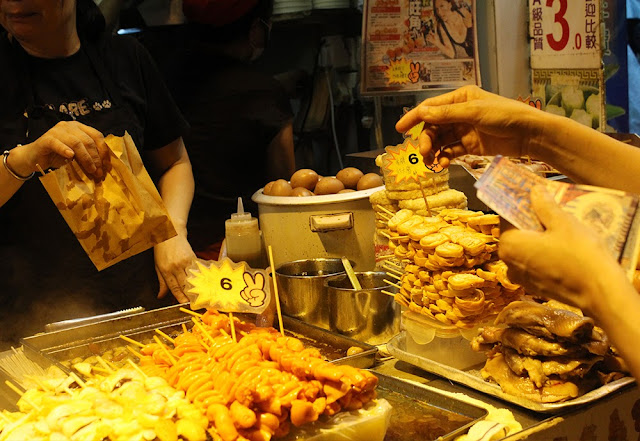 Food vendors selling curry fish balls to pig intestines are easy to find in the city center. I'm usually not a huge fan of Hong Kong gai daan jai (egg waffles) (Dutch poffertjes hold a special place in my heart) but my friend bought some in Mongkok and they were delicious! Hands down, the best Hong Kong style egg waffles I have ever eaten! 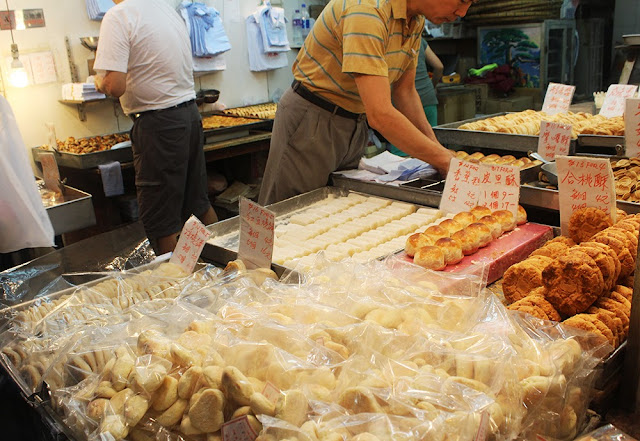 I love how certain areas are extremely high tech and modern while a few streets away you can find mom and pop shops that have a very rustic feel to them. A lot of people were crowding around this bakery so I bought a few things for the next morning's breakfast. 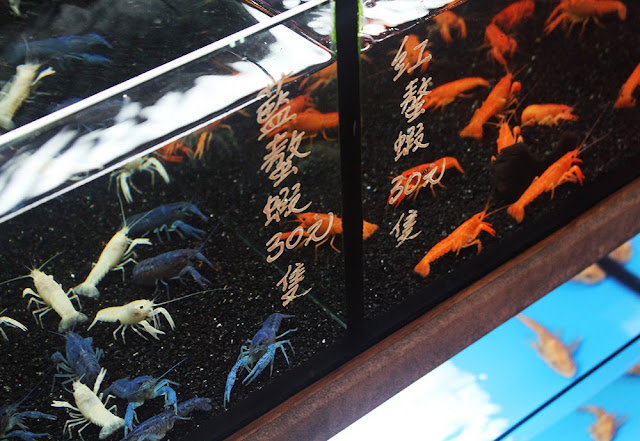 We wandered around somewhat aimlessly in the Mongkok area and found a street lined with pet stores. Every other store had puppies and kittens in the window displays and there were quite a few interesting pet fish shops as well. I'm not one to endorse buying dogs and cats (adoption's the way to go!) but it was an unexpected surprise. 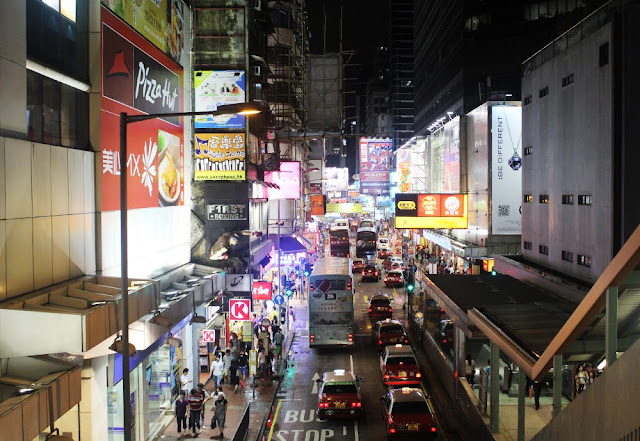 The city is bustling with energy late in the evening. I could definitely see myself living in Hong Kong for a bit just to envelope myself in a different city and culture. 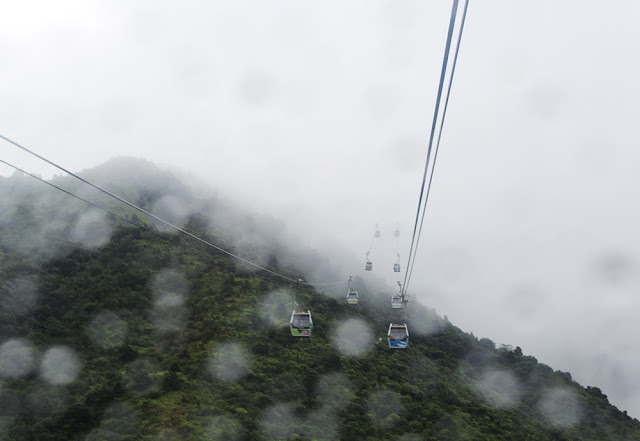 As much as I loved the city life, Hong Kong has some interesting cultural attractions as well. My family and I took the metro to Lantau Island where we took a cable car up to the Po Lin Monastery. The weather was dreary on every single day that we were in Hong Kong but at least there weren't any typhoons. The wind and rain made the cable car ride a little more interesting to say the least. 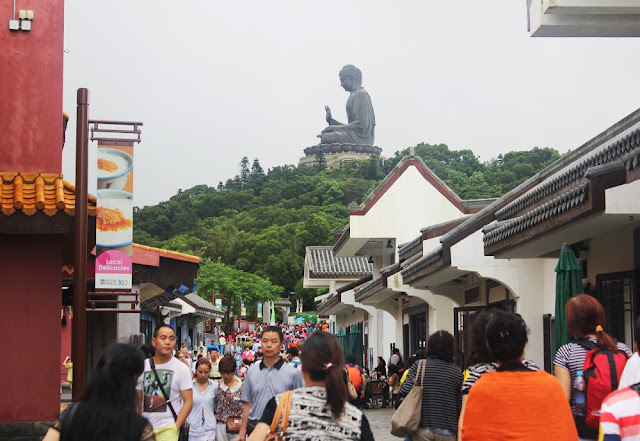 I've seen the Big Buddha many times in TVB dramas and made it a priority of things I had to see in real life. This is the largest bronze Buddha statue in the world and it's worth seeing even if you're not religious. The road from the cable car drop off to the Buddha is lined with cute souvenir shops and other touristy attractions. 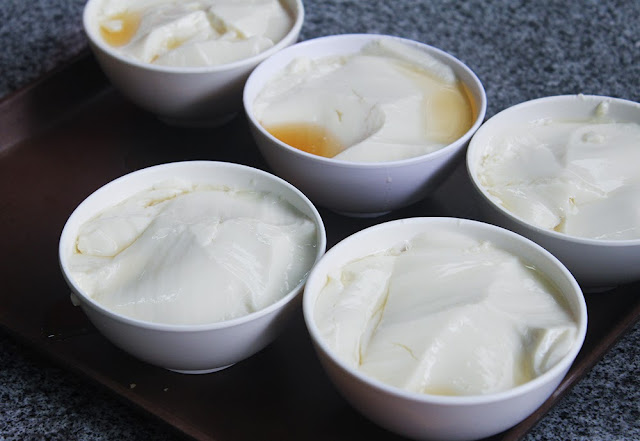 At the monastery you can make a donation to enter the Buddha which also entitles you to a vegetarian lunch. I'm not a big fan of Buddhist vegetarian food but the dou fu fa (tofu pudding) was nice and smooth. 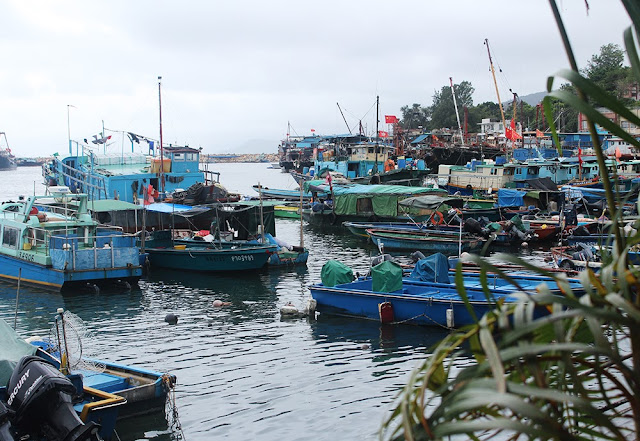 On our last full day we took a ferry to Cheung Chau, an island with fresh seafood, temples and beaches. 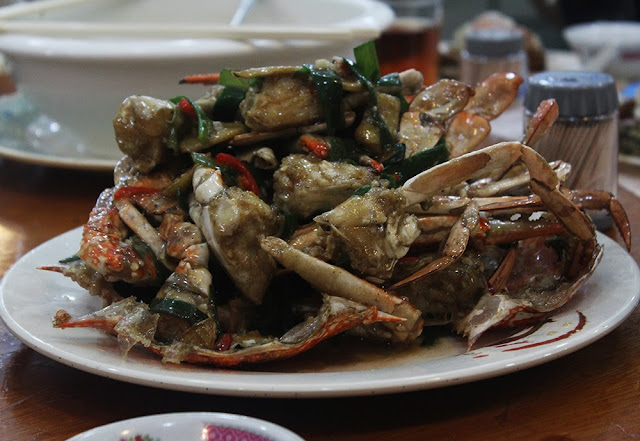 We ate a restaurant where you buy the live seafood at the market across the street and bring it back for the chef to cook. We had our fair share of everything from shrimp to fish to crab. After a while I gave up on taking pictures of every dish because I was too busy eating and enjoying my meal (what a bad blogger!). 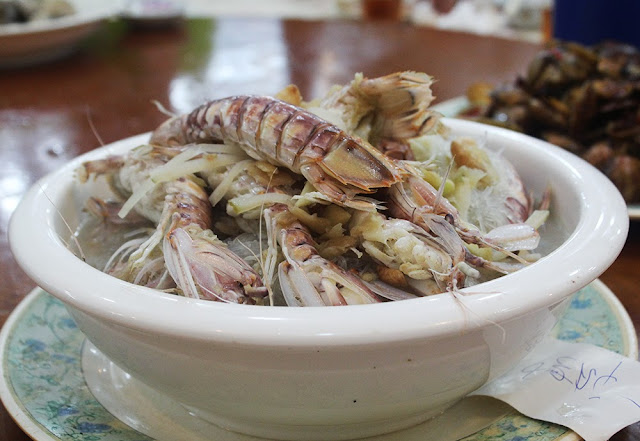 This was definitely one of my favorite meals of the entire trip because I love seafood! One of the more interesting things we ate was lai liew ha (literally: peeing shrimp) which is apparently called mantis shrimp to Westerners. The exotic, alien-looking critters were a pain to open because the shells were hard and jagged at the tips but weren't as flavorful as I was expecting. I think I would have preferred if these were fried with some kind of crunchy topping.

We had many more meals that were delicious but I don't want to make you guys drool too much at your computer table. I admit I neglected to take photographs of some of the best dishes we ate simply because I was tired of holding my camera throughout dinner. I also felt bad for making others wait to eat so I could get photos of pristine plates of untouched food. So there are my sad excuses for the lack of photos for you foodies. 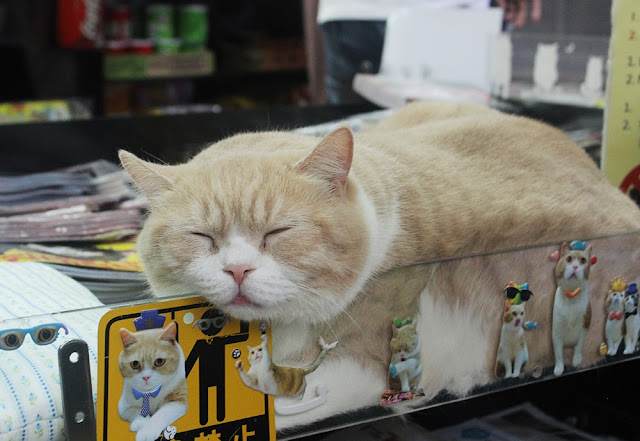 To make up for the lack of food related photos, I hope you guys are cat lovers like me because I want to introduce you to Cream Goh (Brother Cream). This adorable kitty is a permanent resident of a magazine stand and hangs out so that tourists and locals alike can take photos of him. While I'm not sure Cream enjoys languishing about the book stand with cameras and phones shoved in his face all day, he's a cute guy. Cream is apparently really famous in Hong Kong and he graces the postcards and posters that his owner, the magazine shop keeper, has for sale. 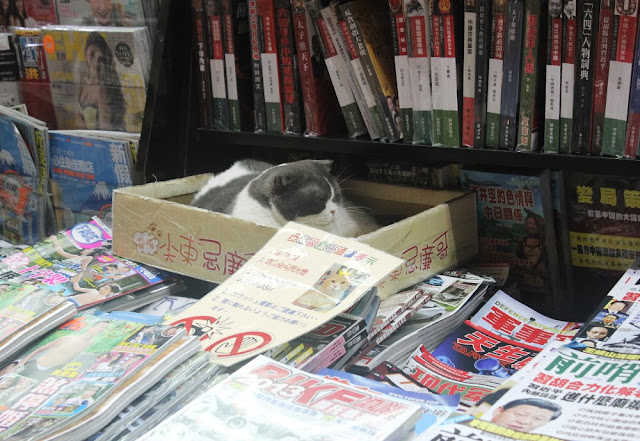 Cream's girlfriend cat also resides at the magazine stand although I don't think she's as popular as her male counterpart. You can find the two cats in the Tsim Sha Tsui area.

Looking back at the photos I took in Hong Kong makes me wish I was back there. There's so much to see there and I barely scratched the surface of the amazing food, shopping and sightseeing opportunities. I would highly recommend Hong Kong as travel destination and I can't wait to have the opportunity to visit again!

This wraps up my Asia Travels 2013 series and it's bittersweet when I realize that this is the last overseas trip for this year. I wonder where my next travels will take me next!
Labels: food travel