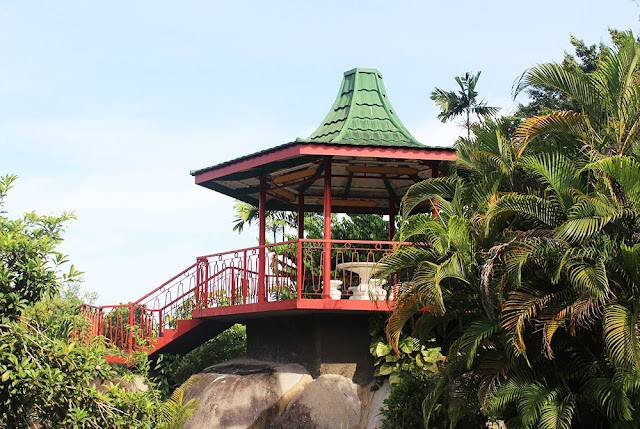 Continuing with my Malaysian travels, I headed to Penang for the first time. The large island is a famous destination for tourists, local and those from afar. 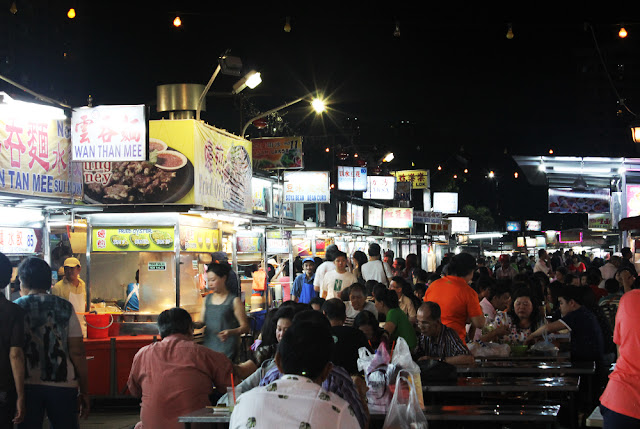 Everyone raves about Penang food but unfortunately my family and I didn't have much luck with finding amazingly delicious eats. A friend of a friend brought us to Gurney Drive which turned out to be a popular tourist destination. Street hawkers line the area and you can find a variety of common Malaysian dishes. 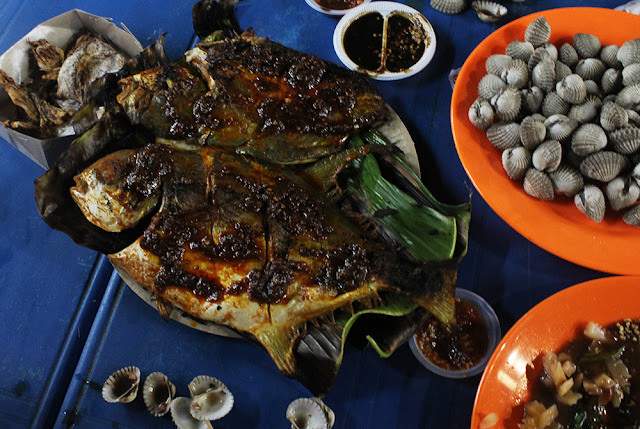 The food was just average in my opinion, not bad but not anything to write home about either. Apparently the random mom and pop eateries that can be found in the Georgetown area are better. 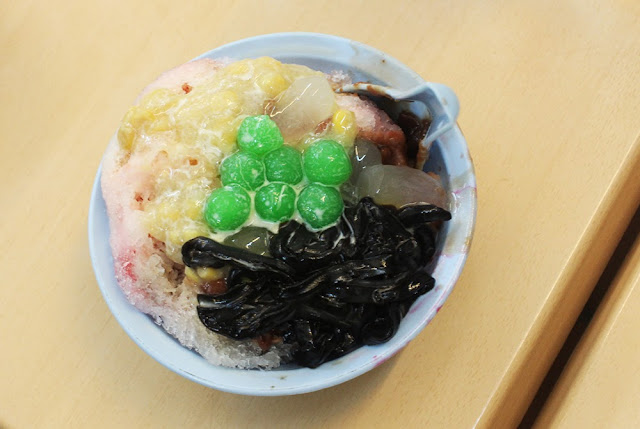 We tried ice kachang, Malaysian shaved ice, at a really famous place somewhere in Georgetown and it was the worst ice kachang I have ever had in my life. I couldn't even finish a third of it because it tasted downright weird. It didn't look nice at all either. Penang food was pretty fail for me. 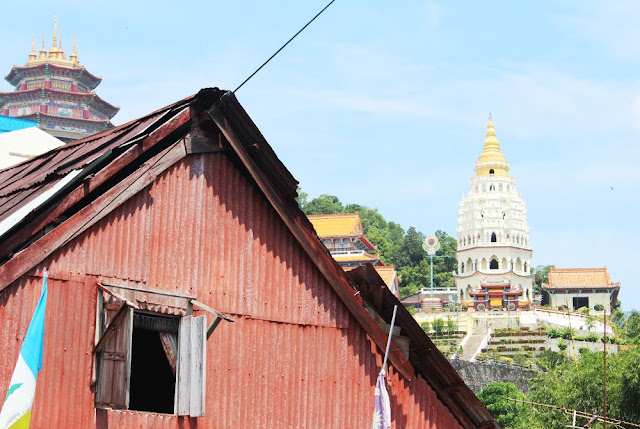 Penang is home to the Kek Lok Si Temple, the largest Buddhist temple in Southeast Asia. You have to walk through some dark passageways to get to the temple which can look a bit shady but actually do a good job at keeping you out of the strong sun. 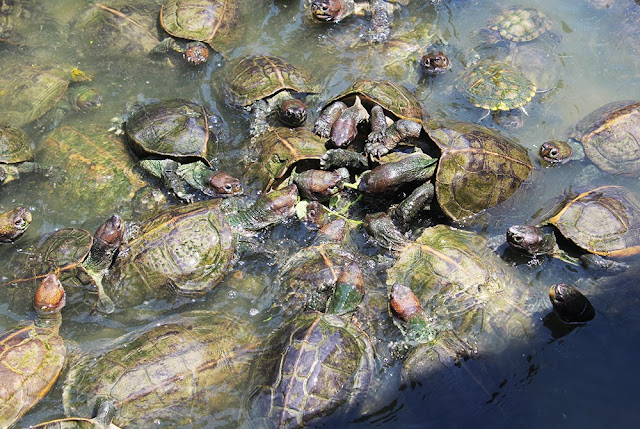 Near the top there is a small man made pond filled with turtles and a man sells veggies that you can feed the critters. 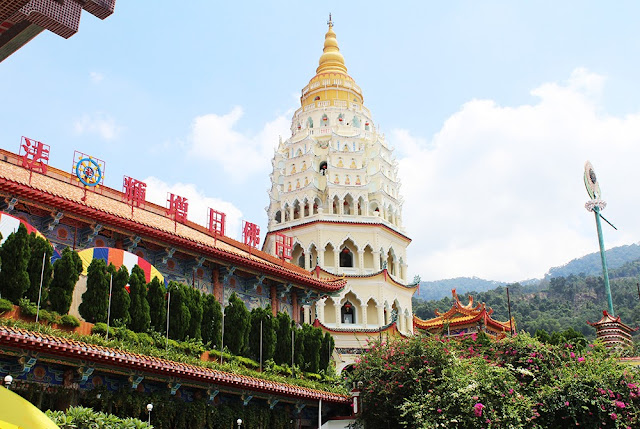 The most of impressive part of Kek Lok Si is the huge Guan Yin statue (not pictured). The temple is well kept up and quite nice to walk through. 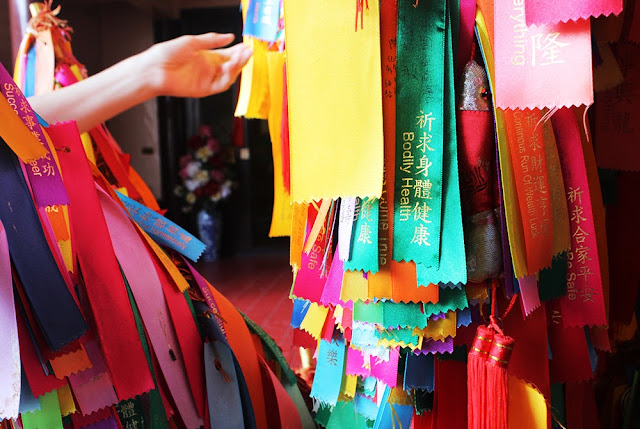 I really liked the colorful ribbons that people use to wish for various good things. 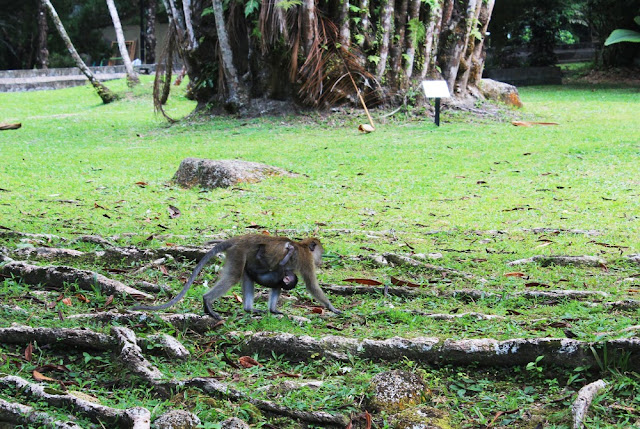 We took a walk through a very nice park but unfortunately I have no idea what the name was. There were lots of monkeys everywhere and many newborn babies clinging to their mothers! 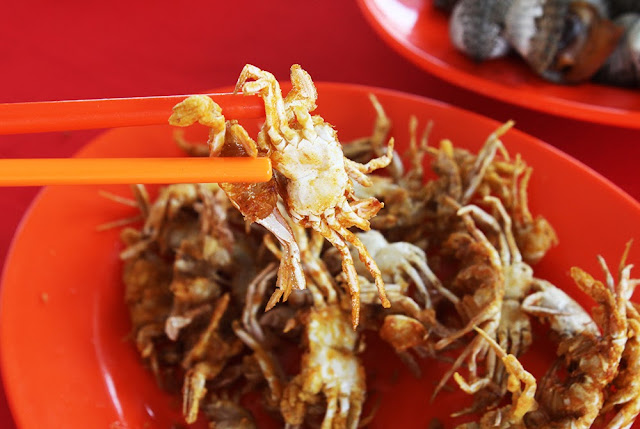 Next we drove back to Kuala Lumpur to repack our bags for the next week of trips. My uncle's house in Kuala Lumpur served as a home base of sorts so left a majority of our things there so we wouldn't have to tow around huge suitcases everywhere. On the way back to KL from Penang we stopped to eat fresh caught seafood, yum! 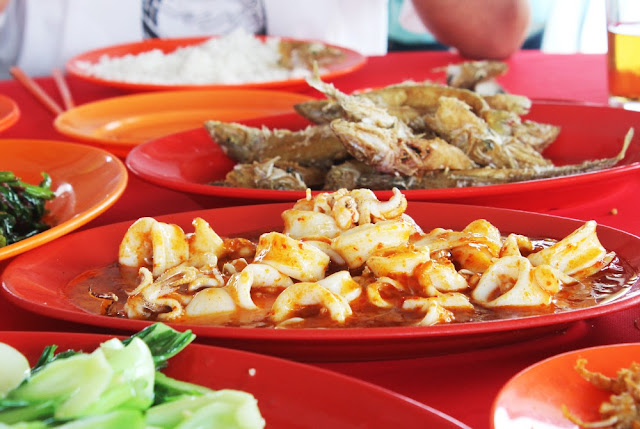 I really love seafood and Malaysia offers many fresh seafood dishes. Pictured above is some spicy sotong (squid) and small deep fried fish. After a day back in KL, I was off again! I was in Kuantan, my Mom's hometown, for a few days seeing family and loading up on dried quid and keropok (prawn crackers). I didn't take many photos in Kuantan because I was simply chilling with family and the blog slipped my mind for a few days.... 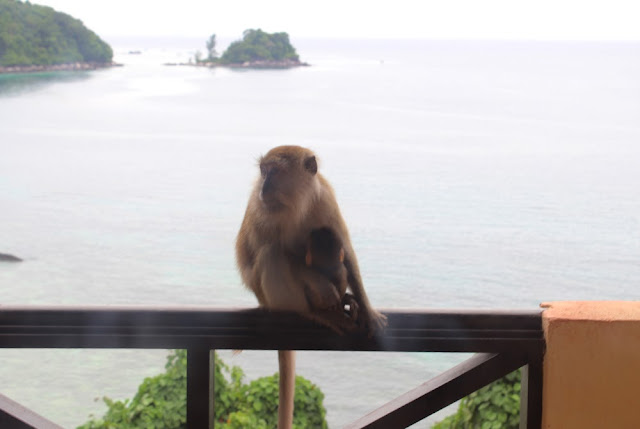 But our next destination was definitely picture worthy! Everytime we go to Malaysia we make a stop at Pulau Tioman (pulau means island) because my uncle and his family live there and my parents used to work there as well. The island is developed enough so that it's not difficult to find food or anything else you might need but not too populated where its suffocating. In the last few years, monkeys have taken to appearing near the resorts because people have been feeding them. This baby monkey and its mama were sitting outside my room's balcony for at least 15 minutes! 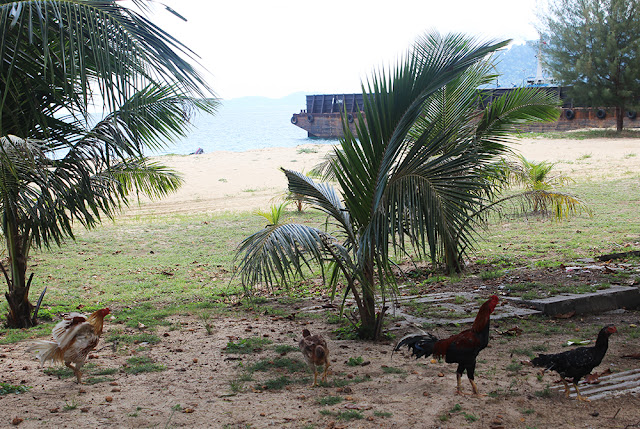 No big deal, just some chickens running about and minding their own business.... 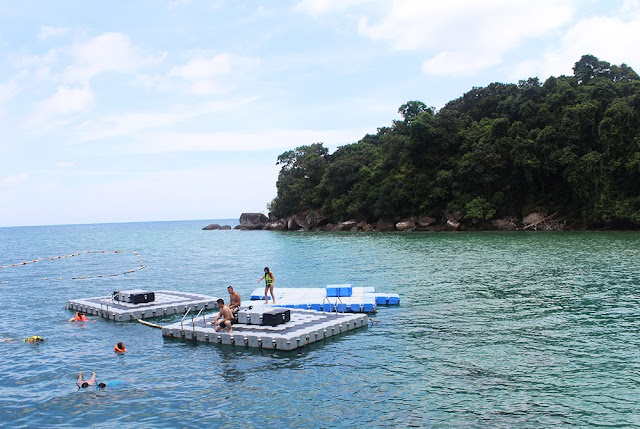 Years ago when I was eight, my dad and I went snorkeling at Marine Park which is not really much of a park at all. It's more of a jetty area with a few floaty pads but there are many beautiful fish to see. I'm not a fan of snorkeling because I don't like open water and the last time I went snorkeling six years ago in Pulau Redang, I got stung by jelly fish. 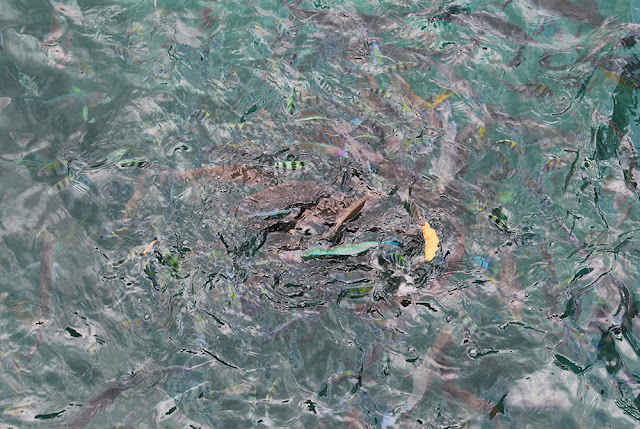 Instead I prefer to stand on the jetty and feed the fish bread. There are so many fish of all kinds of shapes and sizes. They move super fast as well and I swear they know where the bread will land before it hits the water! 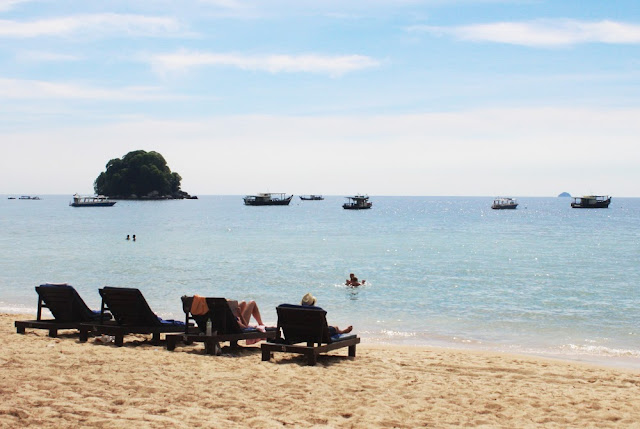 Tioman is one of the most relaxing places in Malaysia and a destination I would highly recommend, much more so than the city areas. The sea water is warm and the people are friendly, what more could you ask for?

Stay tuned for the last installment of my Malaysia travels which will include Singapore and finally a fourth post about Hong Kong!
Labels: food travel