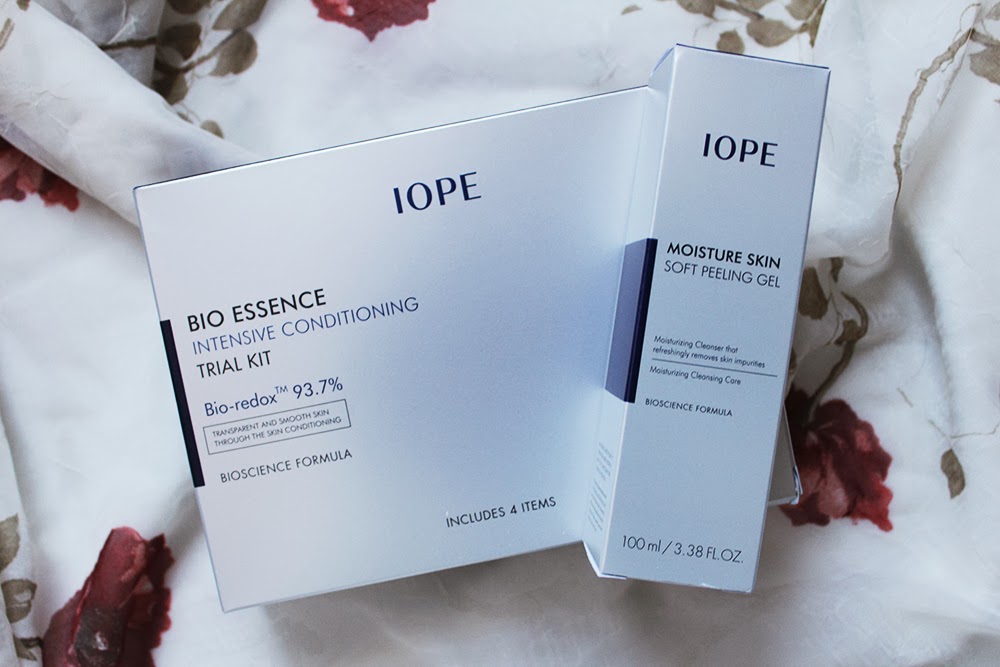 Back in October I had declared a year long makeup buying ban but I put in a clause that I could be excused if I travel abroad. Well, clearly I couldn't resist hauling back a bunch of goodies from South Korea because Korean beauty brands are kind of a big deal. Honestly, I thought I was going to come home with way more stuff and I'm actually slightly proud of myself. Slightly. 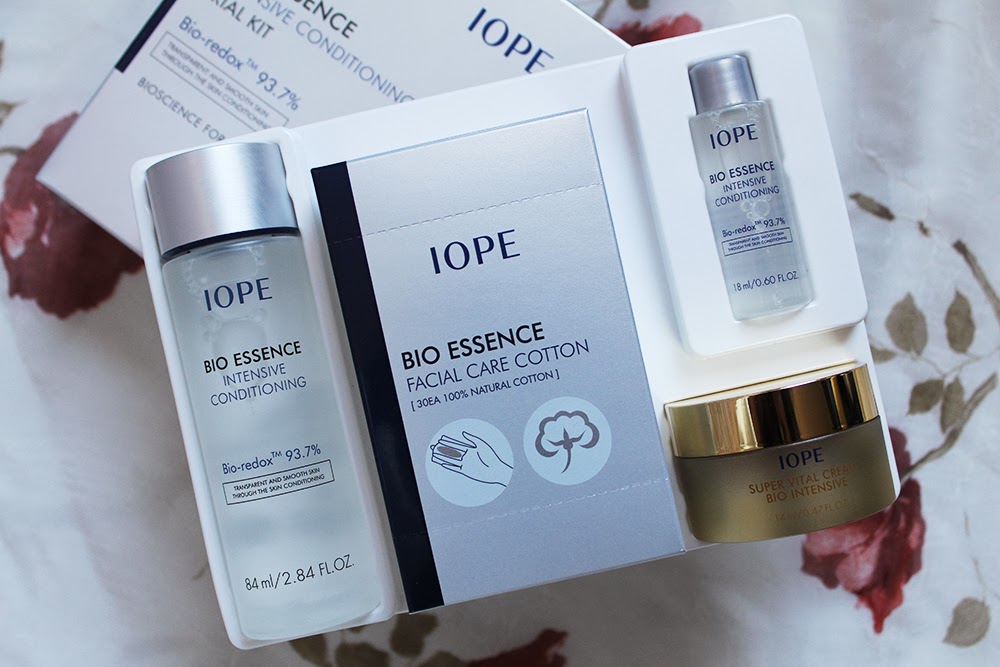 I had a detailed list of things I had to get or things that I wanted to swatch and try out before buying. One thing I was very keen on getting was the IOPE Bio Essence, a dupe for the famous SKII Treatment Essence. I ended up getting the IOPE Bio Essence Intensive Conditioning Trial Kit for ₩30,000 because it contains half the full size which retails for ₩60,000 as well as three extras. I also picked up a tube of the IOPE Moisture Skin Soft Peeling Gel which was ₩28,000. 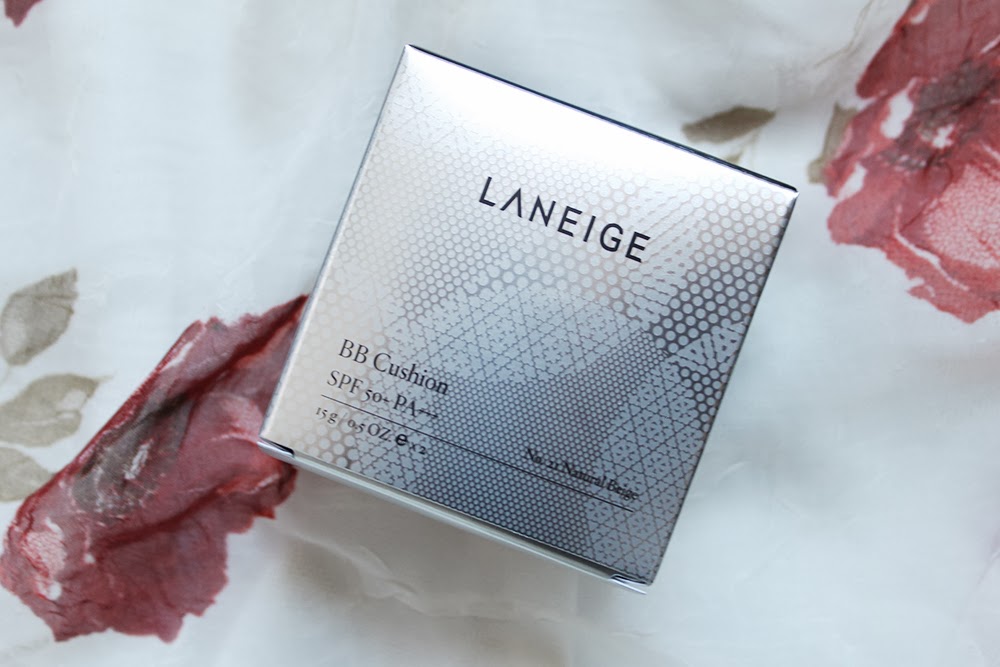 I was debating if I should pick up some Laneige products while in Korea but decided against it. But just as luck would have it, my boss gave me the Laneige BB Cushion I was eyeing on my first day back from vacation! I used this product yesterday and absolutely love it so far. I bought the Etude House BB Cushion which I will show in the second part of my haul so I will compare them in the future. 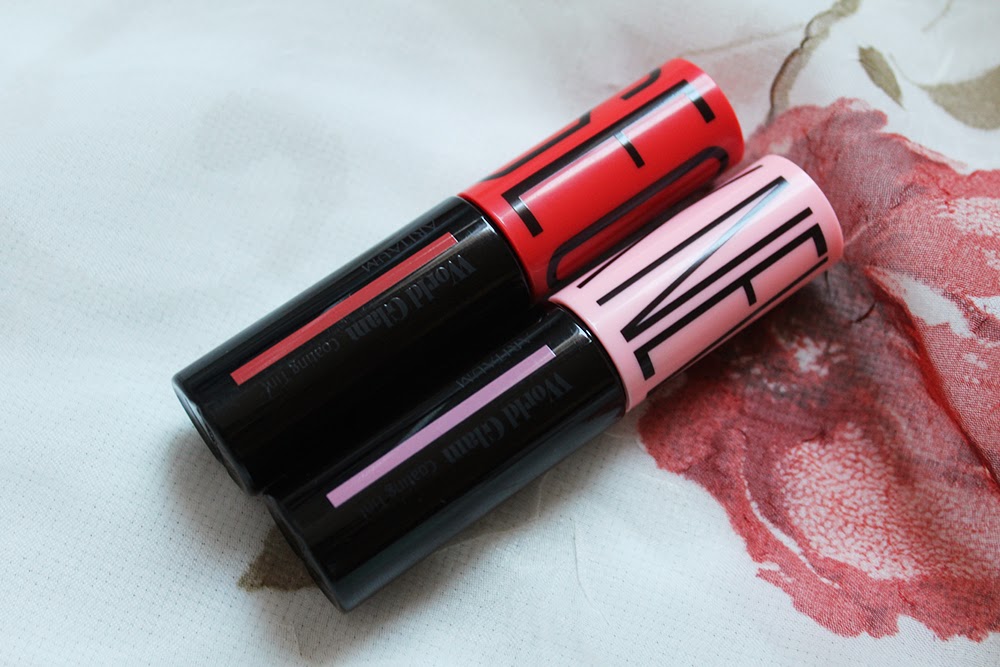 Next up are the Aritaum World Glam Coating Tints in New York and Seoul. I heard SunnyDaHye on Youtube rave about these so I wanted to try them out too. Lipgloss tints are everywhere in Korea and I absolutely love them. These tints retail for ₩9,000 but they were having a 1+1 offer so I got both for under $9! I chose these colors purely for the names but honestly I wish New York were not so light of a pink because it looks quite like nothing on the lips. Reviews and swatches for these will be up in the next few weeks! 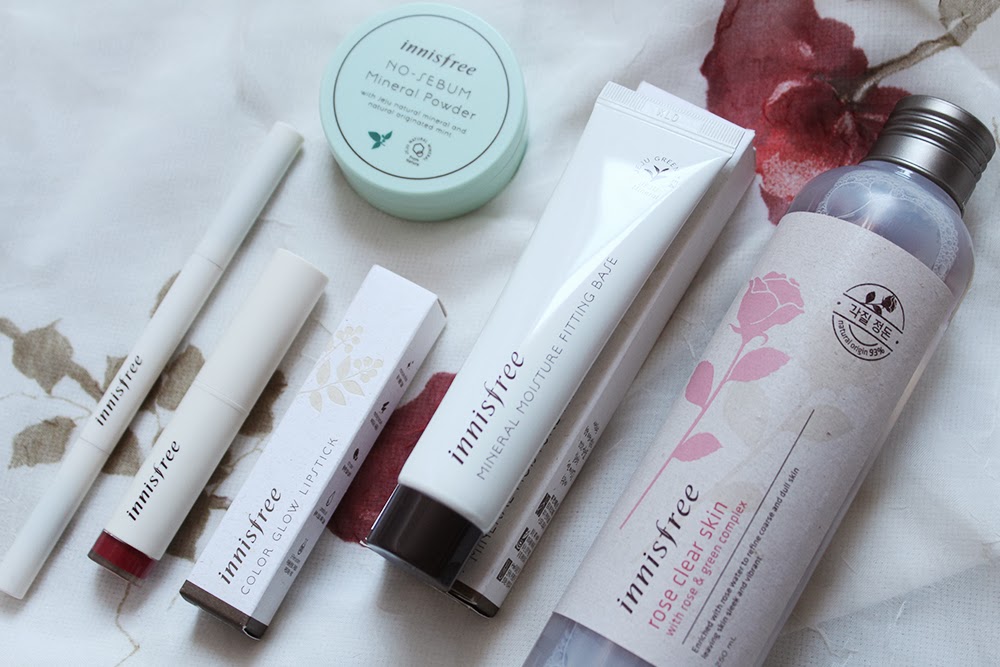 Innisfree is one of my favorite Korean brands because I love their simple, mature aesthetic and wide range of skincare and makeup. I bought the Innisfree Rose Clear Skin Toner (₩12,000) because I was running out of toner and I love anything rose scented. I also am almost out of face primer so I settled on the Innisfree Mineral Moisture Fitting Base (₩10,000) because it is not silicone based. My friend loves the Innisfree No-Sebum Mineral Powder (₩6,000) so I picked it up as well because it is the perfect size for traveling. I like Asian styled slanted eyebrow pencils so I grabbed an Innisfree Eyebrow Pencil (~₩4,000) also. Lasting I bought the Innisfree Color Glow Lipstick in 05 (₩10,000). I wanted to grab more Innisfree lip products but held myself back because I bought a lot of lip colors during this trip and already have so many in my collection to use up. 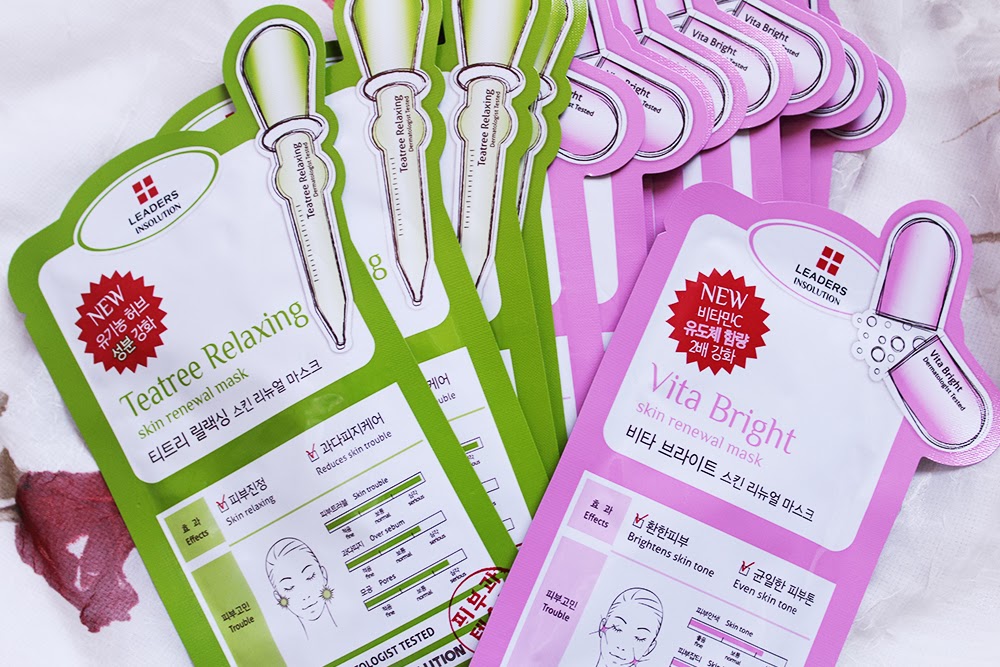 I was very happy to see the Leaders Insolution Sheet Masks being sold in Watsons pharmacies in Korea. I love going to Watsons in Malaysia, Singapore and Hong Kong and Korean Watsons do not disappoint. You know you have an addiction to beauty products when you get excited over a drugstore.... I got the Teatree Relaxing and Vita Bright variations. The boxes of 10 were on promotion for ₩10,000 instead of ₩20,000. Saaammage on Youtube always raves about these so I had to pick some up. I split half the box of the Teatree with a friend so we got five each and I went back another day to get another box of the Vita Bright since it's impossible to find these at home and the deal was too good to resist! The quality of these mask sheets are really good and for less than $1 each, they were a bargain.

Check out the video below to see the products a bit better and for some swatches!

Stay tuned for the next part of my haul which will include Etude House, Holika Holika, Skin Food, Tony Moly, The Saem and all the samples I received! That sounds like a lot of stuff but I assure you, it's probably not as much as you think!
Labels: Aritaum haul Innisfree IOPE Laneige Leaders Insolution skincare