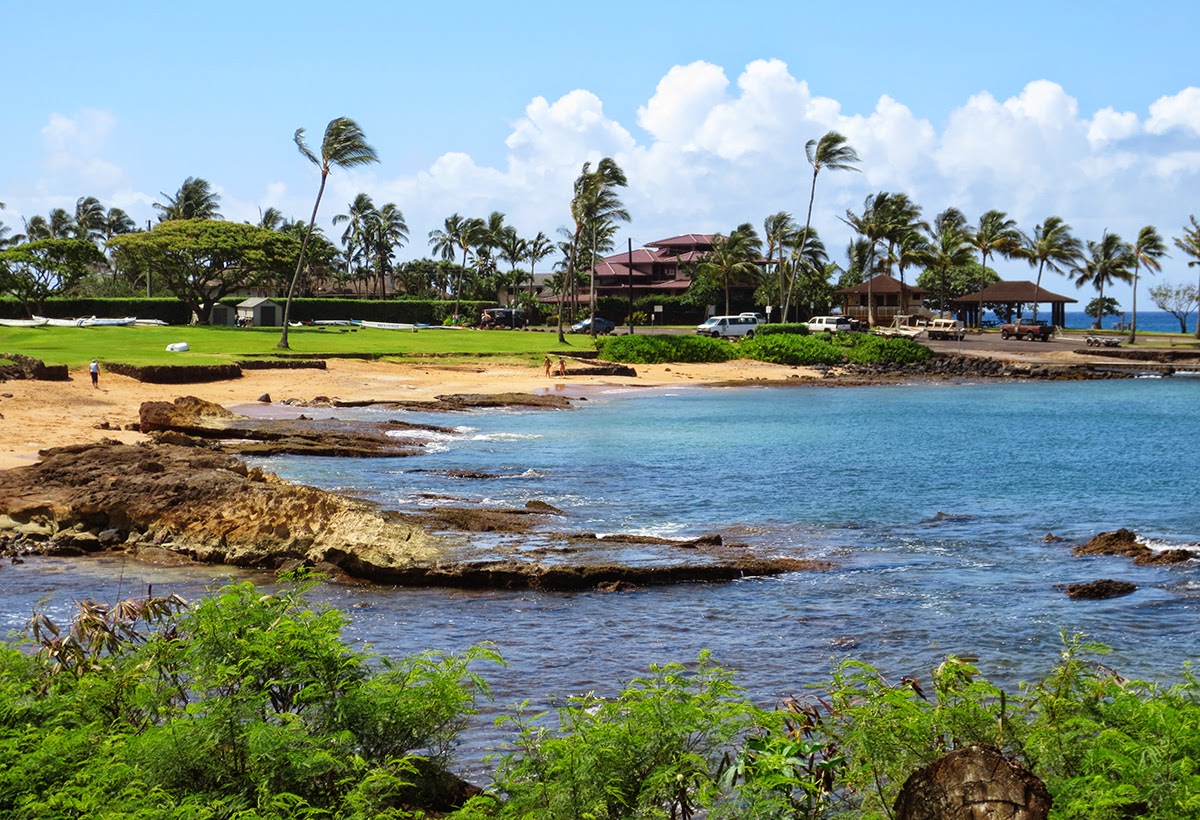 Aloha! I've had a full day back at home and I'm still recovering from all the sun and glorious food I sampled in Hawaii. Life could be worse. Joking aside, I hope you guys are ready for a recap of my trip to two of the Hawaiian islands, Kauai and Oahu. I don't want to overload you guys with photos and details so I'll be doing two parts on each of the islands.

Hawaii has been a bucket list vacation for my boyfriend and I since graduating high school when he took a four day jaunt to Oahu with his brother. He said we had to go together one day and after years of not having time, money or a combination of the two and being too young to rent a car, I finally put an end to the waiting and just booked the tickets. 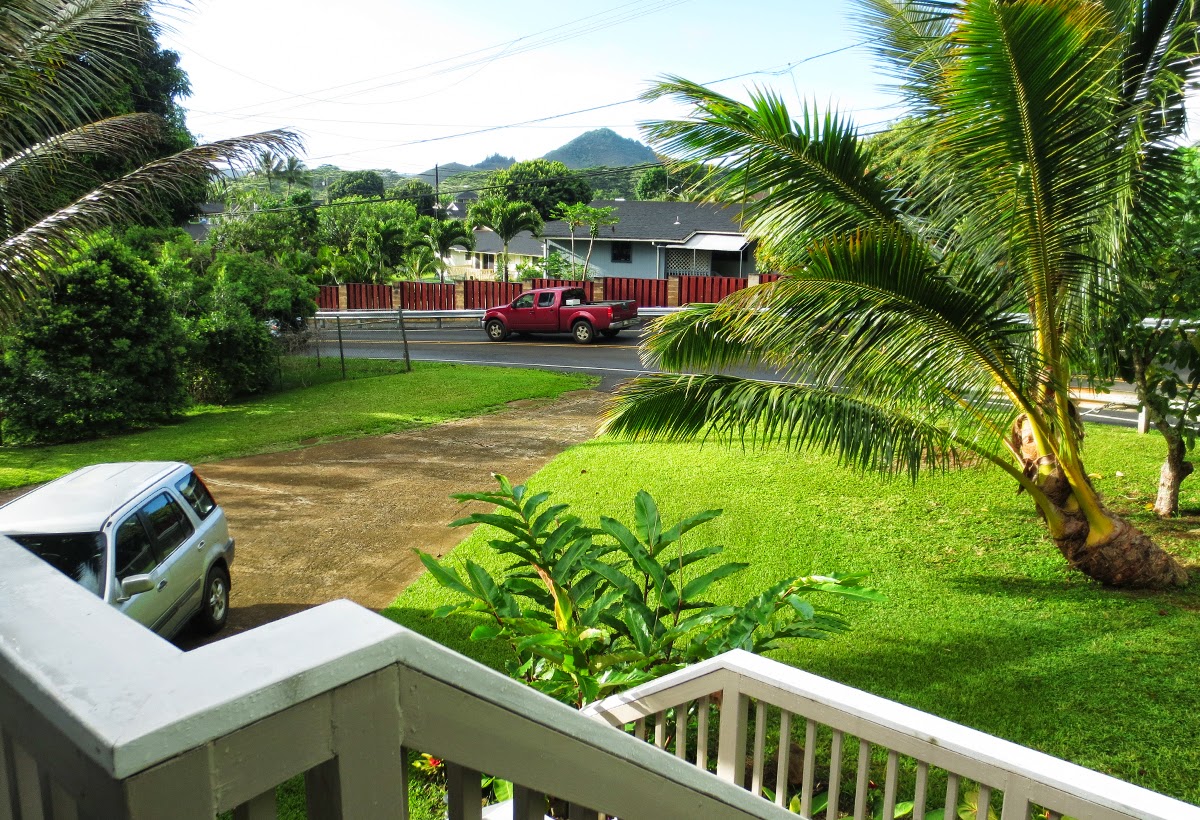 We chose to go to Kauai for the first three days of our ten day trip because it is known to be the "Garden Isle" and we wanted to see how us city kids could handle the wild. The greenery of Kauai did not disappoint and I wish we had allotted more time to spend on the island. To save money, we tried Airbnb for the first time and hoped for the best. Our host was Michelle and we absolutely loved staying in her home on the East side of the island. We would definitely consider using Airbnb again for future travels. 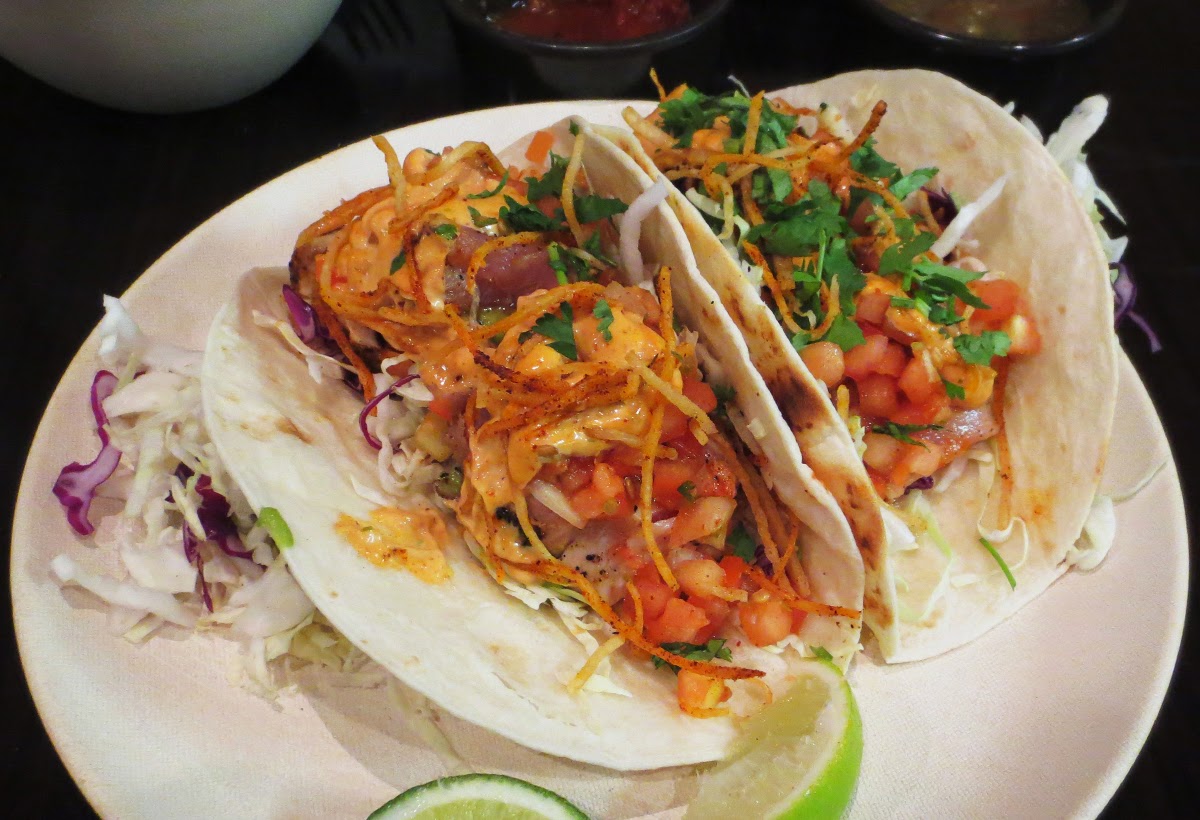 After a 10 hour flight from New York to Honolulu International Airport, a few hours wait and a 30 minute connecting flight to Lihue Airport in Kauai, we were absolutely starved. I scoured Yelp before we left to get an idea of what to eat and Verde, a small Mexican inspired restaurant, had very positive reviews and a convenient location. In short, if you go to Kauai, you have to eat at least one meal at Verde. If you take away one thing from this post, it's to get the ahi tacos from Verde. 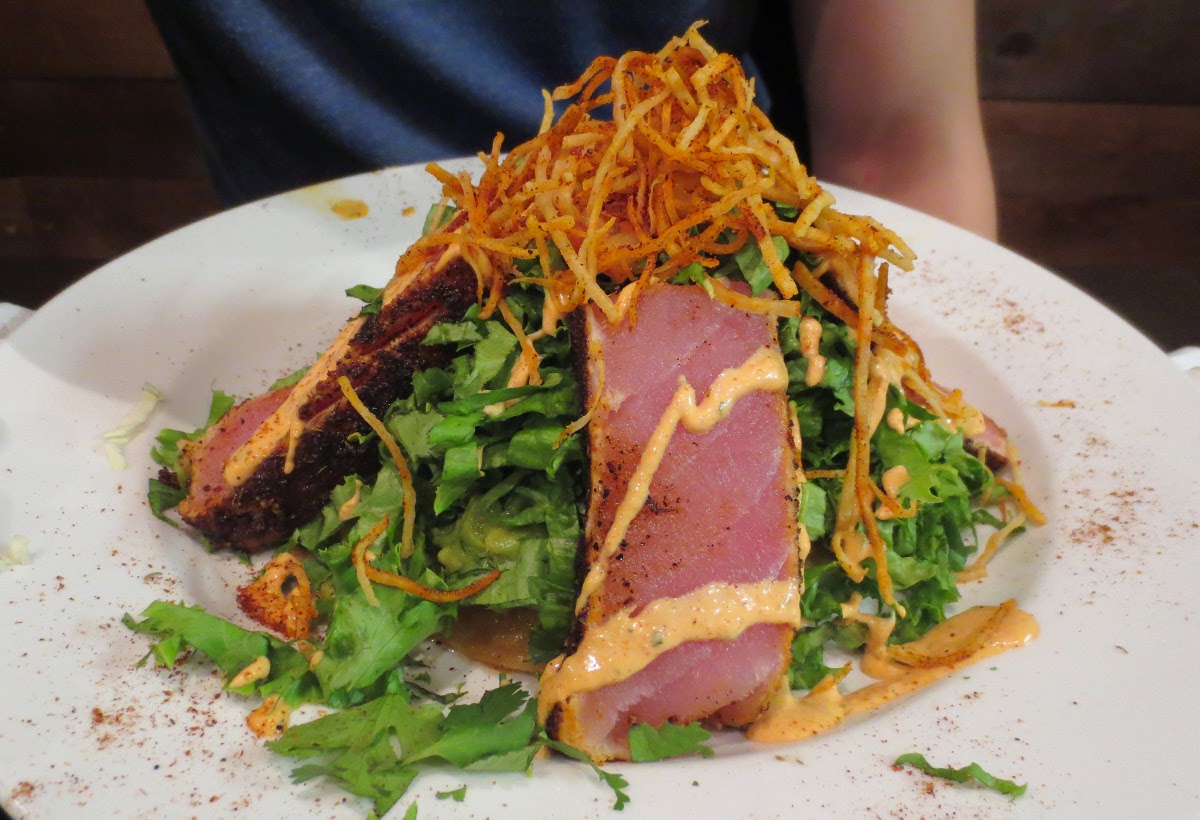 Dennis got the ahi tostada which was equally delicious. The servers are friendly, the food is reasonably priced and the eatery is one of the more modern looking ones that we saw on the island. This place could easily be located in Williamsburg and I wish it were. 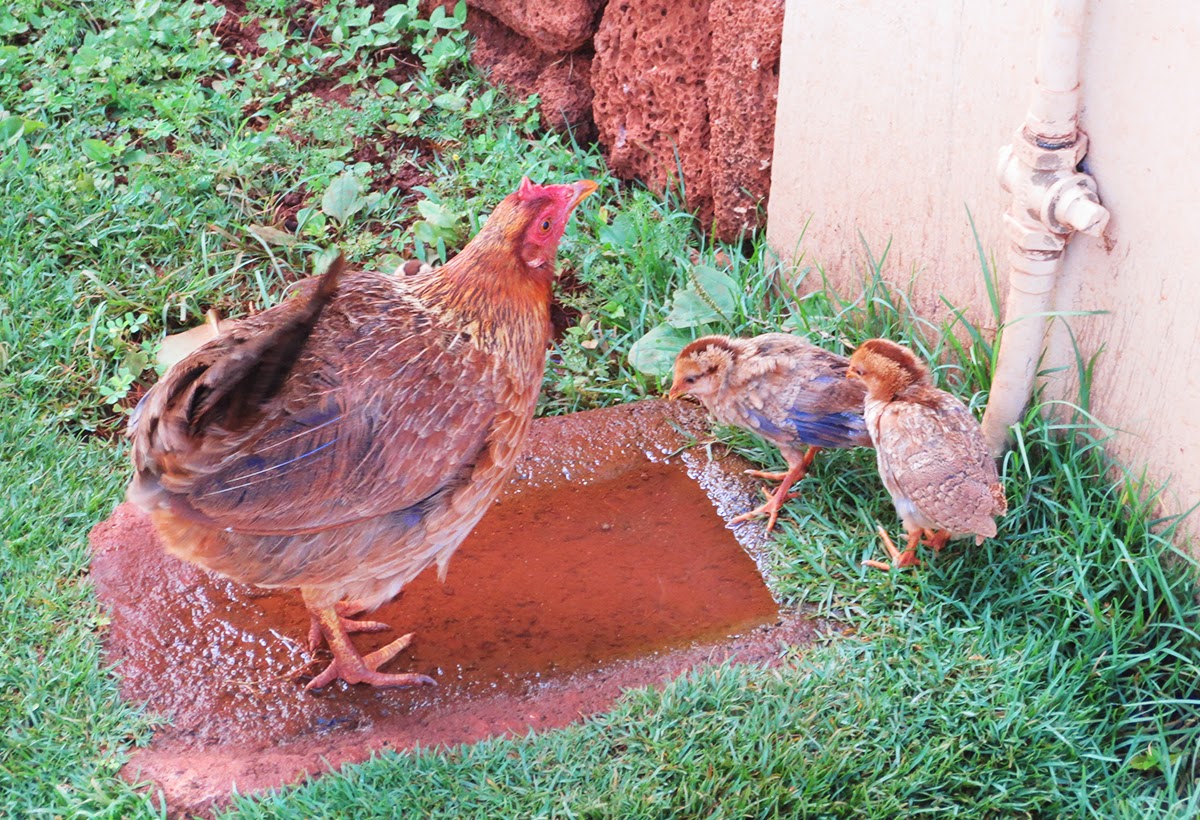 For our first full day we drove down to the South Shore for a lazy day in the sun. How cute are these wild chickens? There are hens, roosters and chicks running amuck all over the place in Kauai. Apparently a storm set a bunch of chickens free some years ago and since then, these guys have claimed the land as their own. I guess they're the Kauai equivalent to city pigeons. 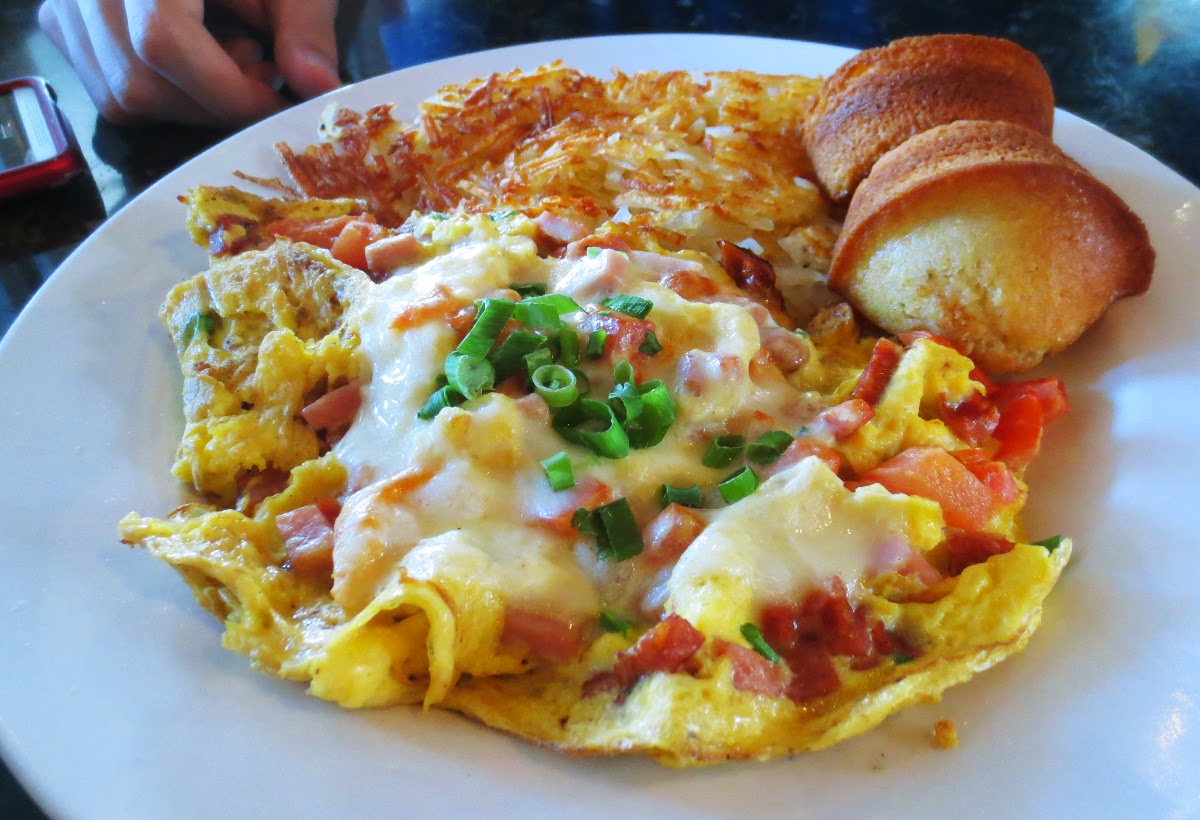 To start off our day we ate a delicious breakfast at Kalaheo Cafe and Coffee Company. The above plate is actually Dennis' portuguese sausage omelette. My pancakes, eggs, portuguese sausage and fresh fruit were delicious but admittedly not as visually appealing. After this first morning, we headed to Safeway and bought ingredients to cook breakfast and most of our lunches at our temporary home to save money. Another huge benefit of Airbnb is being able to cook and do laundry. 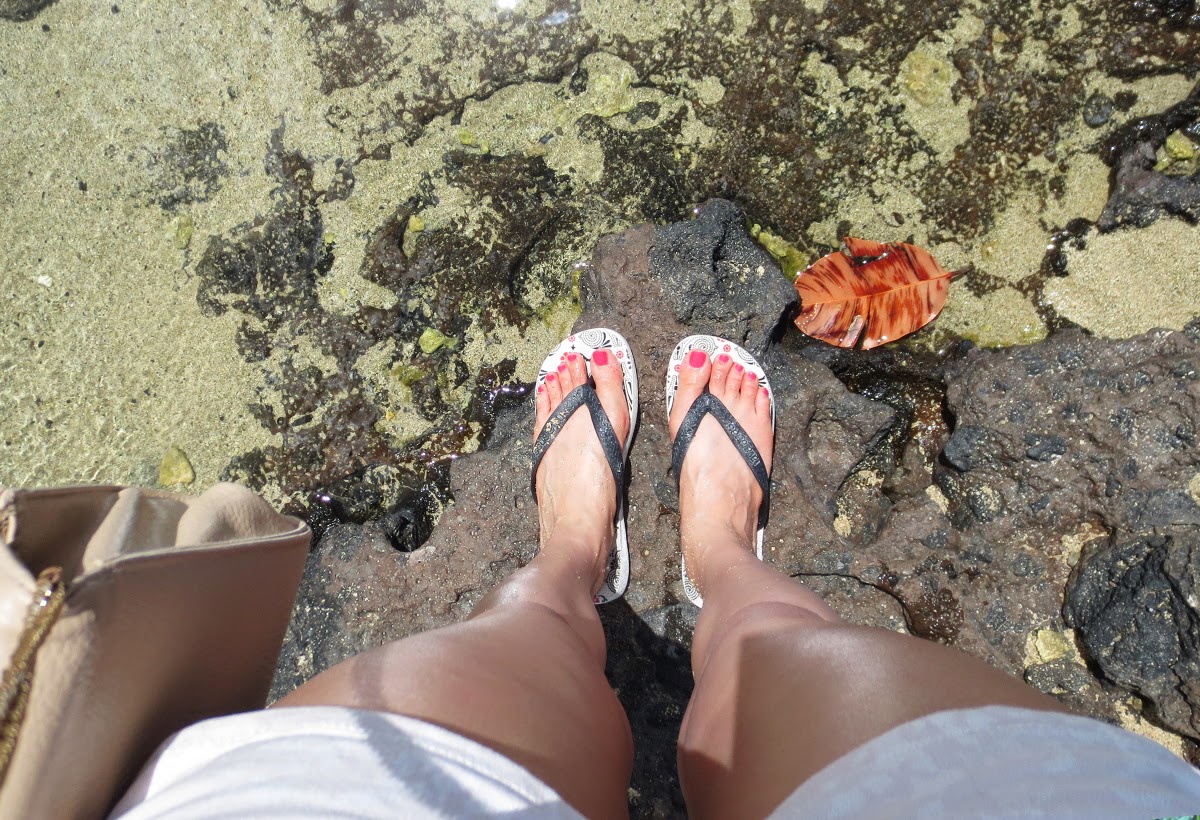 For our first beach excursion we stopped at Poipu Beach, a highly raved about spot that was a bit underwhelming in all honesty. Unless you are staying in one of the nearby vacation rentals or have little kids that want to snorkel, I think there are much better beaches in Kauai. The stretch of sand is short and the beach can be dangerously rocky, especially under the waves. 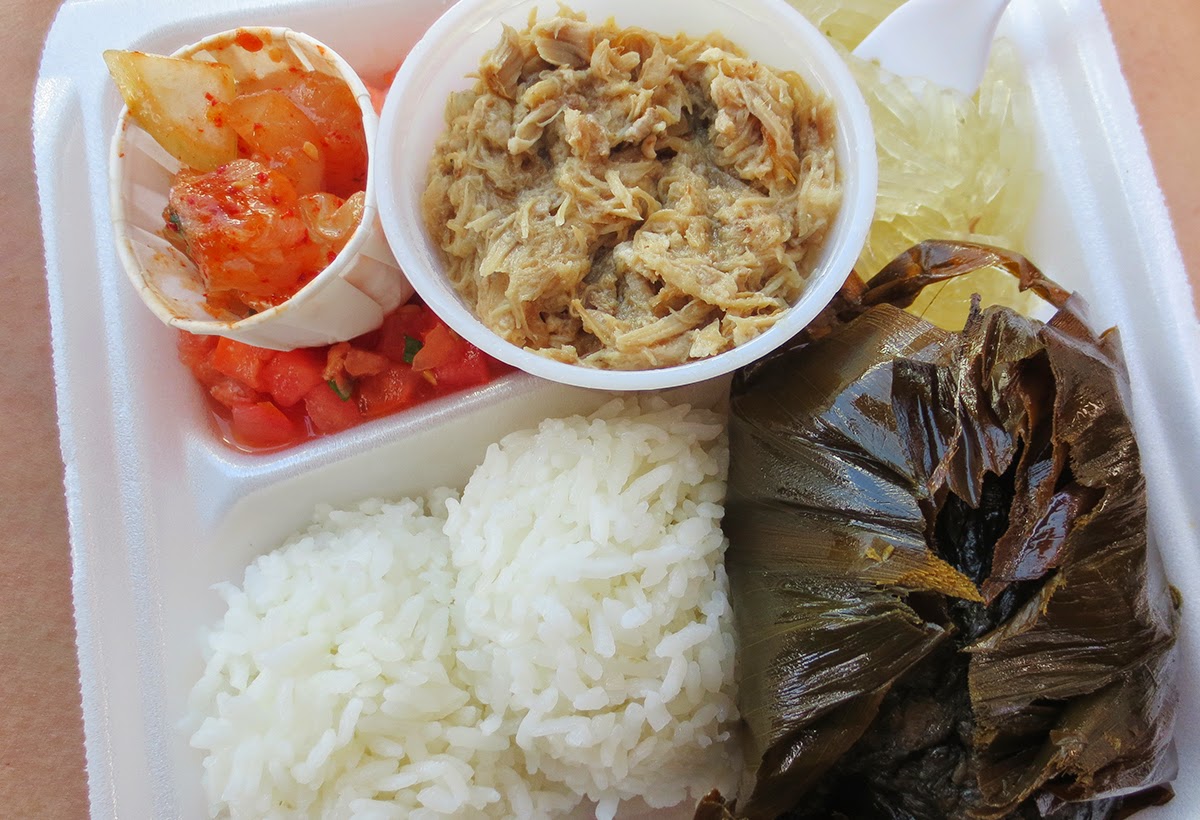 We enjoyed a very short soak and an even briefer attempt at laying in the sun because I'm ultra paranoid of tanning and burning. We grabbed some mixed plate lunches at Koloa Fish Market, a nearby spot that locals and tourists flock to. I opted for the Kalua and LauLau pork plate with a side of Poke. Supposedly this hole in the wall take out place has some of the freshest Poke, marinated ahi sashimi. This was good but not great. I would go back for a bowl of just the Poke but I can pass on the pork dishes. 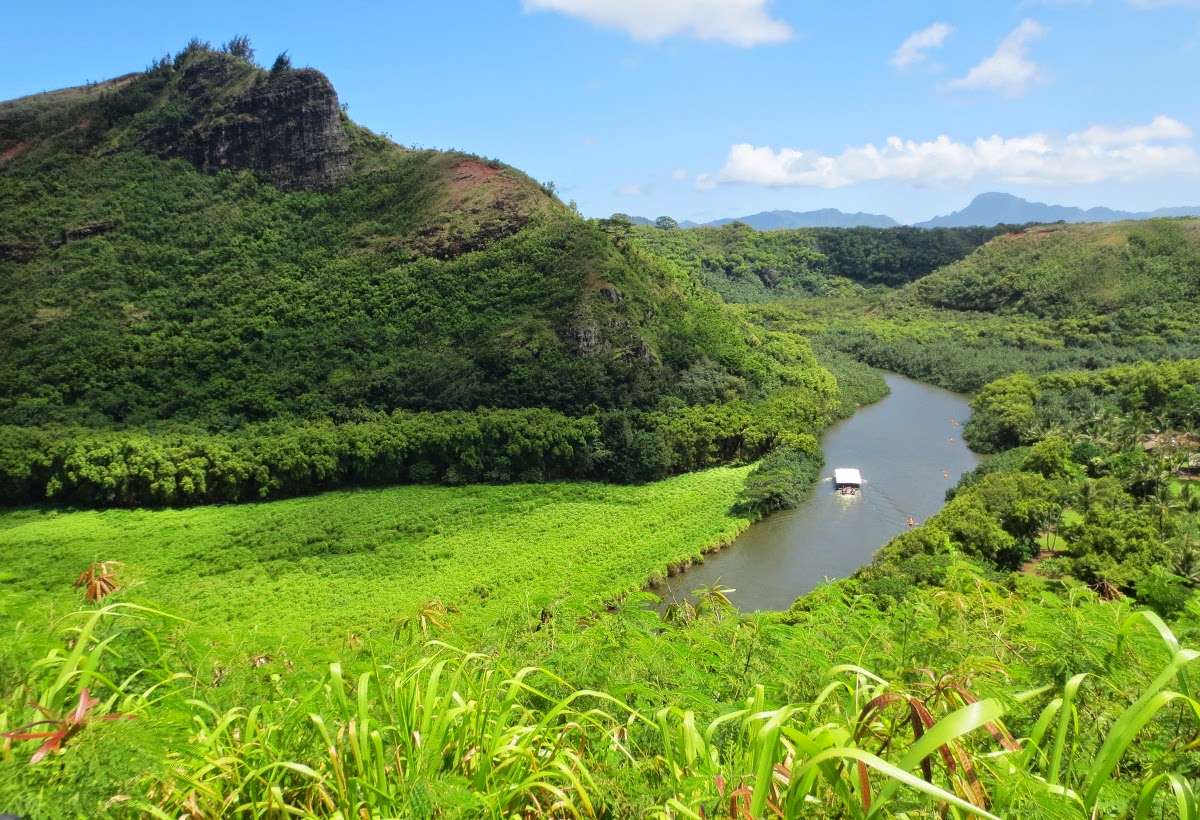 Michelle's house is perched in the Wailua area and there are many scenic stopping points along the way up. You instantly see why Kauai is hailed as the Garden Isle as you drive along any of the roads. Here you can see the Wailua River and if you look closely, you can spot some kayaks. On our second full day, we embarked on our own little kayak trip! 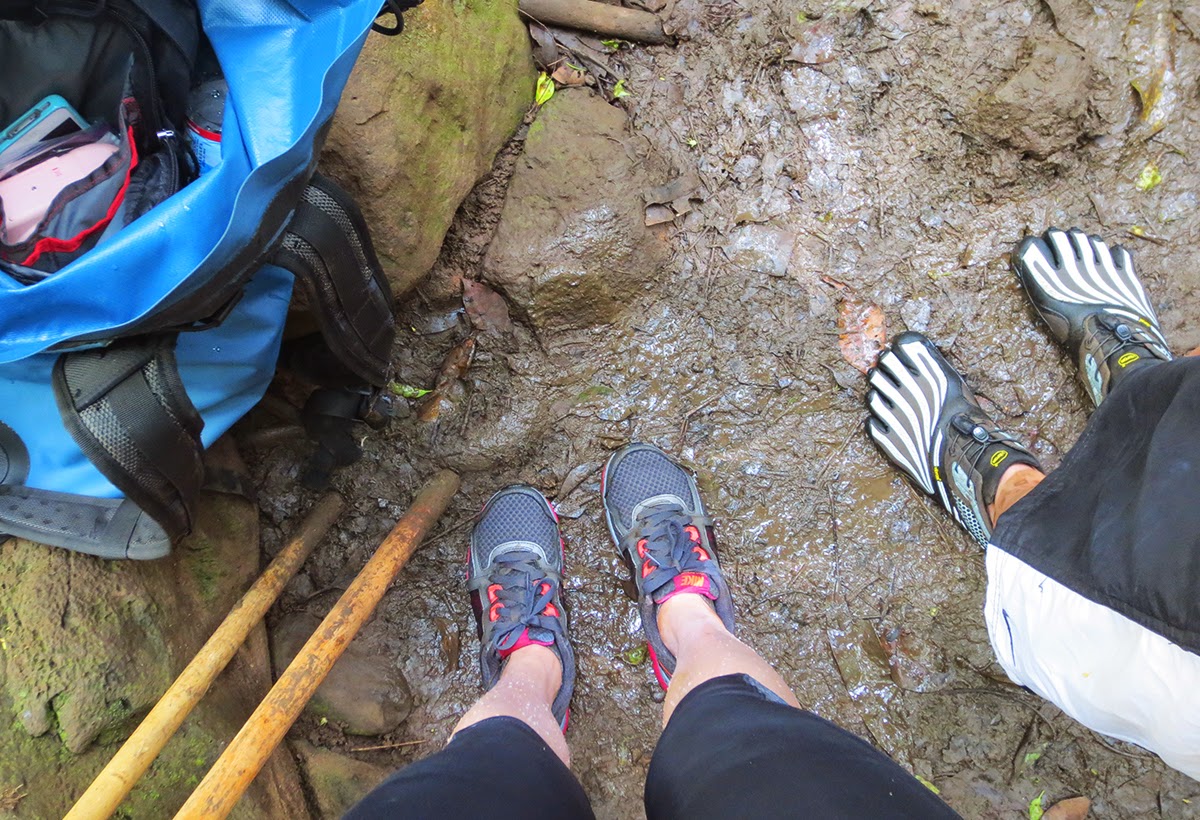 Dennis and I woke up at the crack of dawn to head down to Wailua Kayak Adventures, the oldest Kayak tour company on the island. We did the 7 A.M. Secret Falls kayak and hike tour and it was one of the highlights of our trip. We joined three other couples and a guide on a three mile roundtrip kayak journey and a two mile hike in the muddy rainforest. The kayaking was honestly quite difficult for me as I had never done it before and my upper body strength is nonexistent. That night I could literally not move my arms without acute pain flaring up.... 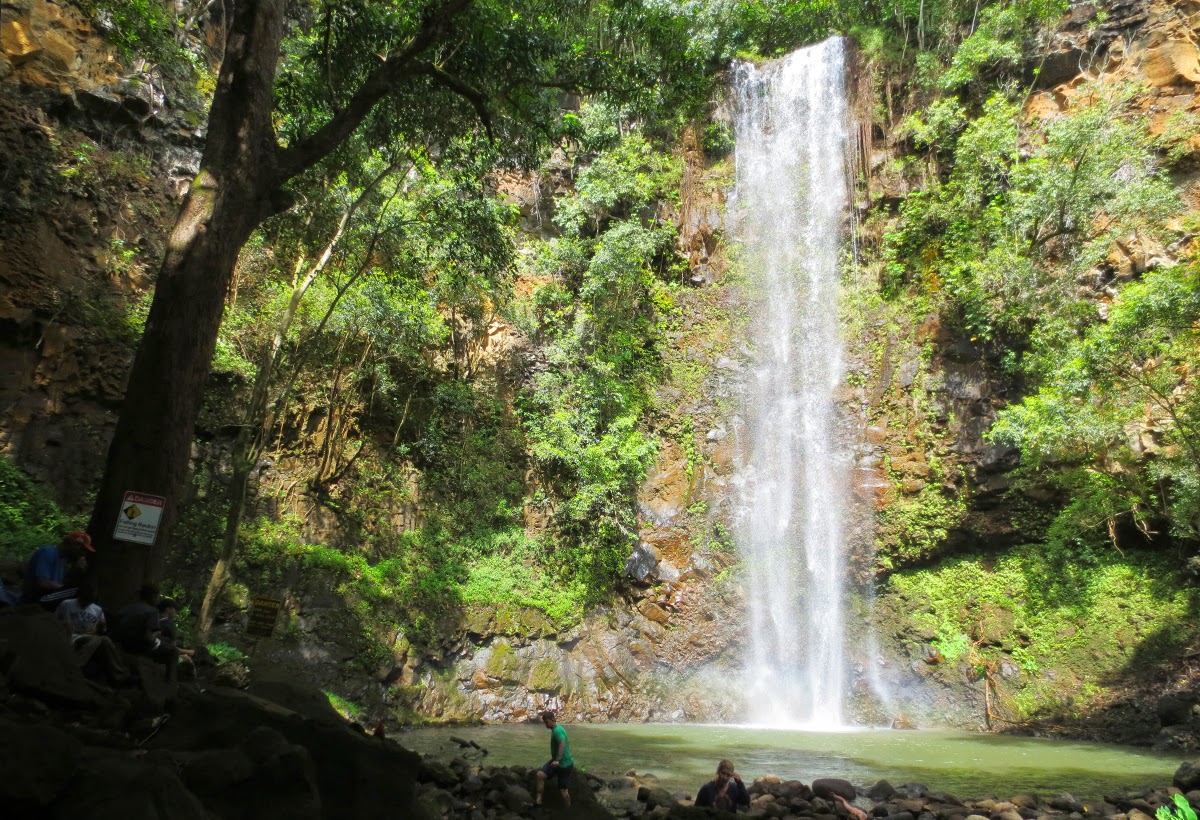 But it was so worth it! The hike was relatively easy and the thick forest canopy gave us shade to cool down in. It had rained a lot in the days before so the trail was super muddy and at some points I was up to my knees in red mud. We got to swim around the Secret Falls waterfall which was really cool and I felt like I was reliving a scene from a movie. Only way less romanticized because a gushing waterfall hurts your face and threatens to break your glasses.... I'm so glad we woke up early to do the morning trip because on the hike back to our kayaks we saw at least five groups from other tour companies on their way to the waterfall.

Just writing about Kauai makes me miss the scenic drives all over again. Stay tuned for the next installment of our time on the island! What are you most excited about when it comes to tropical trips? The food? The beaches? The hiking?
Labels: food travel