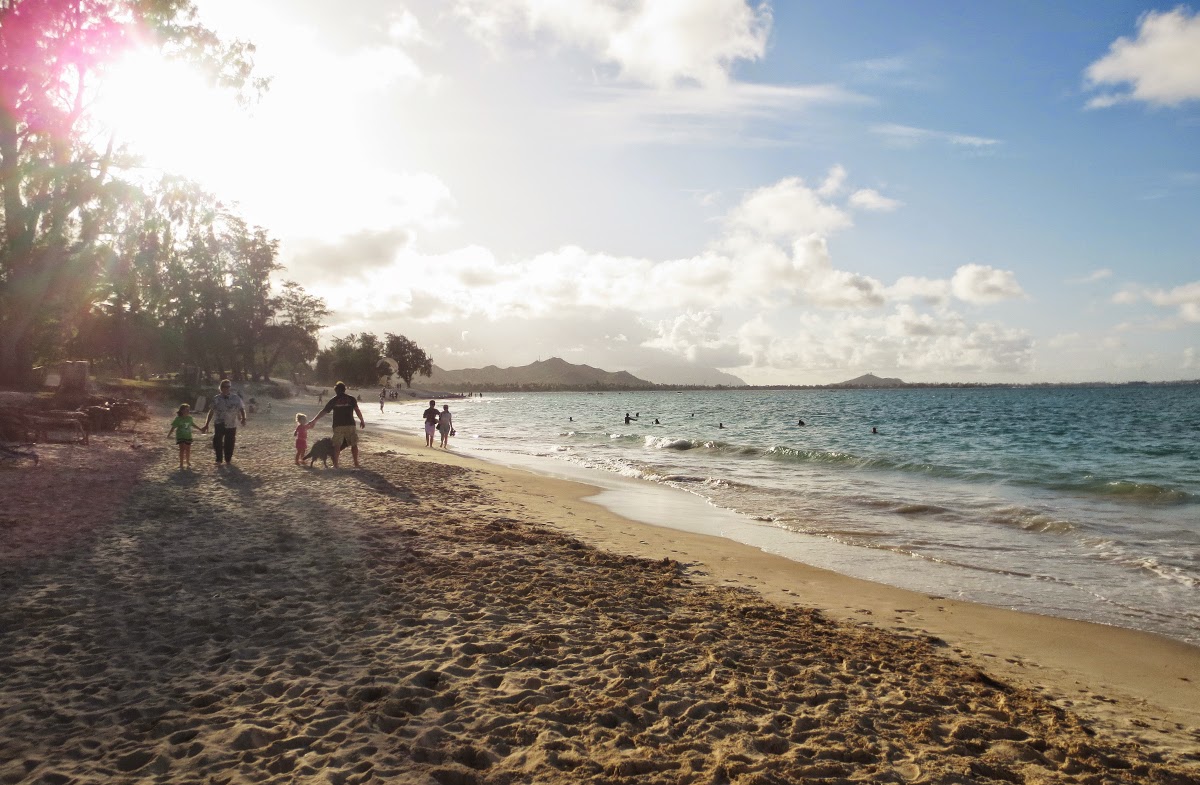 Let's begin recalling the second half of my Hawaii escapades before too much time has passed and I forget all the details. We spent a full week on Oahu after three glorious days in Kauai. We stayed four nights at another Airbnb in Kailua. While the home we stayed at was nowhere near as nice as the place we stayed at in Kauai, it was only a five minute drive to Kailua Beach.

Our favorite beach out of our entire trip was Kailua Beach. We found ourselves going back to Kailua Beach every night for four nights while we stayed in Kailua. The sand is ultra soft and, as a beauty blogger would describe it, finely milled. There was just the right amount of people in this area and most of them were locals as Kailua is a residential area. Dogs are allowed at this beach so there were many furry friends to spot. In the evenings there are rowing teams and wind surfers who dot the shore. I miss the evening strolls at Kailua Beach more than anything else on the trip. This is something you just can't find in New York City. 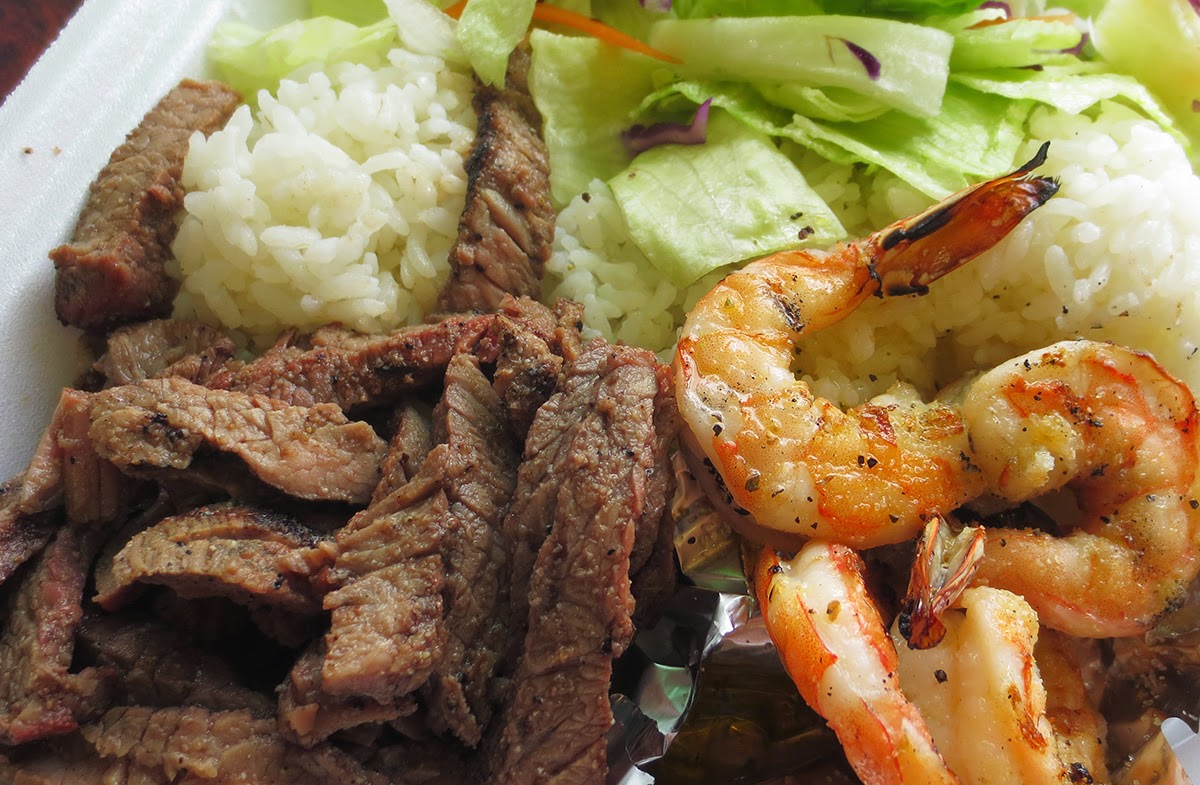 On our first evening in Kailua we wanted something filling yet cheap and local for dinner. Dennis found a place called Steak Rave online so we each got a takeout box. Hawaiians really love their styrofoam container rice plates. The steak was too salty and overseasoned but edible with large gulps of rice. I personally didn't like Steak Rave much but Dennis enjoyed it and said he could eat it everday if we had it at home. To each their own I guess! 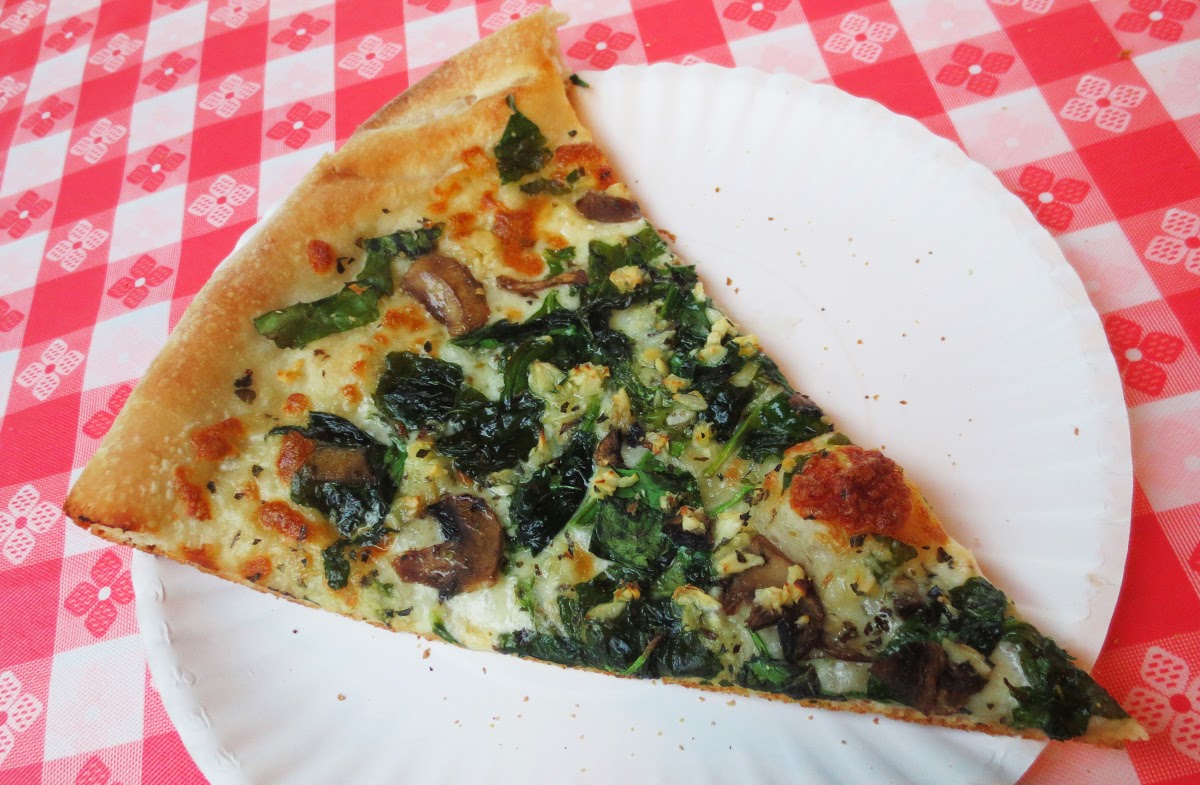 A cheap Kailua eatery to grab a quick bite that I do recommend is Bob's Pizzeria. This place serves up "Boston style pizza" and although I never knew Boston style was a thing, their slices are really yummy. The restaurant is right by the beach and next to a few bikini boutiques and a shave ice shop so it's a nice place to spend an hour or two. 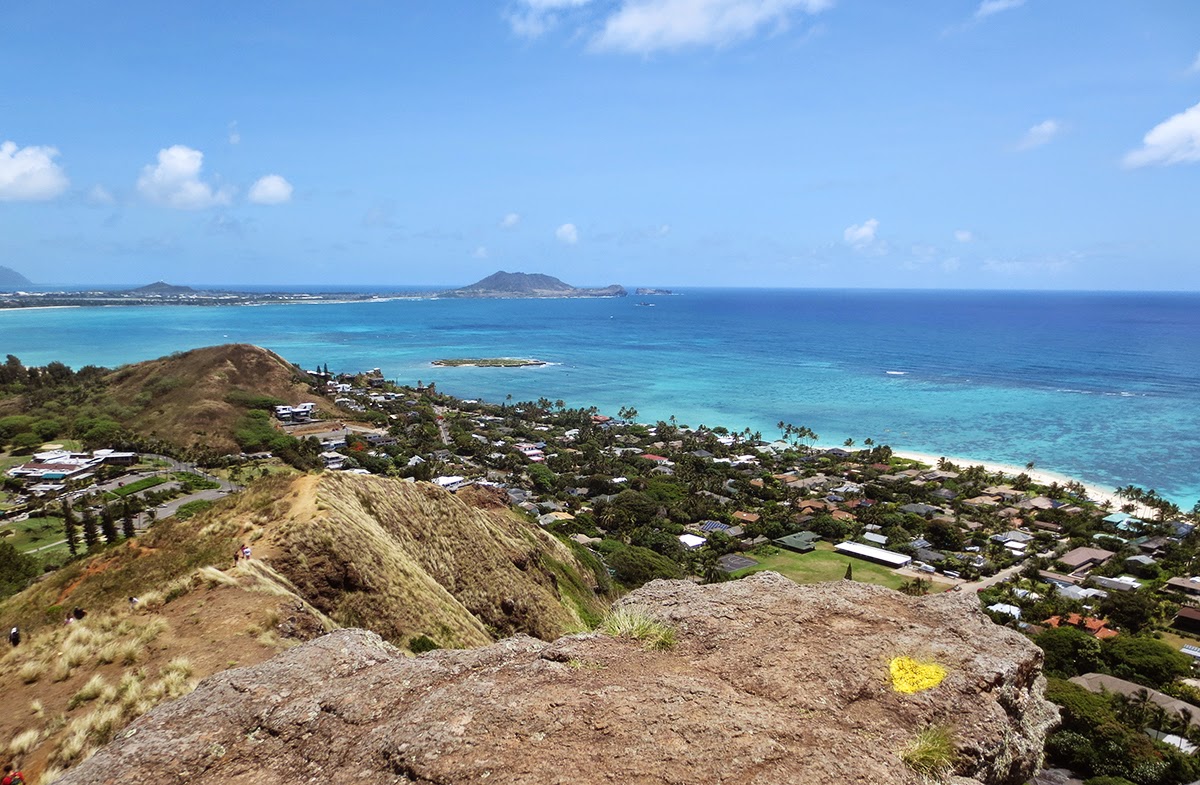 Originally I had planned two hikes on Oahu but after Pill Box Hike, pictured above, I didn't want to attempt the second hike. Pill Box is supposed to be the easiest hike on the island with the best views. It is very popular and lots of families with young children make the trip. Sadly I am embarrassingly weak and I have absolutely no stamina in the sun.... I made it up about 4/5 up Pill Box before calling it quits and telling Dennis to get to the top by himself. The terrain is super dry and ashy unlike Kauai which is more muddy and rain forest-like. I much prefer hiking under the canopy of the rain forest and getting stuck in mud than crisping up in the sun. 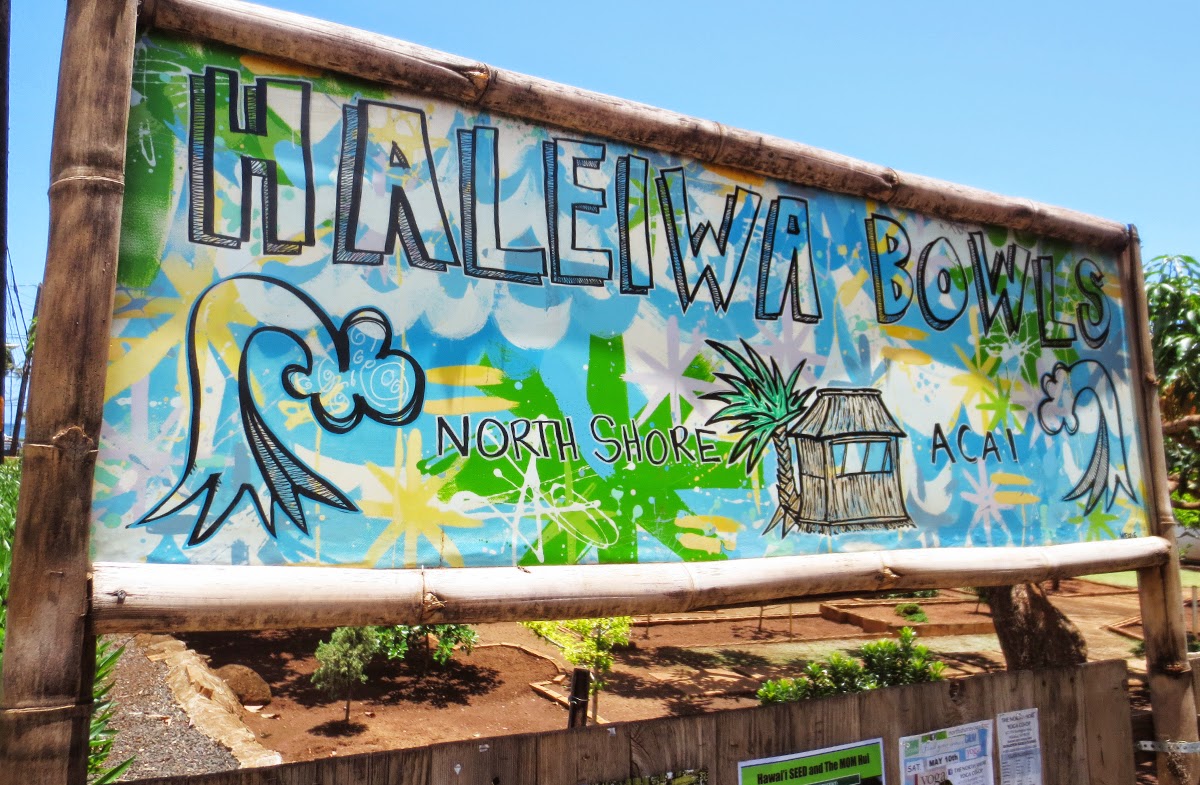 We made an hour long drive up to the North Shore and checked out one of the most popular acai bowl huts, Haleiwa Bowls. I got the regular bowl and regret not paying extra for fresh berries. It was a delicious and filling treat but honestly, all of the acai bowls I have consumed have tasted pretty much the same. Most places, including Haleiwa, use Sambazon acai so it's no surprise they taste similar. 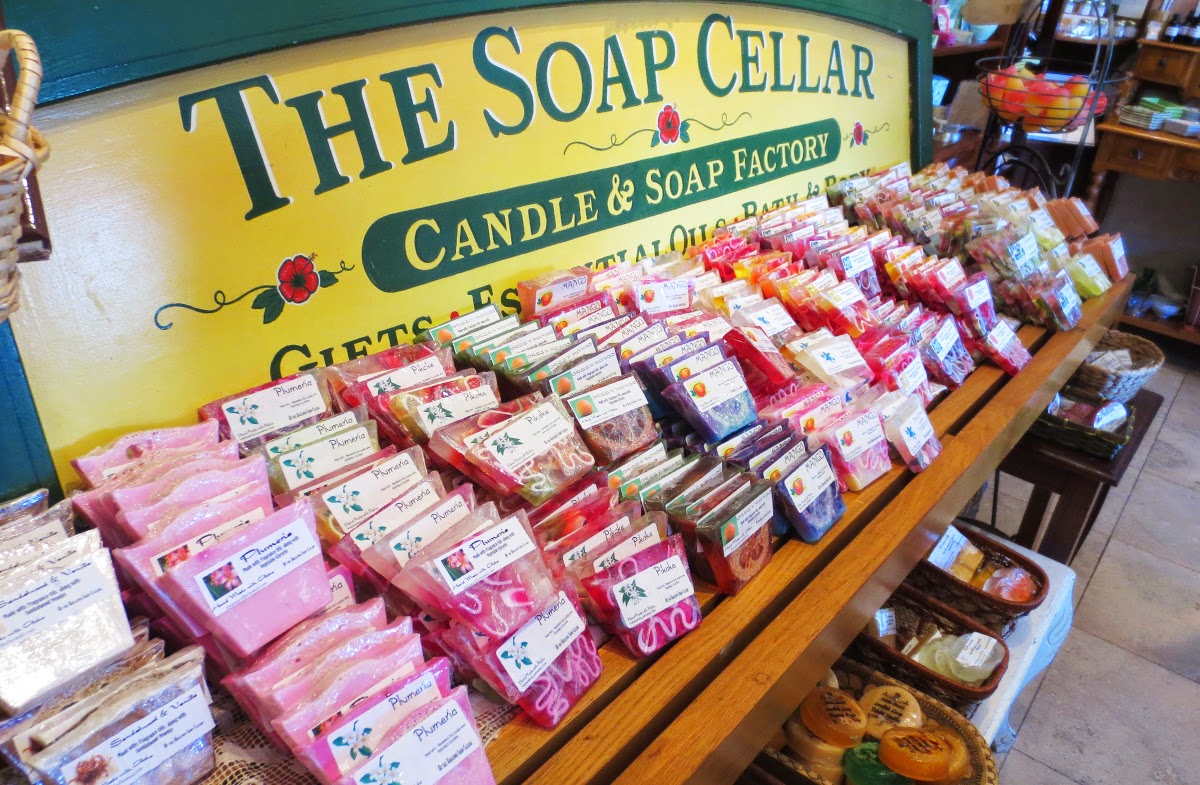 The beaches on the North Shore didn't really impress us but there are a few boutiques that caught my eye. I stopped by The Soap Cellar and bought a few handmade bar soaps. They make the soaps in store and this is a perfect place to pick up a few souvenirs for friends and family. 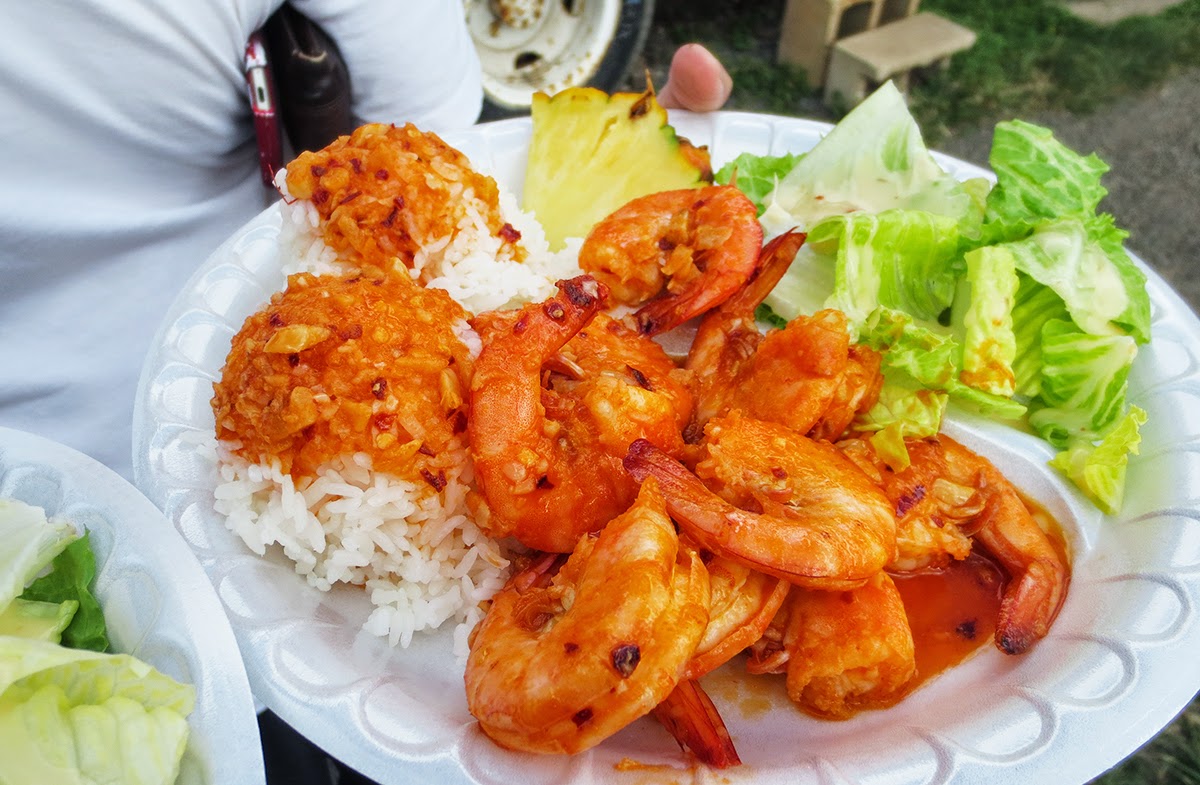 We hopped around from beach to beach along the North Shore on our way back to Kailua on the East. The beaches on the North Shore are pebbly and I believe the area is most popular for surfing. The drive back was longer than we had imagined so we got hungry along the way and stopped at a roadside shrimp truck. There are quite a few shrimp trucks and we ate at Fumi's Kahuku Shrimp to be exact. I had the spicy garlic shrimp which was delicious. There was also a nearby stand selling fresh coconuts so we had a very relaxing time peeling shrimp and sipping water out of a coconut for an hour or two. 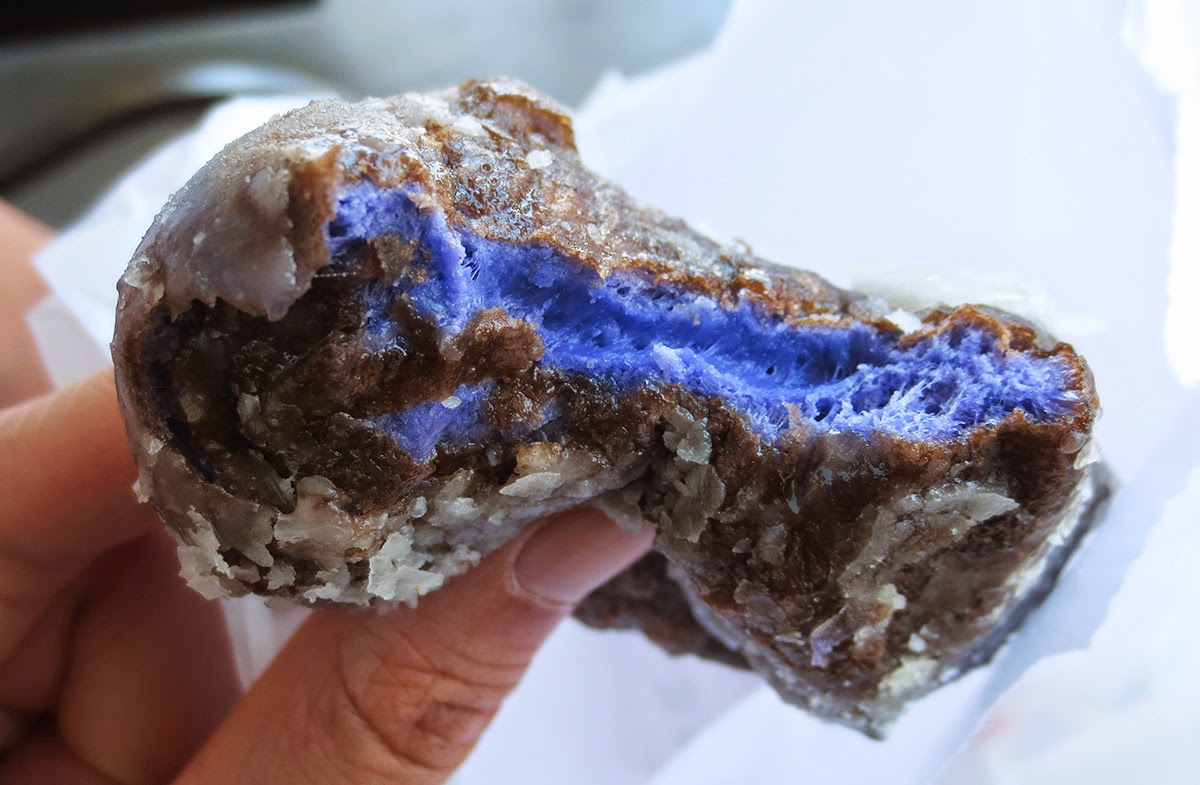 On our last day with a rental car in Kailua, we drove down to the Honolulu side of the island. I really wanted to try the poi doughnuts at Kamehameha Bakery because who can resist that beautiful purple shade of doughy goodness?! Poi is taro and a common ingredient in Hawaiian cooking. Kamehameha Bakery was super busy and people were coming in and out of the place with boxes of dozens of baked goods in the few minutes we enjoyed our picks outside the shop. We opted for the poi, strawberry and haupia (coconut) doughnuts and while each one was delectably fluffy and soft, the flavors were barely distinguishable. I really could not taste any taro flavor in the poi doughnut. The coconut doughnut had coconut filling so coconut lovers would love it. Each piece was less than a dollar so it's an inexpensive treat but I was a bit let down given all the hype. Our main reason for driving down to the Honolulu area was to visit the Pearl Harbor Memorial. Dennis had already been here on his previous trips but I knew I had to go and see the site for myself. Only 2,000 tickets are available each day so you have to go early and claim your tickets. We got there around 10 in the morning and got tickets for a 1:15 PM time slot so be prepared to have activities to do nearby while you wait. The introduction video to the tour set the mood very well and was actually quite neutral. After seeing the wreckage of the USS Arizona, we spent quite a bit of time at the museum exhibits which I found fascinating as WWII always piqued my interest. Pearl Harbor is simply a must-do when in Oahu. 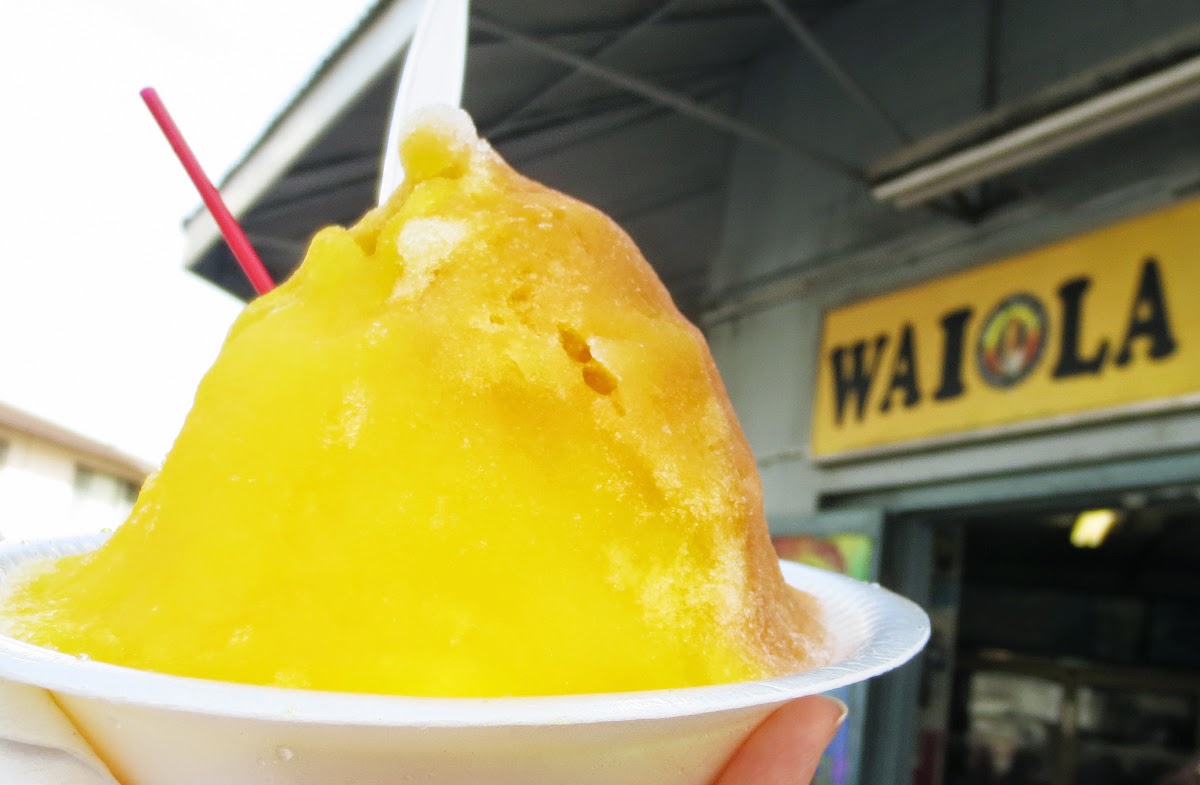 To end the sweltering hot day, we drove down to Waiola Shave Ice to sample some sweetness from one of the most popular shave ice spots on the island. Waiola Shave Ice is in a quiet residential neighborhood close to Waikiki and we wanted to scope out the hotel we would be staying at for the last three nights as well. I got the ice cream bowl with banana and some other flavor that I am blanking on at the moment. The ice here is okay and there were some unique flavors but I felt it melted too quickly and became a puddle of colored water before you could enjoy it. The first shave ice place we tried in Kauai was my favorite out of the trip.

We're almost at the end of the four part Hawaii recap! Hope you guys aren't tired of my travel posts and I promise some beauty content will be up by the end of the week!
Labels: food travel