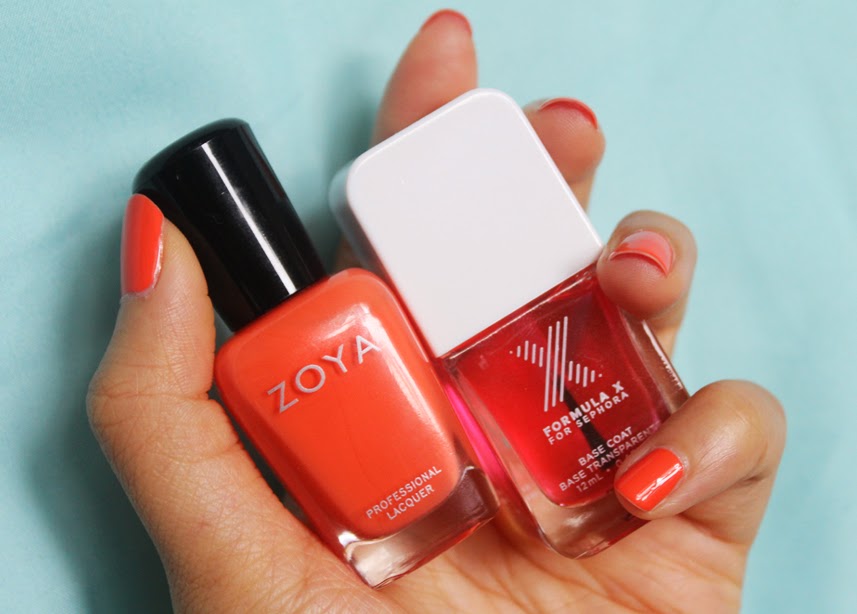 I'm not even going to pretend I follow the World Cup or that I know anything about soccer (or football) but considering I lived in Amsterdam for over four months, I do have a soft spot for the Dutch. I still have a bunch of Zoya press samples I have yet to try so I figured Thandie*, a true orange, would be a nice little tribute to the voetballers.

I also recently picked up a new base coat from Sephora X as all my other base coats are old and goopy. The Formula X Base Coat is quite thin and makes it easy to get a thin layer to prep for two coats of nail color. I really fancy the shape of the Formula X nail polishes and think the white caps look super chic. 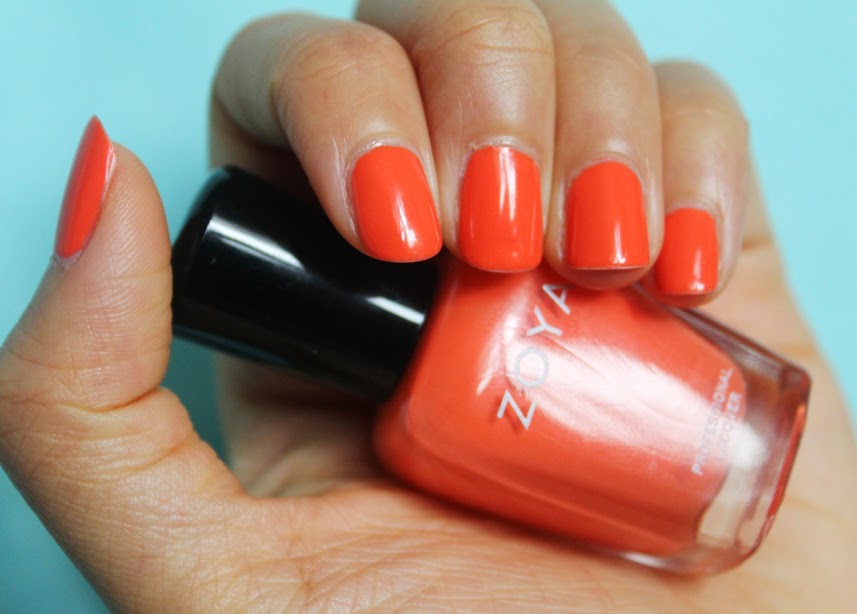 Going back to Thandie, it released with the Summer 2013 collection and is permanent. In the bottle on three coats later on the nails, it looks like a cream. But after one coat and very close inspection, there are actually very fine bits of microshimmer in the formula. After the second coat, the shimmer was undetectable on my nails. This polish was a bit thicker than some of my other Zoya's and I needed three coats to get full coverage without streaks.

Thandie is a great summer color that will make your tan stand out and liven up darker skin tones. I wish it would have applied more evenly with just two coats but it doesn't appear thick with three. A true orange is on trend this season and I would recommend you give this a go!

*The Zoya polish was sent to me for free for consideration and review. All opinions are my own.
Labels: nail Sephora Zoya