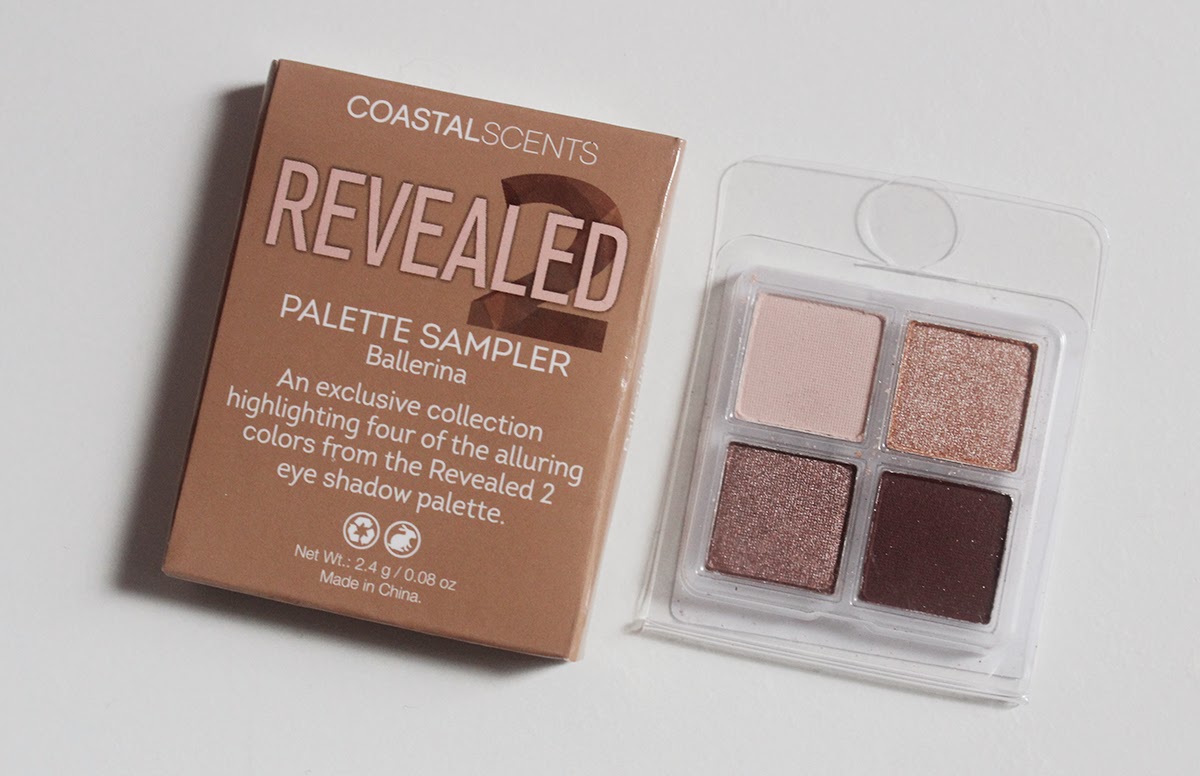 Ever since the first Urban Decay Naked Palette launched, we've seen endless dupes that try to mimic the neutral eyeshadow palette. As someone who rarely deviates from beiges, browns and taupes, I'm not complaining. Coastal Scents came out with the Revealed and Revealed 2 Palettes that are reminiscent of the first and third Urban Decay palettes. The Coastal Scents palettes contain 20 shades each and retail for roughly $20. I've seen the price drop as low as $10 during 50% off sales so this is definitely an affordable offering if you're looking for a neutral shadow palette. A month or two ago, I chose the adorable Revealed 2 sampler from the Birchbox Soho Build Your Own Birchbox station to see how these shadows would compare. 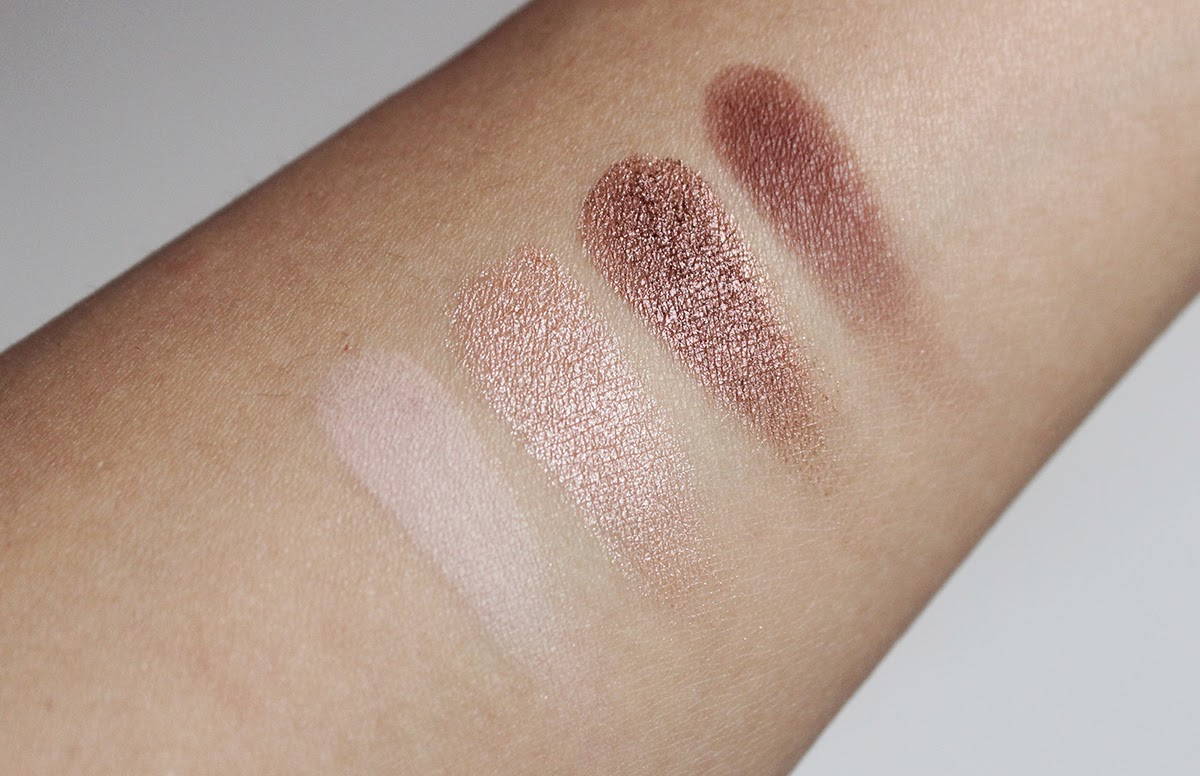 This is one of those cases where the swatches speak for themselves. The sampler contains two matte and two shimmery shades. In the full size palette, I believe six of the shades are matte. All four shades in the sampler are buttery smooth and pigmented. I had no problem getting pigmentation on the back of my hand. The darker shade took about three light swipes but that's a good thing since there isn't really a midtone matte brown to blend with. I'd rather be able to build up the color than have difficulty sheering it out once it's on my eyelid. The shimmery brownie taupe is my favorite shadow from this sampler but the matte cream shade really surprised me by its silky, rich texture.

I really like this little quad but wish the packaging was more sturdy or they could have at least made it so the pans could be easily depotted. The full size palette is very thin and made of hard cardboard. It's not super flimsy but not very substantial either. For the price I can't really complain but I personally am restraining myself from purchasing the full size palette. These palettes would make a great gift for those who are starting with makeup and need a lot of neutrals to start with. The price is good and the quality is definitely on par with some more mainstream brands.