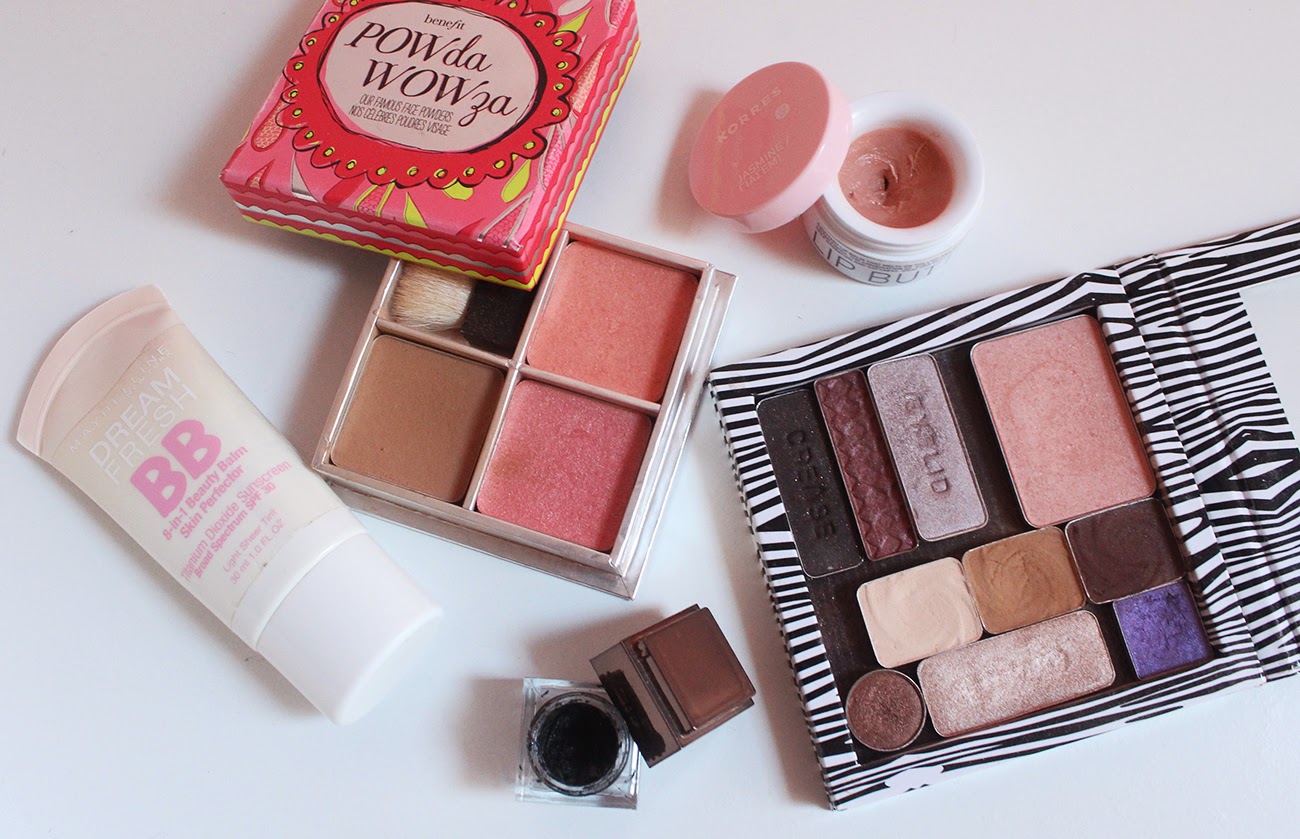 After my last two posts on rather high-end beauty bits, it seems appropriate to share this post of more humble beauty bobs that I've been using very often in the last week or so in an attempt to make some space in my overflowing collection. I've been seeing Project Make a Dent make its way around the blogosphere and many bloggers I respect and admire have been attempting this feat of culling their clutter and actually finishing products. I have embarked on Project X Pans and self-imposed challenges in the past and have all but failed. Hopefully this time it'll be different....

I chose a handful of products that I want to use up but by no means is this the lot of products I am allowed to use for the foreseeable future. I'll just be focusing on trying to use these makeup items whenever I wear makeup. I chose the Maybelline Dream Fresh BB Cream for this challenge because I think I only have about a fourth of the bottle left since I used it a lot when I was studying abroad. It shouldn't take too long for me to finish up this base even though I haven't reached for it in ages due to the poor longevity and oil control. I tend to mix this BB cream with others in my collection to extend the wear time. I dusted off my Benefit Powda Wowza Palette which includes Hoola, Coralista and Bella Bamba. I still stick to my original review from three years ago when I declared these powders overrated and too powdery. But I've come to like Hoola as a contour and Coralista is a pretty color when you want a very subtle blush. I've made a noticeable dip in Hoola but you can't really see from the photo. I've had the Korres Lip Butter in Jasmine for way longer than I'd like to admit but the product still smells the same and doesn't irritate my lips. I've been using it almost every morning as a lip balm and I've come to find that it looks really nice under bold pink lipsticks and glosses because it tones down the brightness considerably. Hopefuly I can finish the lip butter before it goes bad. I have a Mac Blacktrack Fluidline waiting to be opened so I'm determined to use up what's left of my Physician's Formula Gel Liner in Black. These come in trios but I gave away the other two shimmery shades in this set months ago. 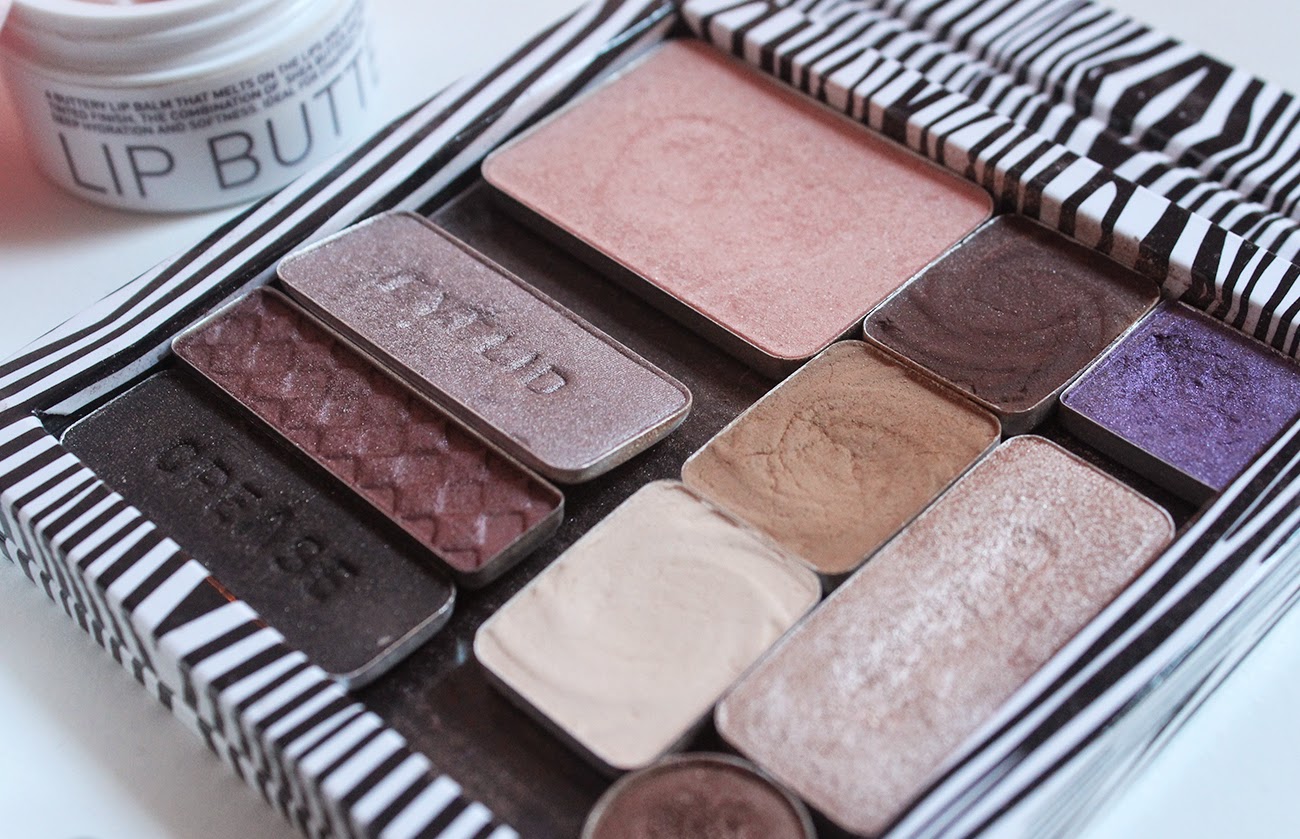 I've been using these shades in my Z-Palette very regularly because they're easy neutrals and to be honest, I have some Rouge Bunny Rouge eyeshadows coming in soon and I need space in my Z-Palette to store them.... The blush is Rimmel's Santa Rose which is one of my all time favorite drugstore blushes. It looks so boring in the pan but on the cheeks it is the perfect pink that doesn't look too warm or cool. The eyeshadows are mostly a mish mash of Wet n' Wild shadows which I've always appreciated. The three matte shades have been coming in handy and for some reason I only liked the midtone brown after I depotted it. The purple in the corner is from a Too Faced palette and the burgundy above the dark brown is by Revlon.

Sometimes I feel silly trying so hard to use drugstore products when I have many other pricier items waiting for my attention. Hopefully I can continue to mostly use these products on a daily basis and wittle away until I see some pan. How do you focus on using up specific makeup products? Have you considered doing a Project 10 Pan or Project Make a Dent?
Labels: Project Make a Dent