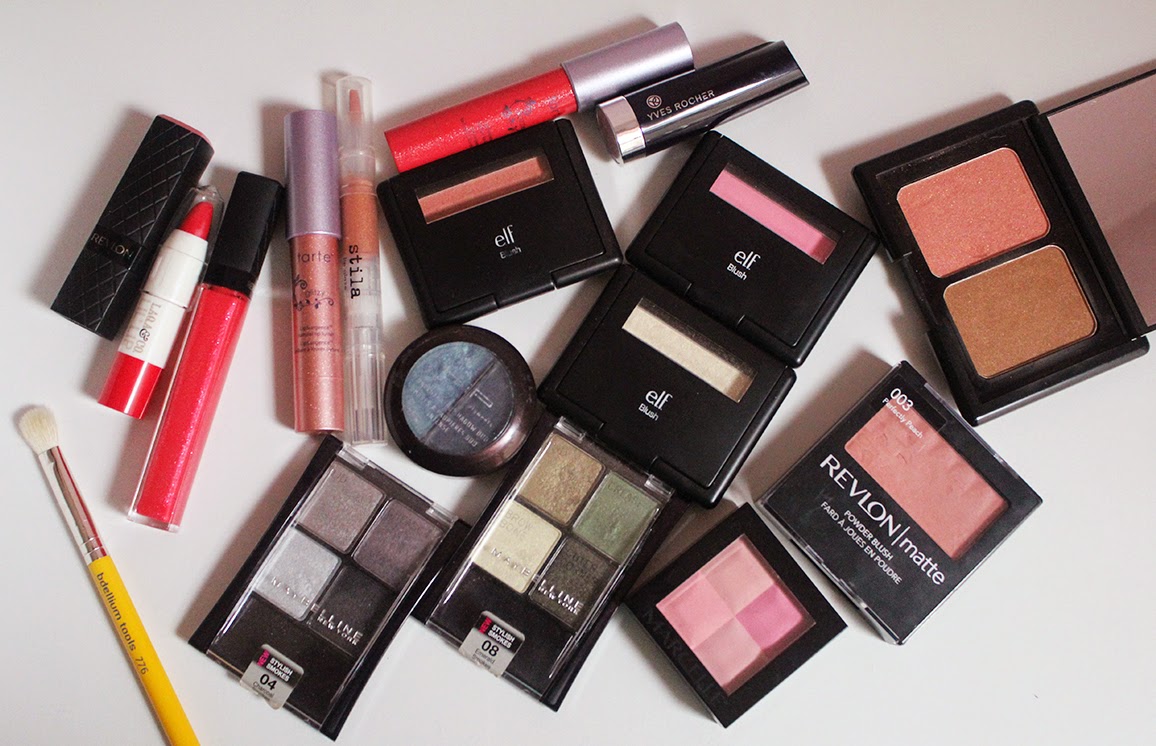 Today's post will be a relatively short one because it's essentially a self-congratulatory pat on the back for finally making strides to let go of makeup I hardly use. It's not that I hate the products I picked out of my stash to throw away or give to some friends; I just never use these things. I wasted the money when I bought these things so I'm not really wasting more by keeping them or forcing myself to use them up. Above is the pile I gathered after one sweep of all my makeup drawers. Some things were easy to pick out, like the Bdellium eye brush and ancient Revlon Matte Blush (which has already been tossed). The E.L.F blushes are great $3 blushes but I never use them so what's the point of having them around when I have nicer blushes I prefer using? 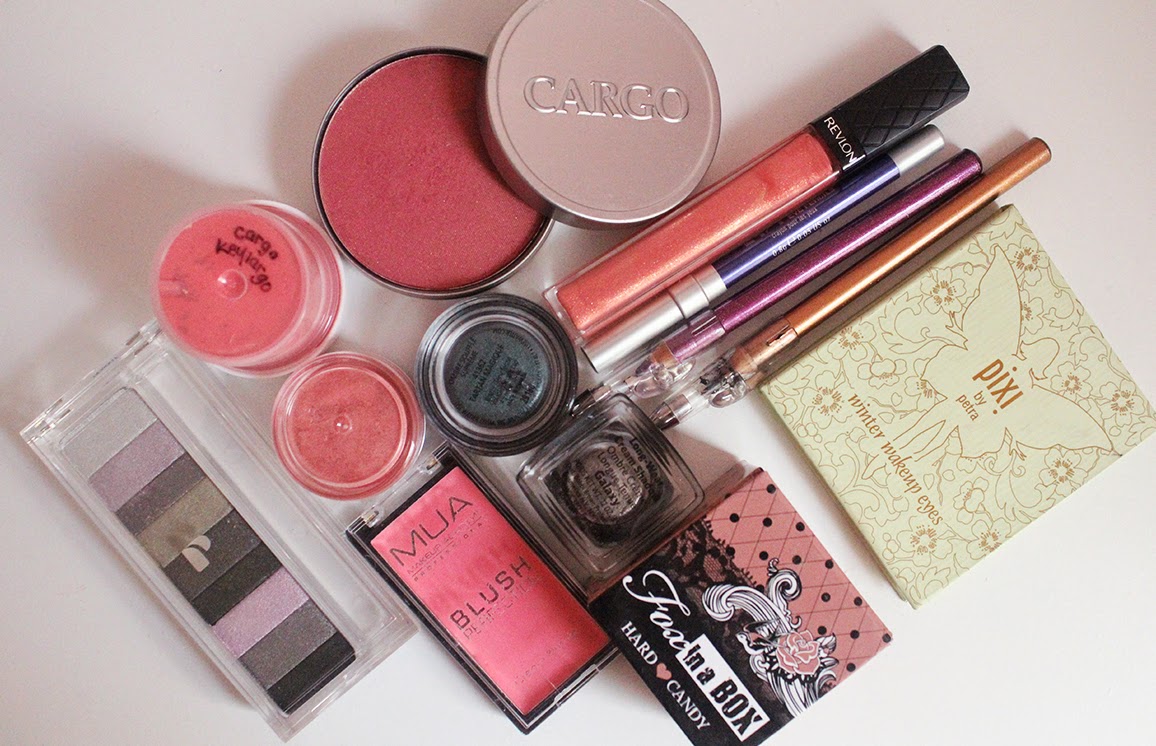 I decided to do a second sweep because I knew I had gone easy on myself the first time. I ended up picking out a few more expensive items including a Bobbi Brown cream eyeshadow and a Cargo blush. Both of them are perfectly fine products but the shade of cream shadow looks awful on me and the blush is not something I reach for. I had two shattered blushes which I salvaged into little containers but I never used them again so into the garbage they went. I used to like the Hard Candy Fox in a Box Blush back when I had only a few blushes. But now, I have well over 30 so no point in keeping that around. The Physician's Formula palette is great but I don't think I've ever used it on my eyes. I probably bought it during a 40% off sale just because I know I like those palettes but didn't think too hard about if I would wear the colors.

I've been hauling a lot of new makeup recently and this de-stashing makes me feel a bit more at ease. A lot of things I destashed this time around are products I bought years ago and I feel that I have better taste in products now. Hopefully there won't be as much destashing in the future. How do you decide when products need to find a new home?
Labels: declutter