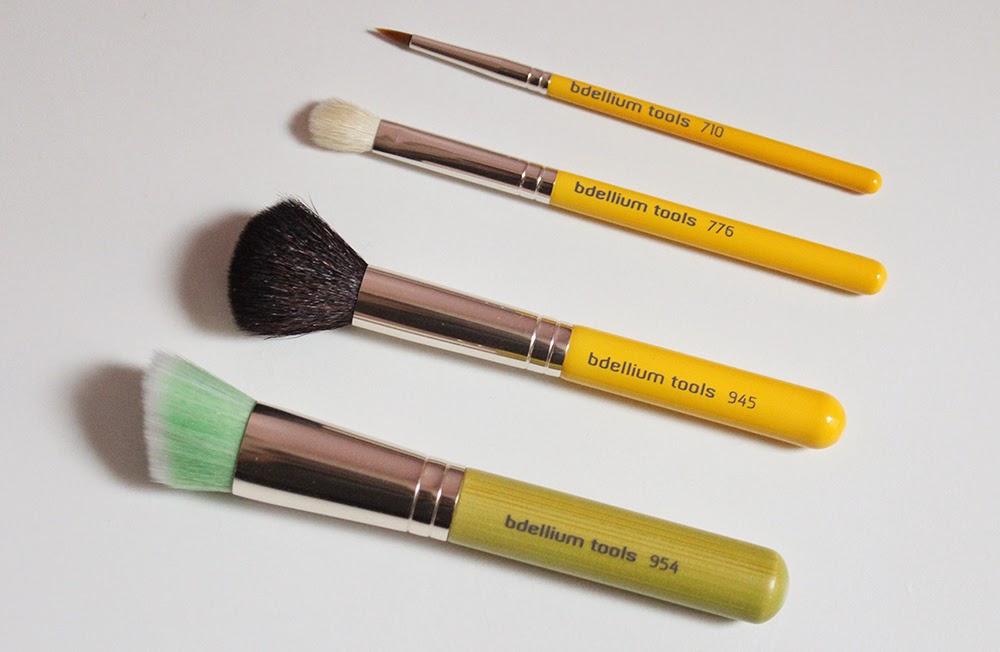 Bdellium Tools is an inexpensive brush line that I've mentioned briefly in the past after last year's IMATS damage. I had a decent experience with them and other reviews of the brand have been overwhelmingly favorable. As you might have noticed on Instagram, I've been doing a major revamp of my brush collection in the last few months. I picked up four brushes from Bdellium for the purpose of traveling during the 30% off St. Patrick's day sale. 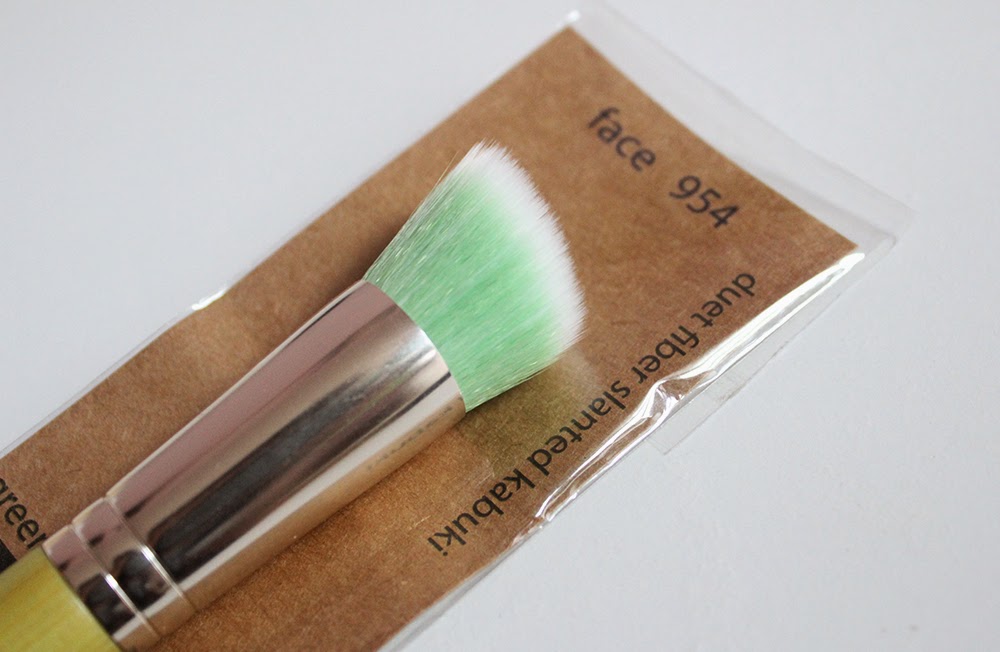 I opted for the 954 Duet Fiber Slanted Kabuki brush from the Green Bambu line as I know this series has short handles. I already have two other face brushes from the Green Bambu line and like the soft synthetic bristles. The 954 performs well and applies base makeup easily without streaks. It costs $18 which is a bit much for a bargain brush but with the discount I only paid $12.60 which is acceptable. 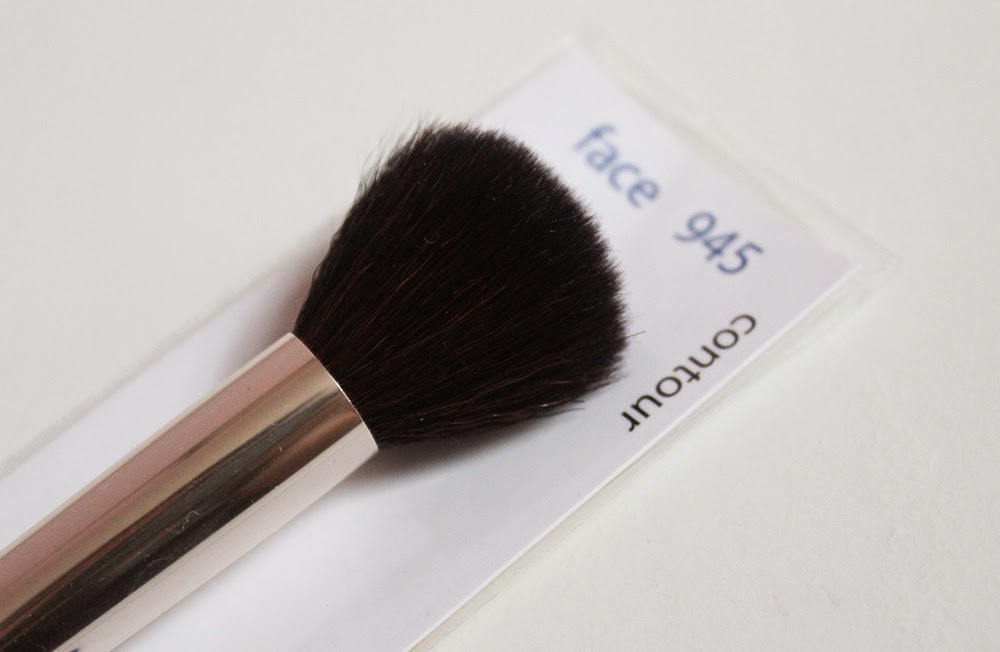 The other three brushes I chose were from the travel line. I was not expecting the quality to differ so much between this line and the Bambu line since the prices are the same. Like every other beauty-obsessed person, I've been into contouring lately. I purchased the 945 brush for precise contour application. The shape is great and the size is perfect for my face. But the bristles are noticeably scratchy and there was significant shedding when I washed this brush. Even swiping this brush back and forth on my hand yields broken hair particles. I am incredibly disappointed by this brush and I totally regret not getting the same one from the Green Bambu collection. This brush retails for only $11 but I would rather get a Real Techniques brush for that price. 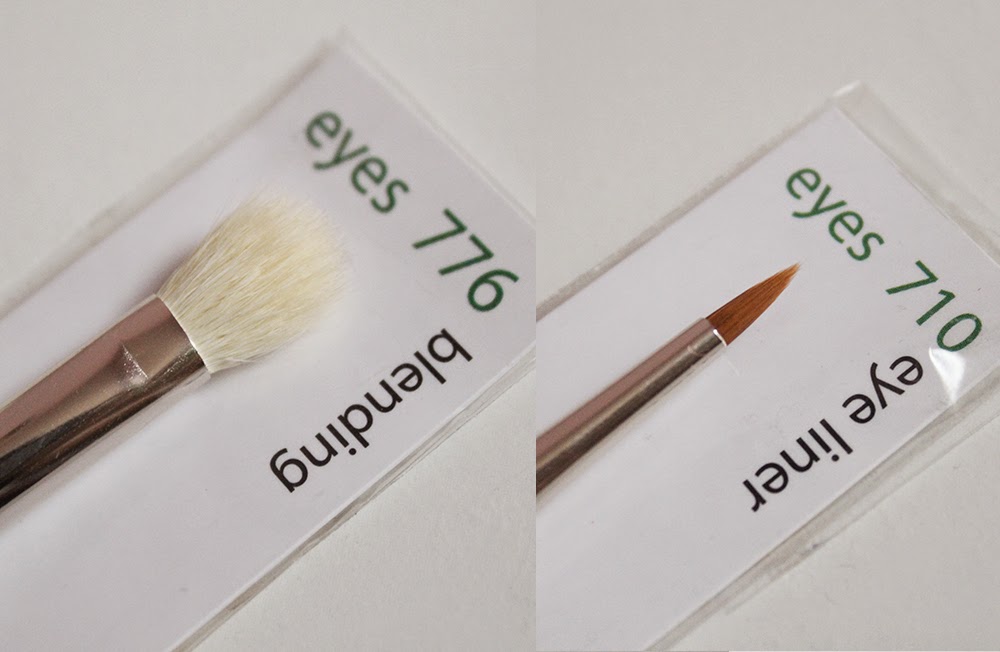 Another disappointment was the 776 Blending brush. Every brush manufacturer has a look-a-like to the Mac 217. This is your basic rounded blending eyeshadow brush. This one is not soft and the bristles are cut very blunt. The glue also goes too high into the bristles so the hairs don't have any give at the base where the ferrule starts. It's clearly a shoddy brush and I wonder how Bdellium thinks it is acceptable to have such discrepancies between product lines. This brush is still usable but I could have saved $9 (or rather the $6.30 I paid for it).

The one redeeming travel brush is the 710 Eyeliner brush. I wanted this because I love the Sigma E05 Eyeliner brush for applying gel liner. The Bdellium version applies liner well enough and I can get a precise wing. Retailing at $8, this is an acceptable brush.

Overall, two out of four brushes were worth the money. These aren't expensive brushes but I was still dismayed to find such variation in quality. Check out the synthetic bamboo brushes from Bdellium. Skip the travel brushes. I might purchase more Bdellium Green Bamboo brushes during subsequent sales but I'm wary of the other lines. Have any of you tried brushes from their Maestro line? I'm curious to see if those perform any better since they are a bit more expensive.

Those of you who follow me on Instagram will know that I hauled quite a bit from Zoeva so expect an overview of those brushes in the coming weeks!