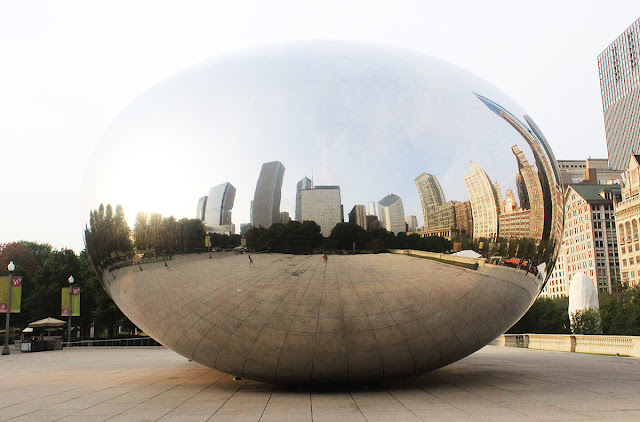 Chicago has been on my travel hit list for awhile now and in the last few months I've seen so many bloggers and acquaintances visiting the Windy City so it was inevitable that I would find myself there as well. I spent three days in Chicago with one of my very close high school friends and we were able to fit in a lot of sightseeing and yummy bites. Of course my first photo had to be of the signature Bean. We woke up at 6 a.m. for this relatively peaceful photo op but normally, it looks something like.... 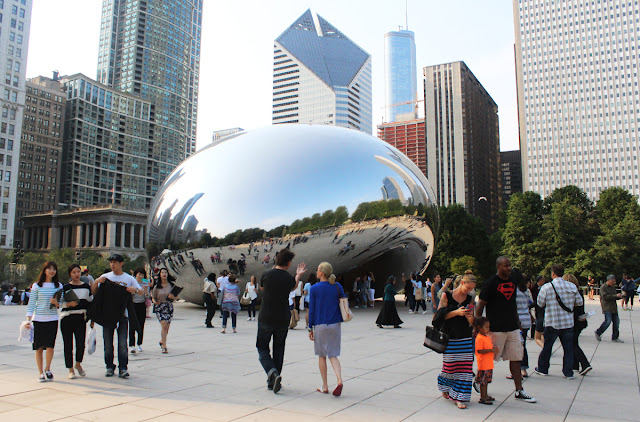 this. Yep, you have to wake up early if you want the landmark all to yourself but it has a different kind of charm during peak tourist hours as well. 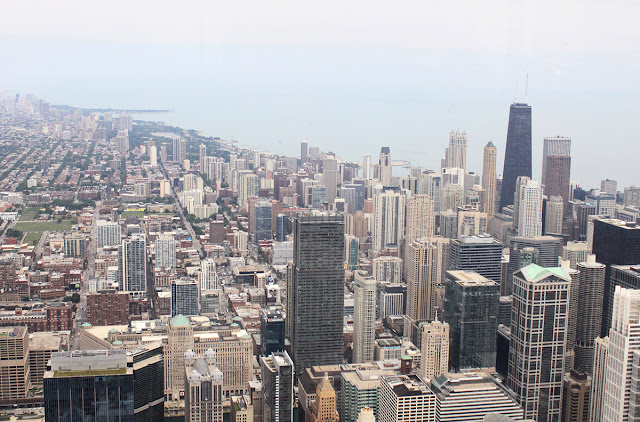 Our first stop after an early morning flight was actually the Skydeck at the Willis Tower. I'm extremely scared of heights so it was a struggle to bring myself to stand over the glass panel that protrudes out of the 103rd floor. But I did it and I'll never have to make myself do it again. That morning was rather dreary so the lake seemed to merge into the sky. 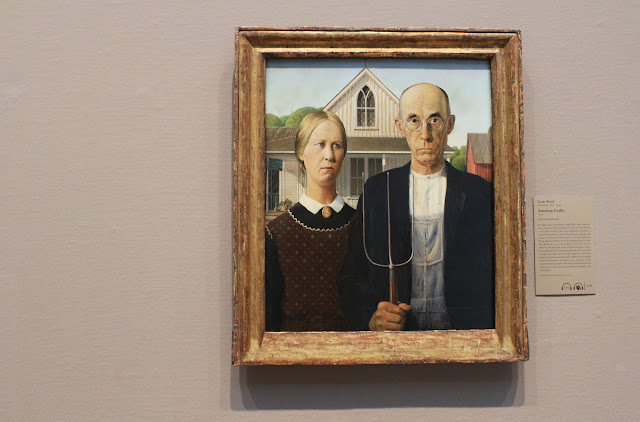 After a quick lunch at Chipotle (not very special but it was right next to Willis Tower and I can always go for some Chipotle when I'm hungry), we headed over to The Art Institute of Chicago where a few famous artworks reside. I'm by no means a refined art connoisseur but even I recognized a painting or two. The museum wasn't crowded at all on a Thursday afternoon and there was a varied selection of work from different places and periods of time. 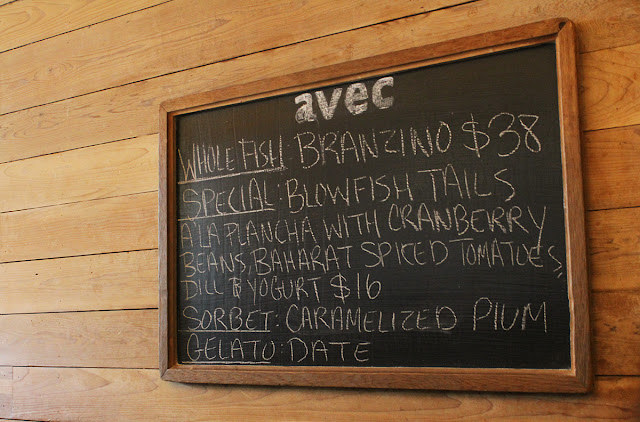 My traveling companion had some eatery recommendations from her foodie friends so we checked out Avec in the West Loop. It did not disappoint in the slightest. 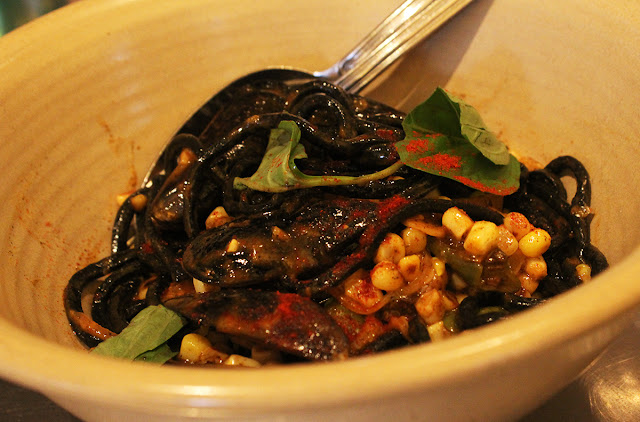 If you're into sharing small plates, this is a solid place to check out. My personal favorite out of what we ordered was the squid ink pasta. Their menu changes regularly so this might not be available anymore but it sure was tasty. 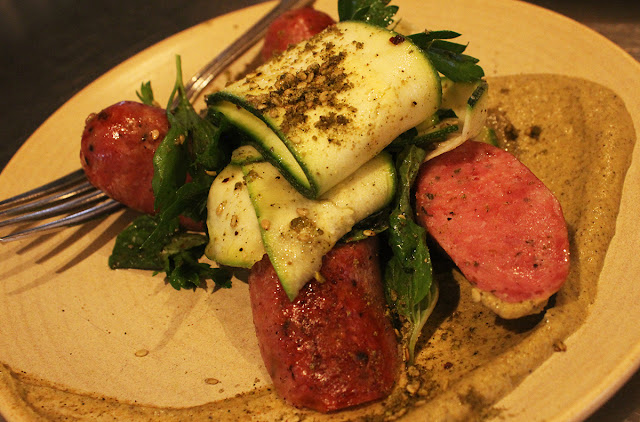 The restaurant is rather small and the chefs cook right behind the bar so you see everything being prepared. If I visit Chicago again anytime soon, I'll make it a point to go back and try some of the other menu items. 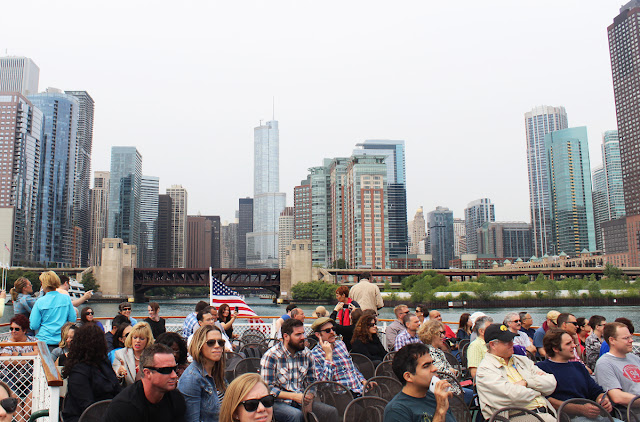 If you're an architecture buff, Chicago is an awesome place to visit. We took an architecture boat tour which I enjoyed a lot because the guide was a really sweet older woman who was incredibly knowledgable. In 1871, the Great Chicago Fire swept through the city and decimated large portions of downtown which led to a architectural renaissance of sorts. The Chicago River is beautiful by day or night and I highly recommend just strolling along the bridges and walkways. 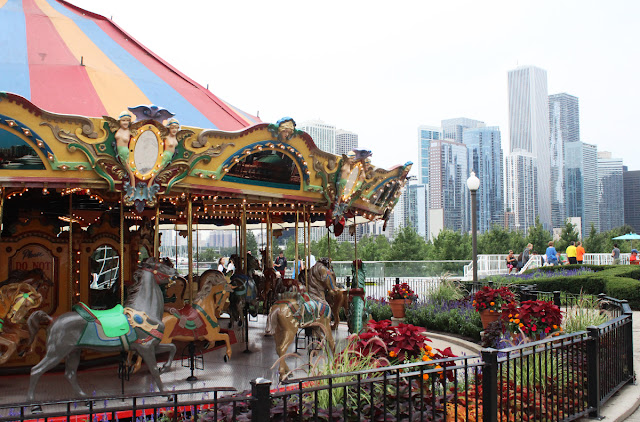 The Navy Pier is a top ranked attraction and I would compare it to New York's South Street Seaport pre-Hurricane Sandy. There are a few rides including a Carousel and a Ferris Wheel (which we rode and I was terrified for most of it) that overlook the downtown area. If you have time to kill in the downtown area, you can catch the free trolley to Navy Pier but otherwise, I didn't find it particularly interesting. Perhaps on a sunnier day it would have been nicer but personally I probably wouldn't make it a point to visit this area again. 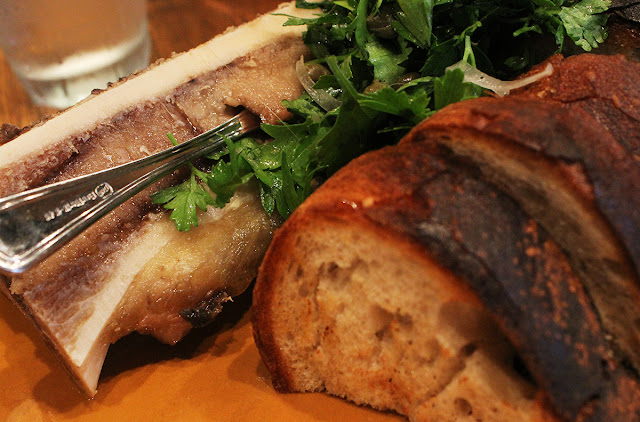 A place I would make a beeline for the next time I go to Chicago is The Purple Pig, another restaurant that serves small plates and an incredibly decadent bone marrow dish. The Purple Pig is right on Michigan Avenue and at first I was hesitant to eat here since I thought it must be a tourist trap given the location. Well, that just goes to show how you shouldn't judge a restaurant by its address. The bone marrow smear is rich, fatty and oh-so-delicious. 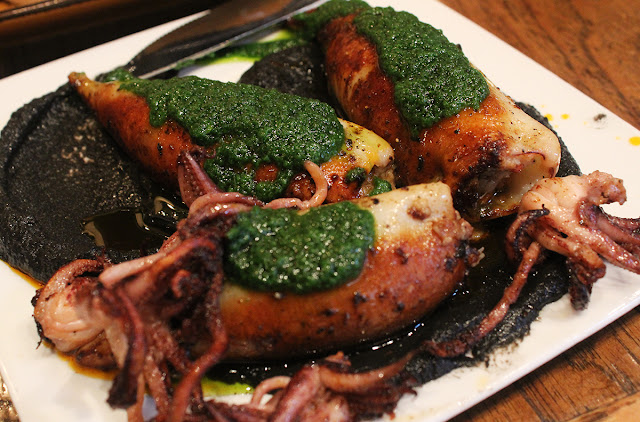 We ordered two squid dishes which were packed with flavor but a little on the salty side. Overall, still a great place for lunch or dinner and one I would recommend wholeheartedly. The prices were also reasonable. 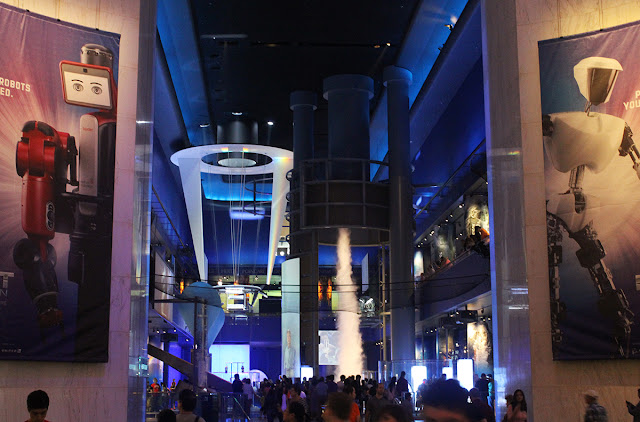 On our final full day we took a bus out to the Museum of Science and Industry which was huge. This museum is so much larger than I had anticipated and I wish we had allotted a bit more time for it. The first two floors are more for young children so I would recommend not spending a lot of time there if you don't have youngsters and proceeding to the third and fourth floors. The Science Storms exhibit was very eye catching and interactive and one of the highlights for me. 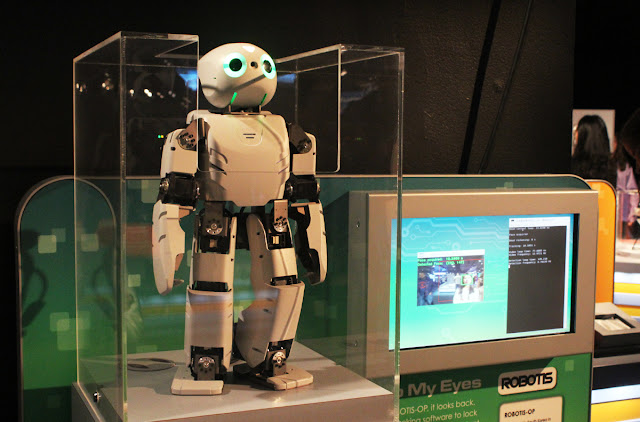 We also opted to pay a bit more to see the special Robot Revolution exhibit sponsored by Google and Boeing. The ads for this exhibit were all over downtown Chicago and it was worth the extra admission price. The exhibit focuses on getting the attention of a younger crowd but it was definitely intriguing to me and suitable for all ages. We spent about an hour and a half just at this section of the museum and could have spent more time if there wasn't more we wanted to explore. 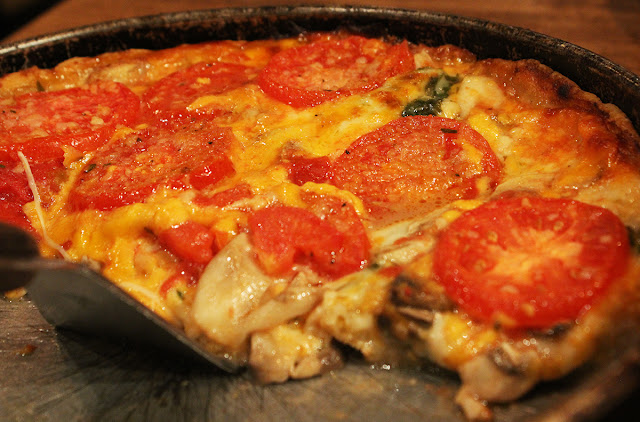 Finally, it would have been unfortunate if we went all the way to Chicago and not have gotten a taste of some classic deep dish pizza. This was my first time having deep dish and we chose to go to Lou Malnati's partially because there was one a few blocks from our hotel. The pizza was less deep than I was expecting actually and it was very indulgent. I enjoyed the pizza thoroughly but I'm firmly a New York slice fan.

Chicago is a beautiful city with amazing eats and lots to do. We didn't have enough time to explore the outer areas but I'm sure I'll visit the area again. Maybe next time I'll opt for an Airbnb north of the city and I have to make it a point to try a Chicago hot dog.... Notes for next time! Also, a quick shout out to Joyce (Bronzer Bunny) and Monika (Rocaille Writes) for their recommendations and tips! Have you been to Chicago? What are your favorite things about the city?
Labels: food travel