The Origins of the Cushion Foundation: 3 Things You Probably Didn't Know 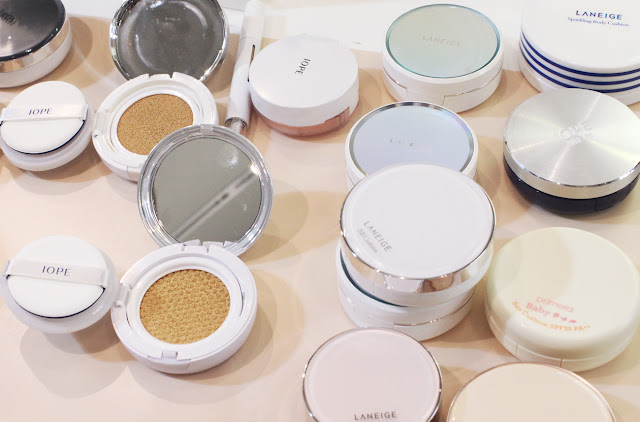 When I tried my first cushion foundation over two years ago at the beginning of 2014 after a two week trip to South Korea, I fell head over heels immediately. I knew it was a great concept but I had no idea that it would become the phenomenon it is today. I also would have never expected my Laneige BB cushion review and demo video to exceed 260,000 views on Youtube. Now as every Western brand from L'Oreal to Bobbi Brown releases their version of the cushion foundation, I think it's important to know more about the origins of this Korean beauty innovation.

Last week I was invited to an event held at an Aritaum store in New Jersey to learn more about the development of cushion cosmetics. Those of you who have ever been to South Korea will know Aritaum as the retail chain that sells various Amore Pacific brands from Laneige to IOPE to Sulwhasoo. 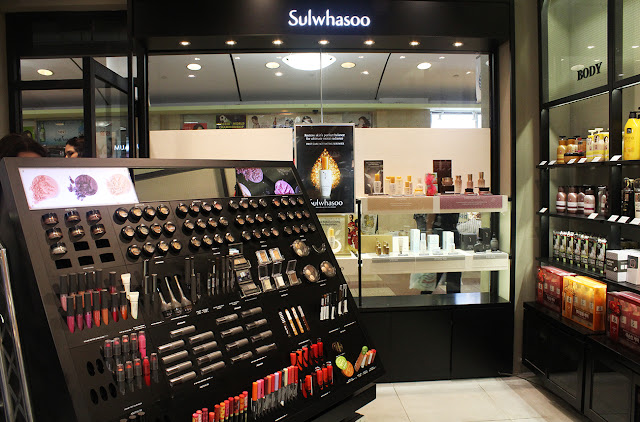 If you shop at Sephora or Nordstrom, you might recognize Amore Pacific and Sulwhasoo. Amore Pacific is actually the parent company of over 25 beauty brands like the ones I mentioned above as well as Etude House, Innisfree, Mamonde and Hera. You might liken them to the Estee Lauder of South Korea. 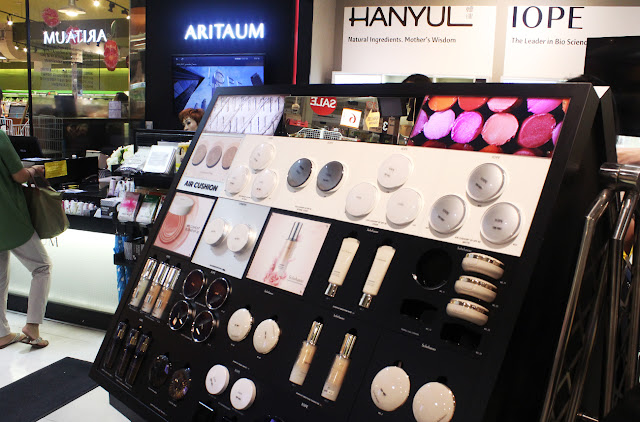 I'm happy to report that Aritaum is steadily making their presence known in the U.S. For those of you have been to Korean enclaves in New York or New Jersey, you may seen The Amore stores. They will be eventually converted into Aritaum branded locations which I'm personally really excited about. Before I ramble on forever about shopping for Asian beauty products in New York City, let me get back on track and share a couple of things I learned at the event from the researchers who created the first BB cushion foundation. 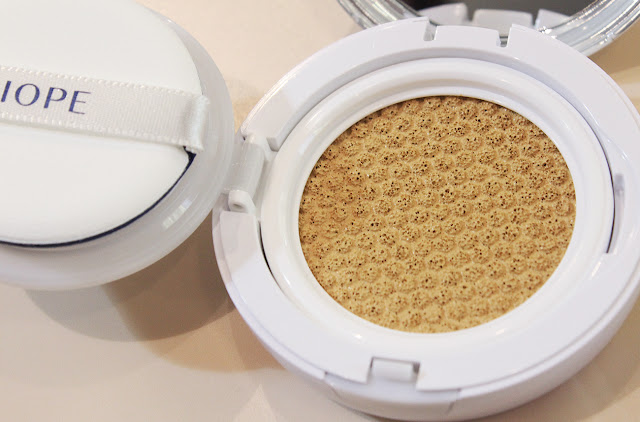 The inspiration for cushion cosmetics came from a stamp ink pad. Ten years ago, Amore Pacific researchers were thinking of new ways to offer sun protection that was more convenient than a tube. While getting a parking stamp, a senior researcher noticed how the ink from the stamp pad didn't leak yet transferred the liquid evenly. From that moment on, the R&D teams at Amore Pacific have been improving on that concept.

TV home shopping saved the cushion foundation from being a failure. When the first cushion foundation was launched in 2008, women didn't know what to do with it. Some thought it looked like a toy or didn't understand how to apply it. Amore Pacific brought the Air Cushion Sunblock, their first cushion release, on to home shopping networks to demonstrate how the product is supposed to be used. The strategy worked and sales of the cushion foundation exploded. Now 75 percent of Korean women have used or are using cushion compacts - which is really crazy considering there must be a segment of women who don't wear makeup at all.

Amore Pacific holds 284 intellectual property rights for their cushions and shows no signs of slowing down when it comes to improving them. When it comes to best selling makeup products in the Western market, there is often very little change over time. Many brands pride themselves in keeping with original formulas and it's not uncommon for there to be severe consumer backlash when they sniff change afoot. That's why I'm extremely impressed by Amore Pacific's commitment to continuously improving on their cushion technology. This isn't a passing foundation fad - cushion makeup is here to stay. I got a sneak preview at one of their latest improvements which you can see in the last photo. The sponge that holds the foundation has a new texture and will be launching later this year. This will prevent the product from sinking to the bottom of the compact and you no longer have to flip the sponge over. I'm stoked for this development because I definitely fall into the camp that flips over the sponge to get every last bit of foundation!

I've always been a fan of cushion foundations, though some are better than others, and I'm really excited to see more options available stateside. It was really great to hear more about the development process for this product because it's something so different than your standard liquid, powder or cream formula. I also want to be clear that this post is in no way sponsored so I hope you aren't put off by my excitement over what Amore Pacific has been working on.

Have you tried cushion makeup? I personally haven't tried any non-Korean brand cushions so I'm slightly curious about how those perform. Let me know which ones are your favorites in the comments!
Labels: Amore Pacific Aritaum BB cushion foundation IOPE Laneige