A Couple of Underrated Makeup Bits You Should Check Out 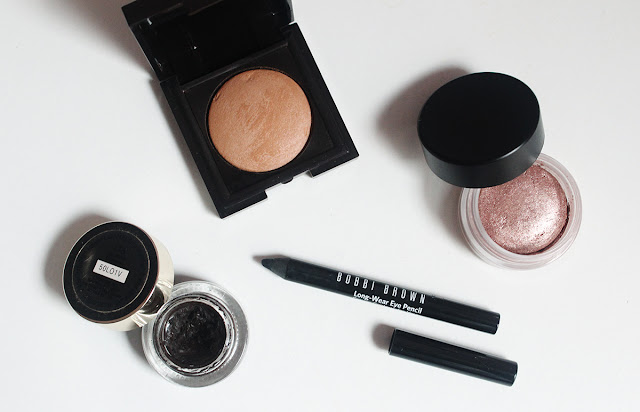 As a beauty blogger, I love it when I find amazing products that haven't been hyped up to the point where there's little point in adding my own thoughts. Recently I've been reaching a lot for a couple of things that have performed exceptionally well for me and I wanted to share them with you.

I talked about the Bobbi Brown Long-Wear Eyeliner in my July Favorites but I want to give it another shout out because it really blows my mind that I've never seen anyone talk about this liner. I prefer this over the famed Urban Decay 24/7 Glide On Pencils because the Bobbi Brown liner lasts much longer. There's minimal smudging at the end of a long work day sans primer which is no easy feat on my oily skin. Bobbi Brown's Gel Eyeliners are one of her best sellers so these pencils probably get overlooked because of that. If you prefer pencil format liners over gel, definitely pick up one of these.

Speaking of gel liners, the L'Oreal Infallible Gel Lacquer Liner is a great one from the drugstore that's less than $10. I have the shade Espresso which is a rich dark brown. The formula for this gel liner is perfect; smooth, pigmented and creamy. I can't remember exactly how long I've had this eyeliner but it's well over a year old and it hasn't dried out at all. Even without eyeshadow primer, this liner stays on for a full 12 hours with very minimal transfer. It looks almost exactly the same as when I applied it in the morning. There's no need to run out and purchase the more expensive and well known gel liners like Mac's Fluidline or even the Bobbi Brown ones because this is just as good. 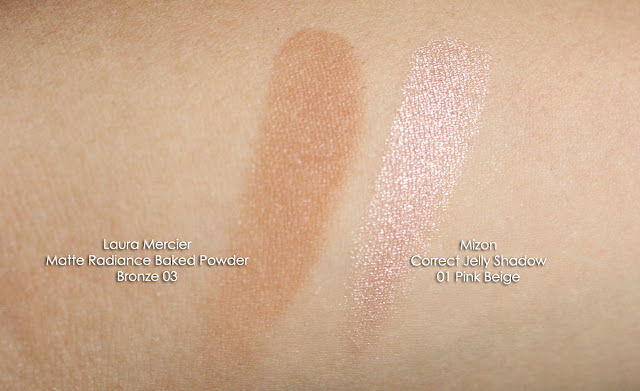 Everyone raves about the Laura Mercier Matte Radiance Baked Powder Highlight and while I'm sure it's a beautiful highlighter, the bronzers in the same line are worthy of some love too. I got this travel size compact as part of a Sephora 500 point perk and after swatching it for the blog, promptly retired this to the depths of my makeup collection. I brought this out a few weeks ago after shopping my stash and it's been in constant use since then. It's a really great warm bronzer that doesn't look too orange on the face. The baked powder is ultra smooth and blendable so it seamlessly melds into the rest of your makeup.

Mizon is a Korean brand well known for their skincare products but their Correct Jelly Shadow has me convinced their makeup is worth exploring. The shade I have is 01 Pink Beige and it's a really pretty shimmery pink champagne. I love using this as an eyeshadow "topper" right in the center of the lid over deeper matte tones. This shadow isn't really bouncy or gel like - I would describe it as a pressed pigment. It's not as crumbly as the L'Oreal Infallible Eyeshadows which I also really like, though the L'oreal ones are more metallic. The only downside is that Peach & Lily stopped stocking the Mizon shadow so you'll probably have to order it from a Korean-based web store. I was lucky enough to get this at a steal for only $3 at Peach & Lily's sample sale so I consider it a very good purchase.

I'm one of those people that gets put off by products that people are obsessed with so it's always a nice surprise when I fall head over heels for something under the radar. It's like my own little beauty secret (as lame as that may sound). What are some of your current favorite products that don't get enough recognition?
Labels: Bobbi Brown bronzer eyeliner eyeshadow favorites Laura Mercier Loreal Mizon