Getting on the Gelee Highlighter Trend with Laura Geller's Gilded Honey 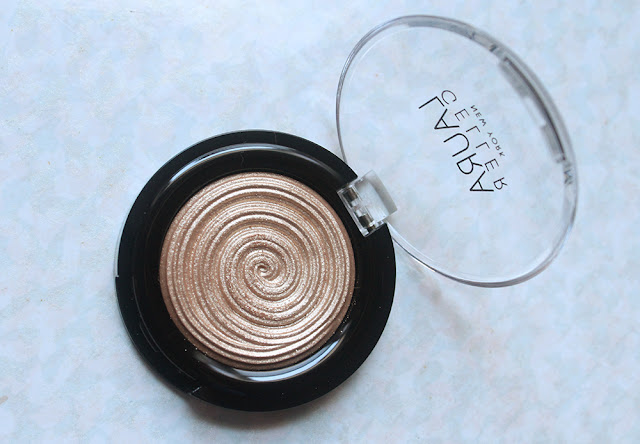 The highlighting trend has flooded the makeup aisles with new glowy powders, liquids and creams. One of the formulations I've been interested in trying is the gelee type of highlighter which I believe made its debut five years ago in the form of Estee Lauder's Modern Mercury. As many of you probably know already, gelee formulas are a very lightweight pressed powder that impart a strong, almost metallic, sheen.

On a recent trip to the Birchbox store in Soho, I built my own box and chose the Laura Geller Gilded Honey highlighter sample because I'd been eyeing it for awhile. You get to choose five samples from skincare, fragrance, bodycare, makeup and haircare categories for $15 which I think is a really great deal. If you're in the NYC area, they should still have this highlighter sample up for grabs! 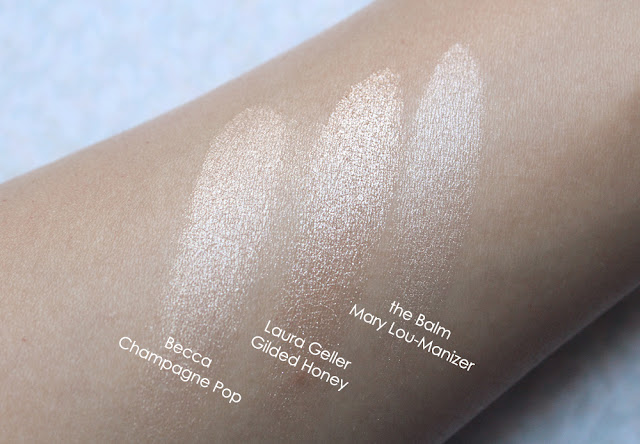 I've seen many swatches of Gilded Honey and thought it might look too dark or golden on my skin. Here I've swatched it next to two other popular highlighters in my collection, Becca's Champagne Pop and the Balm's Mary Lou-Manizer. You can see that Gilded Honey is warmer and more of a distinct gold with an intense metallic finish. It does have more of a glittery look than Champagne Pop and Mary Lou-Manizer. Granted, these are heavy finger swatches so on the face it won't look as intense. A little really goes a long way with the gelee formula. You can also definitely use this as an eyeshadow since it is so pigmented. 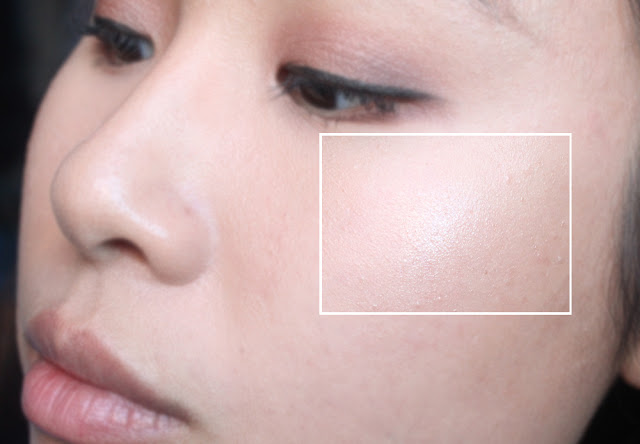 Here's a look at Gilded Honey on my face. It's a very in-your-face highlighter that illuminates the face with just one swipe. Personally, it's a bit glittery for my everyday look and the metallic finish does accentuate the texture of my skin a bit. It's really important to blend out the edges of this powder once its on your skin or else it will look very stark. Those who are going for that Instagram makeup look will love this whereas those who favor the no-makeup makeup look will not.

After trying Gilded Honey, I'm torn between whether or not the gelee formulation is for me. On the one hand, I think it's a really cool type of powder formula and the pigmentation is great. But the finish is so intense that it doesn't complement my usual look. All that being said, I'm happy to keep the mini Gilded Honey in my collection for when I want a fierce highlight. Have you tried gelee highlighters? Which are your favorites?
Labels: highlight Laura Geller review swatch