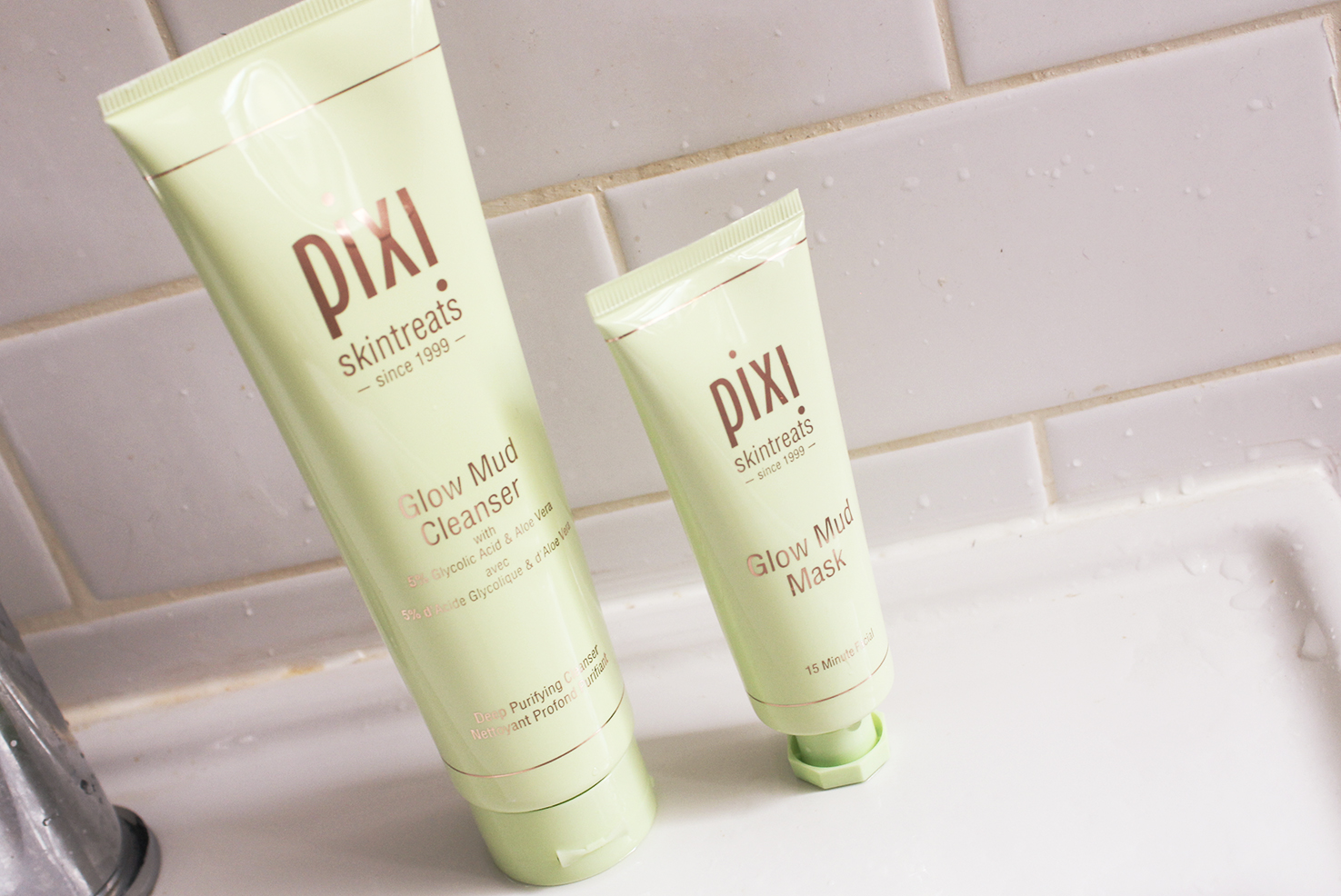 For someone with problematic, acne-prone skin, I've always been willing to pony up for pricey skincare in the belief (and hopes, so many hopes) that it will work better than something from the drugstore. I should note that by drugstore I mean American drugstore since affordable French and Asian skincare from the pharmacy are mainstays in my beauty stash. My snobbish skincare philosophy is the reason I'm so late in the game in discovering Pixi's skincare line.

A few months ago Pixi was having a sale and I bought a travel sized trio of their Glow range because I wanted to try their Glow Tonic, their famed glycolic acid toner. While I actually haven't gotten around to testing the Glow Tonic (because I'm using Biologique Recherche's P50 PIGM 400), I fell head over heels with the Glow Mud Cleanser and Glow Mud Mask. 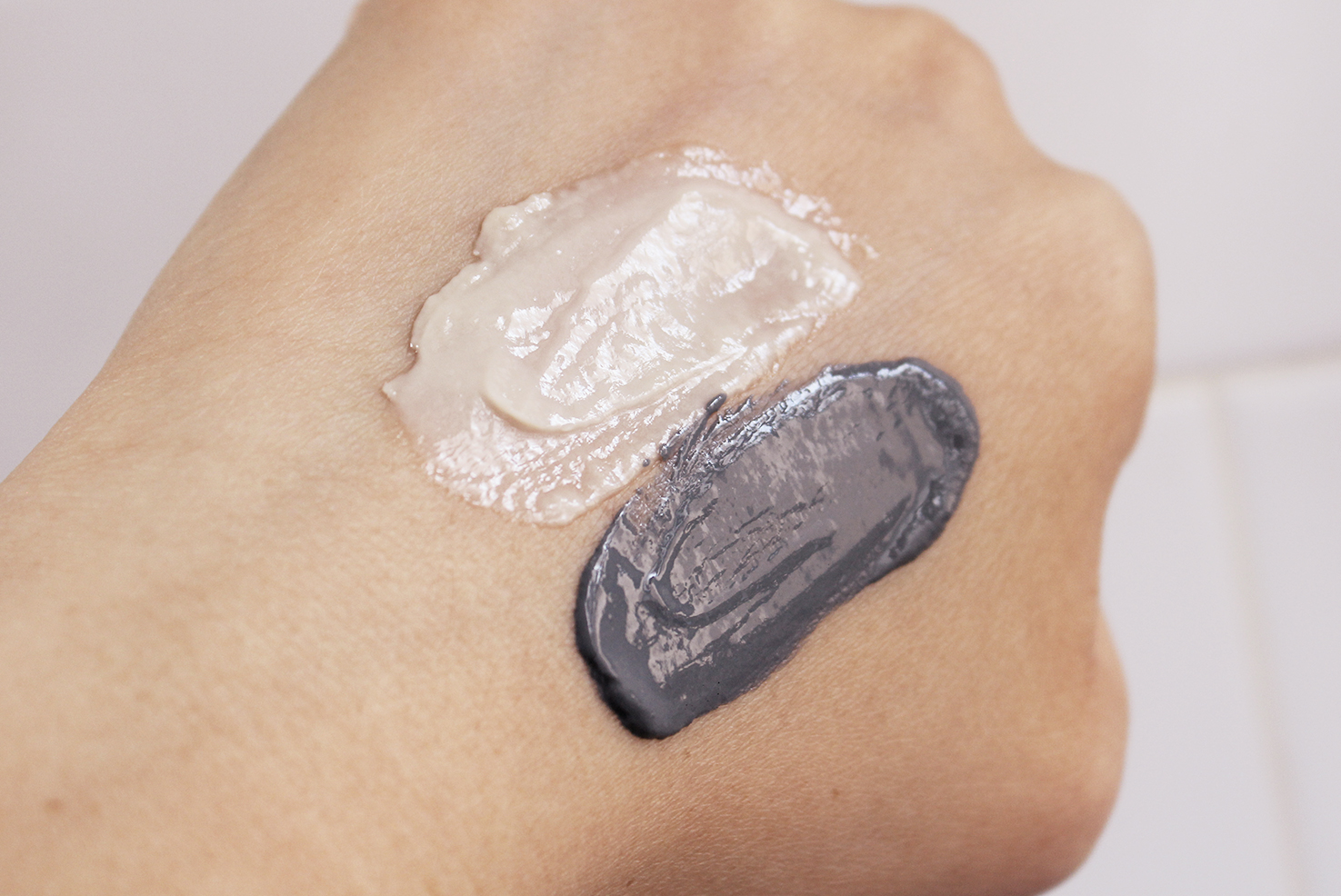 The Glow Mud Cleanser is a creamy cleanser formulated with 5% glycolic acid to provide a gentle exfoliation. Safflower seed oil, avocado oil, and squalane are some of the moisturizing ingredients that prevent this from being stripping or too harsh. The mud in the Glow Mud cleanser is diatomaceous earth. With a little bit of internet searching, I learned it's a powder made from the fossilized remains of algae and is high in silica which is supposed to strengthen skin. Despite its exfoliating properties, the Glow Mud Cleanser is really gentle on my skin and I never experience stinging or any redness after using this.

I most often use this as my nighttime cleanser (by itself if I didn't wear makeup that day and as the second cleanse if I was wearing makeup). I rub a nickel sized amount between my fingers and massage the cleanser all over my damp face and neck in small circular motions. The texture is almost milky when the cleanser mixes with water and the experience is really nice - if you told me this was a $40 cleanser I'd believe you.

The Glow Mud Mask is a pretty straightforward cleansing and clarifying mask but I love it because it's not at all drying. Along with diatomaceous earth, Pixi formulates this with kaolin, sea silt (Mediterranean and Dead Sea mud) and bentonite. Again, they've added jojoba seed oil, squalane and various botanical extracts for hydration and added skin benefits. Some clay masks dry my face out and aggravate my breakouts. The Pixi Glow Mud Mask dries down in 15 minutes but it doesn't make my face feel like the Sahara. Rinsing this off is also a breeze and my skin is ready for a spritz of toner (Pixi recommends following up with the Glow Tonic) and moisturizer. This mask reminds me a bit of Charlotte Tilbury's Goddess Clay Mask which is also cleansing without being overly drying - but that one goes for $55.

The Glow Mud Cleanser retails for $18 and the Glow Mud Mask retails for $22, making these both really affordable compared to skincare you'd find at Sephora and department stores. I highly suggest waiting for a sale from Pixi or their various retail partners like Target or Dermstore because you can snag these for even cheaper. I purchased the full sizes when Target was offering 25% off all beauty products and Dermstore always seems to have a 20% off discount floating around.

I'm so impressed by these two products from Pixi's skincare line and have a couple of their newer retinol products on my list to check out. Pixi's proven that you don't necessarily need pricey products to get good results