Books I Read When I Was In The Depths of Grief 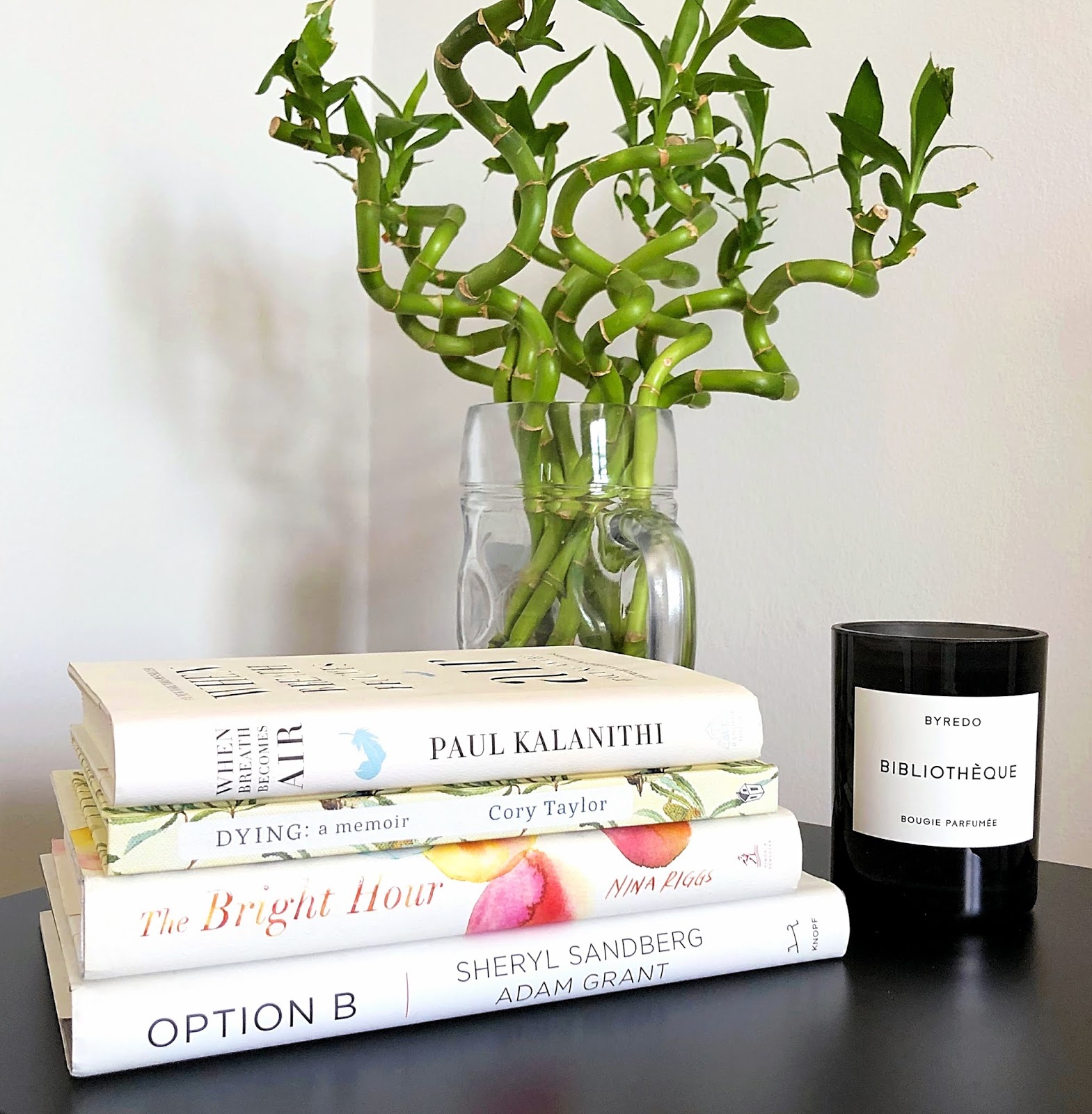 When I thought about the pros and cons of getting back into blogging and sharing my thoughts online, it weighed on me that so much of social media is essentially a highlight reel of our lives. In many ways, I understand that social media is an outlet where we want to spread positive feelings. But it's also unrealistic to have a great day everyday and it is completely normal to come up on hardships and sadness and allow ourselves time to bask in those negative emotions until we feel ready to be OK again. I want to allow myself to be a little more vulnerable in this space in the hopes that perhaps it will help someone out there that has faced or is facing similar hardships.

Nearly two and a half years ago my dad passed away after a grueling year-long struggle with lung cancer. Over the year that he was ill and many months after he was gone, I wrestled with how to process my grief as an only child and as a relatively private person. I didn't know any close friends who also lost their parents in their early 20s and I had never experienced the death of someone close to me.

I first heard about Paul Kalanithi's story from Cup of Jo in 2014, long before my dad's own lung cancer diagnoses. Paul was Joanna's twin sister's husband and he was diagnosed with incurable lung cancer at the age of 36. When Breath Becomes Air is his beautifully written memoir of his life before and after his diagnoses and how he confronted his illness as a neurosurgeon, husband and father.

The Bright Hour by Nina Riggs has been called 2017's When Breath Becomes Air but while the situation Nina finds herself in (aggressive breast cancer at 37 years of age and a mother) is similar to Paul's, her writing style is poetic and very different from Paul's. Before Nina's death, she became friends with Lucy Kalanithi (Paul's wife) and urged her husband to talk to Lucy after her death. He took her advice and the rest is still being written.

I sought out Cory Taylor's memoir Dying after reading an excerpt from her book in The New Yorker. Cory brings a humorous levity to the very unfunny process of a drawn out death. She opens up her memoir by writing candidly about her thoughts on euthanasia, which I wholeheartedly believe is the humane thing that we should offer the terminally ill. In fact, Maine just became the eighth state in the United States to legalize assisted suicide.

Regardless of what you think about Facebook, Sheryl Sandberg's Option B contains helpful advice for how to live after loss. It's an easy read and one that is more like a self-help how-to compared to the ones I already mentioned.

Two other books I read and found really helpful in understanding death and what happens to people after they die in the biological and logistical sense are Smoke Gets in Your Eyes: And Other Lessons from the Crematory and Stiff: The Curious Lives of Human Cadavers. Both authors delve into the the nitty gritty minutiae of death employing humor in a respectful way. Understanding death as a natural part of life helped me lessen the feelings of things being not fair. All living things will die and accepting that fact helped me lessen my grief considerably.

Grief is not something that shuts off one day; it ebbs and flows and sometimes after weeks of normalcy it will bubble up suddenly and knock you over. I plan on rereading all of these books at some point because I think my outlook will take new forms over time. I hope that if you're going through a difficult loss or situation, you might find some comfort in the words of these writers.
Labels: Life